Harlem Hellfighters: The Overlooked African-American Heroes Of World War I

Though they spent more continuous time in battle than any other regiment, the Harlem Hellfighters never got the recognition they deserved. 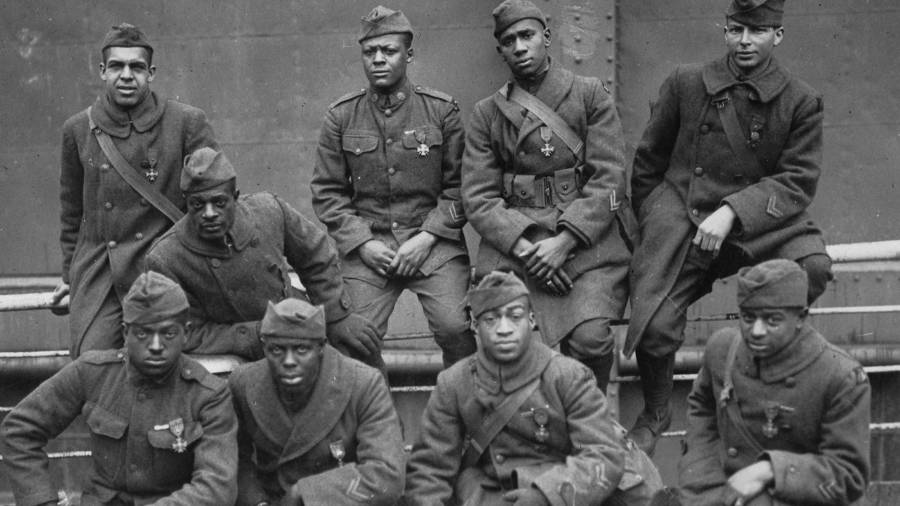 Wikimedia CommonsThe Harlem Hellfighters upon their return from Europe in 1919.

The French described them as “Men of Bronze,” others knew them as the “Black Rattlers,” and their official title was the 369th Infantry Regiment of the United States Army.

But you can call them the “Harlem Hellfighters.”

The Germans did. And it’s a fitting description for one of the first all-black U.S. Army units that — despite the low expectations of American skeptics — fought valiantly on the front lines of World War I.

If you haven’t heard of them before, it’s not surprising. Their success as one of the most decorated units of the war was quickly obscured in the virulent and violent racism of 1920s America.

But before the Harlem Hellfighters were once again relegated to lives as second-class citizens, for one brief moment — on a sunny New York day in February 1919 — it had seemed as though they might have changed how Americans saw race and how foreigners saw America.

By overcoming stigma at home and surviving 191 days of enemy fire abroad, it almost looked as though the Harlem Hellfighters had changed the world. 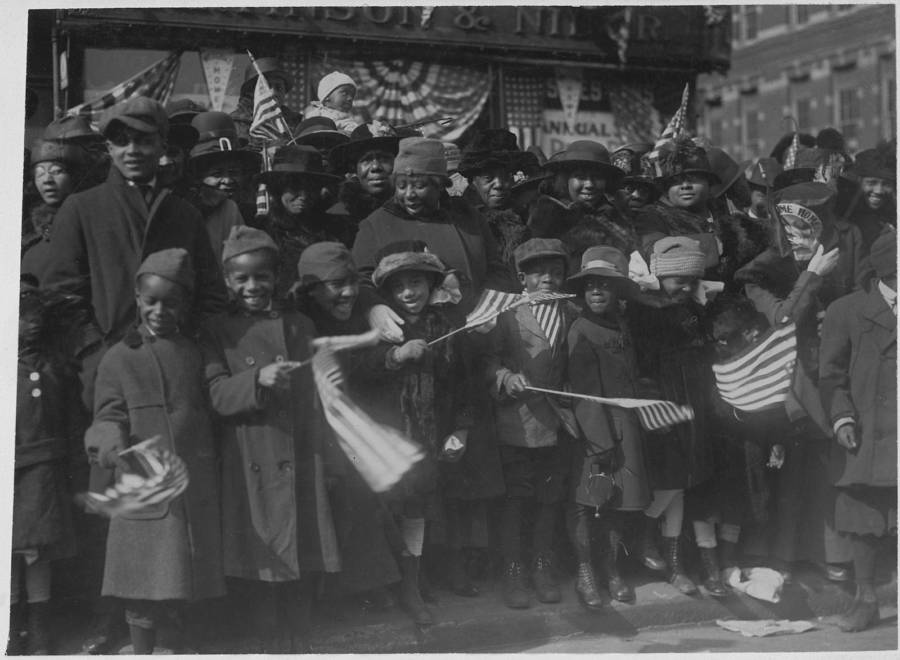 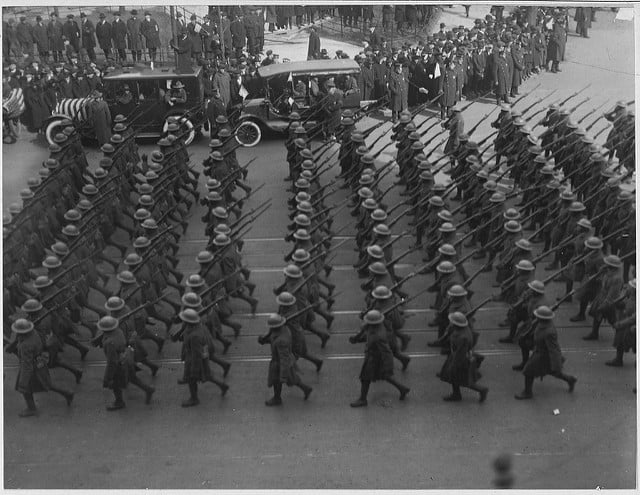 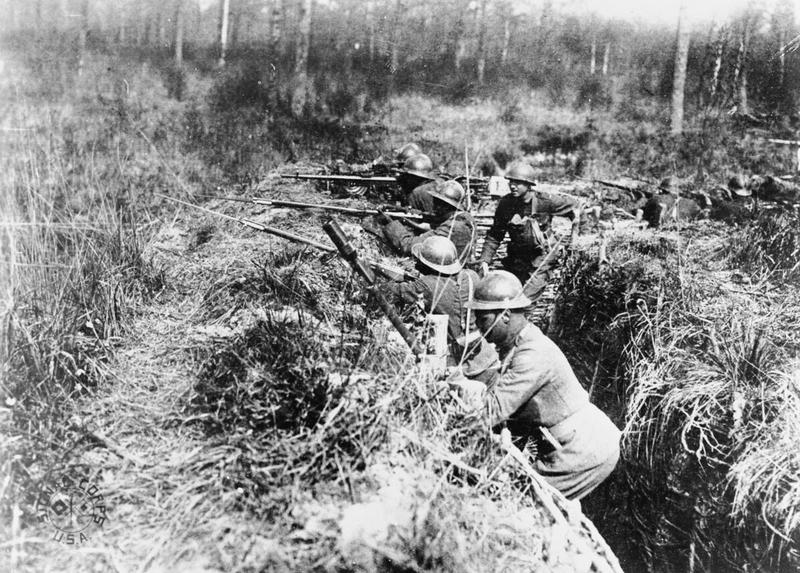 Wikimedia CommonsTroops of the Harlem Hellfighters on the Western Front, 1918.

When President Woodrow Wilson — not known for his racial tolerance — declared that the U.S. would join the Allies in fighting the Central Powers, black Americans were divided on where they might fit into the war effort.

“Will someone tell us just how long Mr. Wilson has been a convert to TRUE DEMOCRACY?” one African-American paper wrote of the hypocrisy in Wilson fighting for democratic rights overseas.

Others saw an opportunity for unity.

“Let us, while this war lasts, forget our special grievances and close our ranks shoulder to shoulder with our white fellow citizens and the allied nations that are fighting for democracy,” W.E.B. Du Bois urged in what became a controversial piece.

All in all, 2.3 million black men registered for the draft. The Marines turned them down, the Navy took a few, and the army accepted the most — resulting in the enlistment of 380,000 African-Americans. 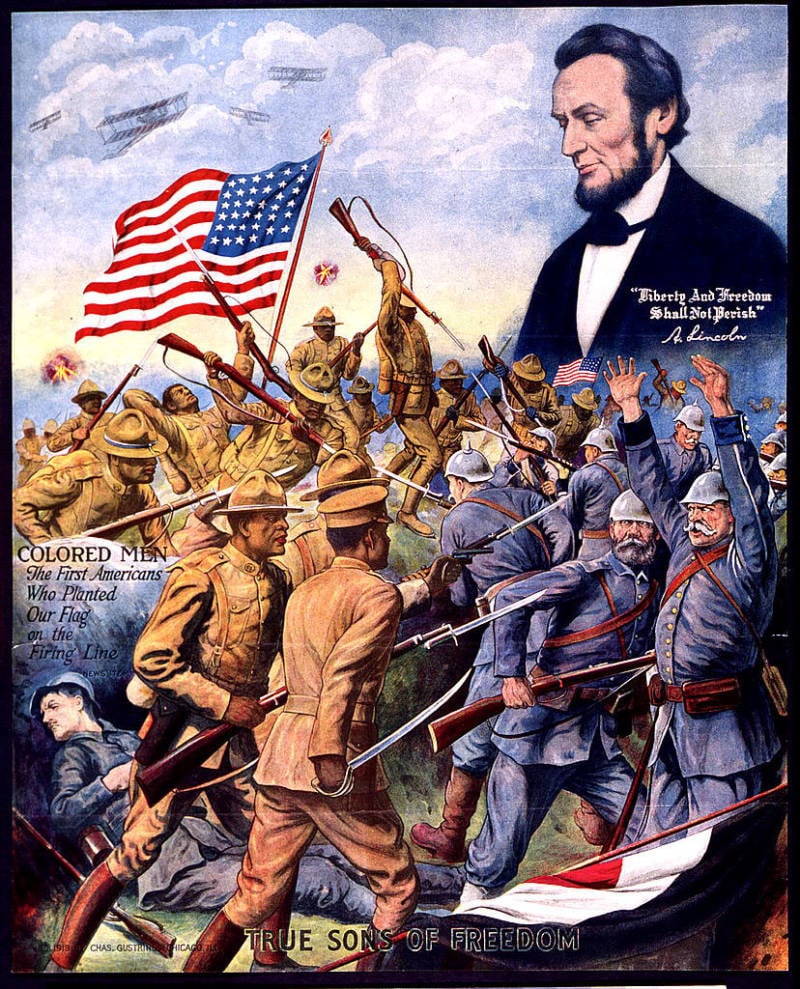 About 200,000 of those soldiers would be shipped overseas, where they remained segregated into their own units — most of which were relegated to difficult manual labor in noncombat military camps.

Only 11 percent of black soldiers actually saw action. The Harlem Hellfighters were among them.