Harold Wilson: The Pipe-Smoking People’s Prime Minister Who Kept A Photo Of The Queen In His Wallet

The Lion of the Labour Party, Harold Wilson forged a close relationship with the Crown to focus on the working class and lead Britain through its "Golden Age of the Welfare State." 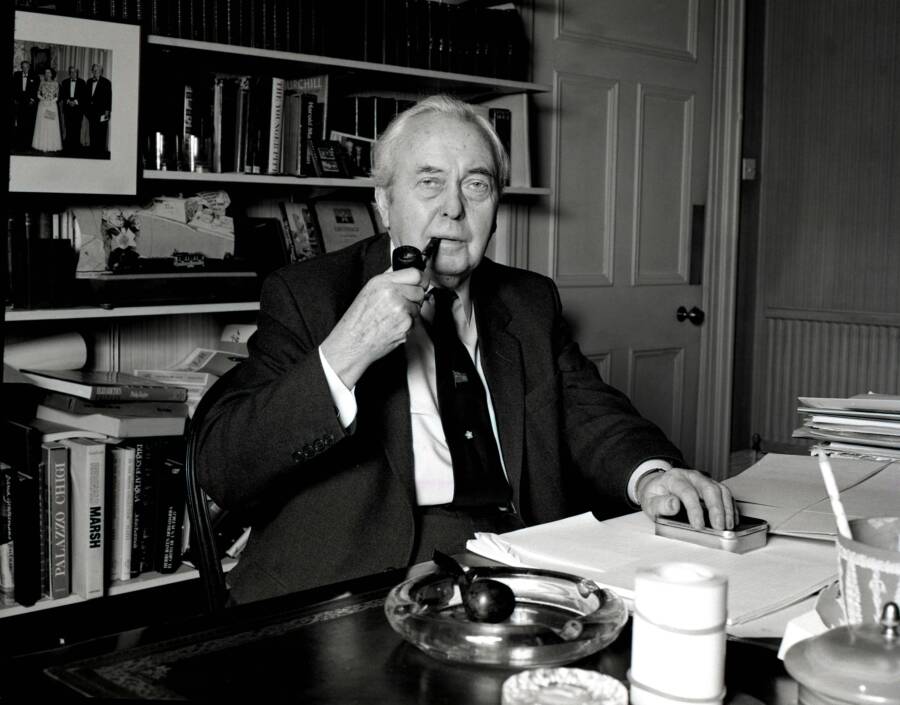 Wikimedia CommonsLord Harold Wilson was famous for his humble touches, like preferring a pipe to a cigar.

Harold Wilson smoked a pipe. He wore a blue-collar Gannex raincoat and retained a Yorkshire accent. Though the Prime Minister of Great Britain from 1964 to 1970, Wilson was a man of the people.

He evoked the moors rather than the prim Southern manors of Received Pronunciation when he spoke. Wilson was so beloved that he was Prime Minister twice, elected again from 1970 to 1974. But he is not remembered nearly as vividly as his predecessor Winston Churchill and his antecedent Margaret Thatcher.

Rather, Wilson’s legacy in his time was one of modernity and a genuinely warm friendship with Queen Elizabeth, a friendship which will be memorialized in season three and four of Netflix’s The Crown.

Harold Wilson at a pipe convention. Apparently those exist.

Despite this royal friendship, Wilson retained and projected modesty. Before ascending to the British head of government, he once said: “I still can’t believe it…Just think, here I am, the lad from behind those lace curtains in the Huddersfield house you saw – here I am about to go to see the Queen and become prime minister…I still can’t believe it.”

Wilson was perhaps the most down-to-earth prime minister the U.K. had seen up until that point. Thoroughly Northern, James Harold Wilson was born in 1916 to a lower-middle-class couple. His father was an industrial chemist named James Herbert and his mother named Ethel Sedden, who worked for the British version of the Girl Scouts.

From his mother, the future prime minister inherited a love of adventure and the outdoors. From his father, he inherited a sense of justice and an interest in how politics could affect normal people, saying: “Unemployment more than anything else made me politically conscious.” 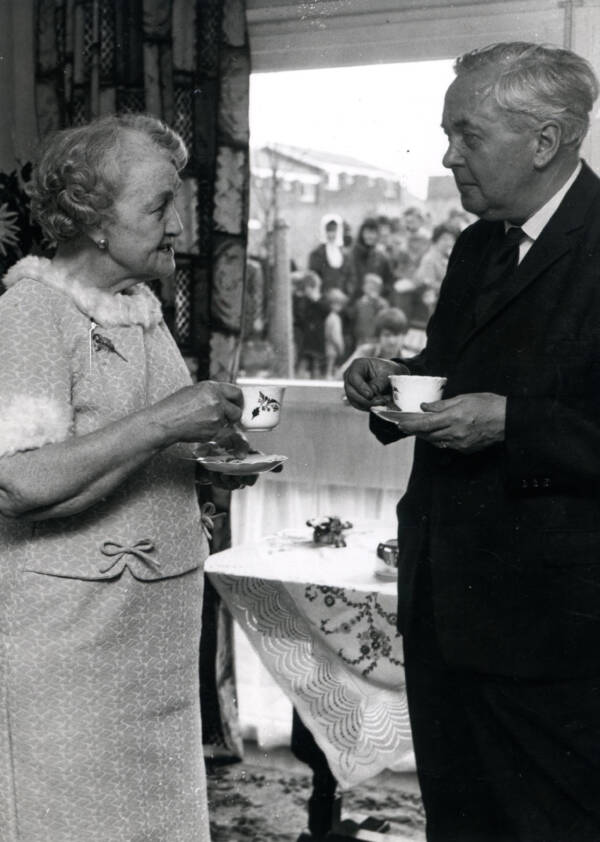 Wilson married natural talent and hard work with a fair amount of luck, winning a county scholarship to a coveted secondary school called Royds Hall. After that, a history scholarship brought him to Oxford. Wilson studied economics and history there. He focused on unemployment and trade, two concepts close to his heart which would be closer to his policies.

He married at 24 to a minister’s daughter who gave him two children.

Harold Wilson’s elevation through the Labour Party was rapid, winning a seat in the House of Commons in 1945, then becoming President of the Board of Trade, Cabinet Minister (the youngest in British history since the 18th century), spokesman on Finance, and finally, in 1964, Prime Minister.

His ascension marked the end of 13 years of Tory (center-right conservative) party.

The Times They Are A-Changing In Harold Wilson’s Britain

Harold Wilson led Britain into an unprecedented time of change — and enormous uncertainty. 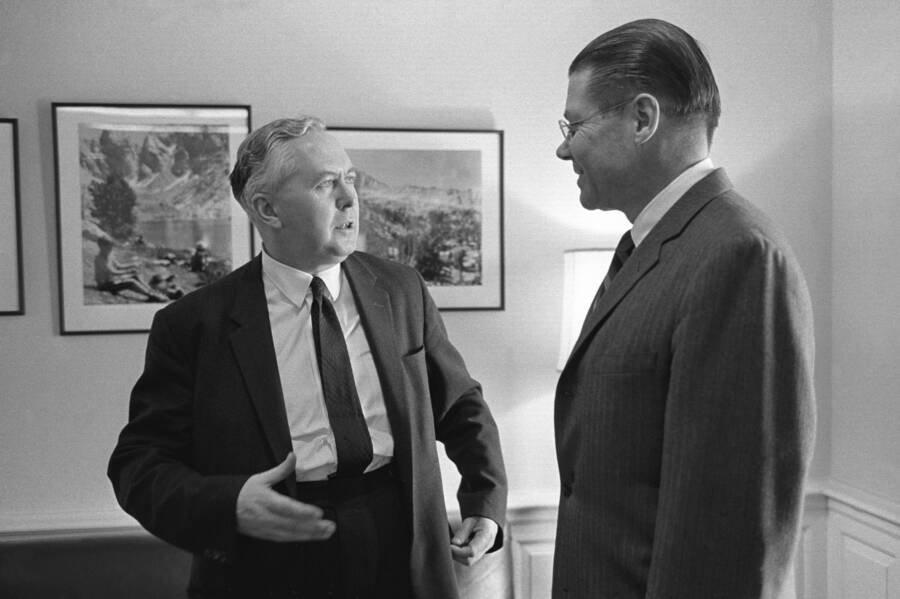 At home, Wilson focused on helping working people. Pensions were raised, rents frozen, and many other economic stopgaps were put in place. His time in office was hailed by some as “The Golden Age of the Welfare State.”

Education and modernization were also two of Wilson’s pet projects. He recognized that Britain was “burning with the white heat of technology” as new freedoms like the birth control pill and widespread TV access became the general growing pains of the 1960s. 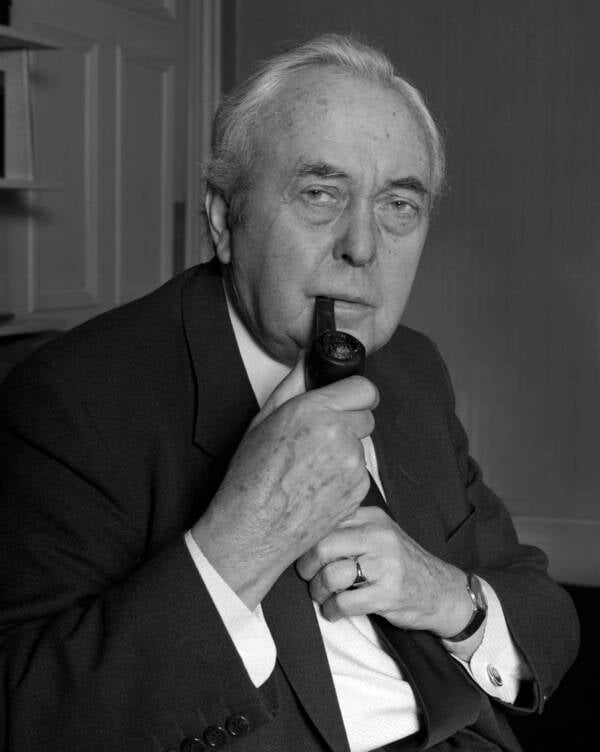 Wikimedia CommonsWilson was alternately considered to have no principles and to be a practical politician who eschewed dogma.

Meanwhile, the media couldn’t get used to Wilson’s middle-class habits, his beer-drinking over wine, his preference for soccer over opera, and quiet domestic life over glittering cocktail parties.

A satirical magazine mocked the down-to-earth prime minister and his wife, writing: “We had prepared two large caldrons of savory mutton hash and two jumbo-sized syrup puddings kindly supplied by the London Co-op.”

When Wilson was the head of government for the U.K. again from 1970 to 1974, he grappled with coal miner’s issues and the unrest in Northern Ireland.

Harold Wilson at home with his family for a press op.

By Wilson’s own admission, he was more politique than philosopher, plainly summing up his style: “I’m not doctrinaire, I just want to get on with the job.”

The Yorkshire Man And The Queen

Fans of The Crown well know that Queen Elizabeth II has been in power for decades, since the tender age of 25. Wilson was the Queen’s fifth prime minister, and according to the actress who will play her in middle age, one of her favorites: “Whatever you want [the queen] to be, she sort of is. I want her to be a leftie and think she is because she loved Harold Wilson,” reasoned actress Olivia Colman.

Indeed, Queen Elizabeth’s invitations seem to agree with the actress. Wilson was often welcomed to Balmoral Castle in Scotland for picnics with the royal family. By all accounts, the prime minister very much enjoyed these outings, and an aide recalled: “Harold [Wilson] liked the boy scoutish things…like collecting wood for the barbecue, and rubbing two sticks together.”

While he adored these trips, other prime ministers didn’t feel the same. Margaret Thatcher never had proper shoes for the outdoorsy fun and regarded the little adventures as purgatory. 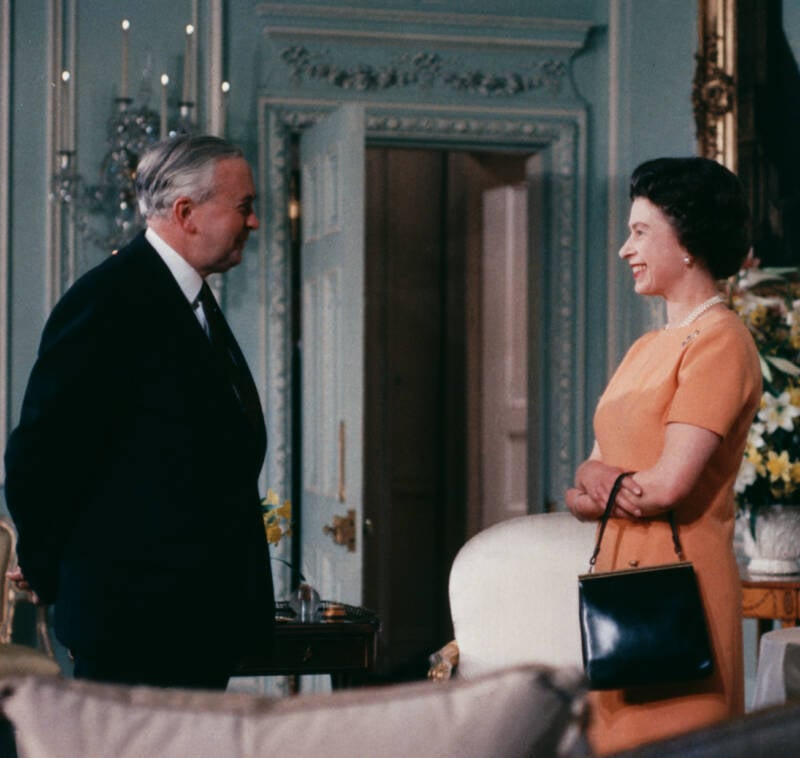 This mutual affection and regard extended to London as well. Wilson led a left-leaning party which is the antithesis of the conservative institution of monarchy, yet he enjoyed a “relaxed intimacy with Queen Elizabeth.” He was allowed to smoke during their weekly audiences, and his photo of them together nearly disintegrated from years stored away in his wallet.

The queen regarded herself as something of a therapist for her prime ministers, particularly as she grew more confident in her role as head of state. “They unburden themselves,” the queen once said. “They know one can be impartial. It’s rather nice to feel that one’s a sort of sponge and everybody can come and tell one things.” 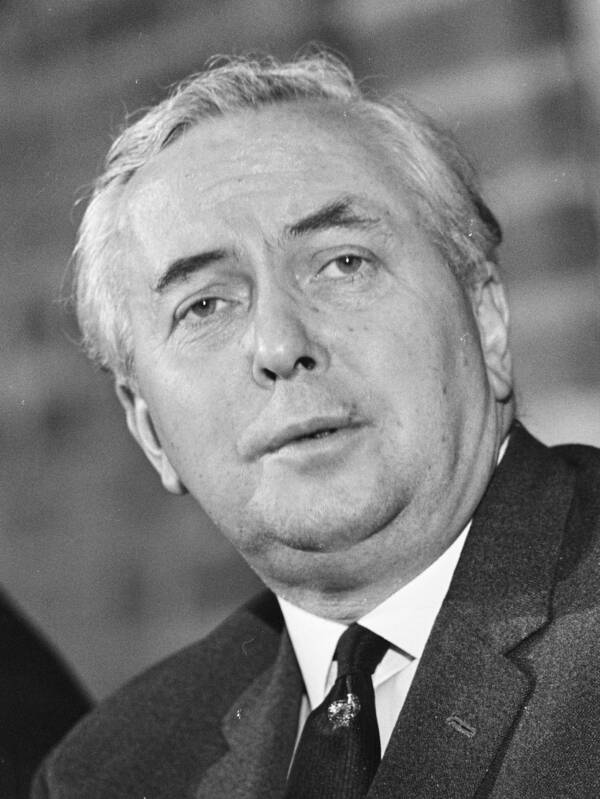 However, their relationship wasn’t one of blind loyalty. Wilson referred to their meetings impishly as going “to see mother.” One anecdote underscores how their relationship could oscillate from true warmth to frostiness: when the queen once doubted a name on Wilson’s list for an honored position, she commented: “Please remind the Prime Minister there is always time to think again.”

Wilson’s predecessor, Winston Churchill, once said: “Of course, when you are winning a war almost everything that happens can be claimed to be right and wise.”

Much the same could be said for Wilson but in reverse. At the time, Britain was slipping from the world’s stage and Wilson was saddled with that responsibility. The country’s failures were often attributed to failures on his part. He also fell prey to several bizarre conspiracy theories. 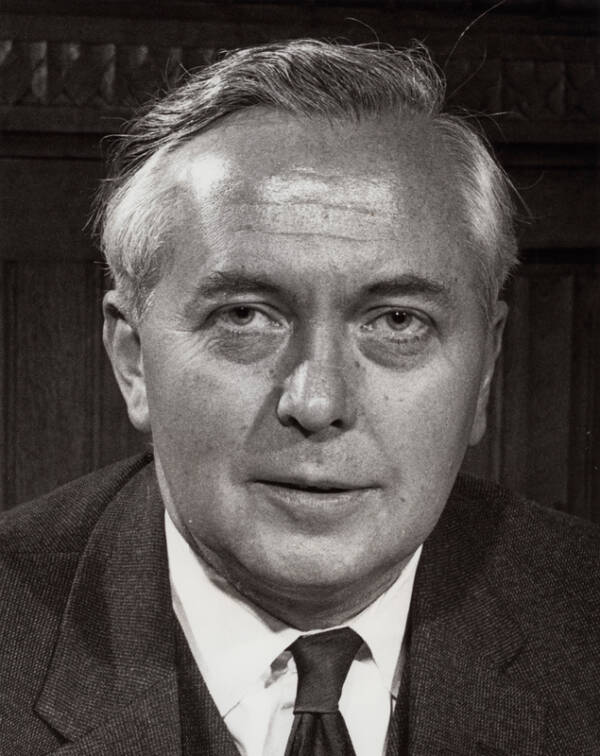 One such conspiracy involved Marcia Williams, the future Lady Falkender, his private and personal secretary for decades.

Until Margaret Thatcher, Williams was the most prominent woman in British politics (save the queen), and rumors flew that she was having an affair with the prime minister.

Another was that she was the author of the notorious “lavender list,” a roundup of names of people to be honored, written on purple stationery, that was later said were mostly people who had personally helped Williams. She won a 2007 libel trial with the BBC over the controversy.

A 1963 conspiracy asserted that Soviet defector Anatoliy Golitsyn claimed Wilson was a KGB spy (MI5 concluded there was no truth to the allegation).

Yet another conspiracy included a 1986 claim that MI5 had sought to destabilize Wilson’s government, which Margaret Thatcher strongly denied.

However, history remembers him as a man who tried to bring Britain through the growing pains of the mid-twentieth century. His second term saw Britain holding membership in the Common Market, and fostering a stronger relationship with the United States.

He even famously awarded the Beatles the MBE for their contributions to art and science (though, they later wrote “Taxman” in criticism to the high taxes he imposed: “If 5pc appears too small/be grateful I don’t take it all.”).

Future prime minister Tony Blair, another Labour Party member, memorialized Wilson as having “a deep sense of modern vision for the country,” adding “He has come closer than any politician in his time to an instinctive understanding of the British people.”

After this look at Harold Wilson, the people’s prime minister, check out more stories about the unusual lives of politicians, like what shocking things U.S. presidents have said (or done). Then, explore the travails of the furry mayor of Omena, Michigan: Sweet Tart the cat.