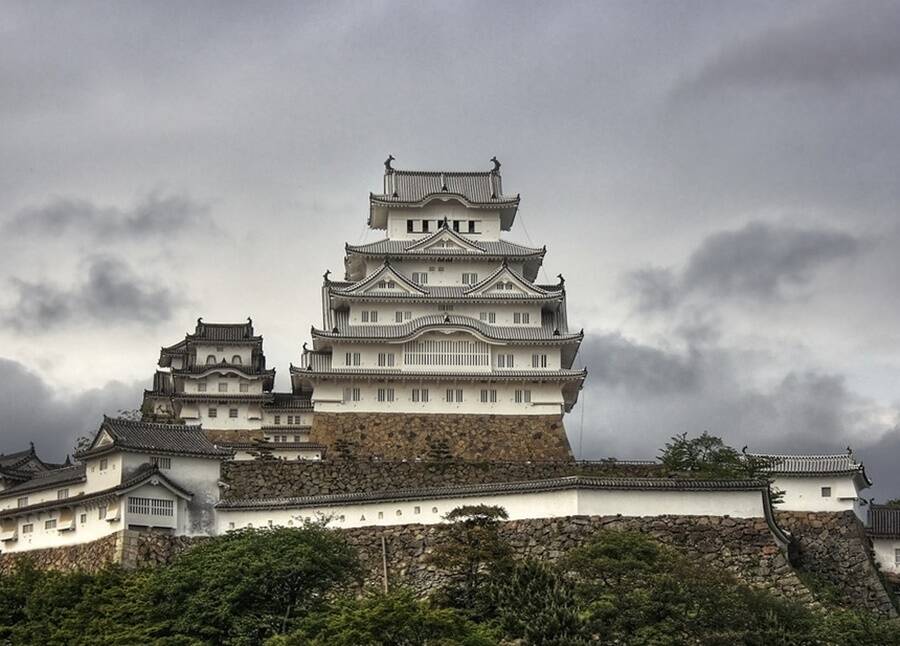 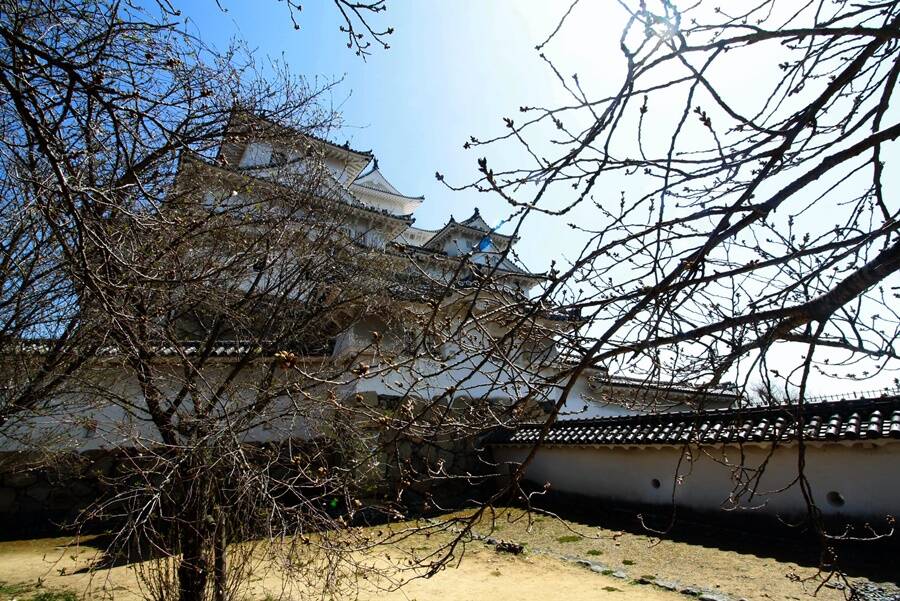 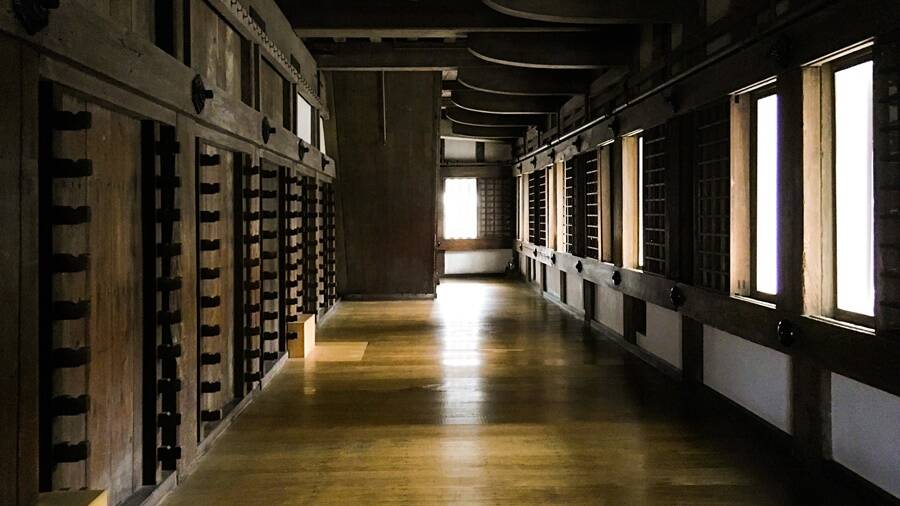 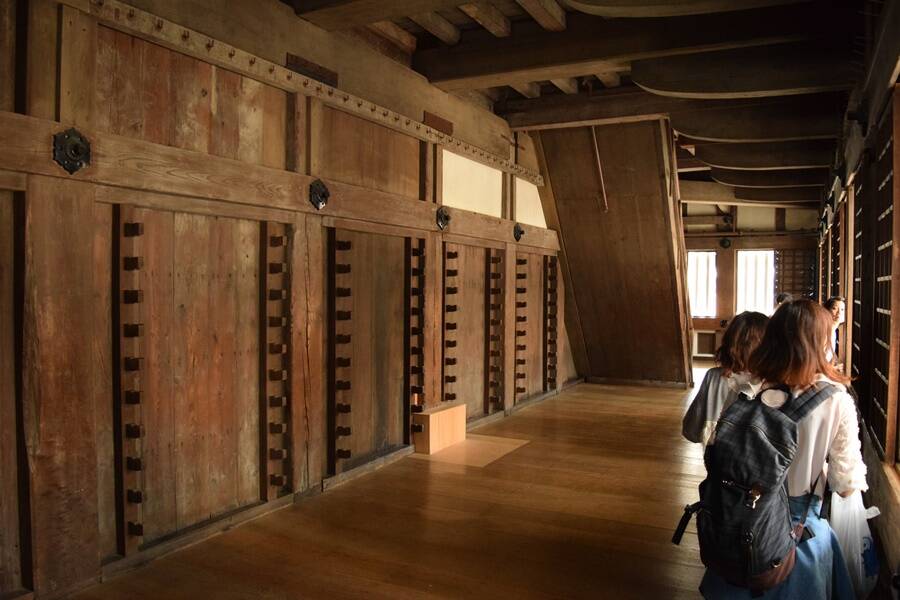 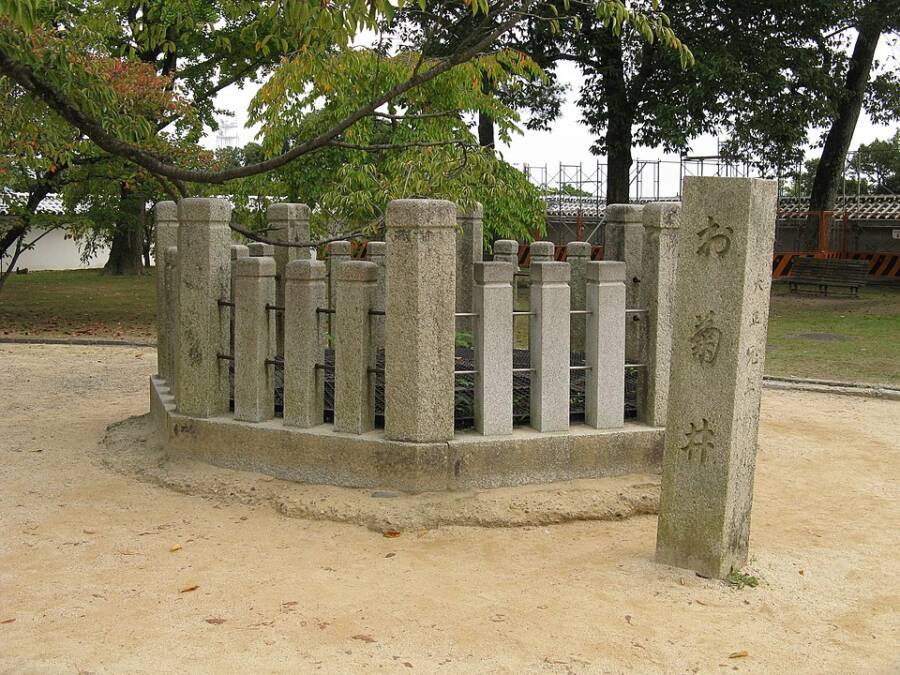 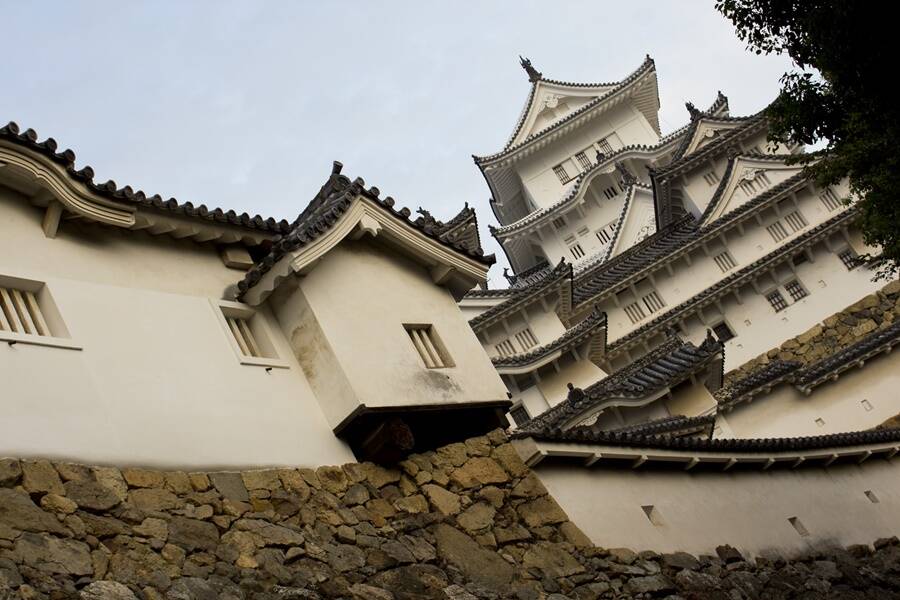 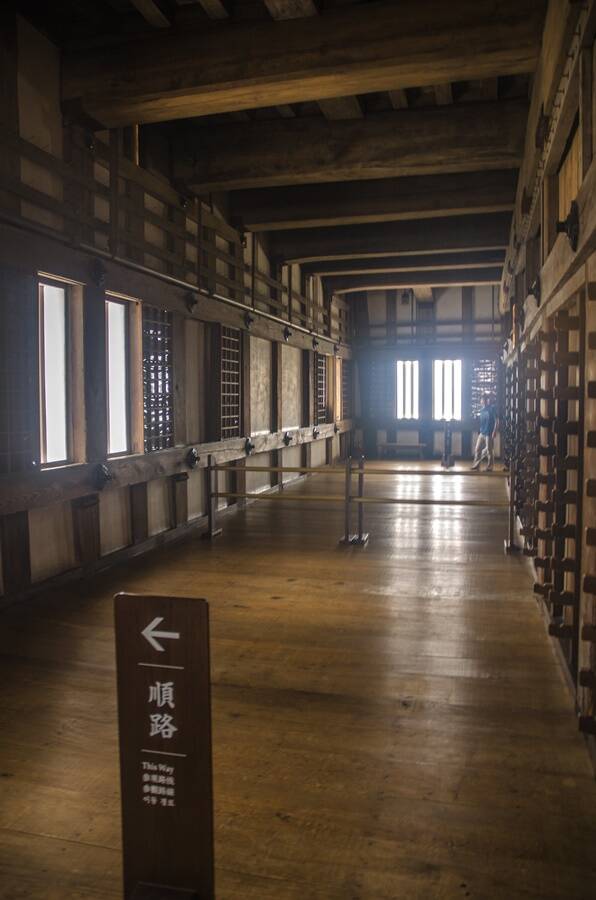 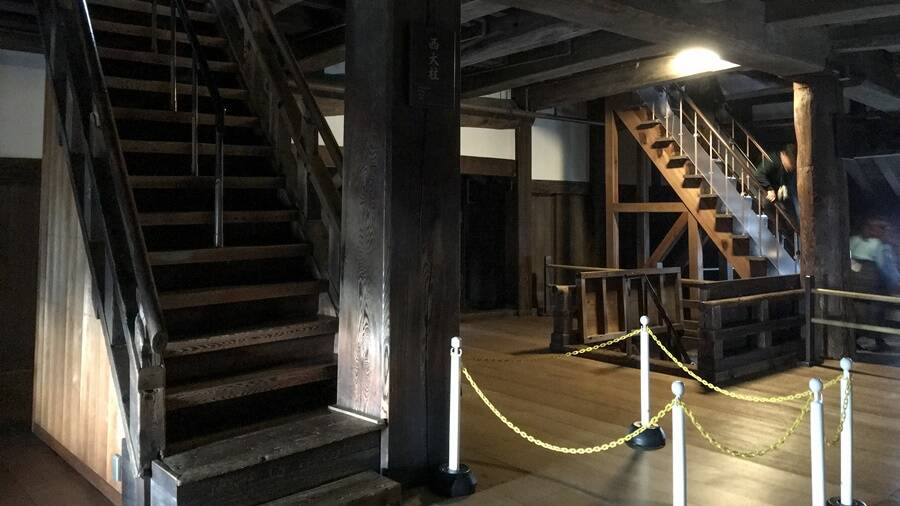 1 of 9
Himeji Castle in Japan's Hyōgo prefecture is famous for the horrific legend of a murder that occurred there, which inspired the 1998 Japanese horror movie Ringu.

The movie was later adapted for American audiences as The Ring.Daniel Mennerich/Flickr
2 of 9
The yard at Himeji Castle. The structure, which sits atop a hill in the middle of the city, is also known as the "white heron" due to its bright white facade.Blondinrikard Fröberg/Flickr
3 of 9
Himeji Castle was constructed in 1333 as part of a defensive fort commanded by Akamatsu Sadanori, whose father was a samurai and governer of the territory. Daniel Ramirez/Flickr
4 of 9
Hallways inside the castle. John Dunsmore/Flickr
5 of 9
According to legend, a samurai named Tessan Aoyama fell in love with his servant, Okiku. When she rejected his advances — even under the threat of being executed — he killed her by throwing her into the castle's well (pictured). Thus, the horrific myth of the castle was born.Wikimedia Commons
6 of 9
It is said that the ghost of Okiku appeared out of the well every night to haunt her killer. The samurai was ultimately drove into madness.

The story of the haunted castle inspired the 1998 Japanese horror movie Ringu which was later adapted by Hollywood as The Ring.Japanexperterna/Flickr
7 of 9
The castle still preserves its wooden interior. The winding paths leading up to the structure were said to be a strategic defensive design to fend off invaders.Wayne Hsieh/Flickr
8 of 9
The eerie architecture of the castle's insides feed its haunted reputation. Daniel Ramirez/Flickr
9 of 9 Himeji Castle, also known as the "White Heron" for its striking white facade on a hilltop in the middle of the city of Hyōgo, is one of the most popular tourist destinations in Japan. But the castle's checkered past has also attracted fans of the supernatural. Its legend even inspired the terrifying Japanese horror flick Ringu, which was later adapted as The Ring in the United States.

The haunted castle was constructed in 1333 as part of a defensive fort commanded by Akamatsu Sadanori, whose father was a samurai and governor of the territory. As with most ancient castles in Japan, Himeji had many owners.

After it was bestowed upon Ikeda Terumasa, a famous politician in the early Edo period, the castle went through several improvements. Among its upgrades was the construction of winding pathways, which was meant as a defensive strategy to confuse invaders. But the horror of Himeji Castle lies in the legend of one of its previous owners. The castle is said to have once belonged to a samurai named Tessan Aoyama, who fell in love with his servant Okiku.

But Okiku rejected him and so the nobleman concocted a sinister plan to force her hand in marriage. He accused her of stealing a valuable gold plate in the castle, an allegation that could result in her torture and execution if she did not accept him. To his surprise, Okiku still refused him and so the samurai killed her by throwing her down the well of the castle.

Her gruesome death led her spirit to allegedly haunt the castle grounds every night, ultimately driving Aoyama into madness. The insidious tale later spawned the 1998 Japanese film Ringu, in which an evil spirit crawls out of a well to haunt unlucky trespassers.

The palace was designated as a World Heritage Site by UNESCO in 1993. Visitors to Himeji can still gaze upon the legendary well, though a barrier was erected around it — lest anyone else plunge to their death. 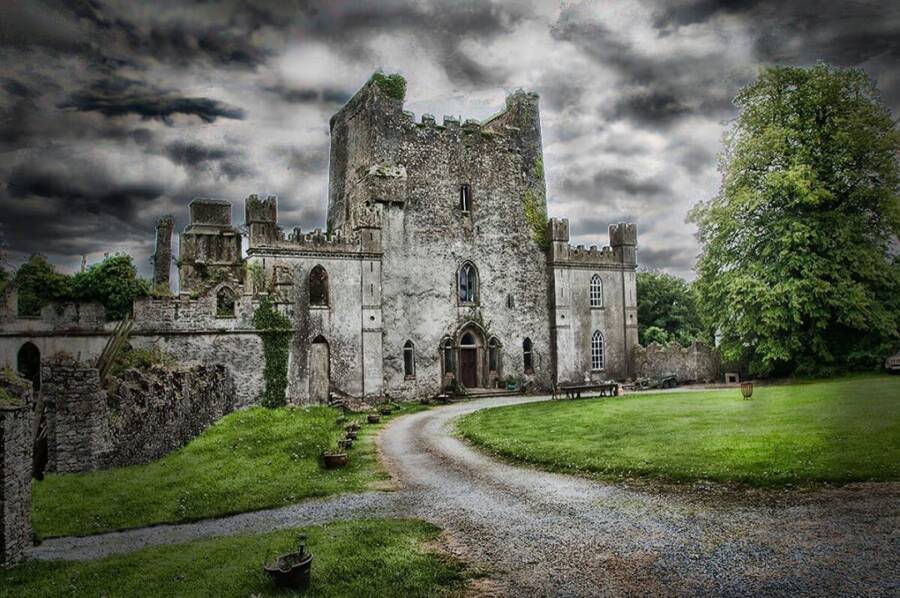 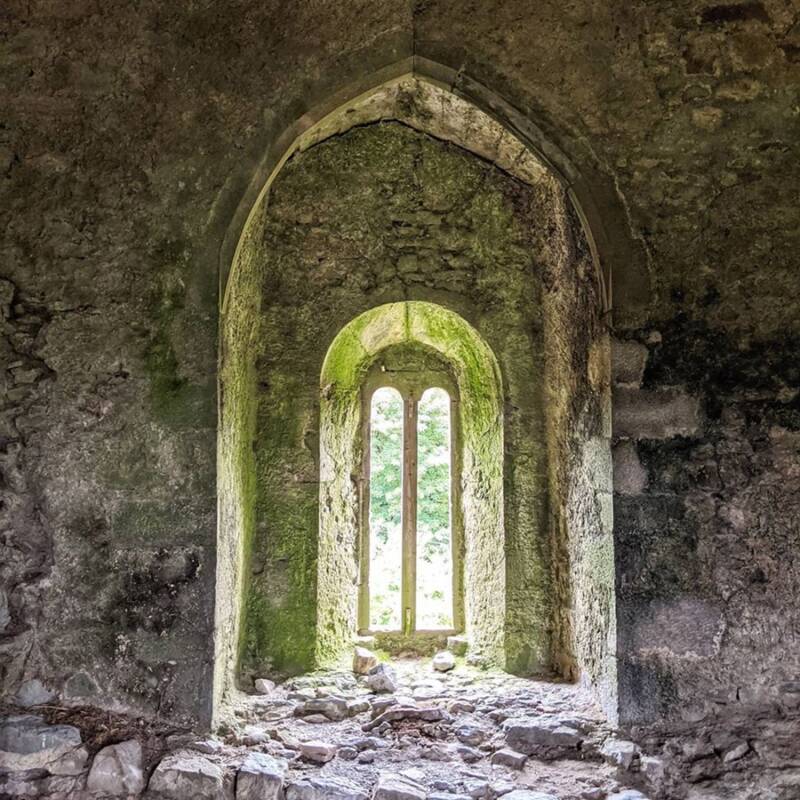 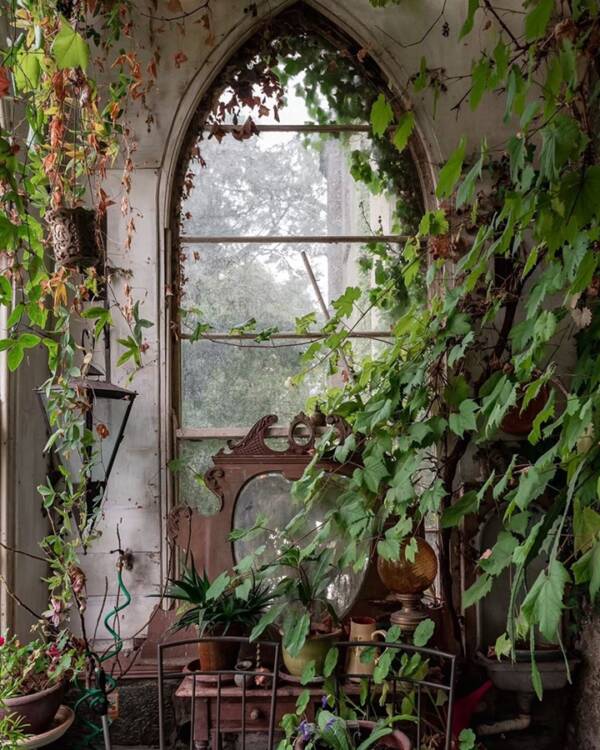 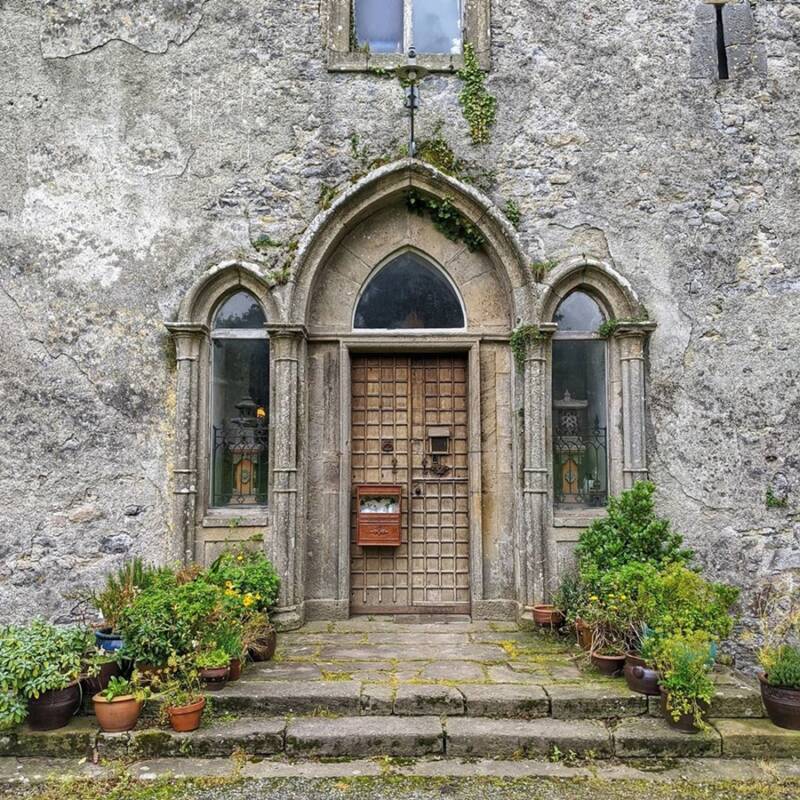 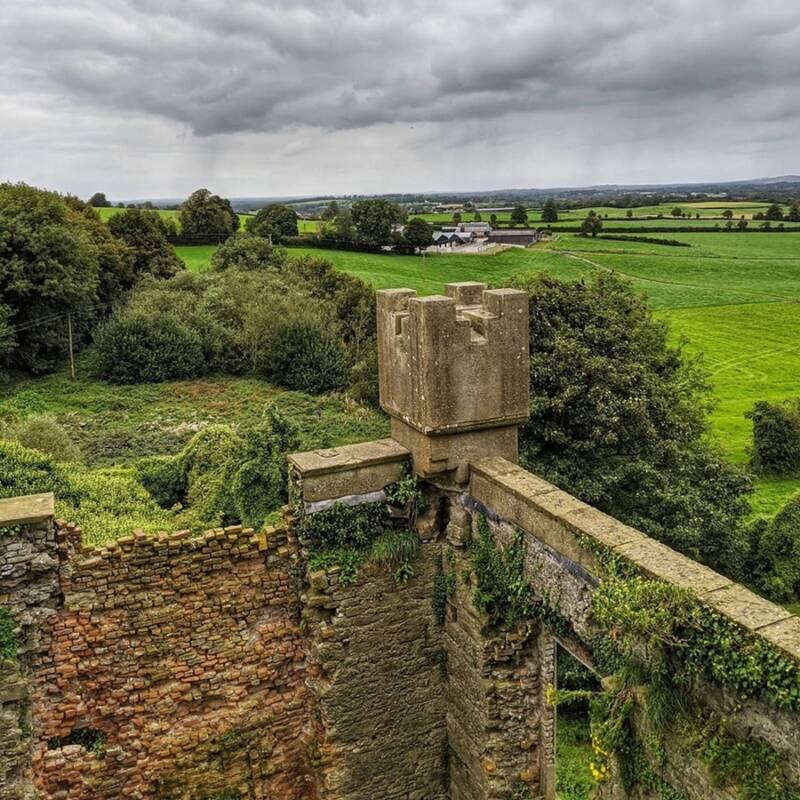 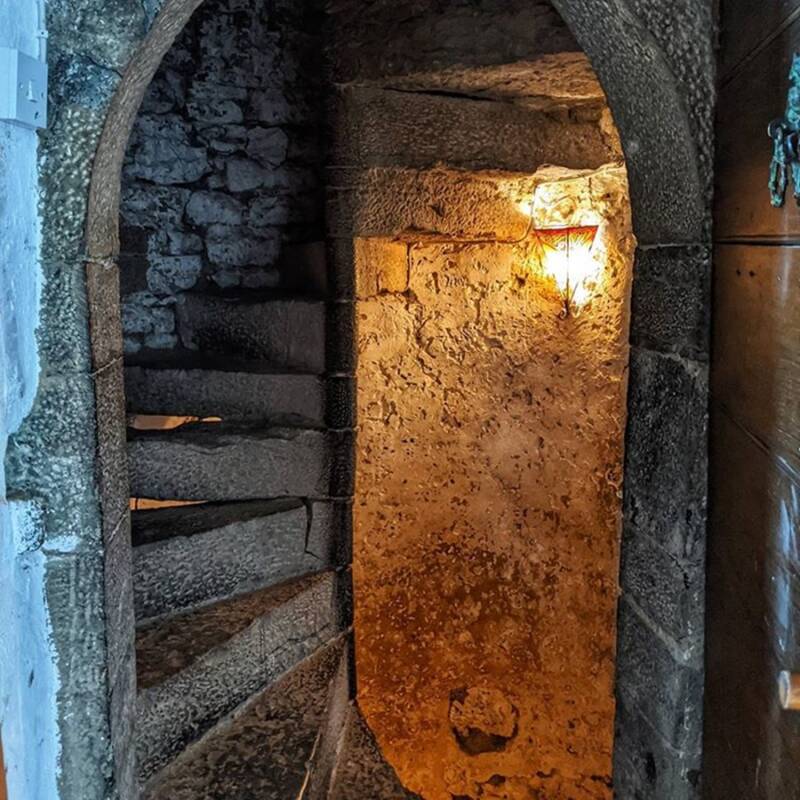 Leap Castle is said to be one of Ireland's most haunted structures, and this is a fair reputation given that the castle was allegedly built on bloodshed.

Constructed in the early 1500s, the castle was originally named Leim Ui Bhanain meaning "Leap of the O'Bannons," a reference to the Irish chieftain who first occupied it. But legend has it that even before the castle's construction, two of the O'Bannon brothers challenged another ruling family, known as the O'Carrolls, to a duel. Whoever survived jumping off the rocky outcrop where the new castle was supposed to be built would live in the palace as the area's foremost ruling family. One of them died in the process.

The O'Carrolls were allegedly also known for their extreme violence. When the O'Carrolls occupied the palace in 1532, it is said that one of the sons stabbed his brother, who was a priest, to death. The murder took place inside the castle's chapel which is now known as the Bloody Chapel.

Leap castle was apparently also built on a known initiation site for druids, who were an ancient Celtic class of religious leaders. The druids allegedly believed that the area was within the crossing of the so-called Ley Lines, which demarcated the realms of the living and spiritual.

As such, there have been a number of supernatural sightings at the ancient castle. For instance, there are the ghosts of Emily and Charlotte, who allegedly lived on the estate during the 1600s. The ghosts of these two little girls are sometimes said to be seen playing in the main hall.

But there is also an insidious spirit that allegedly inhabits the castle. Simply known as "the Elemental," this demonic presence is said to date back to the time of the druids and appears whenever it is provoked. With so many ghostly occupants, it's no wonder why Leap frequently ranks among the most haunted castles in Europe.