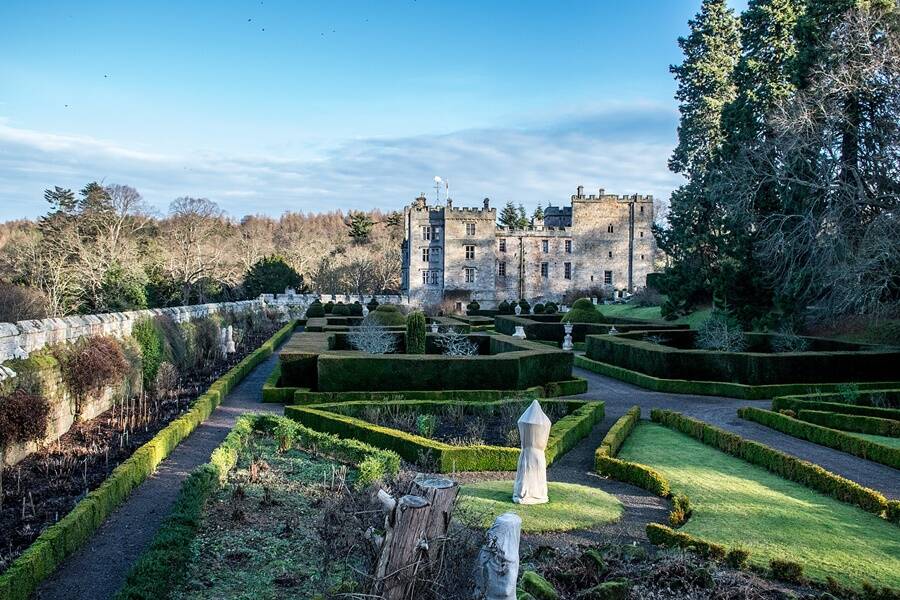 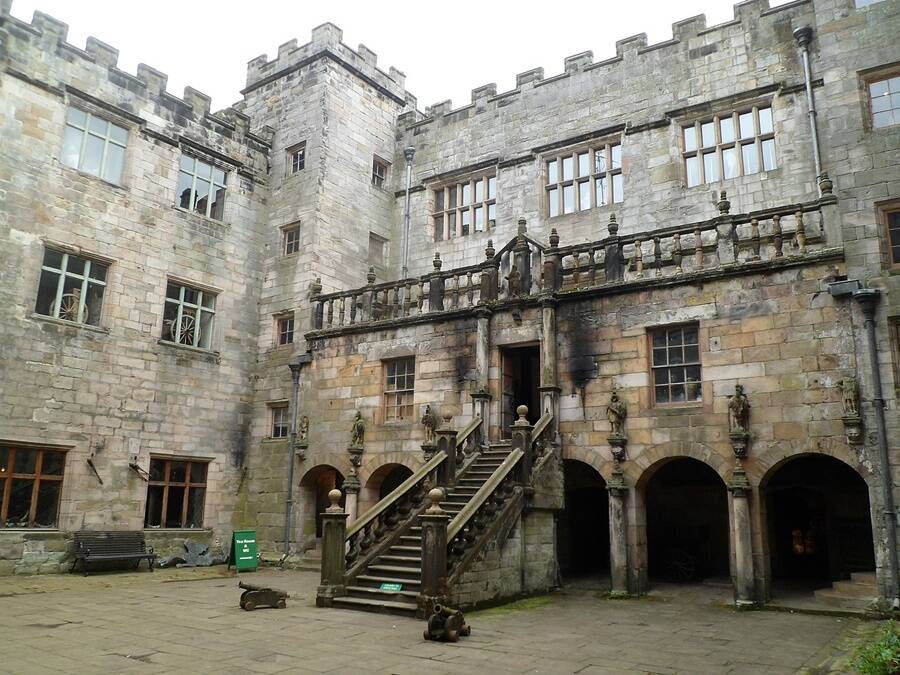 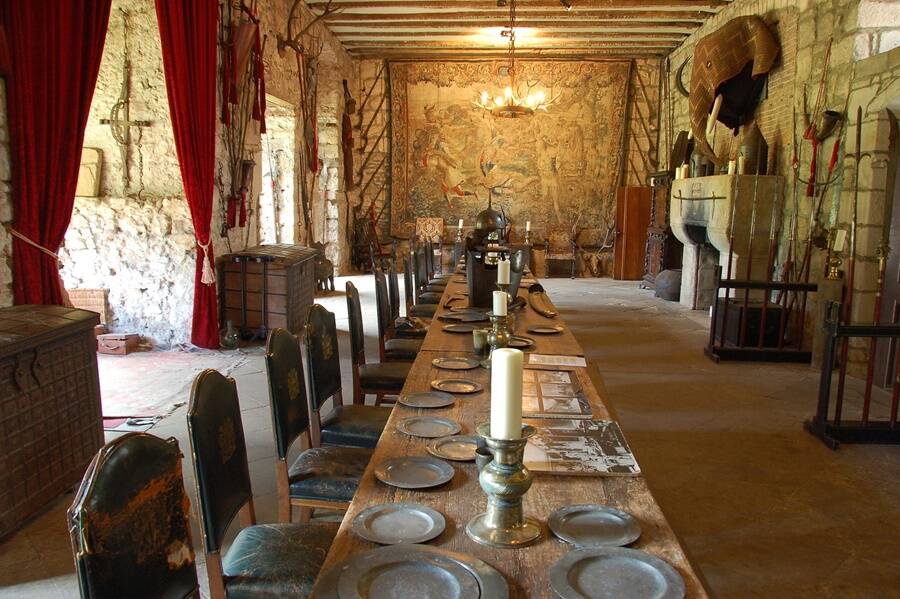 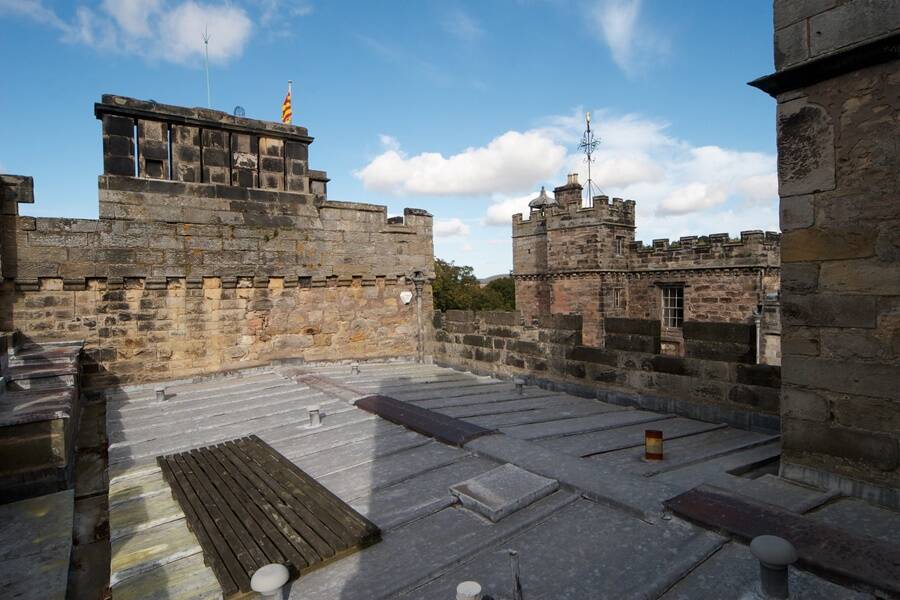 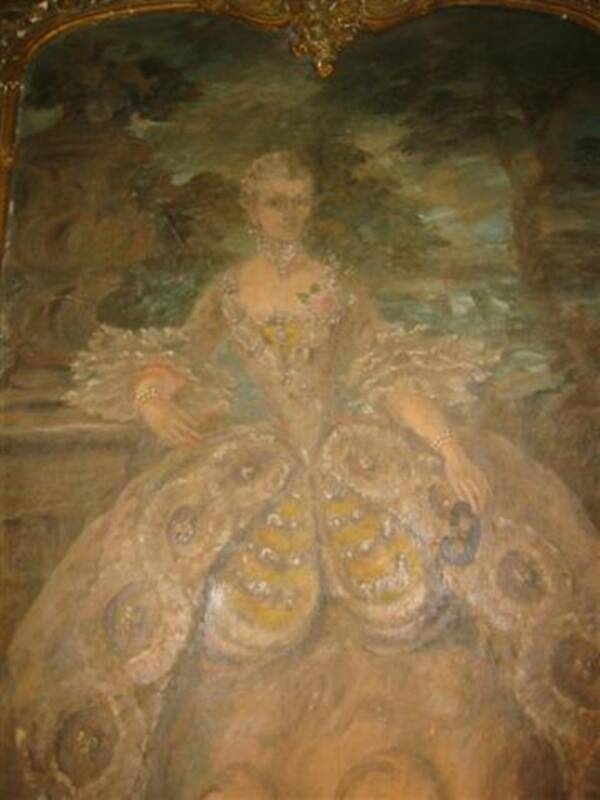 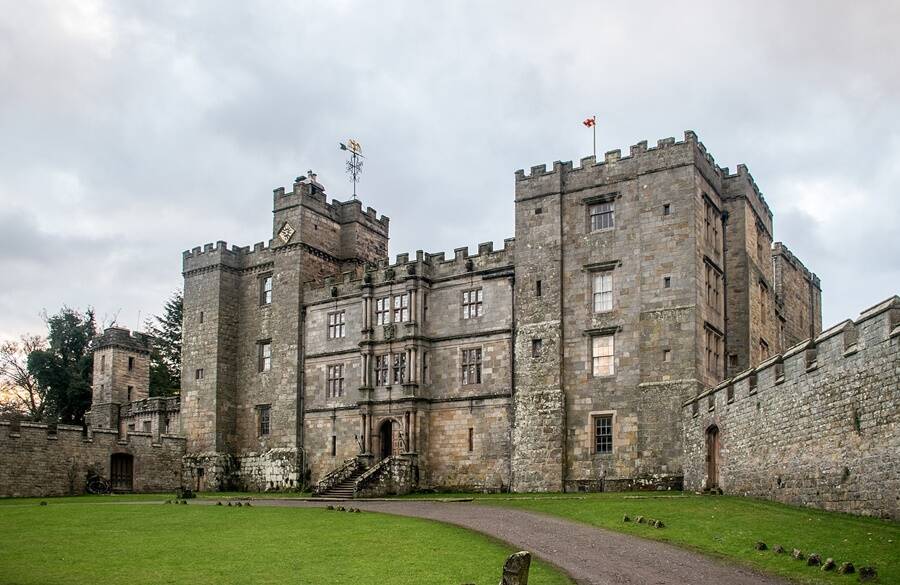 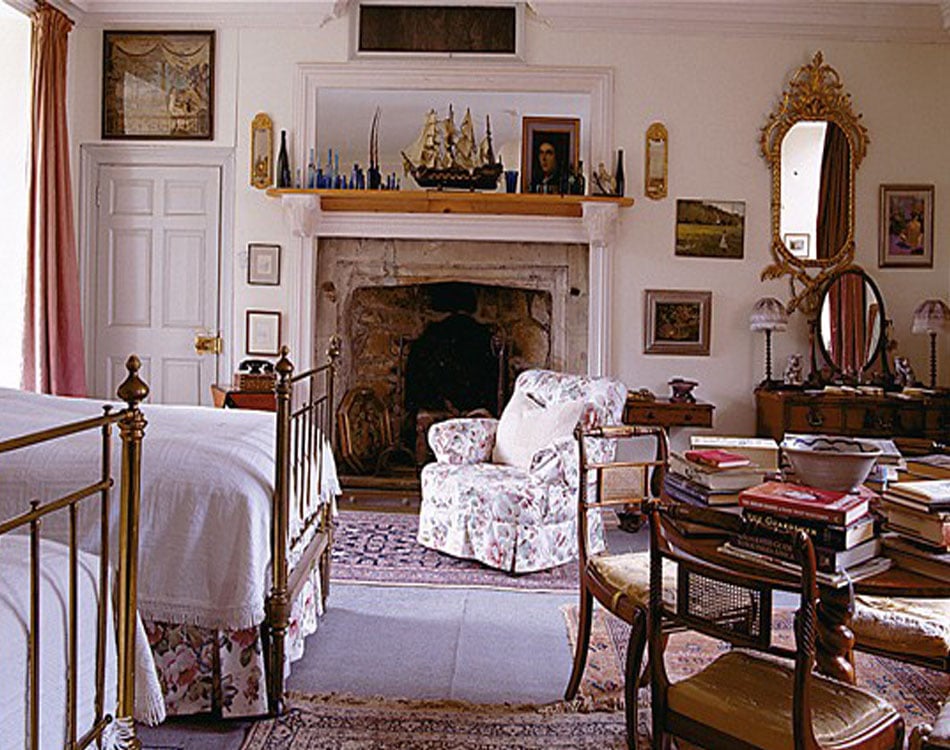 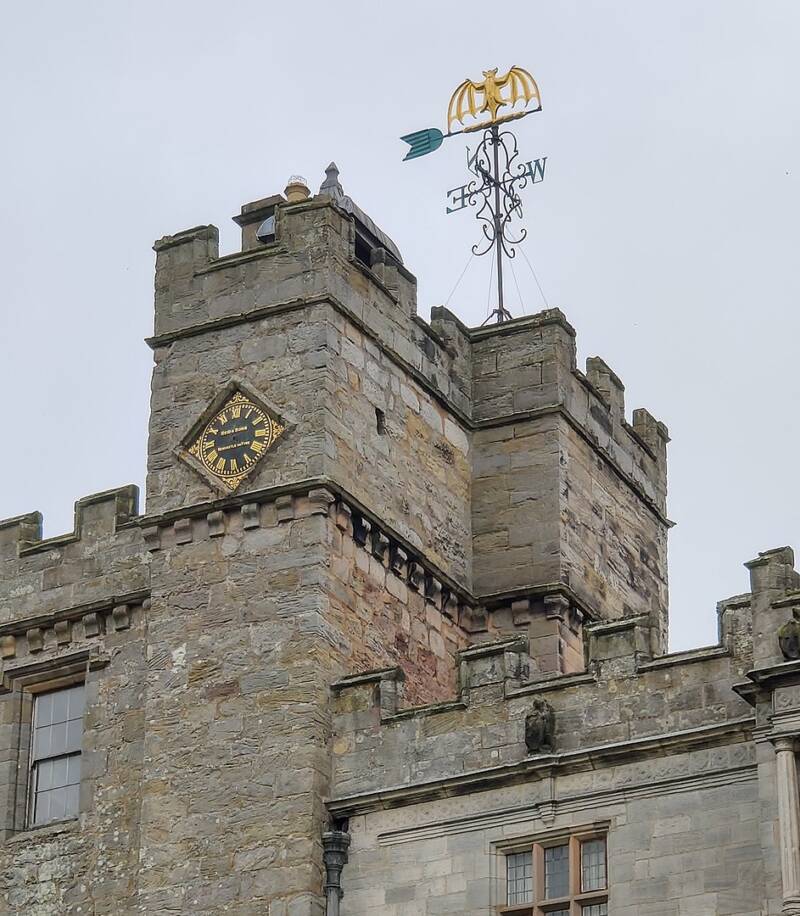 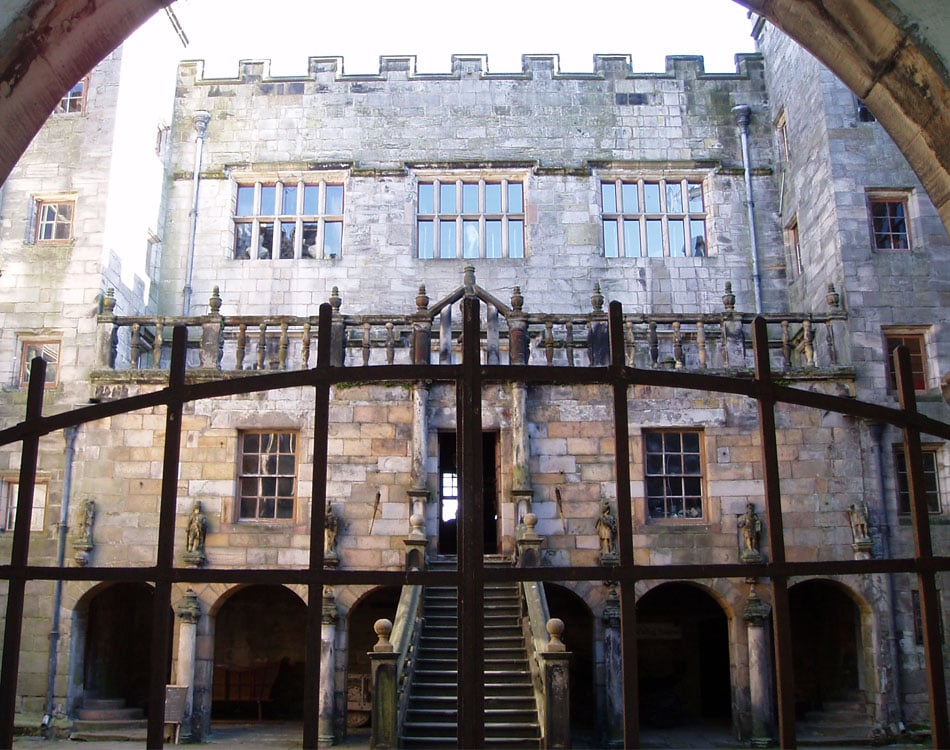 1 of 10
Although seemingly majestic, Chillingham Castle in England is famed for its title as the "most haunted historic castle in Britain."Wikimedia Commons
2 of 10
In addition to the castle courtyard inside Chillingham, the estate also includes fanciful tearooms, lush gardens, and its own lake.

The grounds also feature the presence of spooky apparitions known to haunt its walls.Wikimedia Commons
3 of 10
Castle's dining room which has frequently been used as the shooting location for period movies like Elizabeth and The Making of Harry Potter.James Stringer/Flickr
4 of 10
Rooftop view of Chillingham Castle. Tom Parnell/Flickr
5 of 10
A portrait of Lady Mary Berkeley, a former resident whose husband cheated on her with her sister. It is said her spirit roams the grand hallways of Chillingham, particularly the Grey's Apartment where she allegedly died.Wikimedia Commons
6 of 10
The levels of paranormal activity that are found at Chillingham Castle are claimed to be unparalleled. Visitors brave enough to tour the site or even book a room for the night claim to see scary apparitions inside Chillingham. The castle has been featured on paranormal investigation shows like the Scariest Places on Earth and Ghost Hunters International. Wikimedia Commons
7 of 10
Guests have allegedly reported sightings of a little boy spirit known as "blue boy" who moans and screams at midnight. It's alleged the little boy ghost often hovers by the guest beds and is suspected to be the ghost of the boy whose bones were discovered inside the thick walls of the Pink Bedroom (pictured). The Telegraph UK
8 of 10
Bat-shaped weather vane adorns the roof of the haunted castle.Wikimedia Commons
9 of 10
"All houses in which men have lived and died are haunted houses/ Through the open doors the harmless phantoms on their errands glide/ with feet that make no sounds upon the floors," wrote poet Longfellow about the supernatural site.Wikimedia Commons
10 of 10 With the right lighting and pleasant weather, Chillingham Castle almost looks beautiful. Inside its estate are tea rooms, lush gardens, and its own lake. But don't be fooled, as this 13th-century English castle has been dubbed "the most haunted historic castle in all of Britain."

Chillingham Castle famously boasts some of the highest levels of paranormal activity in the country. Countless visitor accounts tell of scary apparitions, leading Chillingham to be the subject of paranormal investigations by television shows like the Scariest Places on Earth and Ghost Hunters International.

Even the American poet Henry Wadsworth Longfellow described Chillingham as a hotspot for the supernatural:

"All houses in which men have lived and died are haunted houses:
Through the open doors the harmless phantoms on their errands glide,
with feet that make no sounds upon the floors."

Among the castle's more famous ghosts are the ghosts of Lady Mary Berkeley, a former resident whose husband cheated on her with her sister. It is said that her spirit still roams the grand hallways of Chillingham, particularly the Grey's Apartment where she allegedly died of heartbreak.

There is also the apparition known as "blue boy" who is said to have been the cause of frantic screams heard at midnight. It's alleged that guests frequently saw the little boy ghost hovering by their beds. The blue boy is suspected to be the ghost of the boy whose bones were discovered inside the thick walls of the Pink Bedroom. It's unknown how the remains ended up inside to this day.

But the most outrageous thing about this famous haunted castle is the fact that visitors who don't mind uninvited guests can book a room at the castle for an overnight stay. 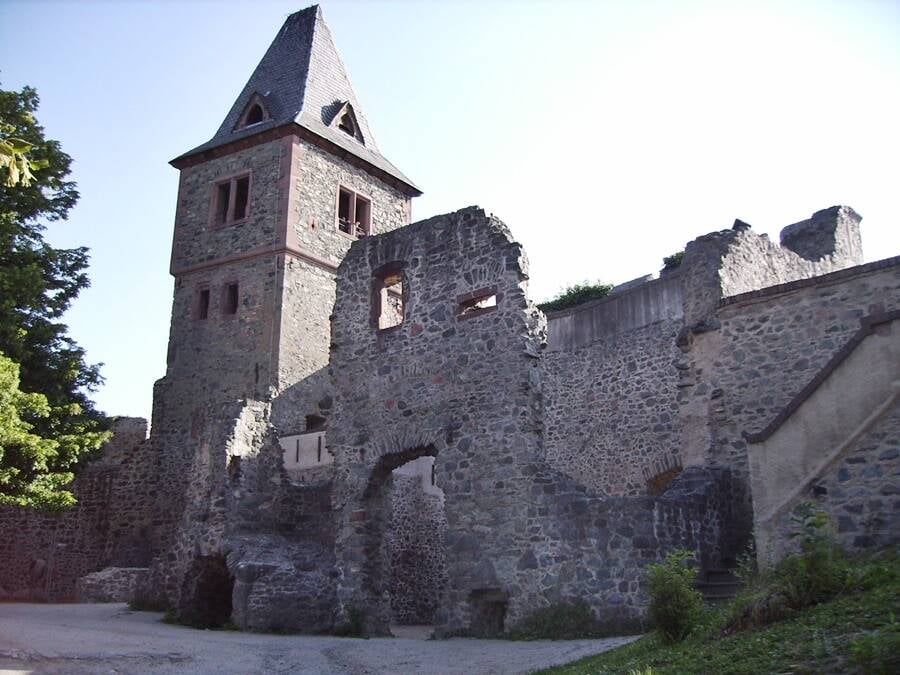 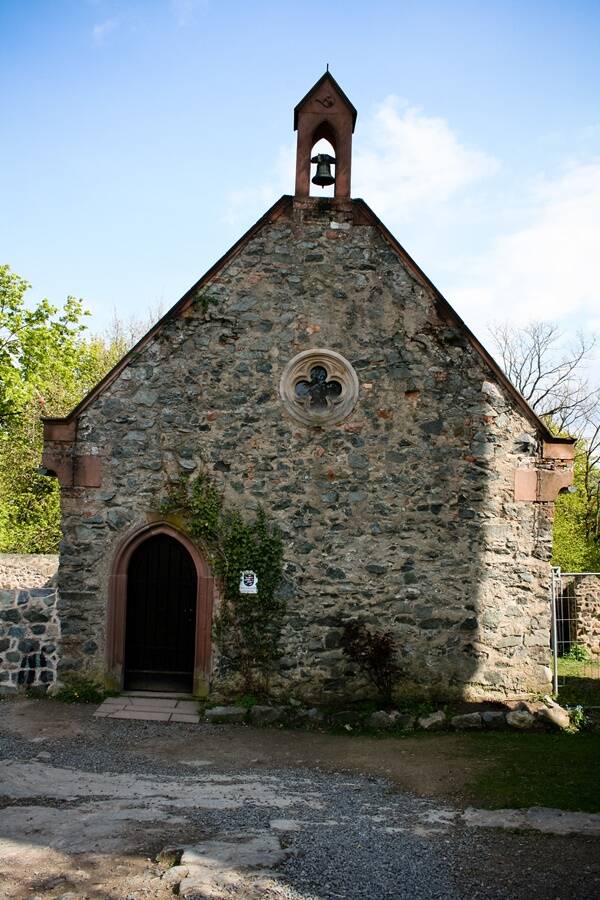 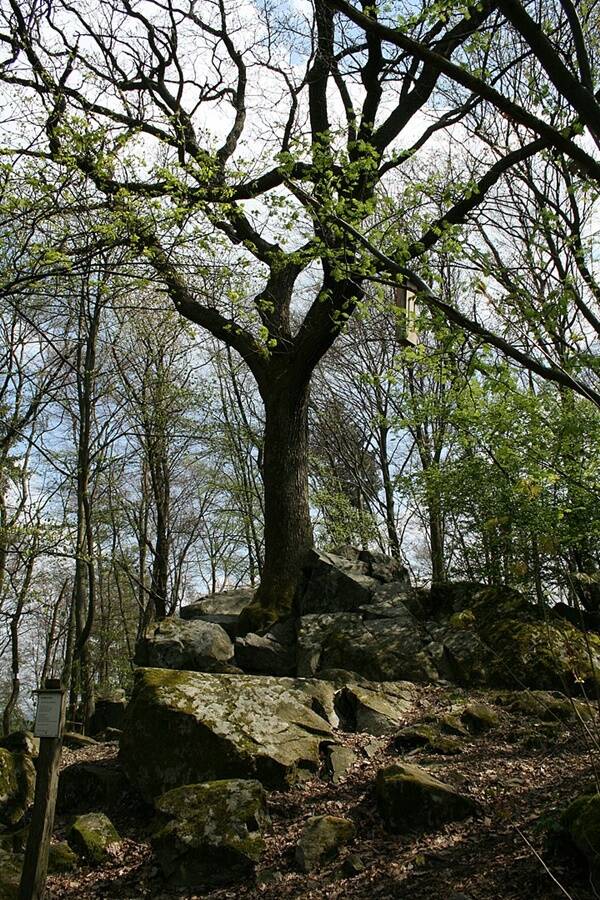 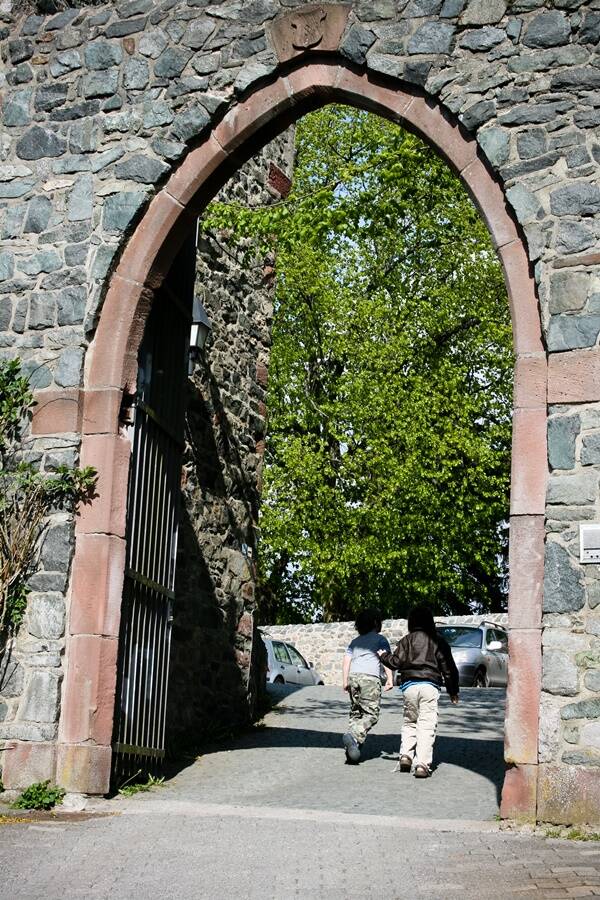 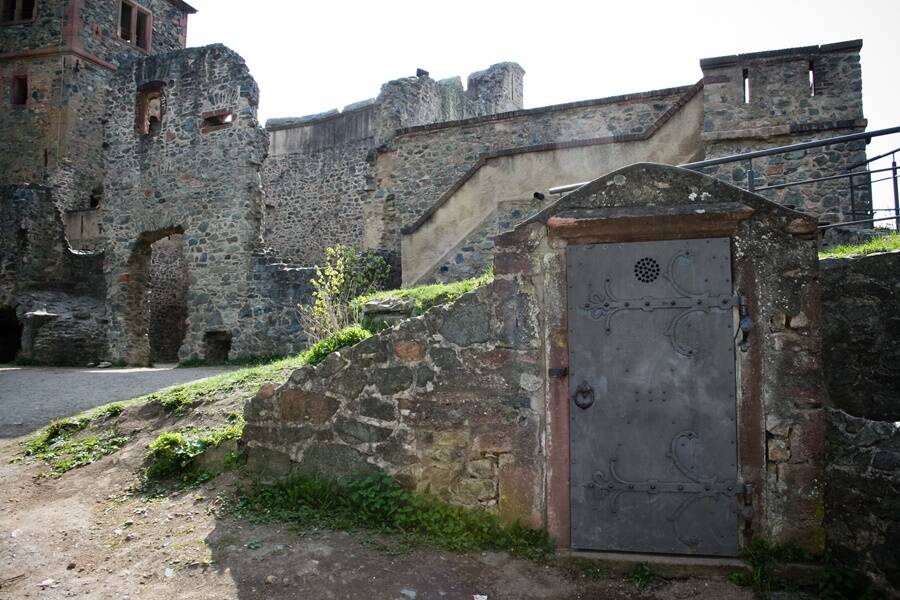 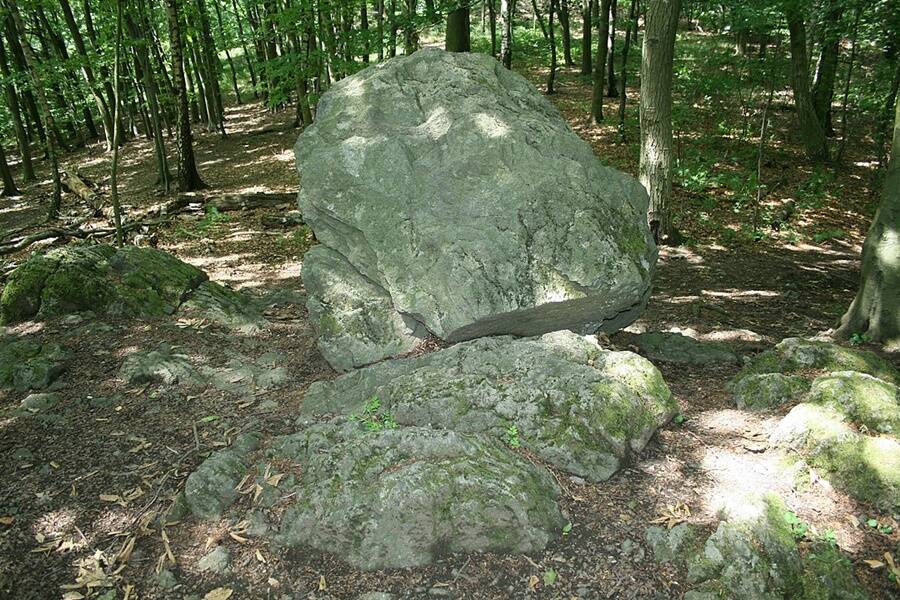 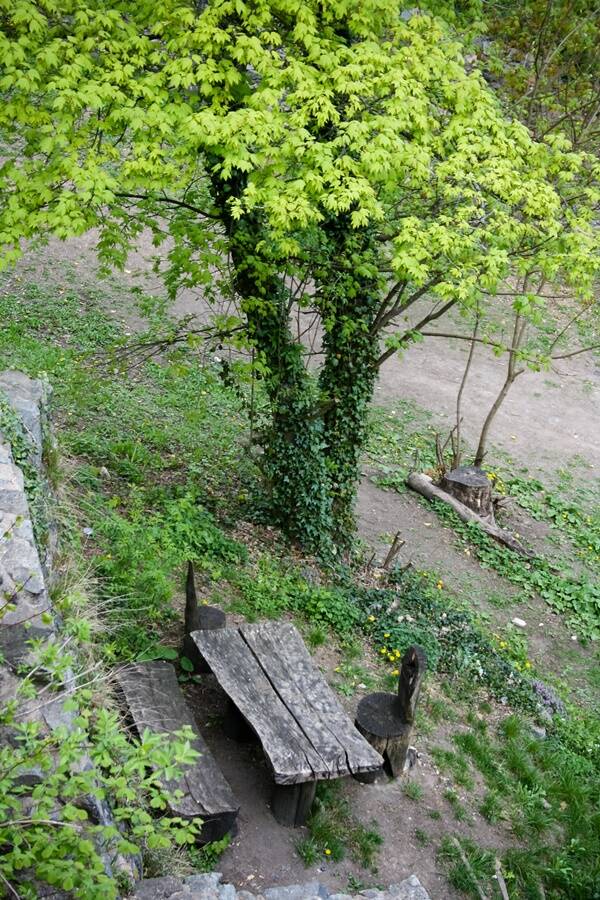 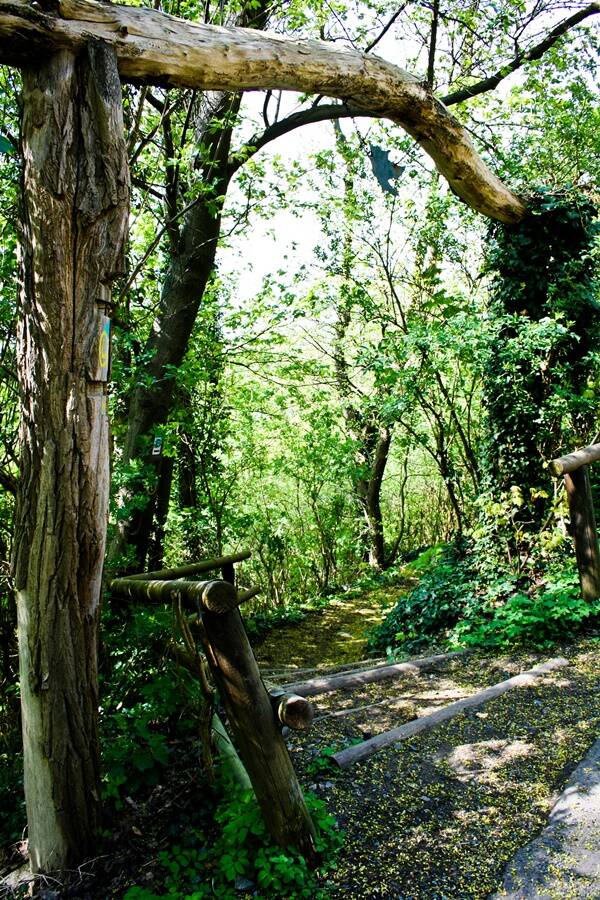 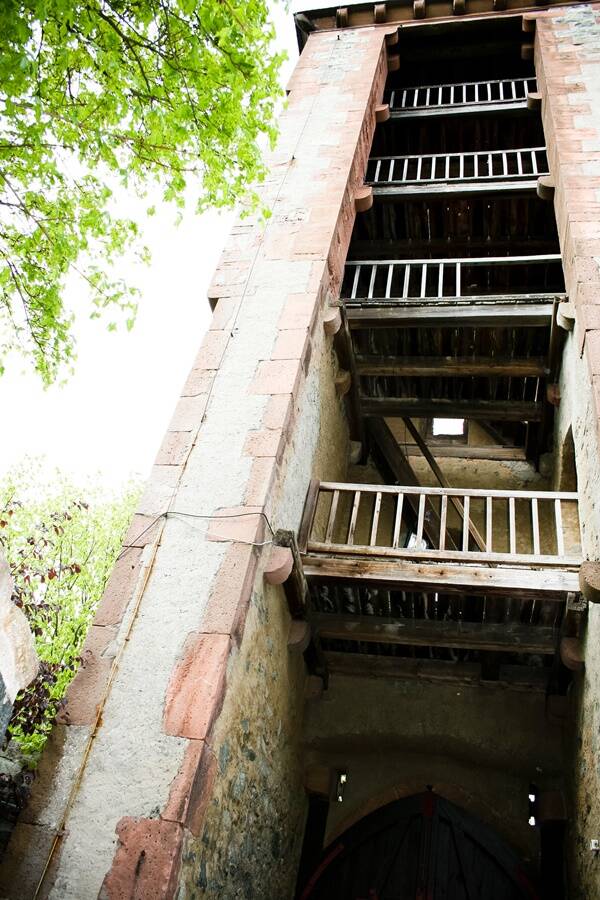 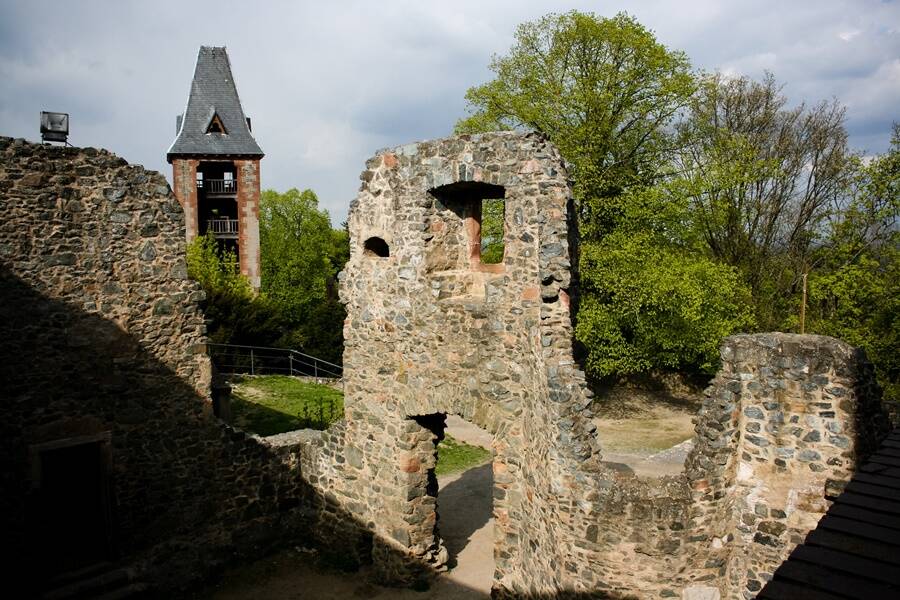 1 of 11
Located in Odenwald, Germany, the Castle Frankenstein is among the most notorious castles in Europe. Its sordid history is rich with tales of witchcraft and experiments on the dead.Wikimedia Commons
2 of 11
Jackie/Flickr
3 of 11
The "fountain of youth" that remains on the castle property. Castle Frankenstein is said to be a popular site for witches to congregate as it is secluded in the dense woods.

Legend has it that witches frequent the fountain to drink out of it and obtain eternal youth. Wikimedia Commons
4 of 11
Jackie/Flickr
5 of 11
Among the castle's most famous occupants in the past is Johann Conrad Dippel, who was allegedly born inside the castle in 1673.

He grew up to be a mad scientist who was known to conduct spooky experiments using body parts from the dead, which he allegedly stole from the nearby cemetery. Jackie/Flickr
6 of 11
The castle property is said to possess powerful magnetic energy emitting from the stones around it. Compasses allegedly do not work on the property due to this magnetic field. It is also suspected to attract supernatural entities to the grounds. Wikimedia Commons
7 of 11
Among Johann Conrad Dippel's creepiest experiments was a mysterious concoction he dubbed "Dippel's Oil." It was allegedly made out of distilled blood, leather, horns, and ivory, and was proclaimed as the "elixir of life" by the mad scientist.Jackie/Flickr
8 of 11
The name Castle Frankenstein has a double meaning because of its connection with author Mary Shelley who wrote the 1818 horror novel Frankenstein.

Legend has it that Shelley's stepmother discovered the story of Johann Dippel through the Brothers Grimm and relayed it to her, inspiring her classic story.Jackie/Flickr
9 of 11
Mary Shelley has never confirmed the connection of her classic horror tale to Castle Frankenstein, though there are some eerie similarities. Jackie/Flickr
10 of 11
The castle's ruins are transformed every Halloween for parties. It is considered the biggest Halloween celebration in Europe. Jackie/Flickr
11 of 11 Surrounded by dense forest with a history of witchcraft and alchemy, Castle Frankenstein is among the most notorious haunted castles of Europe.

Although the name "Frankenstein" is shared by many other landmarks in Germany, the 13th-century castle's namesake has the special meaning given its alleged ties to Mary Shelley, the author of the 1818 classic novel Frankenstein.

The legend of Castle Frankenstein traces back to 1673 with the birth of Johann Conrad Dippel at the estate. Dippel later became the palace's most infamous occupant and was said to be an eccentric scientist obsessed with outrageous alchemy.

He allegedly conducted gruesome experiments using animal carcasses. But, more macabrely, he also allegedly used human body parts that were stolen from the corpses of the nearby cemetery of Nieder-Beerbach. He also created a mysterious concoction dubbed "Dippel's Oil," which was a distillation of blood, leather, horns, and ivory that he proclaimed to be the "elixir of life" that could cure any ailment.

Dippel's antics allegedly upset the local mayor, who spread rumors that Dippel was the blood brother of the devil and that he was trying to create some kind of virgin-preying monster in his castle's laboratory. Does this story sound familiar? It should — because that's a more macabre telling of Shelley's legend of Frankenstein's monster.

It's believed that the Brothers Grimm told Shelley's stepmother about Dippel's insane background, which is where she may have gotten the idea for the story in the first place. Shelley herself traveled to the German region in 1814, four years before her novel's debut.

But the haunted history of the castle may be more than just fairytales. It's said the forest around the castle is a popular site for witch gatherings in Germany, and that witches frequent the remote area to drink from the magic "fountain of youth" located on the property.

Castle Frankenstein comes alive every year during Halloween when the monstrous estate is transformed into a real-life haunted house, as actors playing ghosts and goblins wander about for what is considered the largest Halloween bash in the country.