21 Classic Images Of Japanese Fart Battles From The 19th Century

Some say the paintings are a kind of political cartoon serving as a commentary on Western influence, but nobody knows for sure. 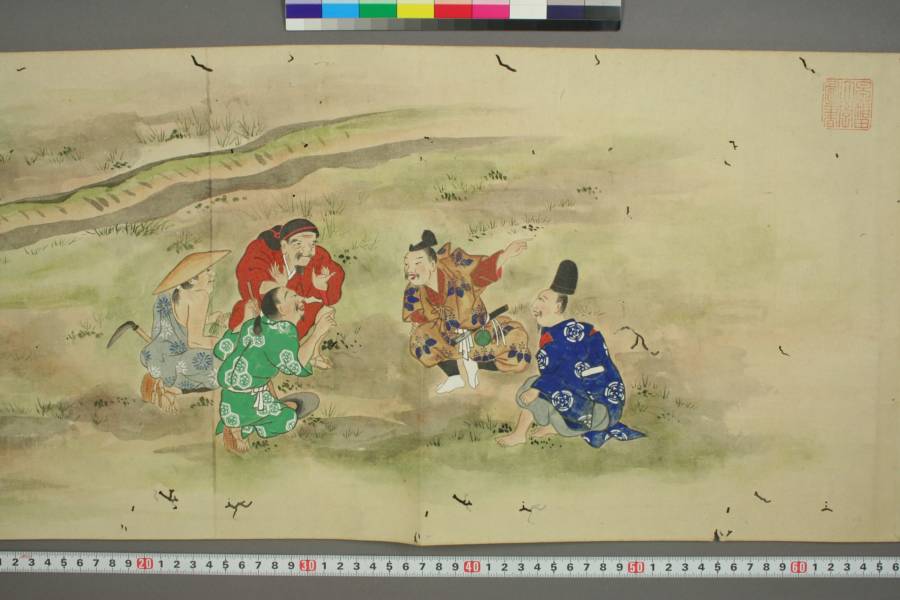 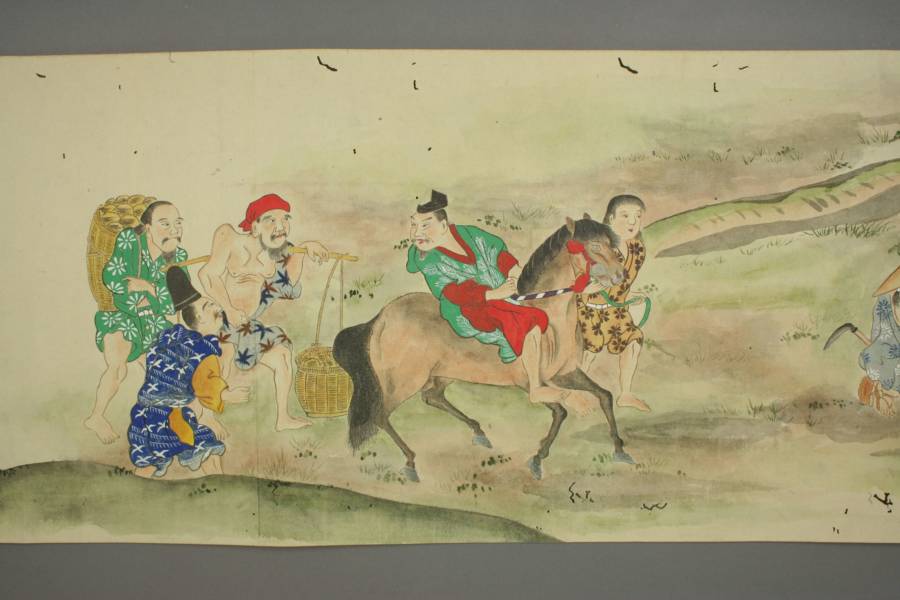 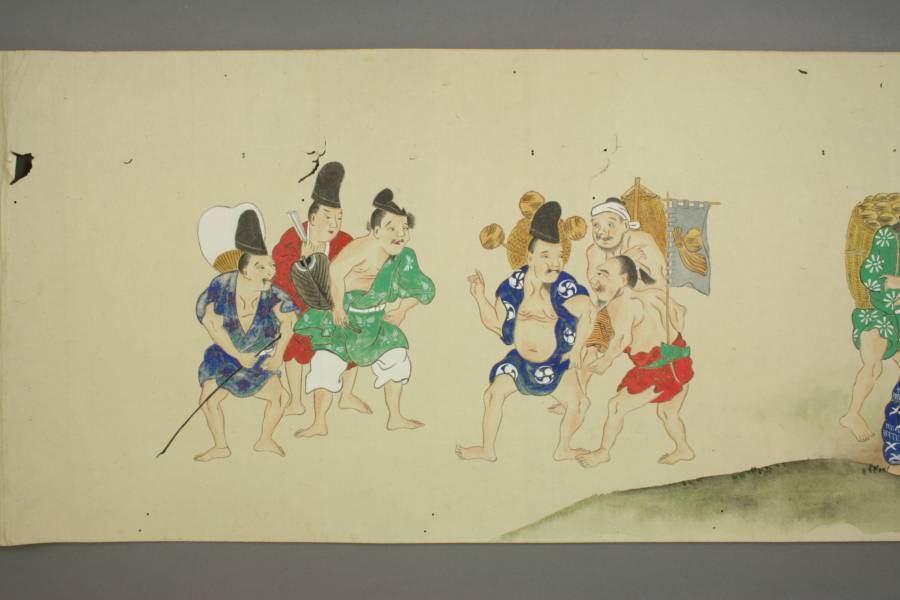 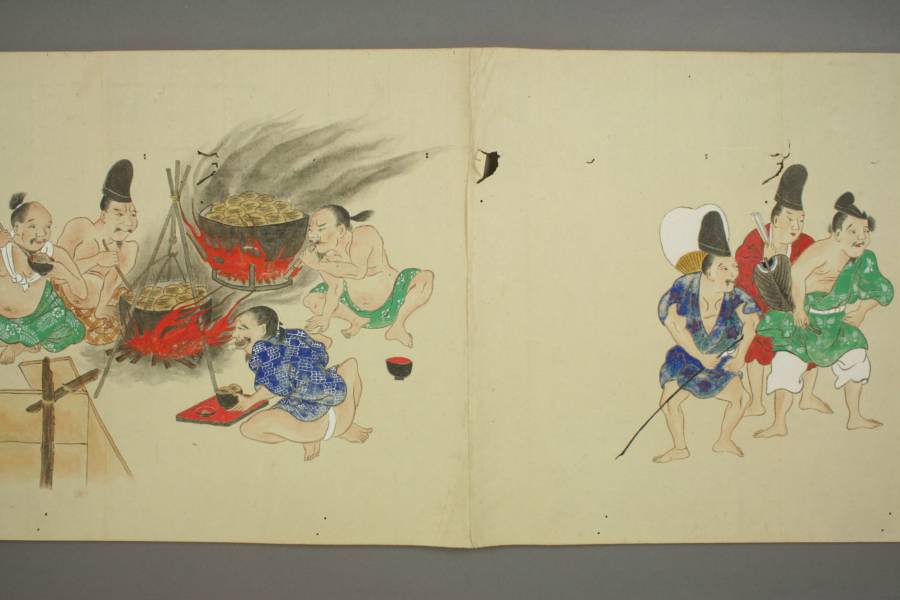 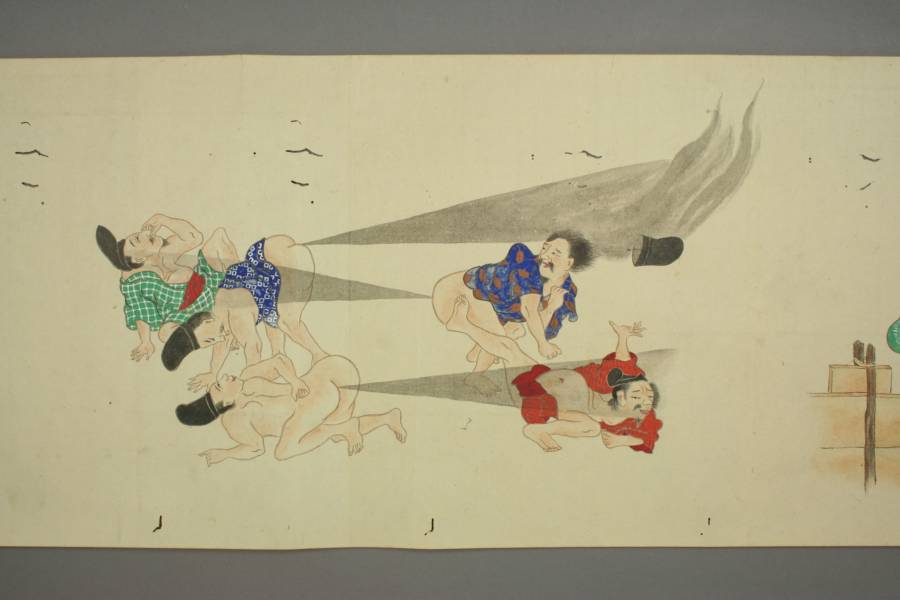 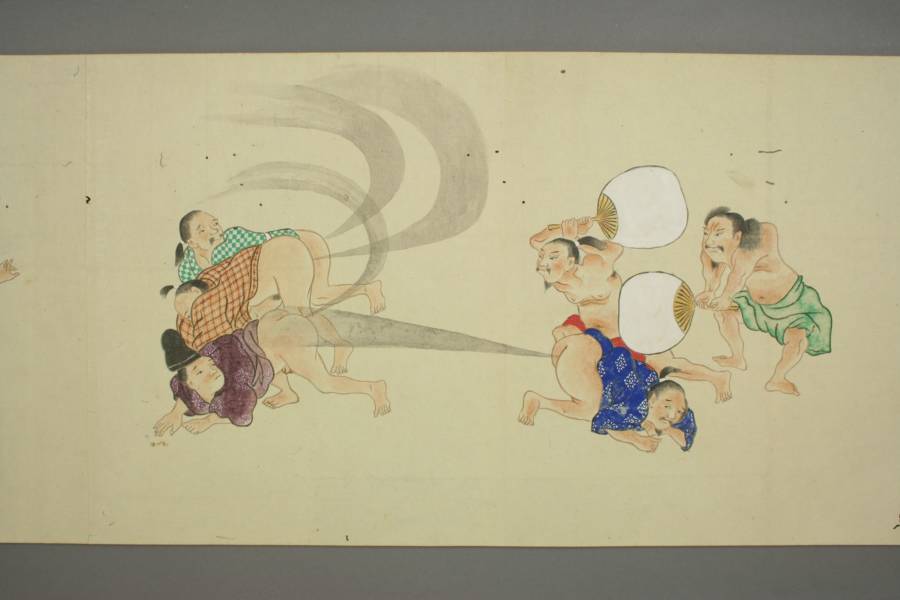 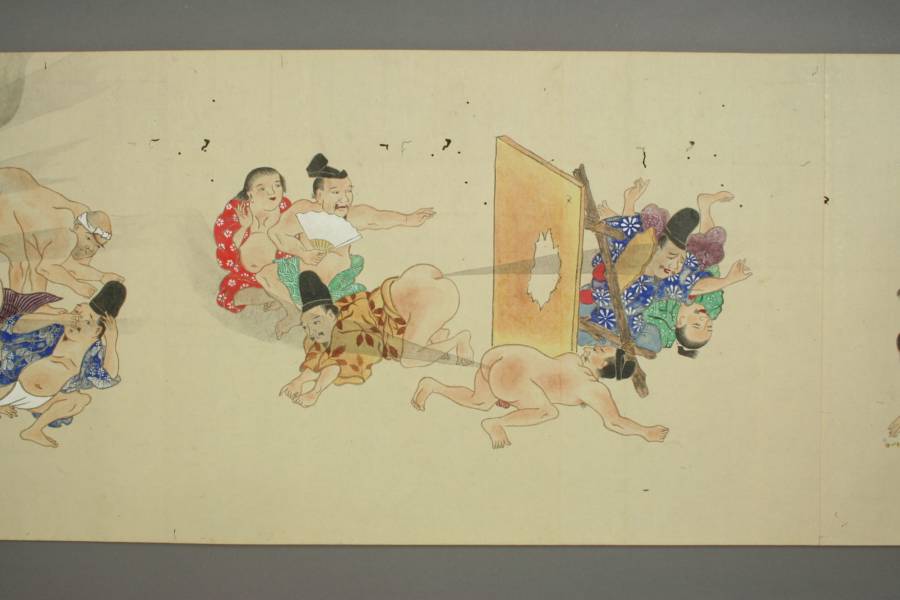 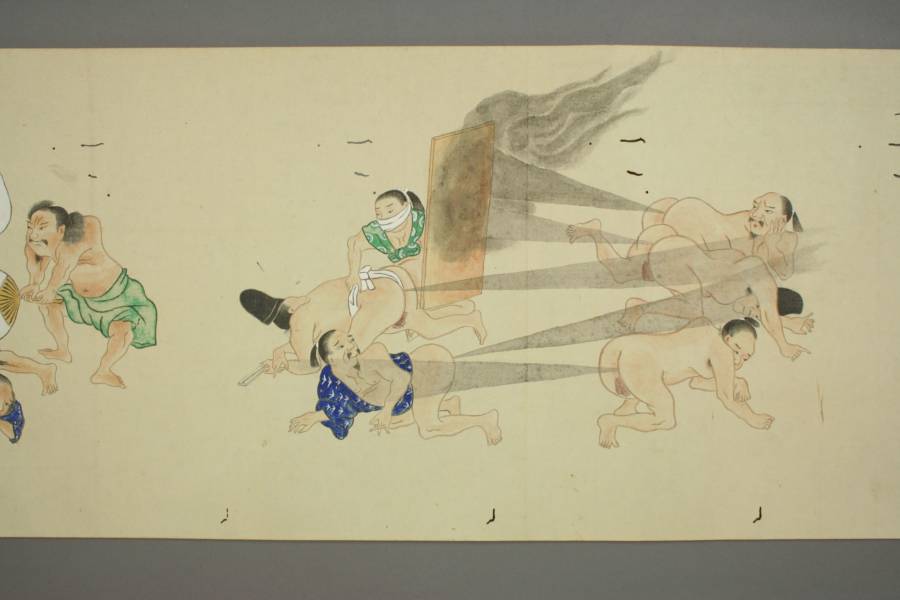 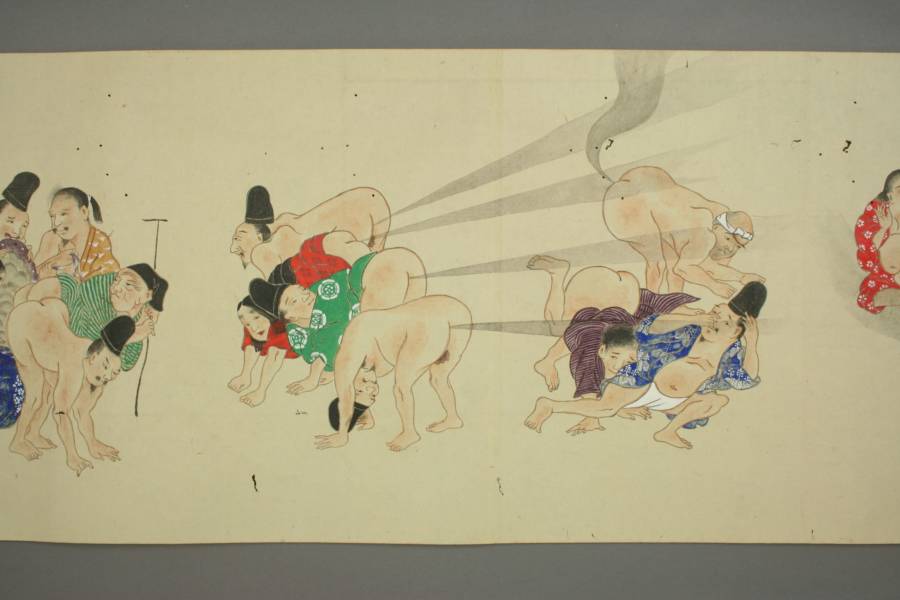 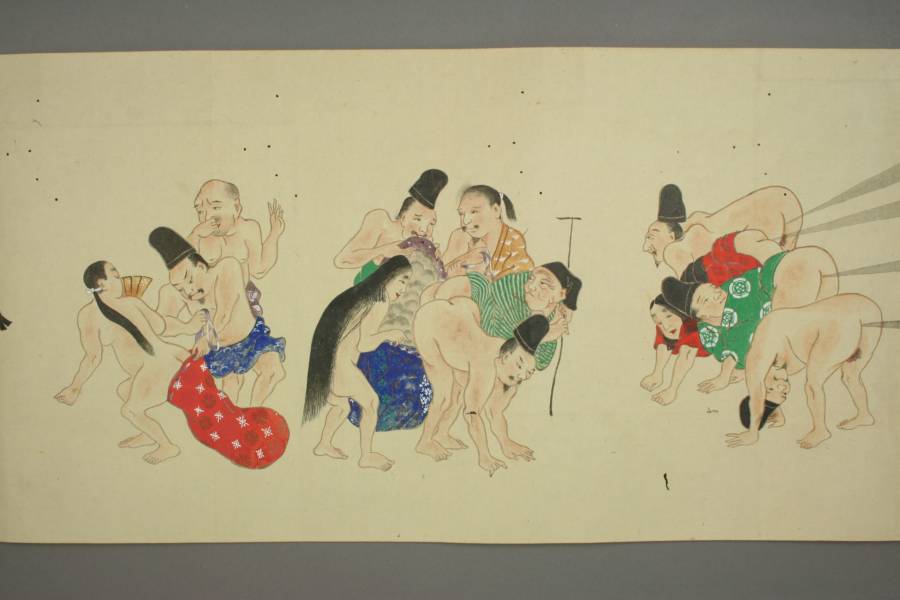 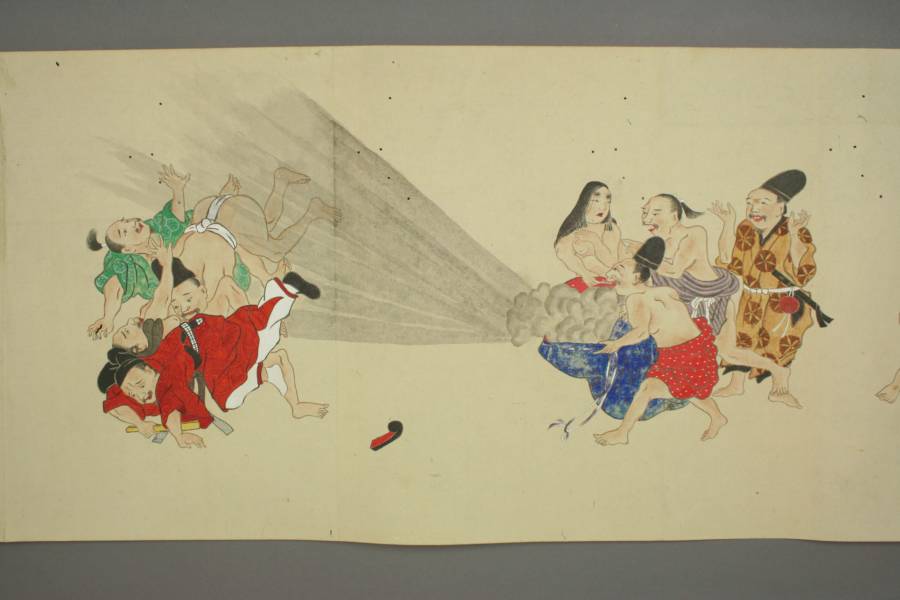 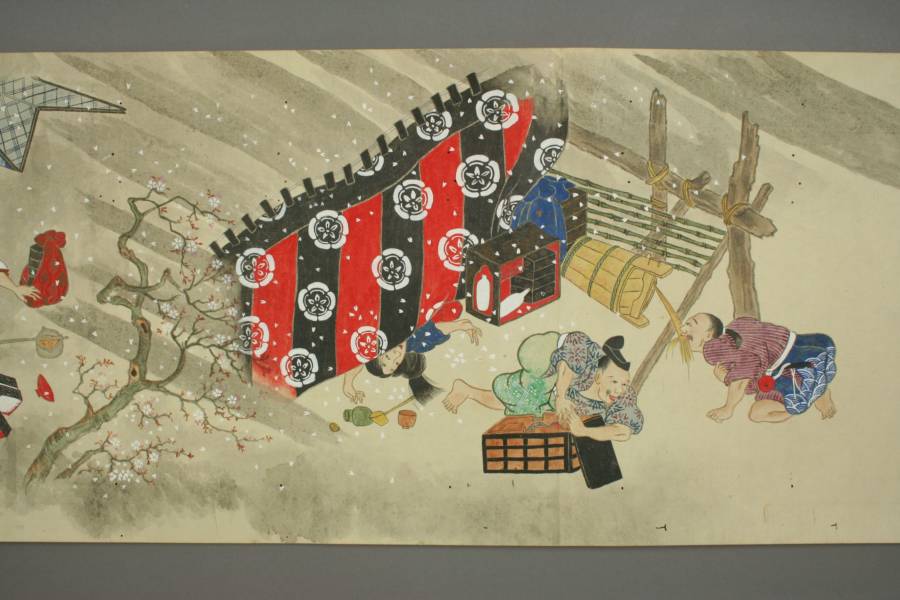 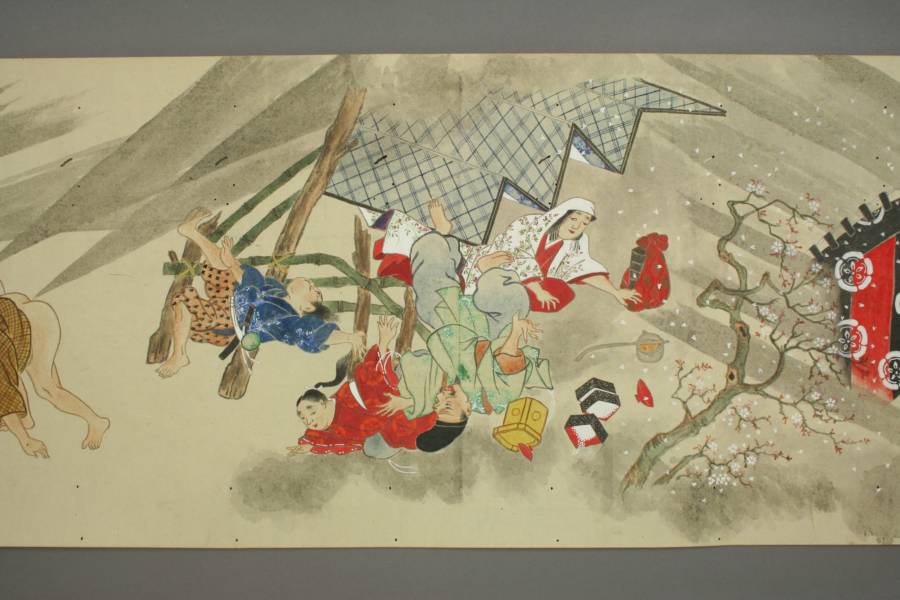 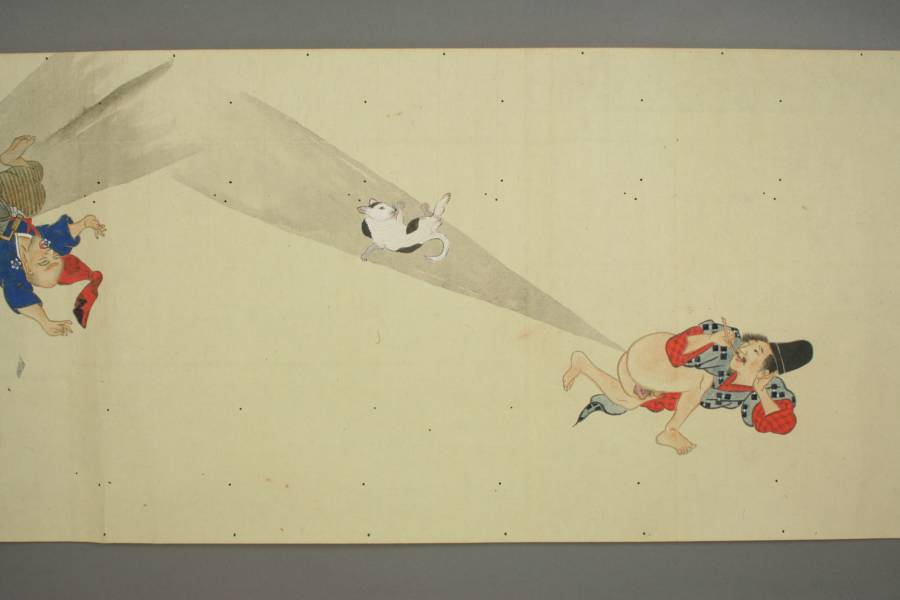 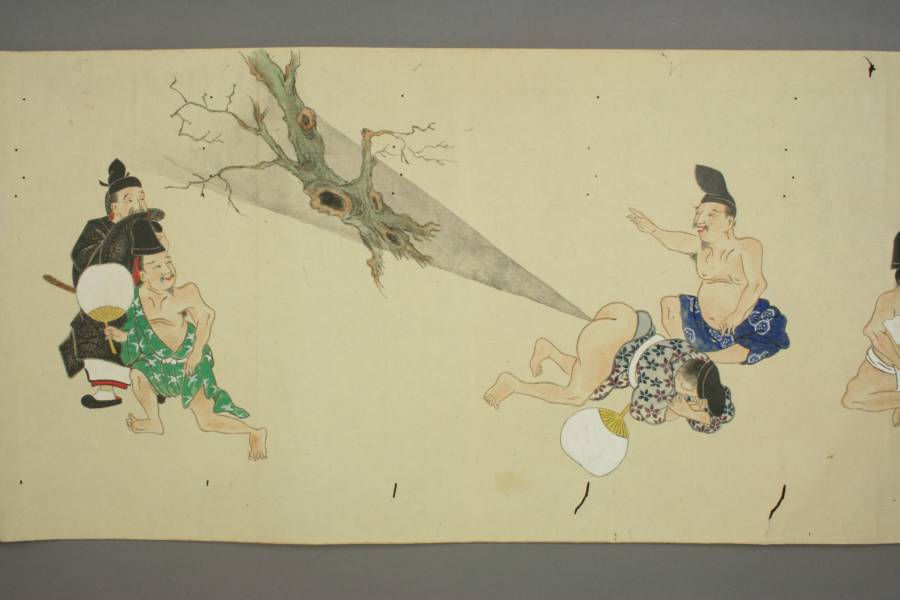 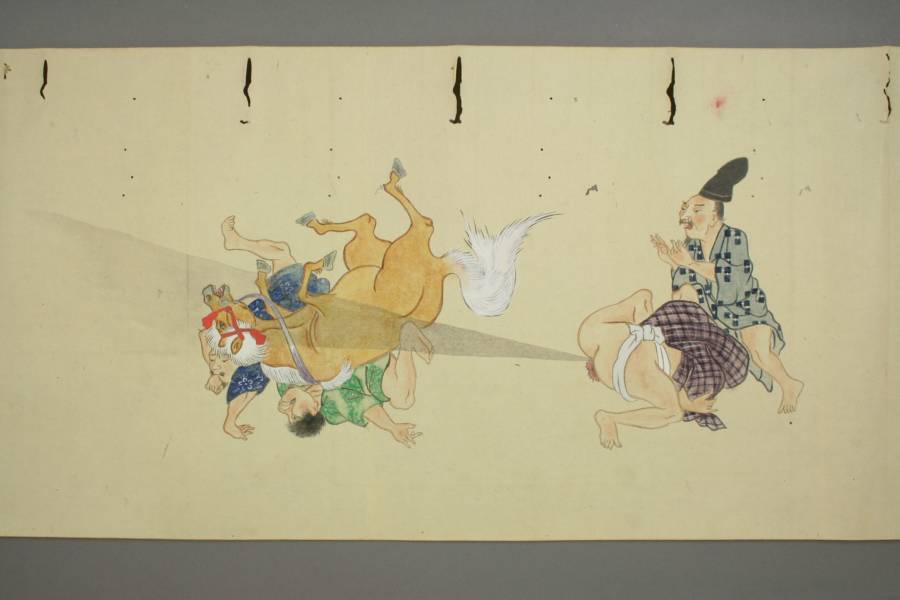 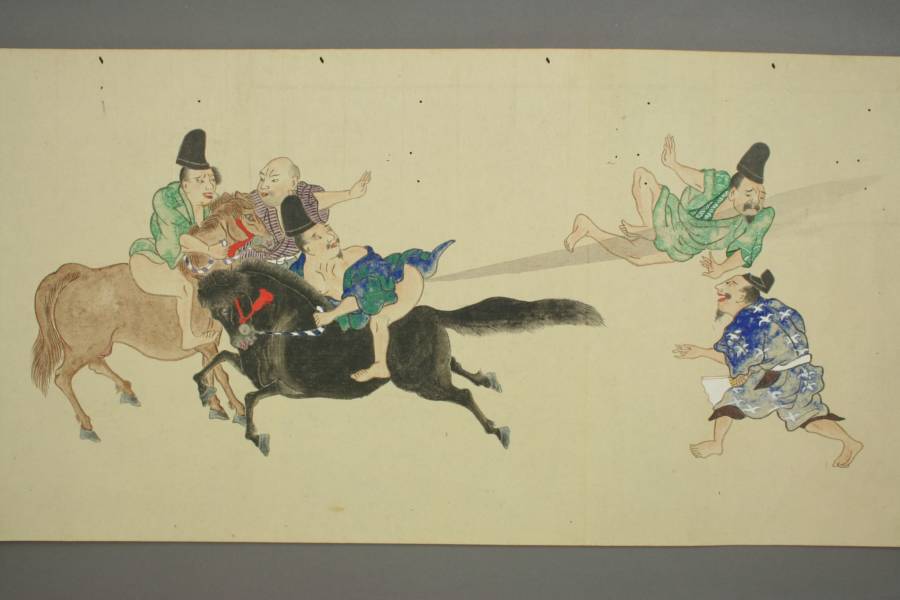 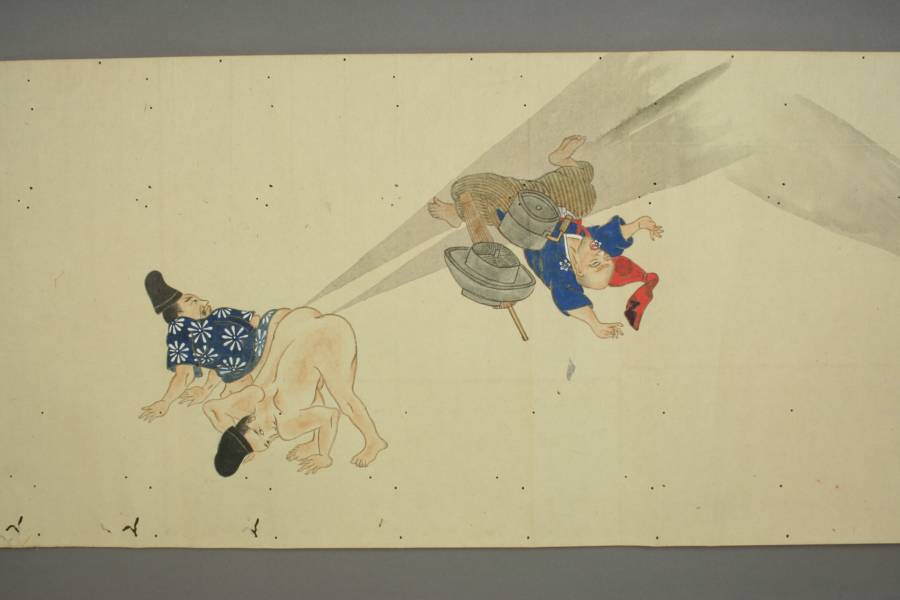 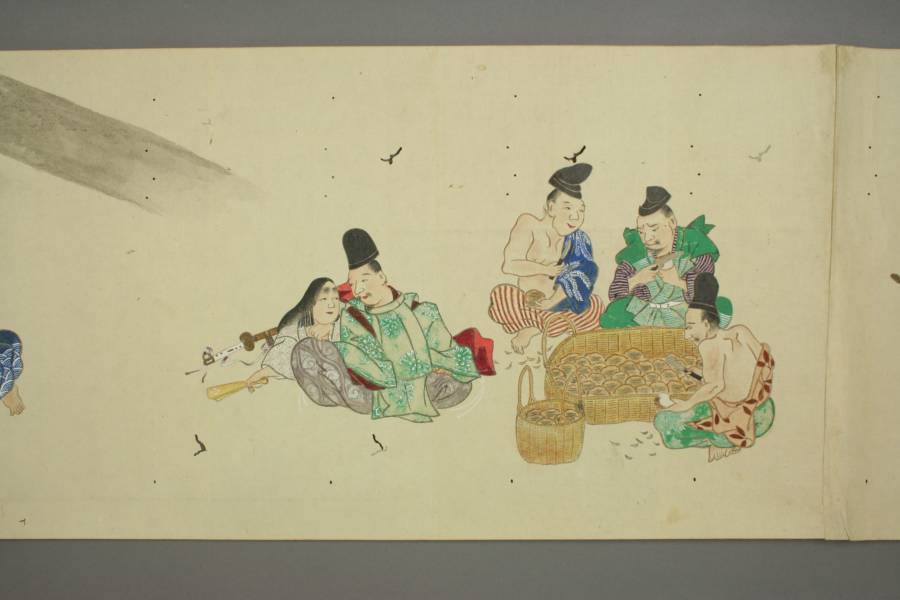 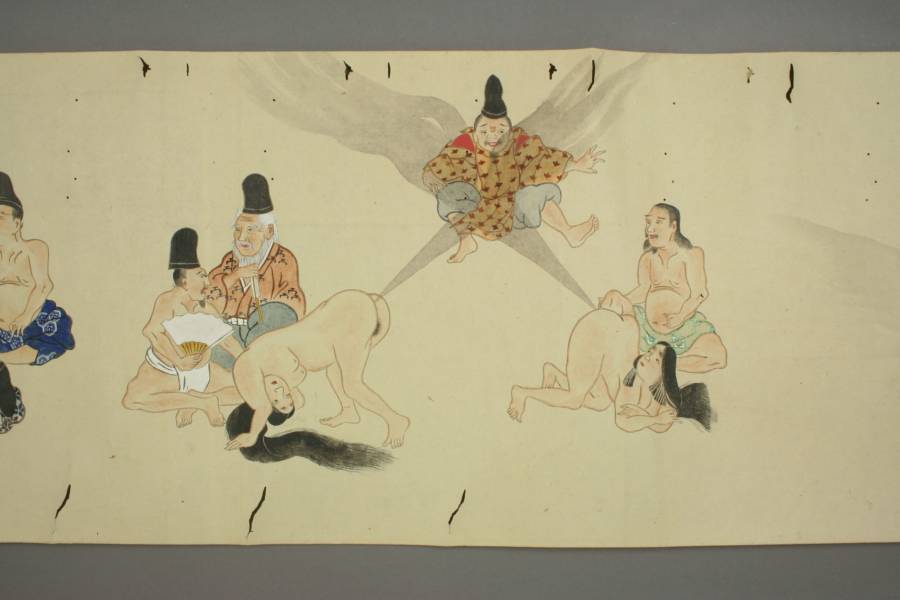 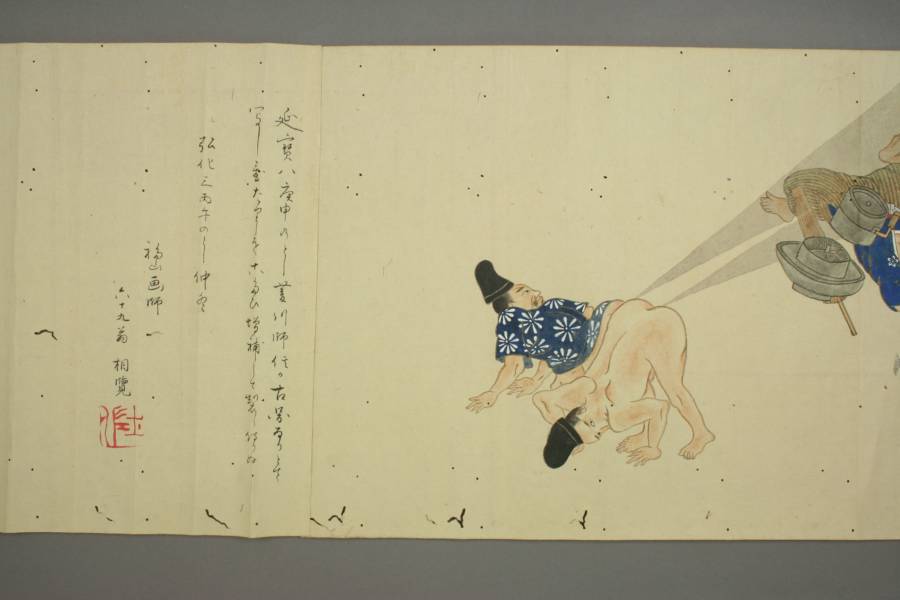 The later years of Japan's Edo period (1603-1868) saw an influx of foreign influence into this traditionally closed society. It was thus a time of profound change for many Japanese people and xenophobia was on the rise.

And one artist, or possibly a group of artists (it remains uncertain), chose to represent that struggle between the old and the new in an unusual way.

The He-gassen scroll is a long series of paintings executed in a traditional Japanese style that depicts an epic battle between combatants — whose primary weapon seems to be flatulence. In fact, He-gassen translates as "fart battle," "fart war," or "farting competition," and that perfectly describes what's depicted in the scroll.

Bending over and hiking up their robes, the men and women in this scroll let loose with mighty streams of gas, uprooting trees and blowing horses and cats through the air as they battle their opponents. Meanwhile, other combatants take a more sophisticated approach, storing up their collective farts in sacks and releasing them like bombs.

But beyond the farting itself, there seems to be a basic narrative in the scroll: A group of men come upon another group eating noodles who defend themselves by bending over and farting at the other group. That first group then returns fire and a battle breaks out between the two groups as one side tries to defend itself from the gas using large ornamental fans.

From there, the battle descends into madness as others join in. Some try to protect themselves with screens, which the farts blast right through. People caught in the crossfire cover their noses as they find themselves blown off their feet in a whirlwind of gas. Others then gallop away on horseback, firing backward at their pursuers.

The Story Of The Scroll

Though it presents a memorable and singular story, little is known about the scroll for sure.

For one, no one is sure when it was produced, although experts believe that it dates from sometime around the 1840s. We also don't know who created it. It's possible that it was something like a running joke among a group of artists who each added to the scroll over a period of years.

There are also different interpretations of what the scroll is supposed to represent. Some suggest that it was a kind of political cartoon meant to comment on Western influence in Japan.

At the time, Japan was struggling with the influence of Europeans and America who were forcing unfavorable trade agreements on the country and bringing in new ideas like Christianity that many Japanese people saw as a threat to their traditional culture.

But whatever the underlying meaning, these artists certainly didn't shy away from crude humor. And farts were often a favorite subject. The Japanese appreciated a good fart joke as much as anyone and images of people being blown away by farts even show up in other works from the period.

But the He-gassen likely remains the most well-known of the bunch. See for yourself in the gallery above.

Next, learn all about Ben Franklin's "Fart Proudly" essay. Then, see some of the most fascinating images of samurai in action.