Henri Charrière escaped from one of history's most infamous prisons and then won his freedom from the government that he claimed had wrongly imprisoned him in the first place.

If even half of the daring exploits described in Henri Charrière’s autobiography Papillon are true, then he lived a life of adventure and frequent brushes with death that would make any thrill-seeker jealous.

From his gangster days in Paris to his escape from one of history’s most infamous prisons in French Guiana, Henri Charrière lived a life of excitement like that must be read to be believed.

Born to schoolteacher parents in southern France in 1906, Henri Charrière sought adventure on his own terms right from the beginning.

After a stint in the navy following his schooling, Charrière quickly fell in with the Paris underworld. Nicknamed “Papillon” due to the tattoo of a butterfly (“Papillon” in French) on his chest, Charrière started out as a small-time gangster in the French capital. His jobs were to steal and crack safes (some accounts also said that he was a pimp), two abilities that put him in the good graces of local mobsters.

However, “Papillon” didn’t truly make a name for himself until he killed someone.

Arrest And Conviction Of Papillon

Despite all of his illegal activity as a Paris gangster, Henri Charrière wasn’t arrested until after the murder of local gangster and pimp Roland Legrand in 1931.

Charrière claimed innocence in the death of Legrand, saying that he was a victim of dishonest informants and a French justice system that sought a hasty resolution to the case. Why exactly the state pegged Charrière as their man remains unclear, but nevertheless, he received a sentence of life in prison in Cayenne, the infamous penal colony in French Guiana.

But Henri Charrière had no intentions of staying confined — and the sequence of daring prison escapes that would ultimately make him famous was about to begin.

Papillon Breaks Out Of Cayenne

Henri Charrière broke out of Cayenne for the first time after three years in captivity. He briefly ended up in a colony of lepers before trying to sail away into the Gulf of Maracaibo on a makeshift boat. That’s when Papillon crashed his vessel and lived among a native tribe in the thick jungle for several years.

When Charrière moved on once again, French authorities finally caught up to him and decided not to take any chances. This time, it was solitary confinement for two years on the infamous Devil’s Island. 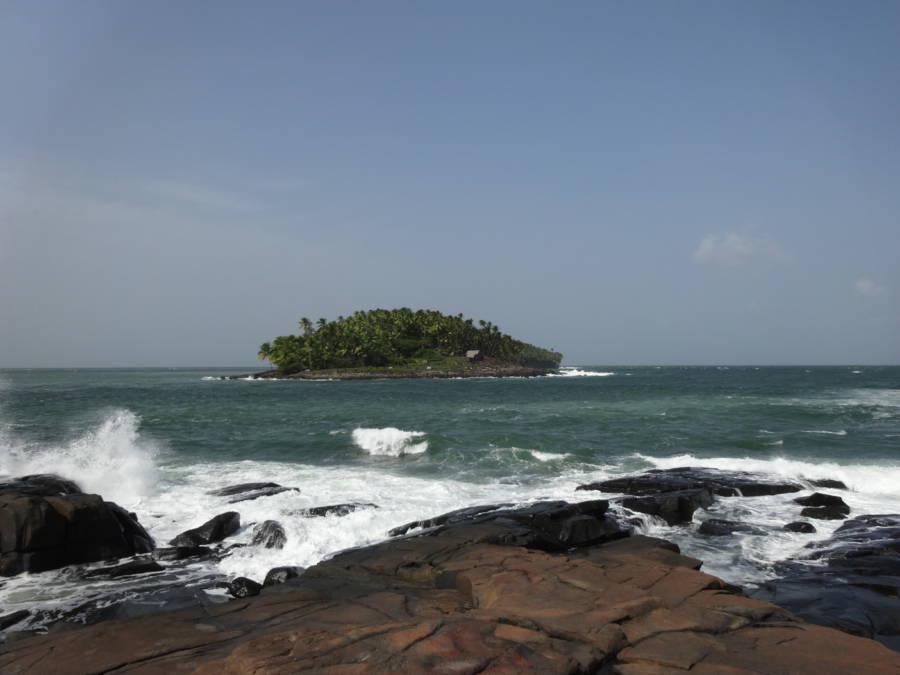 Devil’s Island was just as bad as it sounds. The island didn’t have much security, because it didn’t need to.

One commandant warned against prisoners who thought of escape:

Undaunted, however, Charrière wanted a way out. He’d already survived living in the jungle and he figured that he could do it again.

All in all, Henri Charrière tried to escape seven times before a successful eighth attempt. Once he was out, he navigated shark-infested waters on a raft made of coconuts strung together. In 1945, he landed in Venezuela where he settled down, married, and even earned Venezuelan citizenship, allowing the next chapter of his life to begin.

In Venezuela, Henri Charrière lived a relatively normal life — for him, anyway. He pumped gas, prospected for gold, and then ran a nightclub. At the age of 62, Charriere read the exploits of Albertine Sarrazin, a former French prostitute whose bestselling book L’Astragale gave him an idea.

Charrière began to write, and write, and write some more. He filled countless volumes with text and sent the manuscripts off to a French publisher. The book, Papillon — which Charrière said was “75 percent true” (French authorities have since questioned certain elements of Charrière’s imprisonment and escape narrative) — sold a remarkable 700,000 copies in just the first 10 weeks upon its publication in 1969.

The secret to the book’s success was simple, according to Charrière. “All you need to do is write it the way you would talk it,” he said.

A scene from the film Papillon.

The bestseller then became a movie in 1973 starring Steven McQueen as Charrière and Dustin Hoffman as a fellow prisoner. If the scene above is any indication, there were plenty of chances for Charrière to meet his death amid his various prison escape attempts.

Now famous, Charrière was also finally free. French officials pardoned him in 1970, thereby allowing him to live in France again after the statute of limitations expired for his jail escape. The French justice system that he’d criticized as a young man eventually allowed him to return to his beloved Paris once again.

However, Henri Charrière wouldn’t live long to truly enjoy his wealth and freedom. He died on July 29, 1973 at the age of 66. At the time of his death, “Papillon” had sold more than 5 million copies worldwide — and continues to captivate readers to this day.

After this look at Henri Charrière and the real story behind Papillon, read up on Richard Lee McNair, the man who mailed himself out of prison. Then, step inside the worst prisons on Earth.