Jack The Ripper And H.H. Holmes Were The Same Person, Suggests Ancestor

A great-great grandson of American serial killer H.H. Holmes says that his ancestor was Jack the Ripper. 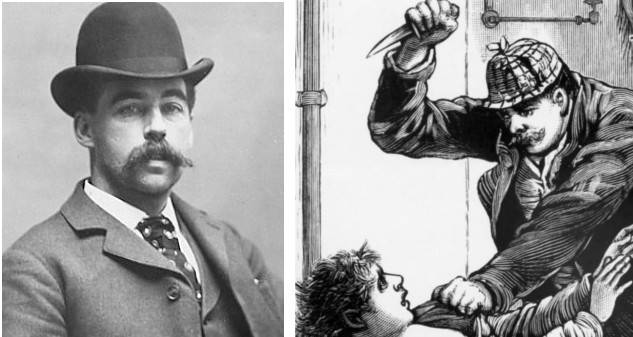 And it’s coming from a source who may know a thing or two about Holmes: his great-great grandson.

Indeed, Jeff Mudgett contends that he has evidence that his ancestor, H.H. Holmes, was Jack The Ripper.

In supporting his claim, Mudgett says that the two had similar handwriting; that Holmes was a deft surgeon like Ripper; that his great-great-grandfather was indeed in London when the killings took place, and that his ancestor closely resembles the police sketch of the London serial killer.

He likewise vows to reveal further evidence that the two killers were the same person in American Ripper, a series on the subject which will debut soon on the History Channel.

“I am a descendent of the devil,” Jeff Mudgett said in a preview for the segment. “I have uncovered credible evidence which suggests that Holmes was Jack the Ripper.”

While Mudgett’s evidence may seem tenuous, it nevertheless highlights the persistent public fascination with the story of Jack the Ripper, whose spate of killings in London’s Whitechapel district in the late 19th century have inspired countless theories as to his true identity.

Over the years, experts and naifs alike have posited a slew of people who could have killed the dozen or so women attributed to Jack the Ripper. This includes suspects questioned at the time like Montague John Druitt and Seweryn Kłosowski, as well as those proposed by later writers and historians like Joseph Barnett and Sir John Williams.

Interestingly, this isn’t the first time Holmes’ name has been presented as a possibility. Holmes, also known as “The Devil in the White City,” was a doctor who lived and worked in Chicago at the time of the Chicago World’s Fair in 1893.

He converted part of the multi-use building he owned into a hotel for the upcoming event, and used secret passageways in the building to kill and dispose of the bodies of the residents and lodgers in what would come to be called his “castle.” Some place the death toll as high as 200 people, though recent historians cast doubt on such a claim.

“He was a swindler first and foremost,” Adam Selzer, author of the new “H.H. Holmes: The True History of the White City Devil,” said. “Right after he was first arrested he suddenly became really, really famous. People were calling him the arch-criminal, the master criminal of the century.”

Instead, Selzer estimates that Holmes killed between nine and twelve people and that the “murder castle” is more speculation than substance.

Nevertheless, Holmes confessed to killing over two dozen people, a crime for which he was hanged to death in 1896.