The Gun That Killed Billy The Kid Sells For $6 Million 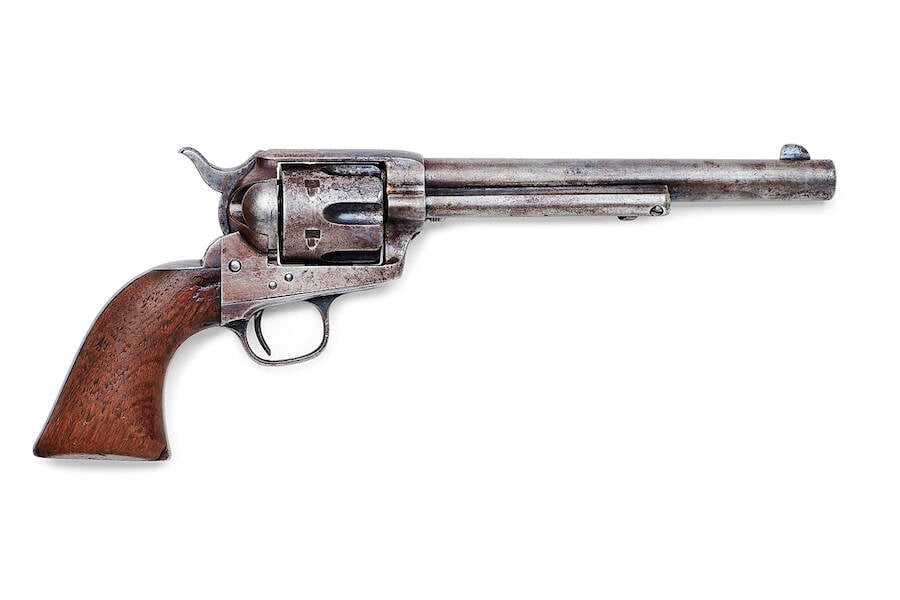 On July 14, 1881, Sheriff Pat Garrett lay in wait in Fort Sumner, New Mexico, before ambushing and killing Billy the Kid. This August, the gun Garrett used to slay the infamous outlaw sold for $6 million.

“Lively bidding was seen on the phone, online, and in the sale room,” announced Bonhams, the auction house that sold the gun. “Bonhams sold the gun Pat Garrett used to kill Billy the Kid for $6,030,313, a world auction record for any firearm.”

The gun had previously sold for $64,350 in 2008 and was expected to fetch somewhere between $2 million and $3 million dollars. Instead, it sold for twice as much to an anonymous buyer.

“[The gun] stands as a relic of one of the most important and well-known stories of the Wild West,” said Bonhams.

“Now part of the American mythology, Garrett’s friendship with the Kid, their mutual respect, and his subsequent hunt, capture, escape, and death have become the stuff of legend.”

Billy the Kid, whose real name was Henry McCarty, was on the run when Pat Garrett caught up to him. Though the two had once been friends and fellow ranch hands, Garrett didn’t hesitate to take Billy the Kid down. 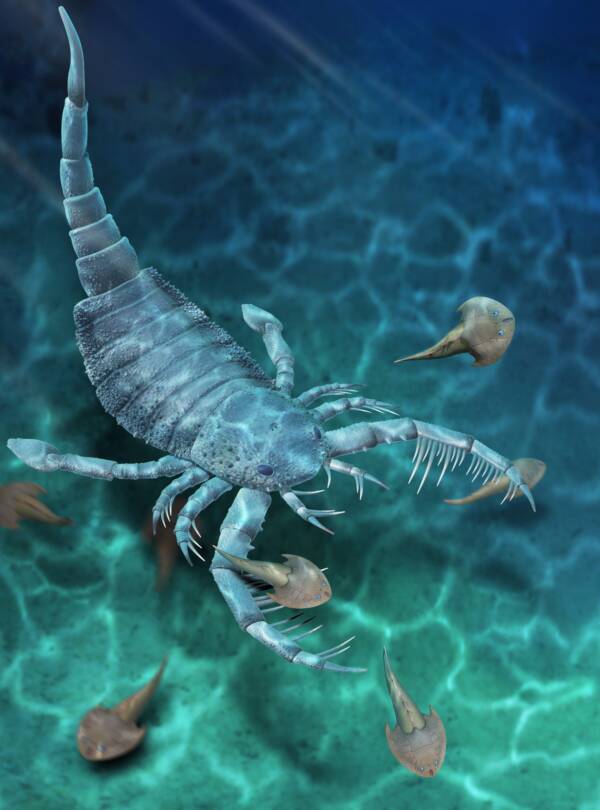 After studying fossils found in the Xiushan Formation in China, scientists announced in October that they had discovered a terrifying prehistoric “sea scorpion” that once skulked through the underwater world.

Officially dubbed Terropterus xiushanensis, this creature stretched as long as three feet in length and had “prosomal limbs” which helped them capture prey. They were likely the top predator of their day.

“Eurypterids, or sea scorpions, are an important group of mid-Paleozoic chelicerate arthropods whose evolution and paleoecological significance have attracted much attention in recent years,” explained Professor Bo Wang of the Nanjing Institute of Geology and Palaeontology of the Chinese Academy of Sciences.

To date, scientists have only found scant evidence of these sea scorpions. Fossils have been recovered in Norway, New York, Estonia, Scotland, and, now, China.

“All [fossils] are Silurian in age and come exclusively from the ancient continent of Laurussia,” explained Wang, “which constrains our knowledge of the morphological diversity, geographical distribution, and evolutionary history of the group.”

In other words, he said, “Our knowledge of these bizarre animals is limited.”

That means that scientists still have plenty of work to do to understand these strange beasts. Until more is known, the three-foot-long “sea scorpion” will remain the stuff of nightmares — and one of the year’s best history news stories. 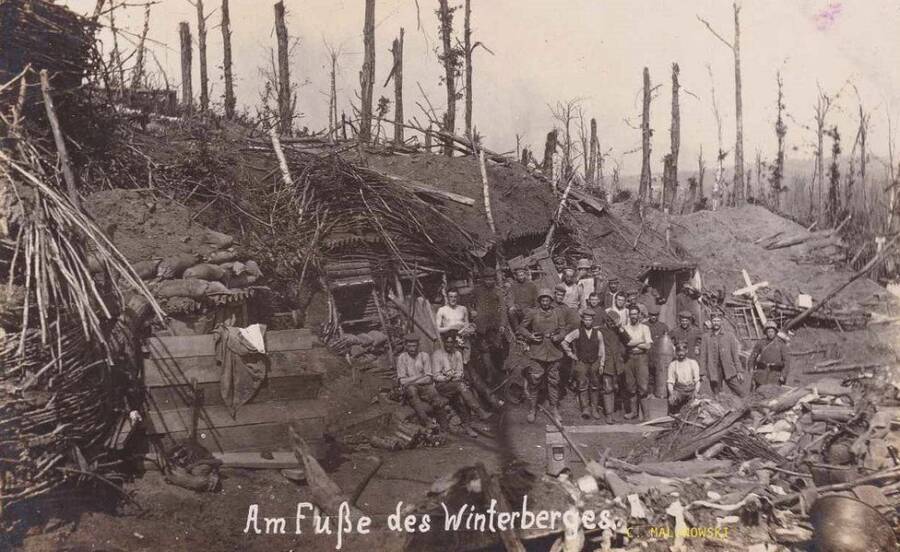 Pierre MalinowskiSoldiers stand in front of the Winterberg tunnel, which a French attack later sealed at both ends.

For over 100 years, a popular walking trail in Craonne, France, concealed a grisly secret. Deep in the earth lay the Winterberg tunnel — and the remains of hundreds of German soldiers who’d been entombed alive during a French counteroffensive in World War I.

Though the tunnel had faded into legend, an amateur historian named Alain Malinowski made it his mission to find it. He and his son told Le Monde at the end of 2020 that they’d succeeded in tracking down the Winterberg tunnel. And the story made history news in English-language media this year.

“It was like Pompeii,” one of their crew members said. “Nothing had moved.”

In May 1917, the tunnel became a tomb when French shells cut off both ends, trapping some 270 men inside. Over six torturous days, all but three of the men died by either suffocation or suicide.

One of the survivors, Karl Fisser, offered a harrowing account of his time trapped in the tunnel. He wrote:

“Everyone was calling for water, but it was in vain. Death laughed at its harvest and Death stood guard on the barricade, so nobody could escape. “Some raved about rescue, others for water. One comrade lay on the ground next to me and croaked with a breaking voice for someone to load his pistol for him.”

Neither the French nor German governments were enthusiastic about the find — Malinowski’s son broke the law in opening the tunnel — but Malinowski is convinced that the tunnel is a historical treasure trove.