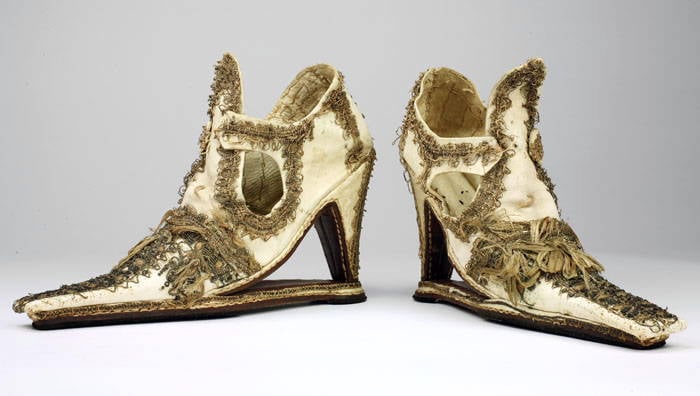 Slapping a flat sole to the bottom of a heeled shoe once had a purpose. Toward the beginning of the 17th century, men would place a sole on the bottom of their boots so that their heels wouldn’t sink in the mud. Eventually, the idea caught on with fashionable women’s shoemakers. While the sole was attached to the ball of the shoe, it was not fixed to the heel. Thus as women walked about, the clacking sound–one associated with wealth and sophistication–could not be avoided. 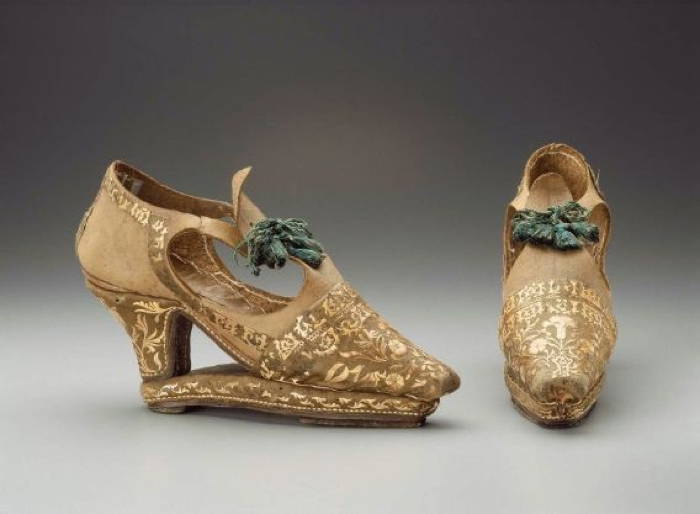 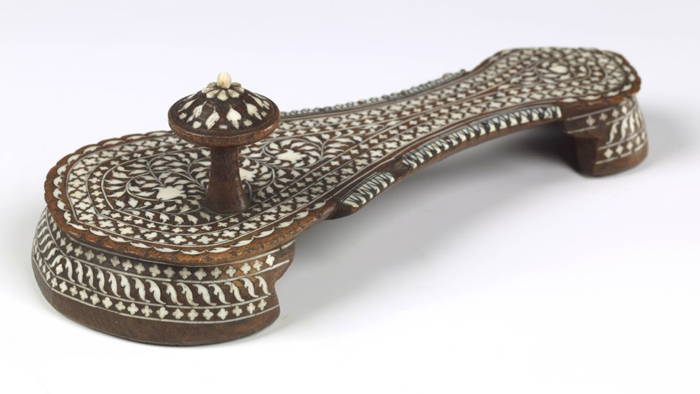 The paduka shoe is without a doubt the quintessential footwear of India. Worn by everyone from the wealthy to the impoverished, paduka shoes–essentially a knob and a sole–were decorated according to social status. While most paduka shoes were wooden, more well-off wearers would have theirs made with ivory, teak, sandalwood and wire. 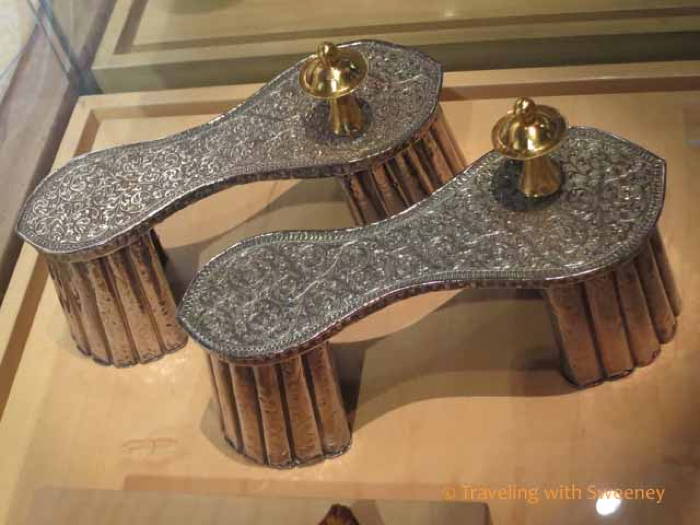 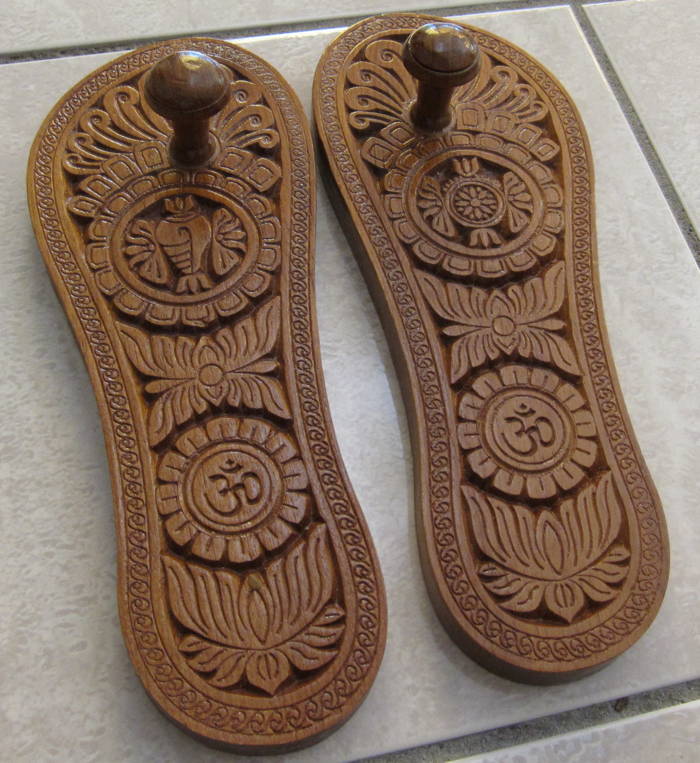 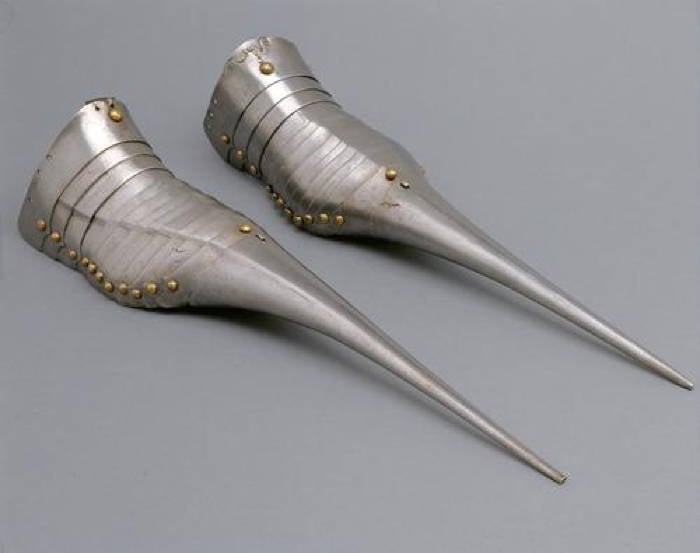 The foot has always been a vulnerable body part in battle. That’s why throughout the 13th and 16th centuries, men would place menacing, metal casings atop them for protection. Known as sabatons, the footwear typically ended in a sharp, tapered point and served as both armor and weaponry. Certain royalty was permitted to sport sabatons up to nearly three feet long. 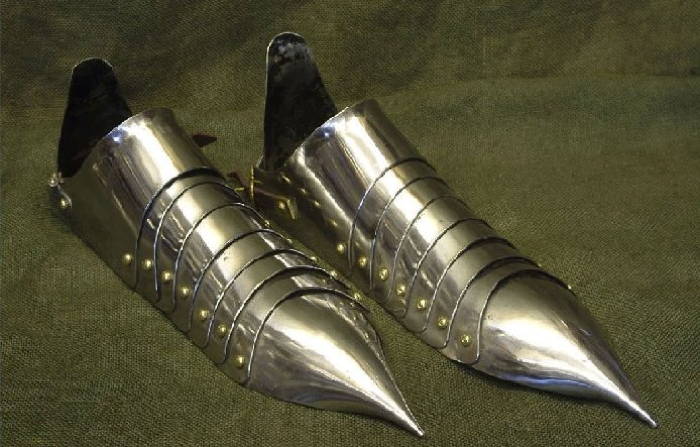