From New York City's most feared creature to an insect that can kill you with its feces, these house bugs are beyond horrifying. 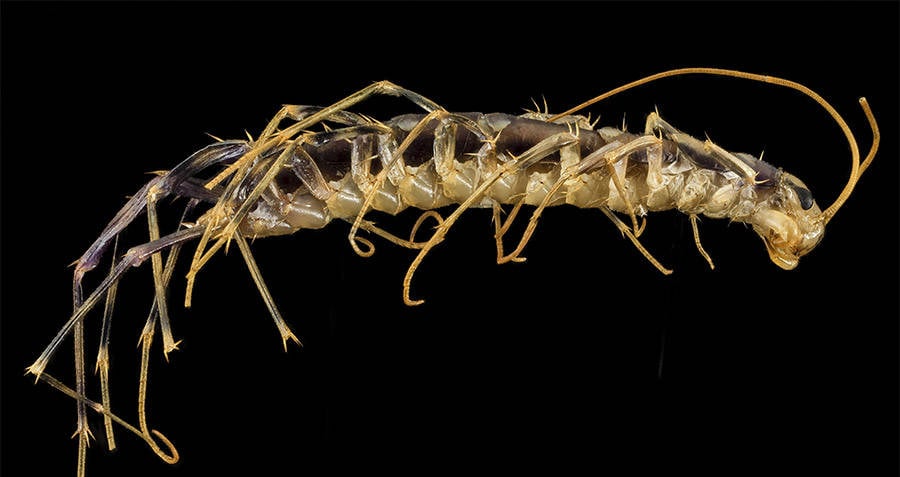 Public DomainA close up of a House Centipede.

No matter what kind of home you live in; whether it’s an apartment, a house, or a tent in the woods, you’re not alone. The world has roughly 10 quintillion individual insects in it, which collectively outweigh the humans by a factor of 300, and more than a few of them live right in your home.

If you live in a typical four-bedroom house someplace warm, such as Florida, the invertebrates in your dwelling may together be as heavy as you are. Most of these house bugs and other crawly things are unobtrusive, and you may even go a long time without seeing one. But when conditions are right, you can wake up to a tidal wave of Lovecraftian monsters swarming over the places you used to feel safe.

Here are four of the creepiest house bugs out there. 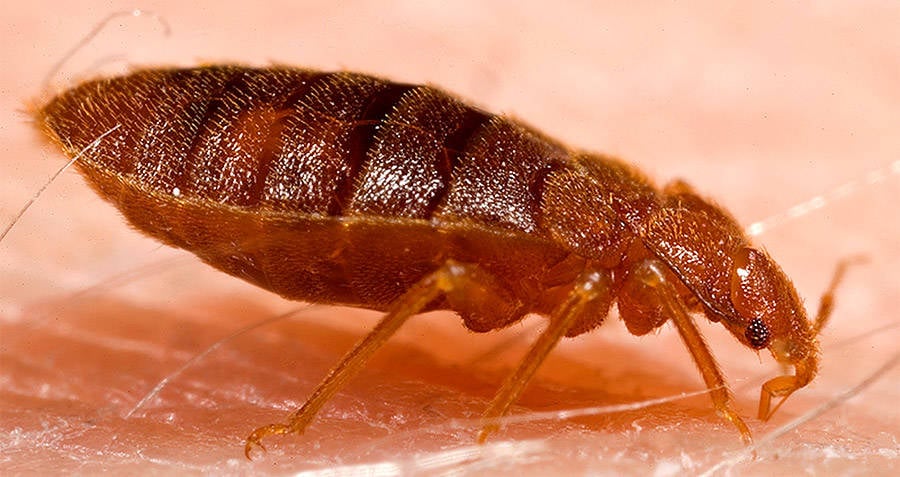 Bedbugs made a splash a few years back when they jumped out of the nursery rhymes children hear at bedtime and onto the news. It seems the United States briefly underwent a plague of the things, which feed almost exclusively on human blood and are alarmingly good at spreading.

Aptly named, these small bugs swarm through mattresses and bedclothes in numbers great enough to cause discoloration of the material. They also don’t hesitate to attack people at night to inflict potentially thousands of itchy, stinging bites as the females draw the blood they need to lay their fertilized eggs.

As unpleasant as that thought is, nature can always make things worse, as it probably did at the time those bedbugs got pregnant. Bedbugs, you see, practice a form of mating called “traumatic insemination” that requires the males to stab their bladelike penises deep into the abdomen of the female in order to have a hope of reaching her eggs.

The twist is that stabbing your bedbug-babby-momma with a knife-shaped penis is actually pretty risky, so the males sometimes mount each other and stab away. The attacker then deposits a dollop of sperm at the base of the other male’s penis so he’ll pass along his stabby rapist’s seed when he next mates, rather than his own.

Naturally, since this is so effective as a breeding technique, it has been favored by selection until this is really common behavior among the species…in the bed you sleep on. 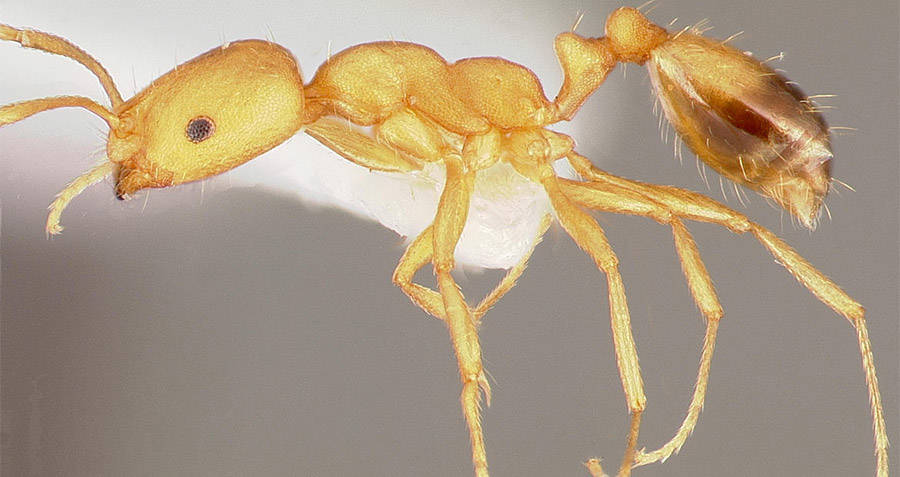 Imagine the world’s hardest-working homeless person lives somewhere in your house. You’re not sure where, exactly, but he’s there for sure. In all likelihood, the way you’d find out about the hobo is from the smell of his carefully hoarded stocks of old fish and discarded jars of mayonnaise.

You’ll likely discover Pharaoh ants the same way, by the smell of the rotting food that they’ve piled up in their nest. These ants are omnivorous, like many species, but they prefer meat for its high nutritional content.

To keep their larger edibles as long as possible, these house bugs ration out their meals and try to make the food last in case the colony hits lean times. That means dead bugs, rat corpses, and the old bits of cheese you kicked under the stove are all piled up somewhere between your walls.

The kicker is that, if you don’t know just what you’re looking for, you could easily miss the signs of a Pharaoh ant infestation and just think your house smells weird. You’ll miss it, that is, until the colony’s first big breeding season, when thousands of winged drones and virgin queens launch their mating flights from small holes the workers have chewed into your walls.

Once your living room is filled with flying ants, you’re pretty much too late to cheaply solve the problem, and you might find it easier just to ride it out and wait for their numbers to decline somewhat over winter. 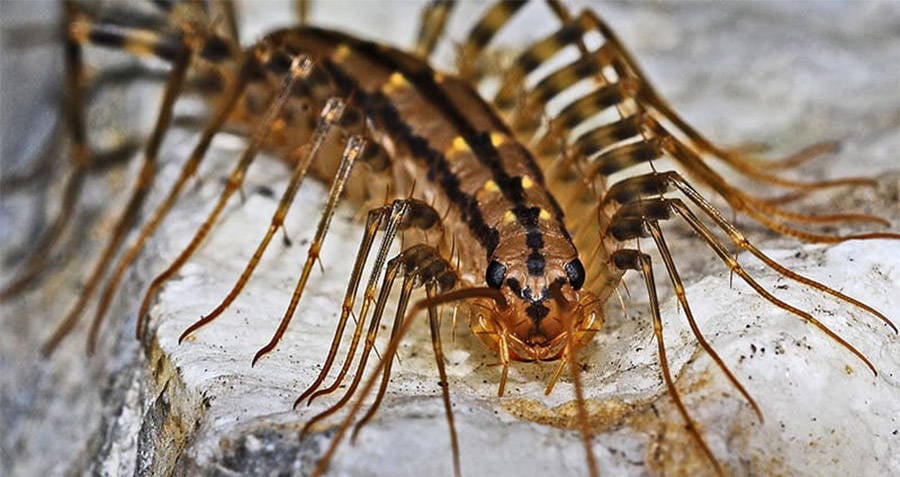 House centipedes score negative-5 on the harmful/bad-insect scale, but positive-several hundred million on the “what the hell was THAT?!?!” scale.

Growing to about two or three inches long and looking like that weird bellybutton probe from The Matrix, house centipedes have an alarming habit of turning up on the bathroom floor right next to your bare feet. Then they’re scurrying away faster than you would think something that ungainly looking could move. As cagey as they are about direct light, they have no real problem crawling out in the open or over your hand, assuming you’re the sort of person who lets centipedes crawl over your hand.

Like all centipedes, this variety has specialized front legs that are tipped with paralyzing venom. They almost never sting humans though, which is good because they won’t hesitate to scurry right over your face while you’re asleep.

As creepy as that is, bear in mind that they are voracious predators that spend every waking minute hunting for cockroaches, silverfish, termites, and other destructive little pests you might have in your house right now. So it’s usually best not to crush them, which is almost certainly your first instinct when one of them shoots across the wall.

Oh yeah, these house bugs can scale vertical surfaces, like toilet bowls, with ease. That’s something to think about while you’re in the bathroom, at least. 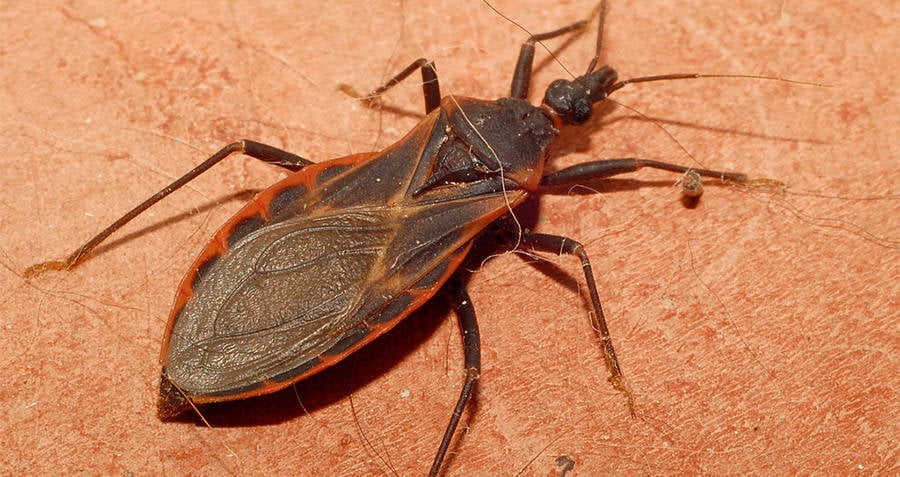 The house centipede is gross, but at least when it scuttles over your mouth and nose at night it’s just on its way somewhere and won’t hurt you. The kissing bug, on the other hand, will do it to kill you.

As its name implies, this member of the conenose bug family (which is charmingly also called the assassin bugs and the vampire bugs) is drawn to the warm, soft skin near your mouth. When it finds a good spot with lots of blood vessels near the surface, it sinks its mouthparts in and sucks quite a lot of blood for a meal, leaving a small welt behind. That’s not any worse than what mosquitoes do, but the kissing bug wouldn’t be a proper assassin beetle if things stopped there.

Blood is actually not very nutritious, and so to get the most out of a single bite, the kissing bug squeezes the water out of what it’s drinking and defecates little drops near the site of the bite. Those drops of feces are sometimes contaminated with the parasite Trypanosoma cruzi, which causes a condition known as Chagas.

When you scratch the itchy bite, as often as not you’re scraping the parasite into the wound. Once in your bloodstream, the Chagas parasite heads straight for your heart muscle, where it sets to work eating it alive. A few months after your bite, you may notice trouble exercising.

This difficulty only gets worse, as you suffer from what is, in effect, a very slow-motion heart attack. In time, enough of your heart muscle will have gone that you’ll develop heart failure and die, but only after months of sleeping in an upright position and draining your life savings on costly hospice care. The only treatment is a heart transplant, which takes months and requires a lifetime of taking immune-suppressing drugs to prevent rejection.

Of course, it goes without saying that suppressing your immune system is an invitation to your bloodborne parasite to get back to work attacking your new heart, which it totally does. These house bugs can be found all over the Americas, where about seven million people are infected. In fact, there’s no reason to believe you don’t have a few in your house right now.

Now that you know about house bugs, check out the world’s most beautiful butterflies. Then read about <a href="http://why we actually need spiders around.