If you were a French dandy living at the cusp of the 20th century, the future looked bright. How bright? Read on to find out. 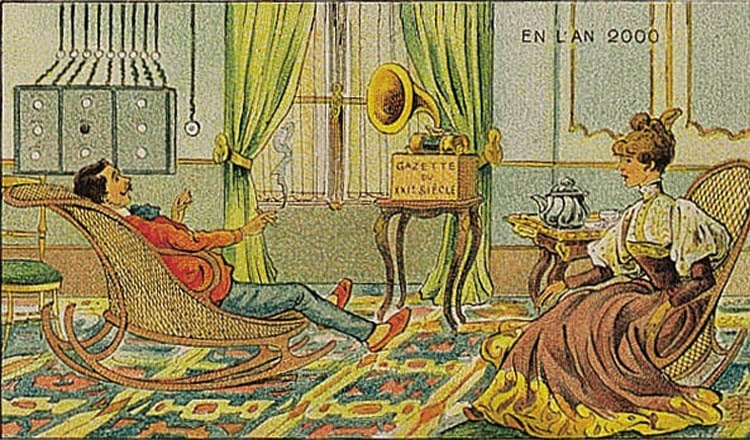 A couple "listens" to the newspaper.Wikimedia 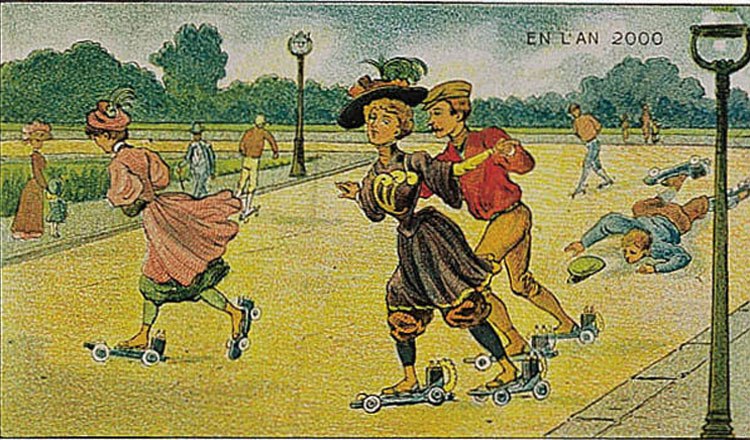 The French envisioned that wheeled shoes could make walking faster.Wikimedia 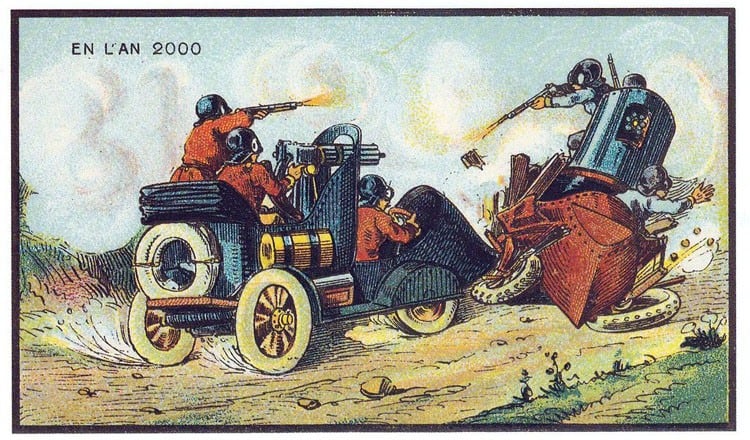 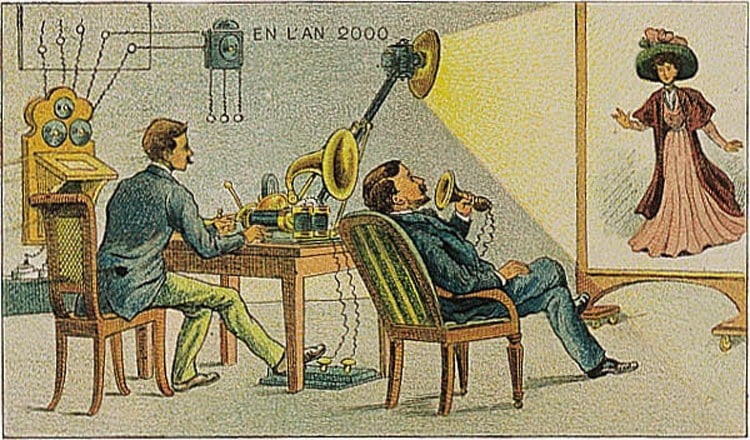 A vision of a projection screen attached to a phonograph.Wikimedia 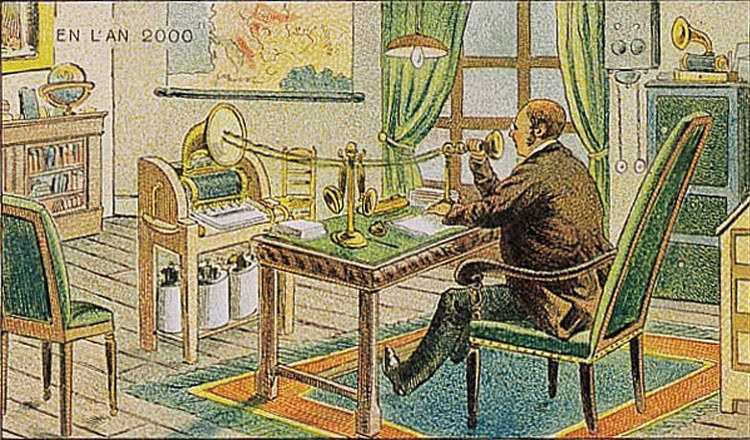 A machine transcribes words and sends them out via courier.Wikimedia 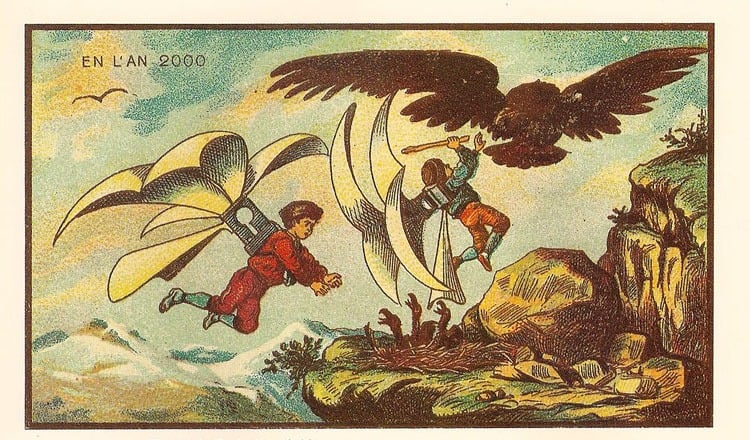 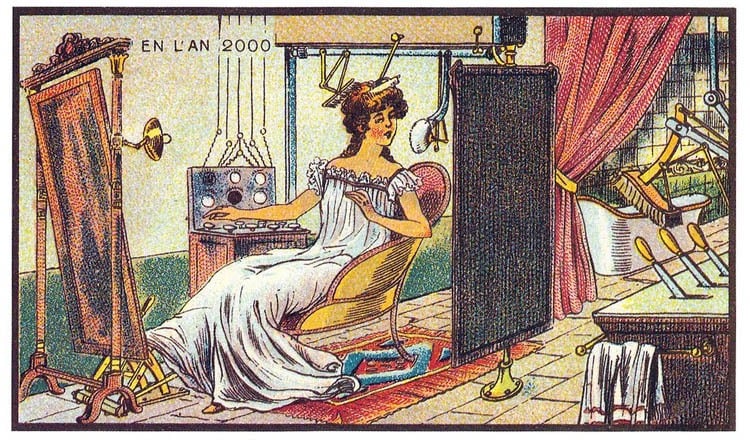 A machine does a woman's gussying up.Wikimedia 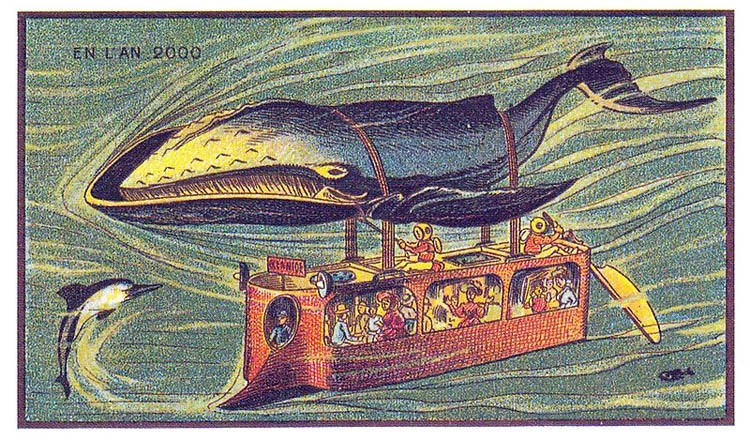 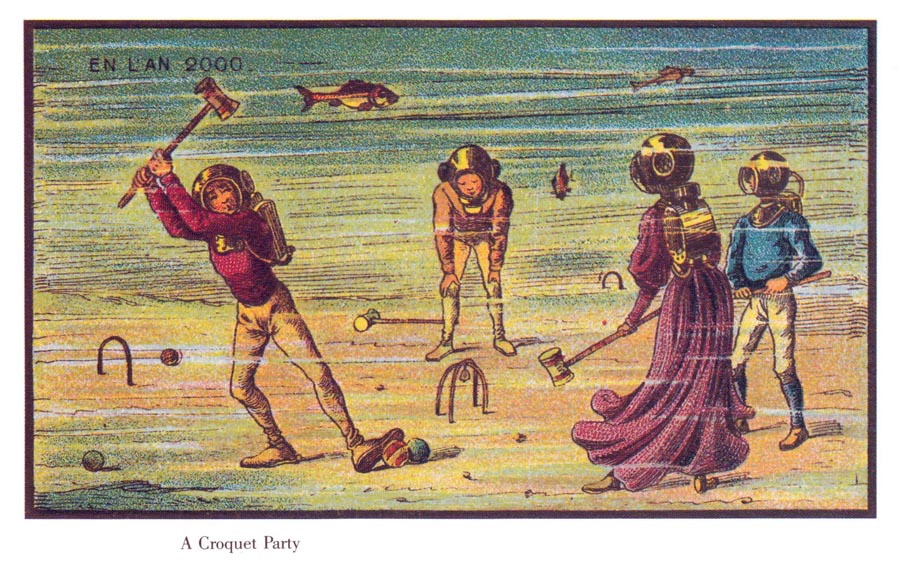 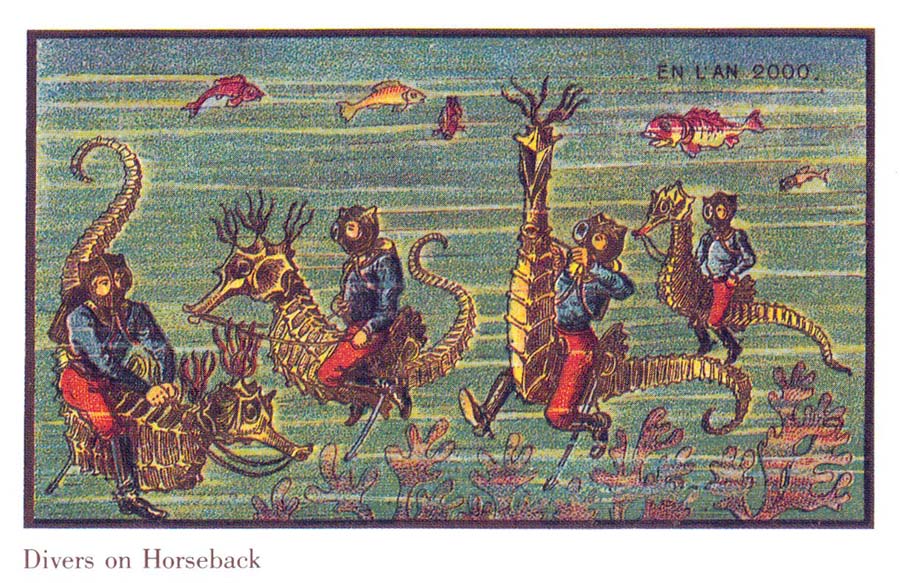 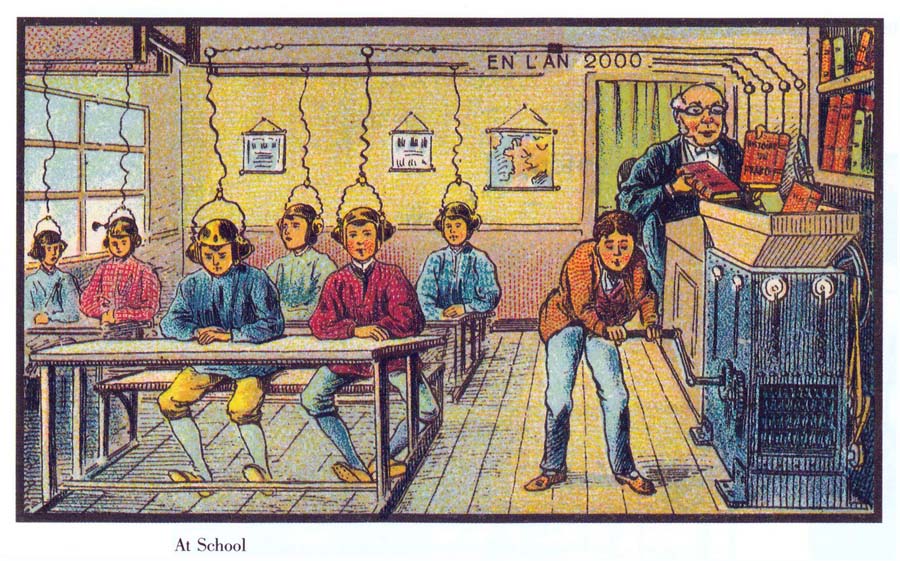 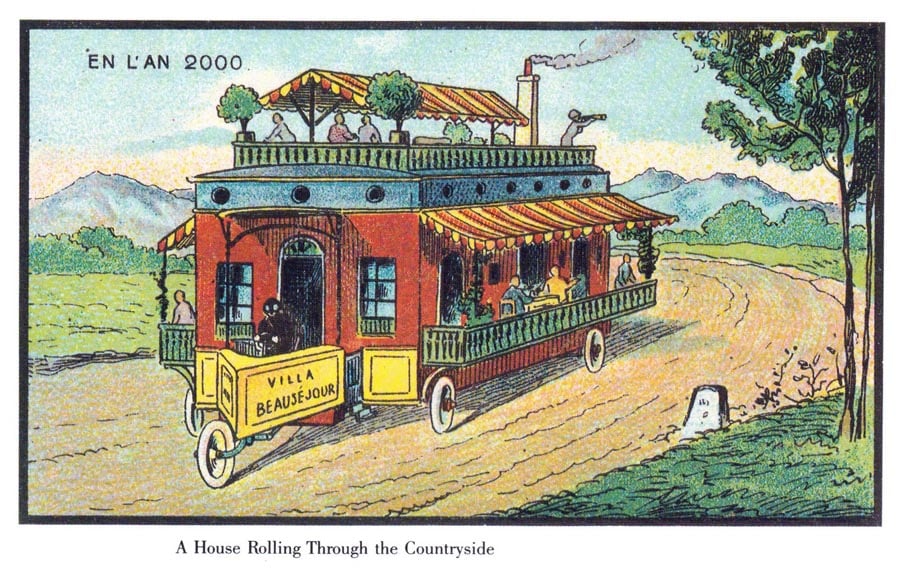 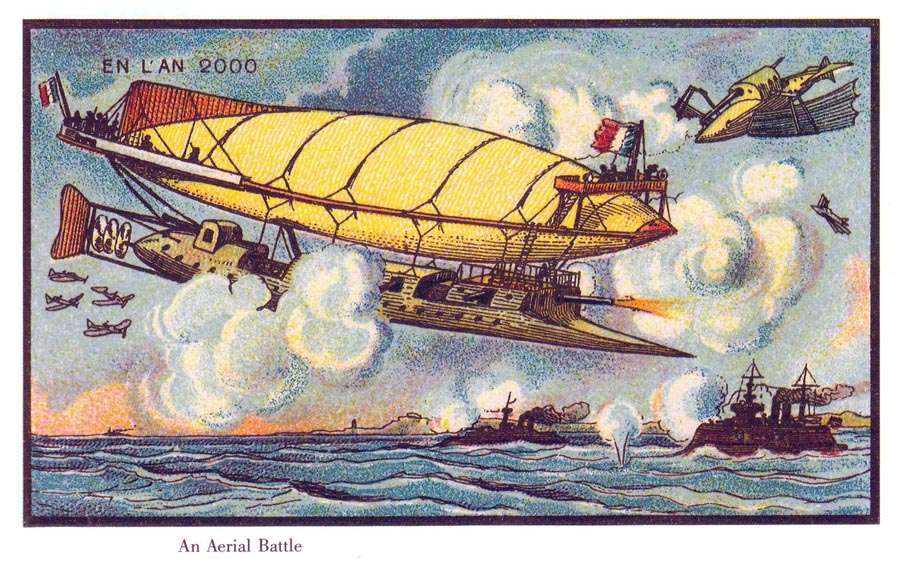 A massive zeppelin comes to the aid of military vessels.Wikimedia 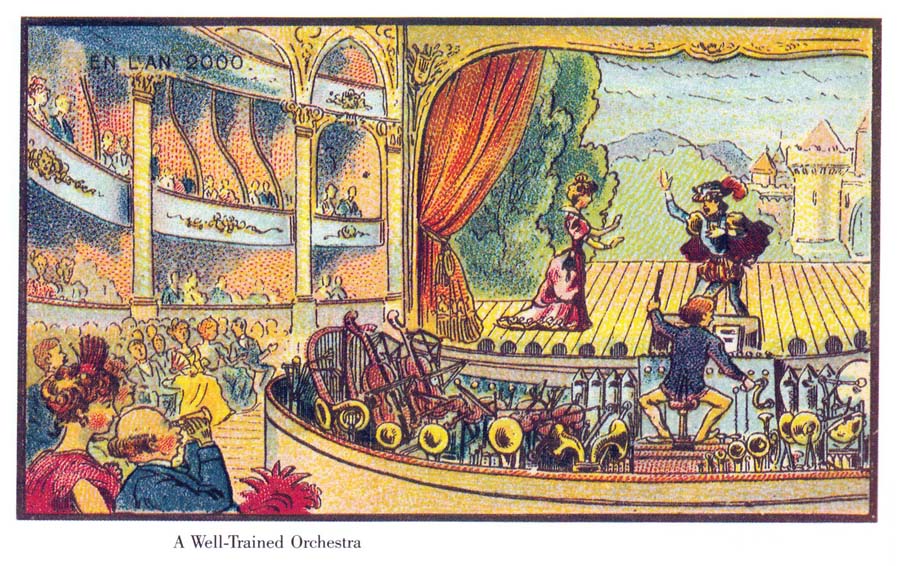 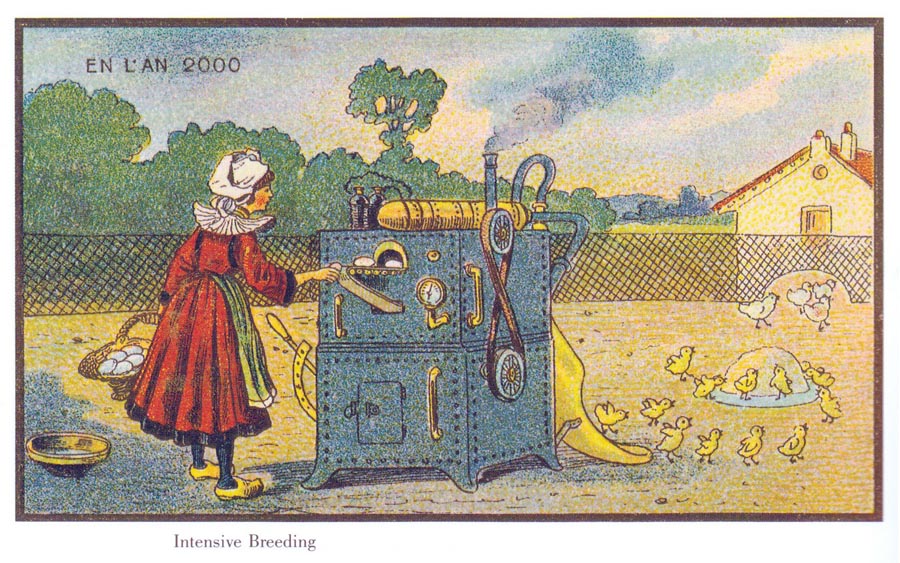 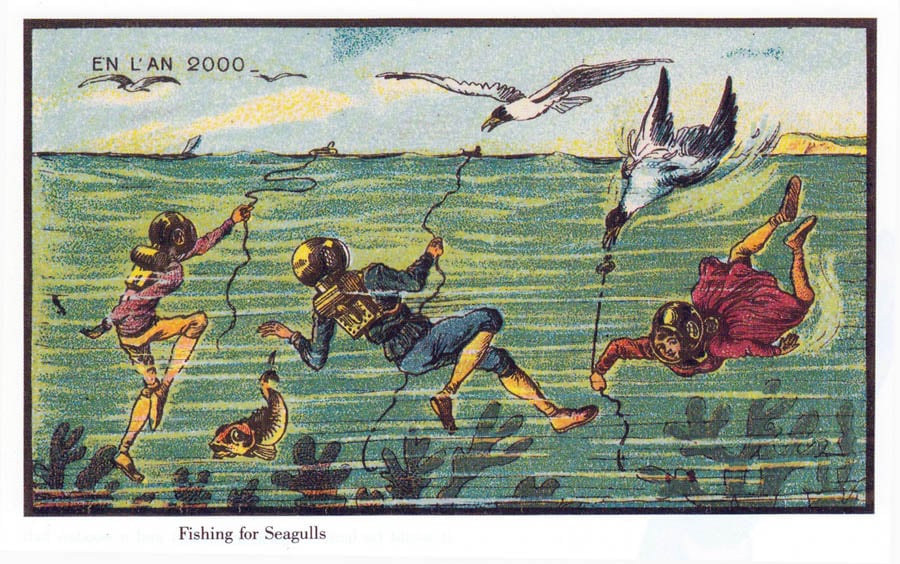 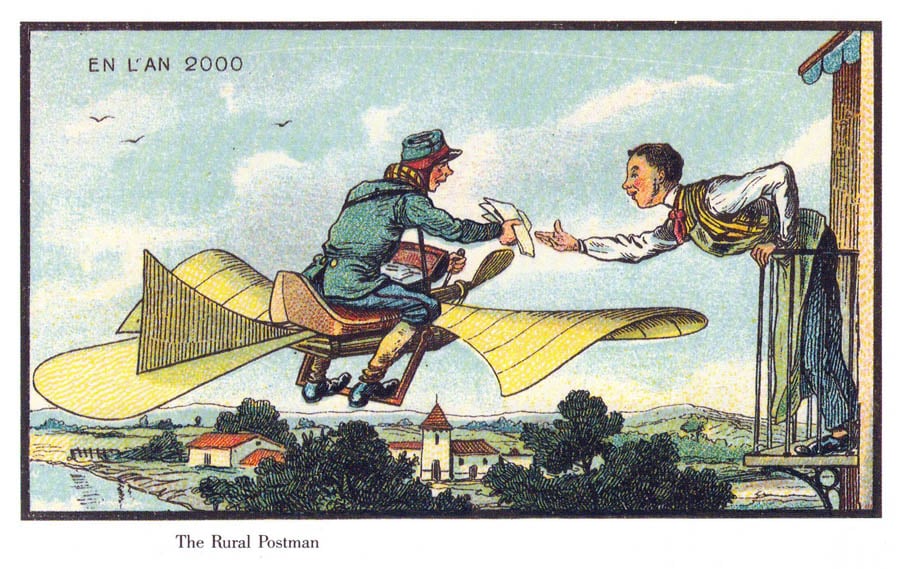 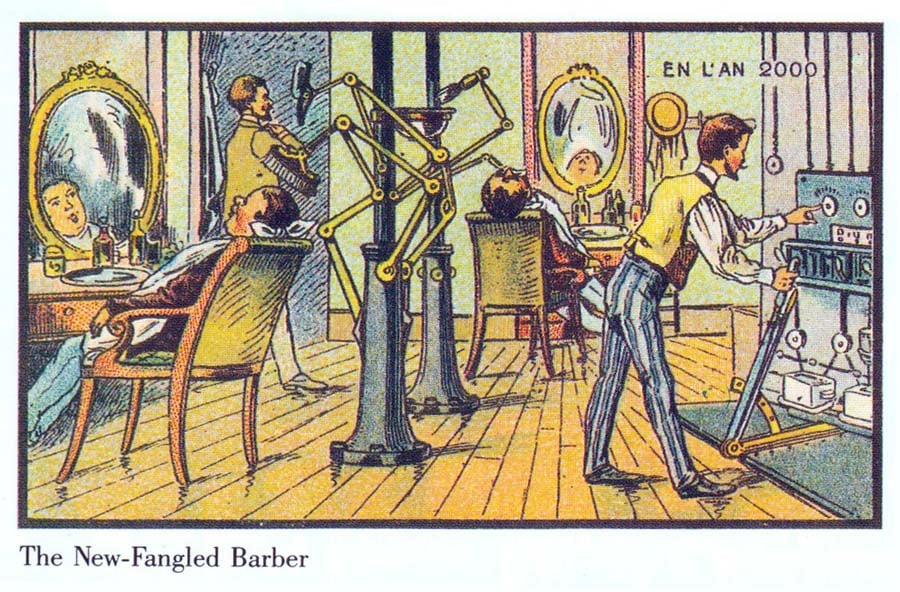 Machines come to the aid of hairdressers.Wikimedia 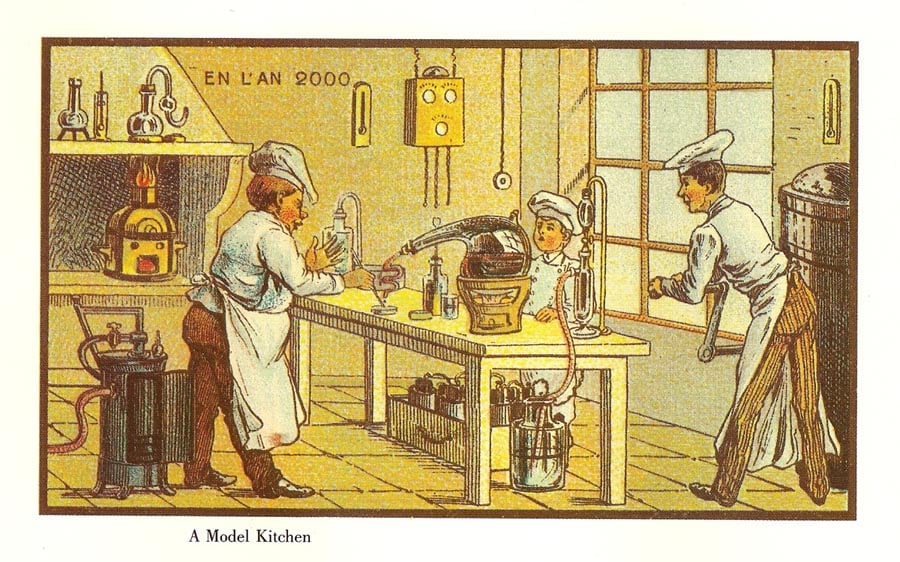 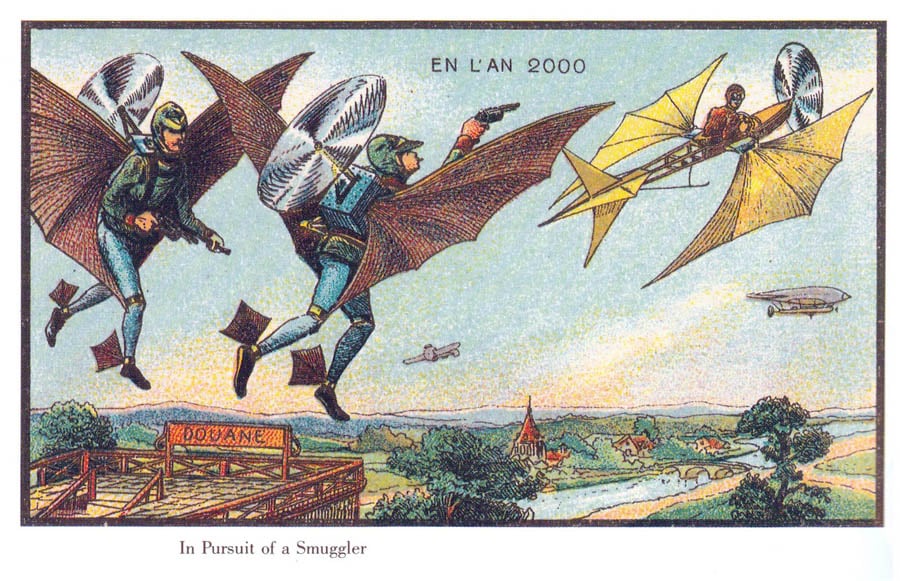 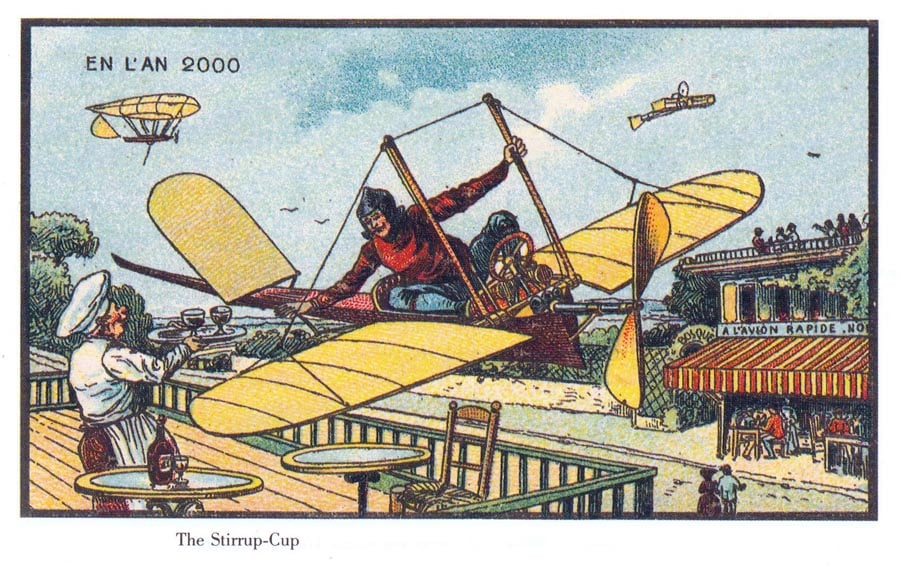 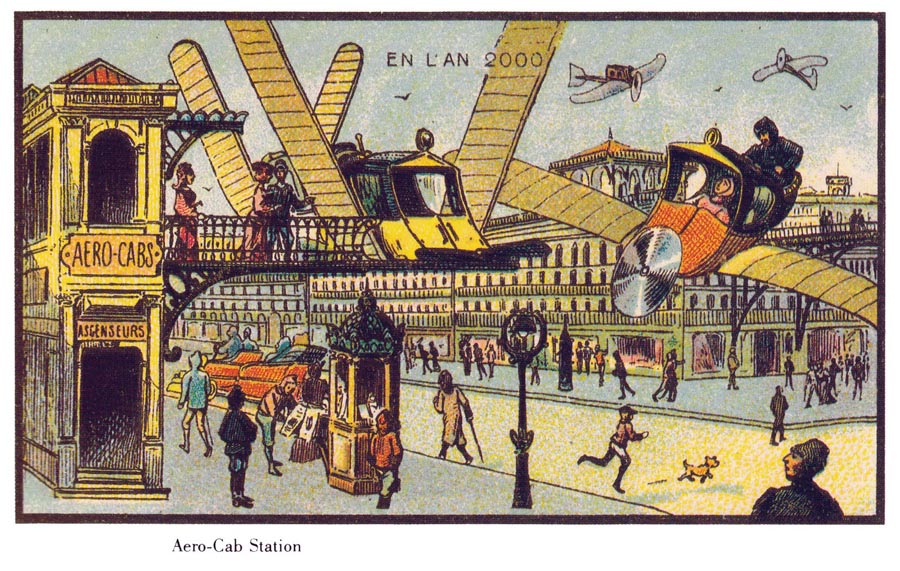 The French projected that technological innovation would allow men and women to make use of the sky when traveling.Wikimedia

The ways we envision the future are contingent upon our present contexts. And in late 19th century France, an industrial boom had artists anticipating, well, playing croquet underwater.

At the cusp of the 20th century, Jean-Marc Côté and a few other visionary French artists began to speculate as to the coming century might have in store for them and their country. Côté and company mapped these speculations out in a series of drawings, which they would display at the World Exhibition in Paris.

Subsequent use as postcards and cigarette and cigar box inserts would increase the drawings' shelf life, though the prints were never commercially distributed. In fact, Isaac Asimov purchased the only known set of postcards for use in his nonfiction work Futuredays: A Nineteenth Century Vision of the Year 2000.

For more on French history and lifestyle, see how France envisions the work week and these photos of the French Resistance in action.