The Gilded Life Of Howard Carter, The Archaeologist Who Discovered King Tut’s Treasures

Go inside the fascinating story of British archaeologist and Egyptologist Howard Carter and how he found King Tut's tomb.

The golden treasures found in King Tutankhamun’s tomb changed our understanding of ancient Egyptian history forever. But before the tomb was uncovered, the expedition that was hell-bent on locating it was almost disbanded after years of unsuccessful searches. Still, one persistent British archaeologist named Howard Carter refused to give up on the mission.

Thanks to the resilience of Carter — and the assistance from locals in Egypt — this 3,300-year-old crypt was unveiled in the early 1920s. It was likely the first time that anyone had seen the inside of the tomb in centuries. And despite how old it was, the resting place was incredibly well-preserved.

This is the true story of Howard Carter, the archaeologist and Egyptologist who found King Tut’s tomb — and the “wonderful things” inside it.

The Early Life Of Howard Carter 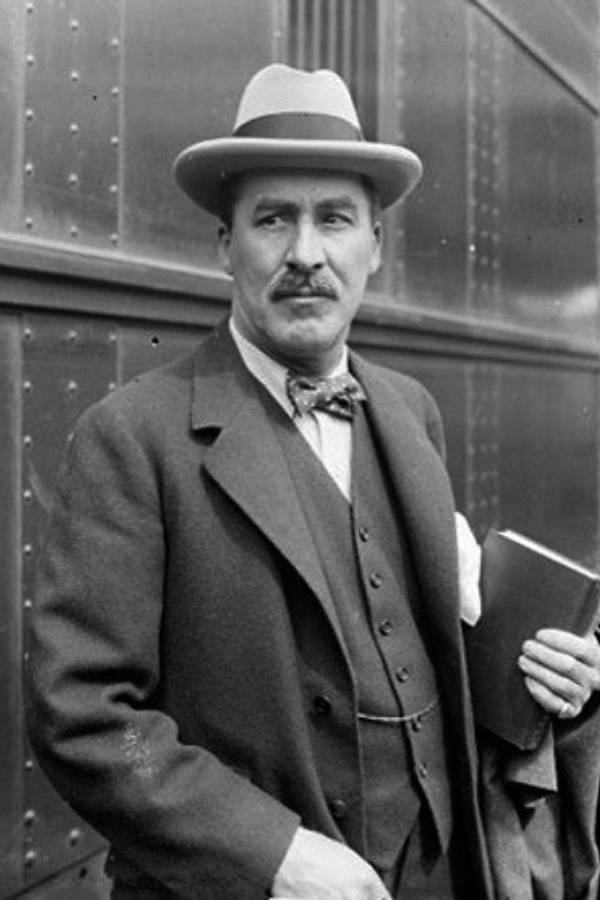 The Library of Congress/Chicago Daily News/Wikimedia CommonsHoward Carter was interested in ancient Egypt from an early age.

Born in London on May 9, 1874, Howard Carter expressed an avid interest in Egyptian culture, history, and art from an early age. His father was an artist who encouraged creative expression. And though the family lived by modest means and education, Carter’s passion for ancient artifacts was rich.

The Carter family lived up the street from the mansion of the Amherst family, which was known as Didlington Hall. Also passionate about antiquities, Lord Amherst was a client of Howard’s father, Samuel, according to Archaeology Magazine. Lord Amherst kept a collection of Egyptian artifacts in Didlington Hall and allowed young Howard Carter to visit.

Eventually, the Amherst family noticed the boy’s keen interest in antiquities and offered to help him kickstart his career. When Carter was just 17, he accompanied an Amherst family friend to Beni Hasan, an Egyptian burial site.

There, he recorded the intricate paintings present on tomb walls, impressing the excavation team with his innovative ideas and attention to detail. His work was especially stunning as it was all done freehand with no stencils, graphs, or tools. And just like that, his career was off to a great start. 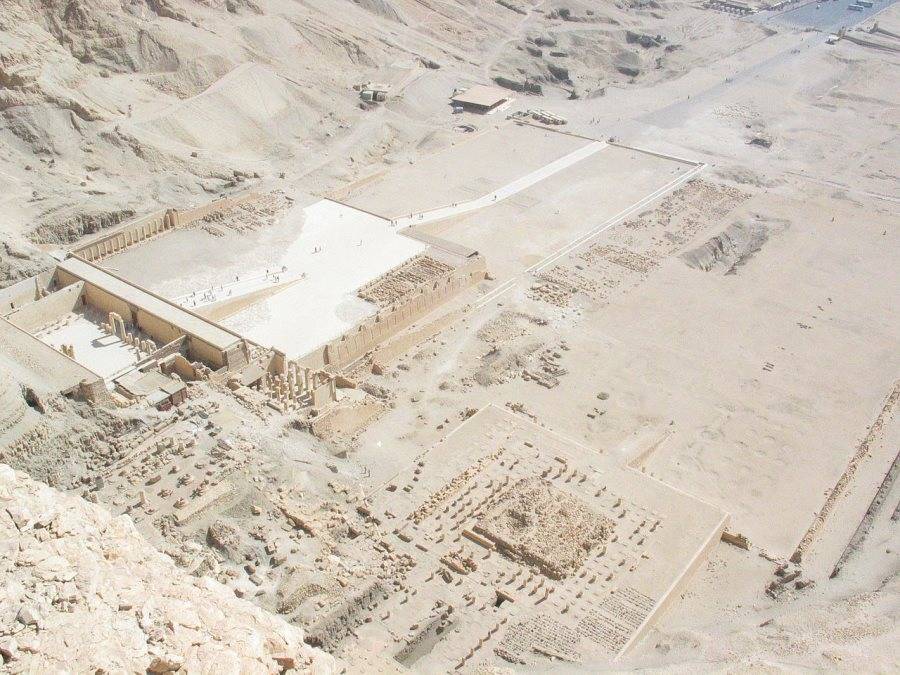 Chipdawes/Wikimedia CommonsDeir el-Bahri, one of the many ancient Egyptian sites that Howard Carter visited.

Before long, influential scholars were inviting Howard Carter to work as an artist at major archaeological sites. And as a result, the young man was becoming an entirely self-taught Egyptologist through experience.

At Amarna, the short-lived capital of the pharaoh Akhenaten, Carter worked with archaeologist William Flinders Petrie. He took pictures and drew sketches at the temple of Pharaoh Hatshepsut, also known as Deir el-Bahri.

Archaeologists like Petrie and Édouard Naville grew ever more impressed with Carter. By the time he was 30, Carter had become a chief inspector of the Egyptian Antiquities Service, according to The New York Times. During his tenure, he worked diligently to enforce the protection of excavation sites.

And his contributions to the world of archaeology were prolific. Carter later discovered the already-robbed tombs of several 18th-Dynasty monarchs, according to Britannica. He also developed a grid system to map out the lands of the tombs — a map that is still used at excavation sites today.

But a violent incident in 1905 saw Carter caught in the middle of a conflict between a group of disorderly French tourists and the Egyptian site guards at Saqqara. Carter took the Egyptian guards’ side in the so-called “Saqqara Affair,” and as a result, he was forced to resign from his post.

He took his resignation hard, believing that the best days of his career were over. Little did he know that in a couple of years, his life would change.

A Second Chance For The Egyptologist 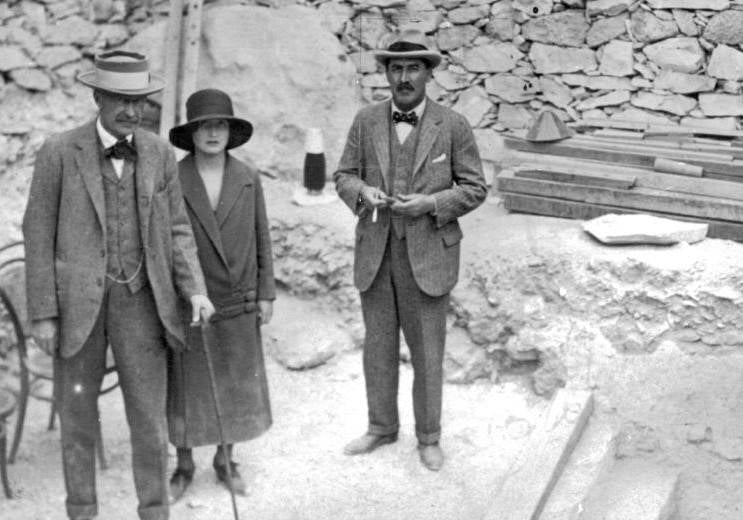 In 1907, Howard Carter received an invitation from Lord Carnarvon, a British aristocrat who was backing an excavation of tombs near Deir el-Bahri. As far as Carter was concerned, the invitation couldn’t have come soon enough.

A former colleague of Carter’s had recommended him to Carnarvon, believing that Carter’s methods of grid blocking and identification could be helpful. Carnarvon dreamt of making incredible archaeological discoveries, and when he was given permission in 1914 to explore the Valley of the Kings, he expected to uncover the burial sites of famous pharaohs of lore.

The excavation was delayed, however, by World War I, during which Carter served as a translator for British intelligence. Though little is known about Carter’s activities during the war, there is a persistent rumor that he was in part responsible for the destruction of a German fort at Luxor.

It would not be until 1917 that Carter could, at last, begin his fated mission of digging in the Valley of the Kings. But he didn’t find treasures right away.

To Lord Carnarvon’s dismay, the excavations in the Valley of the Kings did not produce quite as much as he had expected. By 1922, Lord Carnarvon had finally had enough and gave Carter an ultimatum: Find something noteworthy in the next few months, or the project is over.

Not willing to go back to the low point he had been after resigning from the Antiquities Service, Carter worked harder than he ever had before. He circled back to previously searched areas, looking for anything that he may have missed. As it turned out, there was something magnificent waiting for him. 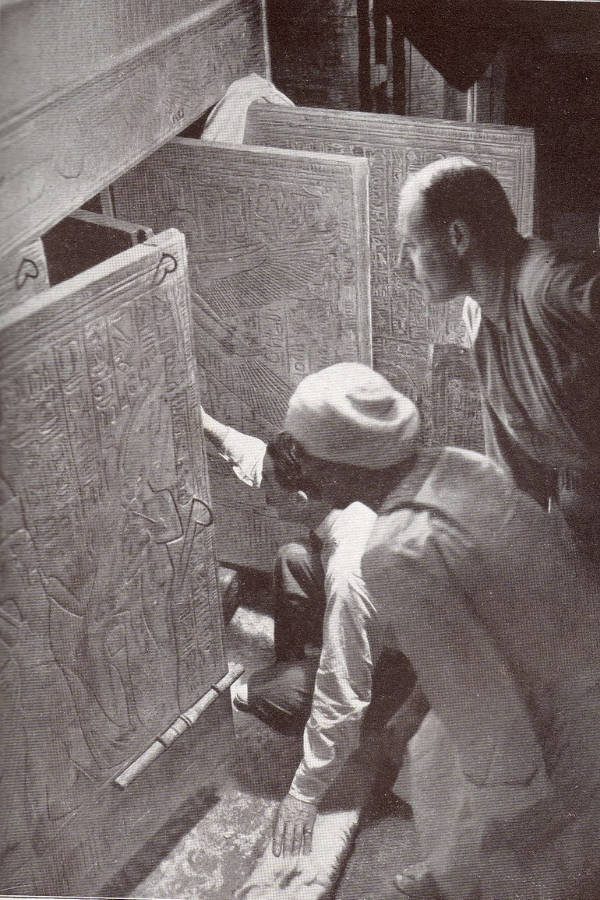 A few months earlier, archaeologists had erected a line of huts on an unfruitful patch of ground. Howard Carter, however, believed that the area deserved another look. Dismantling the huts, he ordered the bedrock beneath them cleared and the area cordoned off for a new search.

Then, on November 4, 1922, as workers heaved stones, a water boy stumbled into a rock crevasse. After inspecting the area, Carter discovered that the rock was actually the top step of a flight of stairs that descended into the Earth and ended at a mysterious mud-sealed doorway.

Lord Carnarvon rushed to the site to oversee the opening of the doorway on November 26th. Under Carnarvon’s watchful eye, Carter eased the doorway open with a chisel his grandmother had given him for his 17th birthday. After opening it enough to ease a candle inside, he peered through the doorway.

“Can you see anything?” Lord Carnarvon asked. Indeed, Howard Carter could. Even in the dim candlelight, Carter could spy incredible gold fixtures glimmering inside the tomb, according to Smithsonian Magazine.

“Yes, wonderful things!” the archaeologist exclaimed. As it turned out, Carter was gazing upon the intact tomb of the young King Tutankhamun. 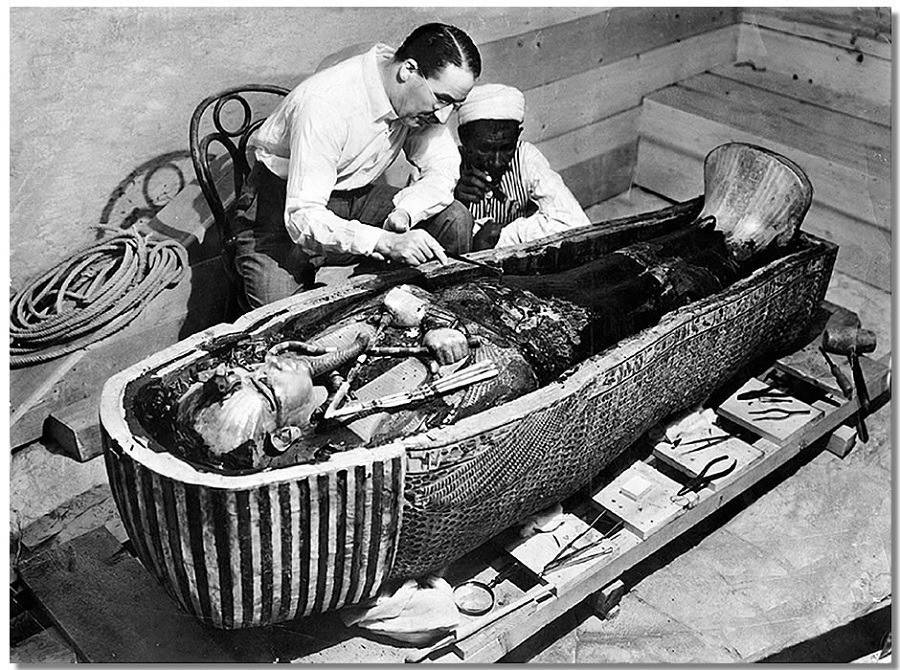 Wikimedia CommonsHoward Carter looking upon the sarcophagus of King Tut.

As Carter explored the 3,300-year-old tomb, he found countless gold treasures, ancient artifacts, and eventually, in February 1923, the sarcophagus of King Tut, who had died in his late teens, according to History.

No one had opened the tomb for centuries, though someone had cracked it open at least twice since King Tut’s death. Two interior chambers of the tomb remained sealed, with the two outer chambers open and most likely looted. But despite the ancient grave robberies, the tomb was still an exquisite find and the best-preserved pharaonic tomb ever found.

Over the next 10 years, Howard Carter and his team brought forth the wonders of ancient Egypt from the tomb and sent them off to be displayed to the public. In total, about 5,000 precious artifacts were uncovered from the burial place, including a pair of sandals that the royal once wore, a shield adorned with cheetah skin, and ancient jars full of alcohol.

The excavation site remained in Carter’s hands until his death.

The Final Years Of Howard Carter 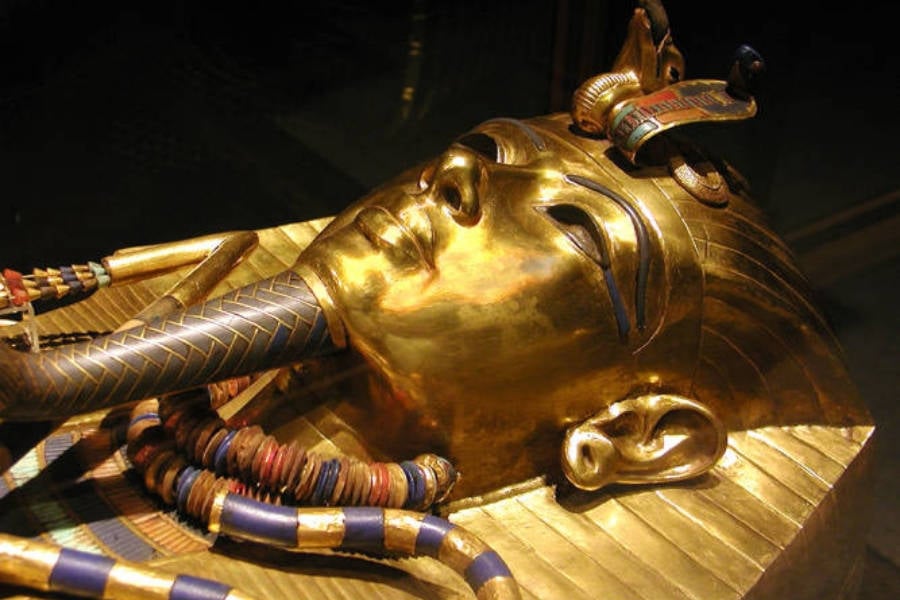 Wikimedia CommonsThe discovery of King Tut’s tomb remains one of the most notable archaeological finds in history.

Eventually, Howard Carter retired from archaeology and began traveling, teaching seminars, and visiting museums. Notably, he spent a lot of time at the Cleveland Museum of Art and the Detroit Institute of Arts. Because of this, he’s been widely credited with kicking off Egyptomania in America.

When he wasn’t teaching and traveling, Carter wrote books on Egyptology in the hopes of passing on his knowledge to future generations.

But while most people were excited to learn more about his discoveries, others were disturbed. At one point, rumors spread that a curse would befall anyone who disturbed King Tut’s tomb. After all, nine people involved in Carter’s excavation died soon after the pharaoh’s tomb was opened.

Perhaps the most chilling death was that of Lord Carnarvon, who died just a few months after the discovery of the tomb, from complications from a mosquito bite he received while exploring the newly-opened burial place.

Though some held their breath, wondering whether Carter would succumb to this “curse” as well, he was apparently spared from it. In the end, Howard Carter died from Hodgkin’s Lymphoma in 1939. He was 64 at the time.

Decades after Carter’s death, his rediscovery of King Tut’s tomb remains one of the most important finds from ancient Egypt. And Carter himself is still one of the most respected archaeologists of all time, though his legacy has been somewhat complicated in recent years, due to new evidence that suggests he stole treasures from the ancient burial place, including an amulet used for offerings to the dead, according to The Guardian.

But while Carter’s excavation may not have been all gilded glory, there’s no doubt that his discovery changed the way we think about ancient Egyptian history. The find made a huge impact on countless people, especially Carter himself. In fact, his gravestone bears an inscription from an item in the young king’s tomb, found on a chalice dubbed the “Wishing Cup.”

“May your spirit live, may you spend millions of years, you who love Thebes, sitting with your face to the north wind, your eyes beholding happiness,” it reads. “O night, spread thy wings over me as the imperishable stars.”

After learning about Howard Carter, check out the breathtaking history behind King Tut’s mask. Then, read up on the life and times of King Tut’s wife — who was also his half-sister.