The Disturbing Story Of Robert Berchtold, The Pedophile Who Kidnapped And Assaulted His Neighbors’ Daughter — Twice

Between 1972 and 1976, Robert Berchtold groomed the Broberg family in order to get closer to their 12-year-old daughter Jan — who he eventually abducted and married. 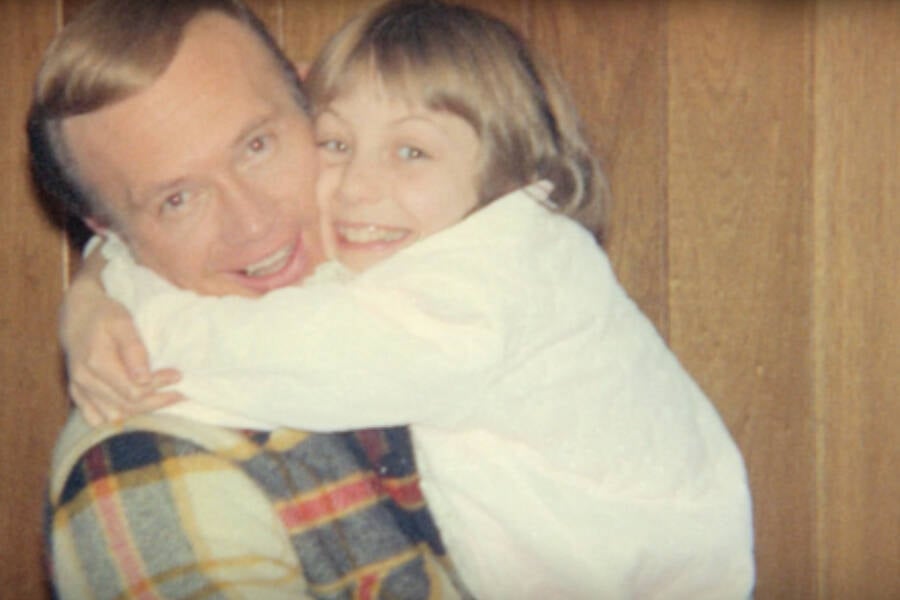 NetflixRobert Berchtold had an obsession with his 12-year-old neighbor Jan Broberg, even sleeping in the same bed as her four nights a week.

On Oct. 17, 1974, Robert Berchtold picked up his young neighbor Jan Broberg from her piano lessons in Pocatello, Idaho, so he could, he claimed, take her horseback riding. In truth, Berchtold drugged the 12-year-old and staged the scene to make it seem as if the two of them had been captured and taken away against their will.

Berchtold then fled with Jan to Mexico, where he married her and asked her parents’ permission to return to the United States and be legally wed under U.S. law.

Although Bob and Mary Ann Broberg refused, Berchtold returned home with Jan and things somehow went back to normal without any charges pressed. Afterward, Berchtold maintained his grasp on their lives by ensnaring both of the Brobergs in a sexual relationship — before kidnapping their daughter for a second time two years later.

This is the story of Robert Berchtold, the predator at the center of Netflix’s Abducted in Plain Sight who groomed and manipulated an entire family.

How Robert Berchtold Groomed The Brobergs

When the Brobergs met the Berchtolds at a church service, it seemed like a match made in Heaven. The kids played together; the parents enjoyed each other’s company.

As Jan Broberg later described in the documentary Abducted In Plaint Sight, “Everyone had a best friend.”

In time, the Broberg children took to calling Robert Berchtold “B,” and Jan had started to think of him as a second father. B took a particular interest in 12-year-old Jan as well, often showering her with gifts and inviting her on trips.

Looking back as an adult, Jan Broberg has called Berchtold “a master manipulator.” No one in her family could see it at the time, but Robert Berchtold had started grooming the family the moment they met.

He began flirting with Mary Ann, inviting her on a Church retreat in Logan, Utah. As Mary Ann described, they “got a little too cozy” and the first seeds of what would eventually grow into an affair were planted.

Around the same time, Berchtold went on a drive with Bob Broberg where he complained about his sex life with his wife and expressed that his needs weren’t being met. Bob noticed that Berchtold had become sexually aroused.

That’s when Robert asked Bob to give him some “relief.” Bob acquiesced, thus cementing Berchtold’s hold over them all.

“I entered into a homosexual relationship with her father in order to have access to Jan,” Berchtold later admitted. “I had a fixation for Jan. I don’t know why, but I did.”

Disguising The Abduction Of A Minor As An Alien Encounter

In January 1974, just over a year after Berchtold met the Brobergs, he was reprimanded by the High Council of the Church of Jesus Christ of Latter-Day Saints because of his involvement with another young girl.

After being rebuked, he met with a counselor and a clinical psychologist to, he said, help overcome his obsession with Jan. He explained to Bob that he had a traumatic childhood, including having sex with an aunt when he was four.

Berchtold said he was listening to a series of tapes meant to help curb his desire, but also claimed that he would need to spend more time with Jan to help him get over his obsession. He told the Brobergs he needed to sleep in Jan’s bed.

“Neither one of us were comfortable with him doing it,” Mary Ann said, “but it was part of his therapy.” 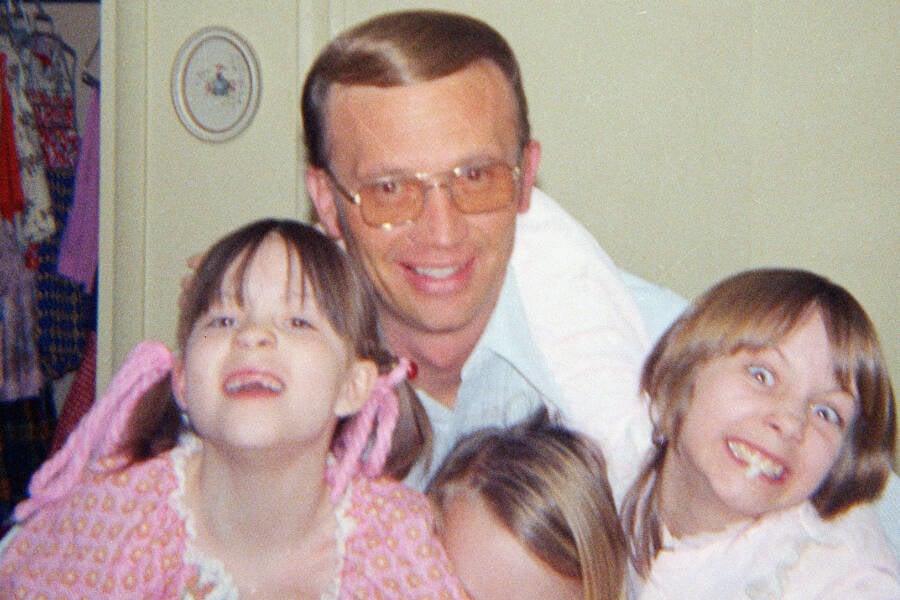 NetflixBerchtold and his family often had sleepovers with the Broberg children.

Over the course of the next six months, Berchtold slept in Jan’s bed roughly four times a week.

But, as Welsh described, “they were duped in a terrible, terrible way.” The man Berchtold saw was not a licensed psychologist — his license had been revoked. The tapes played odd, sexual messages, urging him to imagine being touched and caressed.

This all culminated in Berchtold’s first abduction of Jan Broberg in 1974.

After picking Jan up from piano lessons and drugging her, Berchtold dragged the unconscious child into his motorhome, bound her wrists and ankles to his bed with straps, and set up a small device to play a recording.

The recording was a “message” from two aliens named Zeta and Zethra, telling Jan that she was half alien and needed to complete “a mission” to have a baby with Berchtold before her 16th birthday.

If she failed to do this, the “aliens” warned, her sister Susan would be chosen instead, and harm would come to the rest of her family.

Berchtold continually raped Jan as he drove his motorhome to Mexico, where the minimum age requirement for marriage was only 12 years old.

Berchtold married Jan Broberg in Mazatlàn, and 35 days after the kidnapping, called his brother, Joe, asking him to contact Bob and Mary Ann to get their blessing to return home with Jan and be wed in the United States.

Joe alerted the FBI, and they traced Berchtold to a hotel in Mazatlàn where he was arrested and transported back to the United States.

After getting Jan back, Mary Ann took her to see a physician who reported that they couldn’t see “any signs of sexual trauma.” To the Brobergs, this meant their daughter had not been raped by Berchtold.

At home, Jan was distant. With her parents keeping her apart from Berchtold, she feared that she would have no way of completing the “alien’s” mission.

And before she and Berchtold were separated, he informed her that the aliens had contacted him with instructions for Jan not to speak of the mission or to have contact with any other men. If she did, he said, her dad would be killed, her sister Karen made blind, and Susan taken in her stead.

“It was a terrifying thought,” Jan said. “It was the thing that kept me obedient.”

Then, on Christmas Eve, Gail Berchtold stopped by the Broberg’s house and asked them to drop any charges against her husband, presenting them with affidavits to sign. If they didn’t, she said, then everyone would know about Bob and Robert’s sexual exchange.

Without the Brobergs as witnesses, the court had no way of proving Berchtold was guilty of anything. He escaped jail time and moved to Utah to work for his brother. 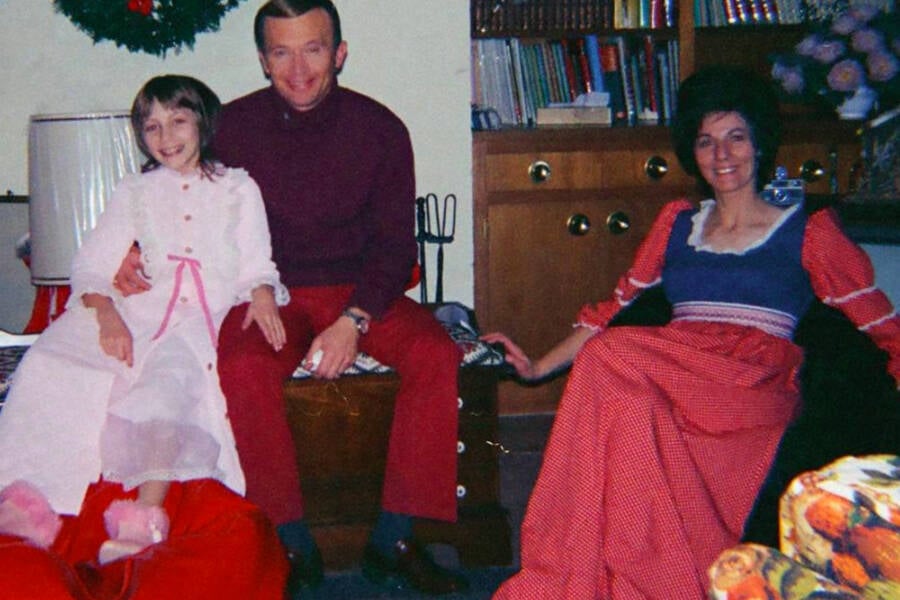 NetflixMary Ann Broberg described Berchtold as having “a charisma that Bob didn’t possess.”

Despite the distance, Berchtold kept in contact with Jan, delivering her love letters and secret sets of instructions to meet with him. Jan, being a child, believed she was in love with him and that they still had to complete their mission.

At the same time, Berchtold had contrived a story about taking Jan on vacation but getting stuck in Mexico, unable to return unless they got married. He frequently called Mary Ann, confessing his love to her and asking her to meet him in Utah to talk about everything.

She traveled to meet him, and he begged her to leave her husband and live with him. The encounter quickly became sexual. As she headed home, Berchtold called Bob and told him of their affair.

Berchtold eventually moved to Jackson Hole, Wyoming, where he bought a family fun center. Jan begged her parents to let her work with Berchtold for the summer.

After Jan threatened to find her own way there, Mary Ann bought her a plane ticket and sent her to Berchtold. Bob recalled saying to her, “Dear, you’ll regret that decision someday.”

She stayed in Jackson Hole for two weeks, continuing the mission and living with Berchtold. His brother Joe had even visited while Jan was there, and he noted that Robert, “looked happier than he’d ever been.”

Although Berchtold feigned ignorance regarding Jan’s whereabouts, Welsh and investigators knew he was responsible for her disappearance.

As it turned out, Berchtold had helped Jan escape out of her bedroom window that night. He gave her “allergy medication” that knocked her out and drove with her to Pasadena, California where he enrolled her in a Catholic school with the alias Janis Tobler, feeding the nuns a fake story about being a CIA agent who needed someone to care for his daughter.

But Jan became even more withdrawn, and all the while, she was still thinking about what would happen to her family when she failed to complete “the mission.”

As Jan’s 16th birthday approached, Berchtold’s contact became less frequent. Now, Jan said, she sees that it was likely because she wasn’t a little kid anymore. She had slowly begun to question whether the aliens were real, but a small part of her still believed in them.

At one point, she planned on buying a gun and explaining to her sister Susan what was going to happen. If Jan wasn’t pregnant and Susan refused to take Jan’s place, she was going to shoot Susan and then herself.

Her 16th birthday came and went, and when she woke up the next morning to see that everything was fine, she knew the aliens weren’t real.

What Happened To Jan Broberg And Robert Berchtold?

It took Jan years to learn to cope with the damage Robert Berchtold inflicted on her. Meanwhile, her parents blamed themselves for these events.

Berchtold vanished from their lives, but managed to avoid going to prison.

It wasn’t until 30 years later, after Mary Ann had published her book Stolen Innocence: The Jan Broberg Story, that they heard from him again. 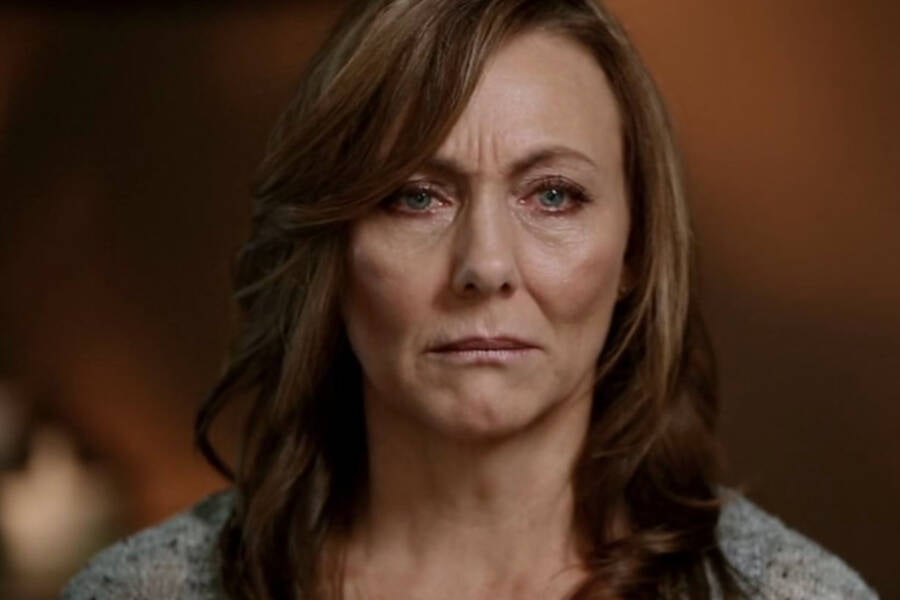 NetflixJan Broberg works as an actress, known for roles in Everwood and Criminal Minds.

Berchtold vehemently tried to denounce the book, claiming that they were lying about him and about the truth for a profit. But six other women came forward with their own stories about Berchtold, and Jan Broberg filed a stalking injunction against him after he was arrested at one of her speaking engagements.

When the two saw each other again in court, she told him, “My goal, Mr. Berchtold, is to educate the public about predators like you. That is my goal.”

Robert Berchtold was ultimately given a prison sentence, but rather than face life behind bars, he downed a bottle of heart medication with Kahlúa and milk and ended his life.

After learning about Robert Berchtold’s vile actions, read the story of Jody Plauché and his father, who killed his abductor on live television. Or, see how Michaela Garecht’s kidnapping was finally solved 30 years after her death.