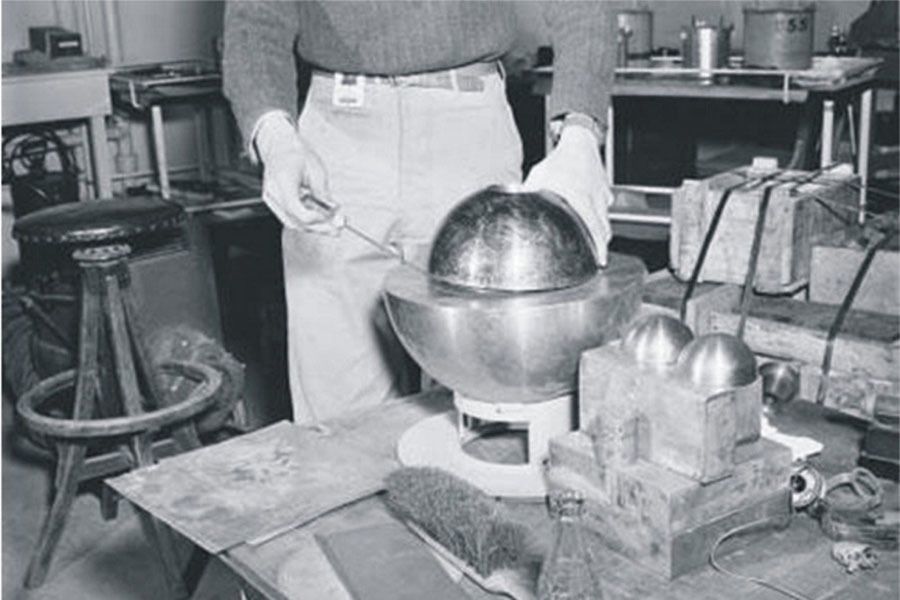 The first round of tests involved 18 patients who had been diagnosed with terminal illnesses. The idea was to secretly inject them with plutonium and track its absorption and record the health effects before the subjects died of their preexisting illnesses.

Plutonium, known as “49” or “product,” was transported from the Lawrence Berkeley National Laboratory to the University of California, San Francisco Medical Center (UCSFMC) in solution to be administered via IV drip. Urine and stool samples would then be collected from the dying patients and analyzed for signs of radioactivity.

This didn’t always go according to plan, as in the case of 58-year-old house painter Albert Stevens. Stevens was admitted to UCSFMC in 1945 with a severe gastric ulcer that was misdiagnosed as terminal cancer. Given just a few months to live, on May 10, 1945, Stevens was administered the largest dose of plutonium any human has ever received; just under one microgram.

The sample consisted of two isotopes of plutonium, one weakly radioactive with a 24,100-year half-life, the other highly radioactive with an 87.7-year half-life. For the rest of his life, Stevens was given free medical care (and more secret testing) at UCSFMC as his health deteriorated. As the plutonium in his bones weakened his spinal column, and as his eyes fogged up with cataracts, the doctors periodically operated on Stevens to remove parts of his liver, spleen, pancreas, and lymph nodes.

Nobody ever told him or his family that the cancer diagnosis had been erroneous. They simply assumed he had been given experimental cancer therapy, and that it had worked.

Stevens died on January 9, 1966, of a heart attack that doesn’t seem to have been related to the plutonium. Over the 21 years that passed from his dosing to his death, Stevens absorbed more radiation than any other human being; 6,400 rem, or 60 times the government’s maximum safe lifetime exposure.

Until the files were declassified, Stevens was known only as CAL-1. Another patient in this first test series, known as CAL-2, was a four-year-old boy named Simeon Shaw. Another test subject was a baby.