The Glasgow Ice Cream wars were a lot less sweet and a lot more deadly than their name suggests. 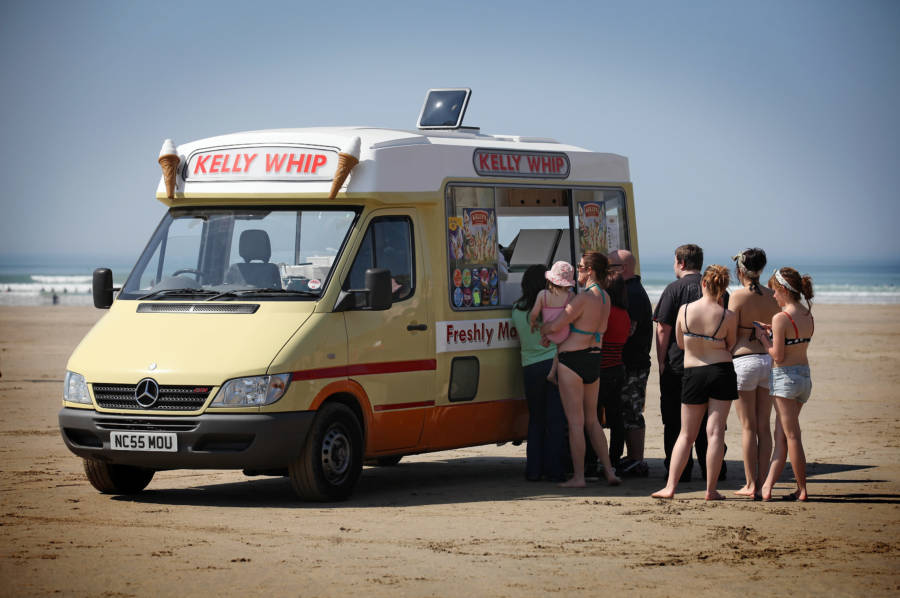 The sound of an ice cream truck coming down the street makes the child in all of us reach for our wallets. But in 1980s Scotland, it was safer to skip the frozen treat.

Otherwise, you might get caught up in the deadly Glasgow Ice Cream Wars.

The dessert-related violence came at a time when Scotland was caught up in the unprecedented drug crisis that spawned what is now known as the Trainspotting generation. Gangs had realized that the mobility and innocent look of ice cream trucks made them the perfect front for selling drugs and stolen goods.

As other groups caught on to the trick, the sprinkle-covered freezers on wheels became tanks in a citywide turf war.

In 1979, two brothers attacked a rival van with bricks and planks of wood. A mob broke out, causing what the Glasgow Herald described as “mafia-style warfare.”

Ice cream scoopers were repeatedly harmed in the battles – an 18-year-old employee was permanently disabled after getting shot in the shoulder, and Andrew “Fatboy” Doyle was murdered after he refused to back off of another truck’s territory. The ice cream gang that Doyle had angered set fire to his home, killing not only Doyle, but five of his family members.

Evidence connecting the men to that particular crime was flimsy at best and later suspected to be fabricated. Even so, they were each given a 20-year minimum sentence for the murders.

Maintaining their innocence, Campbell went on multiple hunger strikes while in prison and Steele escaped three times to perform public protest stunts. After one particularly memorable escape in 1993, he superglued his body to the gates of Buckingham Palace.

Both men served a full 20 years before successfully overturning their convictions. The true arsonists were never caught. Campbell later expressed regret for getting involved in the ice cream wars at all.

The dairy-fueled battles in Scotland eventually subsided as grocery stores became more common and the popularity of food trucks declined. But the trend of hawking drugs under the guise of friendly neighborhood ice cream sellers has continued to this day, especially in New York.

As recently as 2013, police arrested a Brooklyn truck driver for selling cocaine and oxycodone along with his ice cream. Undercover officers asked for a “vanilla ice cream cone” and received cocaine in a straw hat. They called the investigation “Operation: Snowcone.”

Intrigued by this look at the Glasgow Ice Cream Wars? Next, discover some of the most astounding facts about Pablo Escobar, history’s most notorious drug lord. Then, check out these 33 drug maps that get to the root of the world’s substance abuse problem.