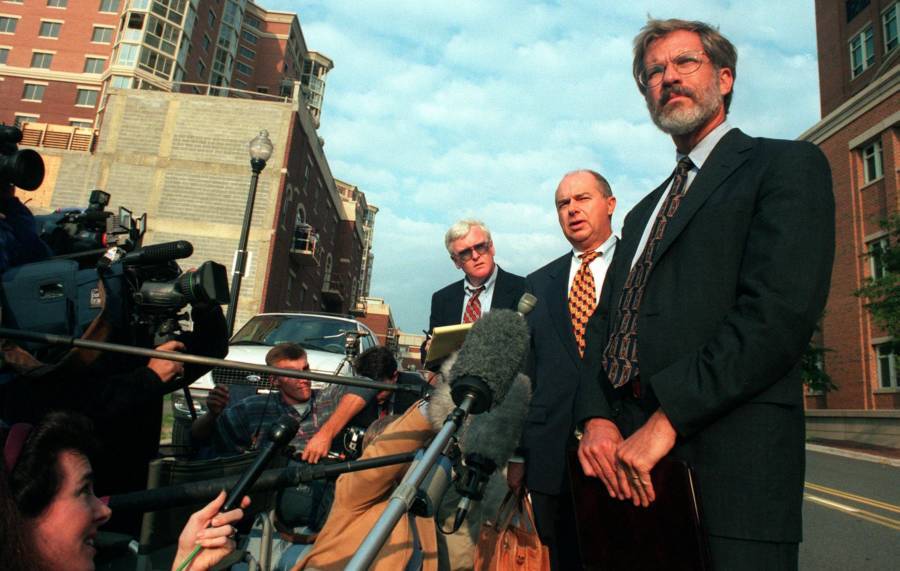 MARIO TAMA/AFP/Getty ImagesJim Clark (right) and Fred Sinclair (center), attorneys for David Sheldon Boone, meet with the media outside the United States District Court in Alexandria, Virginia following Boone’s arrest on charges of spying for the Soviet Union from 1988 through 1991.

Cold War-era Soviets had a way of finding people who were easy to break. It took only $60,000 (around $123,000 when adjusted for inflation) to convince U.S. National Security Agent David Sheldon Boone to flip sides for three years.

From 1988 to 1991, Boone sold secret NSA documents to the Soviet Union. Among the most damning documents was a 600-page manual that described the United States’ reconnaissance programs and a list of nuclear targets in Russia.

Boone was born in Flint, Michigan, and grew up in Las Cruces, New Mexico. He didn’t see many options after he graduated high school, so he joined the United States Army during the Vietnam War. He worked as a U.S. Army signals intelligence analyst, but it wasn’t a good fit, to say the least. A commanding officer described him as a person who “lacks attention to detail and tenacity.”

In 1985, Boone left the Army and joined the NSA as a senior cryptologic traffic analyst, where he had access to classified information. While he had a steady job there, his home life was falling apart. In those three years, Boone got divorced, lost custody of his two children, and most of his finances went to court fees and a court-ordered payment to his former wife. In other words, he was ripe for Soviet conversion.

Boone snuck classified documents out of NSA headquarters in small chunks. He would take 15 to 20 pages at a time, stuff them into the liner of his Army windbreaker, and head to the Soviet Union’s embassy in Washington, D.C.

He continued to supply information even after he was transferred to Germany until he lost his security clearance in 1991. Seven years later, an FBI agent posed as a Russian spy and offered to pay Boone $9,000 to spy for Russia. He took the bait, and later gave the FBI agent an excuse for his desire to return to spying: “I needed money. Plus, well, plus I was extremely angry.”

His confession to the undercover FBI agent was enough to put Boone away. He was indicted on one count of conspiracy to commit espionage and two counts of passing information of top secret documents in February 1999. He was sentenced to 24 years, and his release date is set for December 20, 2019. 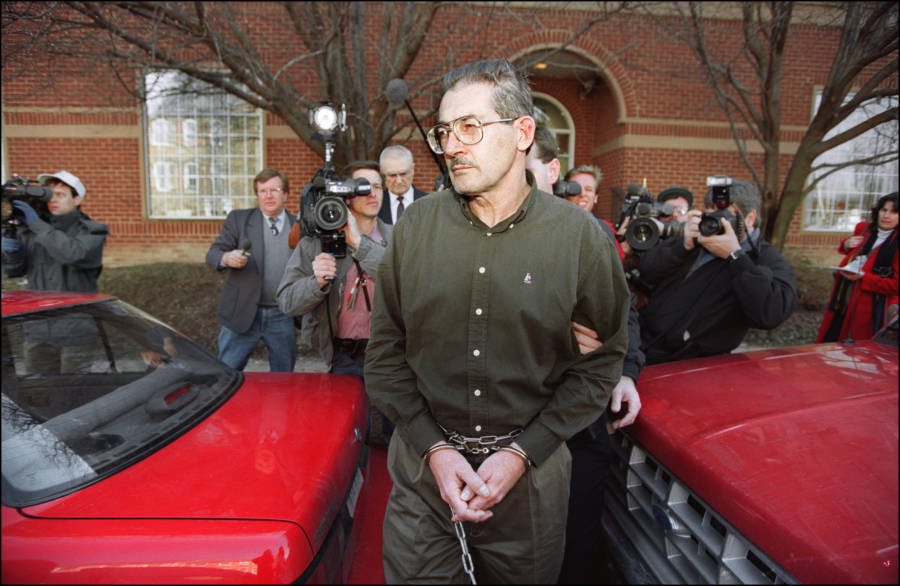 “They died because this warped, murdering traitor wanted a bigger house and a Jaguar,” CIA Director R. James Woolsey told The New York Times in 1994.

Ames rose through the ranks of the CIA from 1975 to 1985. His primary job was to recruit and handle foreign agents, but he was distracted by a drinking problem and, in later years, a divorce with another spy he met on the job.

In 1985, broke and in the throes of alcohol addiction, Ames made his first sale of names at the Soviet Embassy in Washington D.C. for $50,000 (around $112,000 today). Ames maintained close contact with the Soviet Embassy over the next month. When he married his second wife, Maria del Rosario Casas — a spy from Colombia who would also be charged with espionage — the KGB gave him a $2 million wedding present.

According to the Times, it was the most money that any American spy received from the Soviet Union.

With his loyalty to the Soviets now firmly set, he worked as a double agent for another nine years, first in Rome between 1986 to 1989, and then from CIA headquarters in Langley, Virginia from 1990 to 1994. In Ames’ mind, he was doing what he knew best.

Finally, after a ten-month sting operation, Ames was arrested and pled guilty to espionage. On April 28, 1994, he was sentenced to life in prison without the possibility of parole.