Bedlam: Europe’s ‘Palace Of Chaos’ That Turned Into A Circus Show 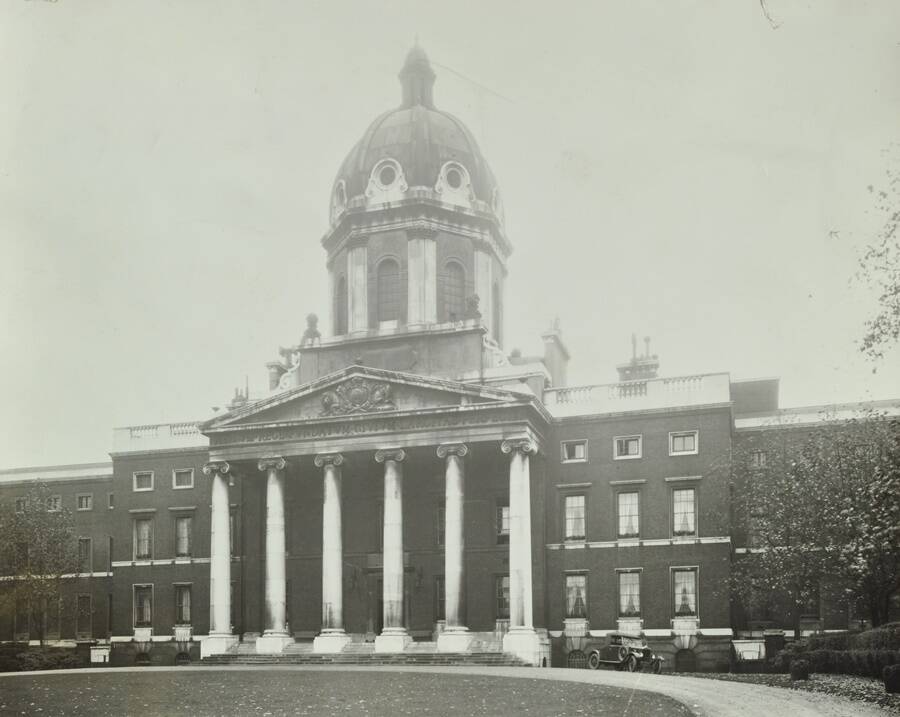 City of London: London Metropolitan Archives/Heritage Images/Getty ImagesBethlem Royal Hospital is the oldest institution for the care and confinement of mentally ill people in England, and one of the oldest in Europe.

Bedlam is the oldest mental health institution on this list — and it’s also the most notorious, as its name is now commonly used to describe “a scene of uproar and confusion.”

Officially known as the Bethlem Royal Hospital, Bedlam was founded in 1247 as the first hospital of its kind in Britain. Founded by the Italian Bishop Goffredo de Prefetti, it was built on top of a sewer that frequently overflowed and was meant to raise money for the Crusades through charity to the hospital. 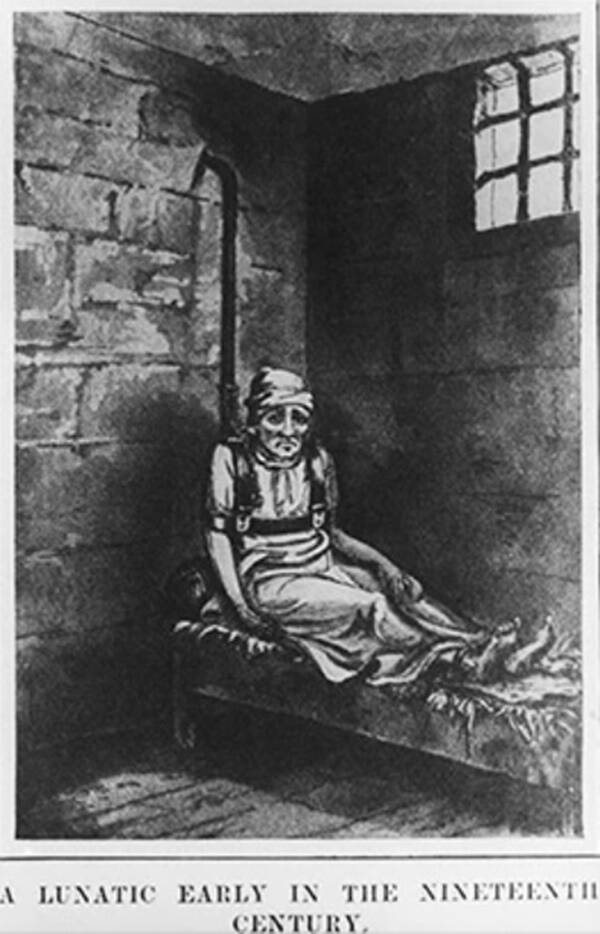 Hulton Archive/Getty ImagesJames Norris (named William in the press) was left chained to a vertical iron bar in his cell at Bedlam.

Later, the hospital morphed into a psychiatric facility. But along the way, it turned into a place to hide society’s outcasts. Patients suffering from “chronic mania” and “acute melancholy” were housed together with those who had learning disabilities and others who had committed murder.

“Lunatics of every description are shut up. Many inoffensive madmen walk in the big gallery. The second floor is reserved for dangerous maniacs, most of them being chained and terrible to behold.”

“Treatment” at Bedlam included cruel experiments like inducing blisters, bloodletting, and “rotational therapy” in which patients were strapped to a chair suspended from the ceiling and spun around in 100 rotations per minute.

The logic behind this bizarre method was to induce vomiting, which doctors then believed would purge the patient of whatever ailment was making them sick. But the “therapy” did nothing more than cause extreme vertigo. 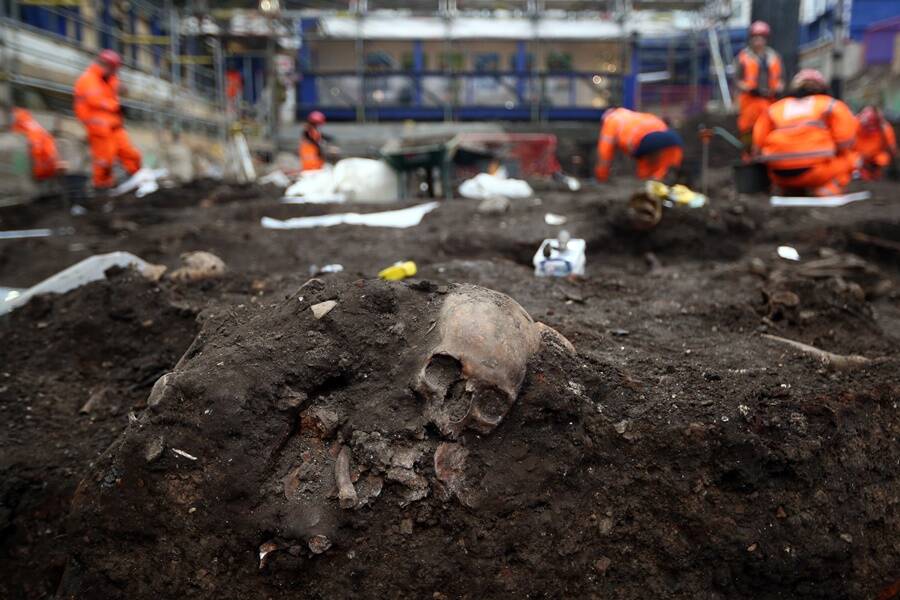 Carl Court/Getty ImagesSkull recovered at Bedlam. Over 20,000 Londoners were buried between 1569 and 1738 on the grounds.

The vast majority of patients admitted to the hospital were from poor and working-class families, which contributed to its lack of funds. Bedlam was a poorly-run public institute that relied heavily on private donations, which typically came from the patients’ struggling families.

By the 18th century, the treatments at Bedlam worsened. Under British psychiatrist James Monro, the hospital shifted to surgical procedures. Patients were starved, beaten, and put in ice baths, another common “treatment” at mental health institutions at the time.

“The strait waistcoat, when necessary, and occasional purgatives are the principal remedies,” William Black wrote of Bedlam in his Dissertation on Insanity in 1811. 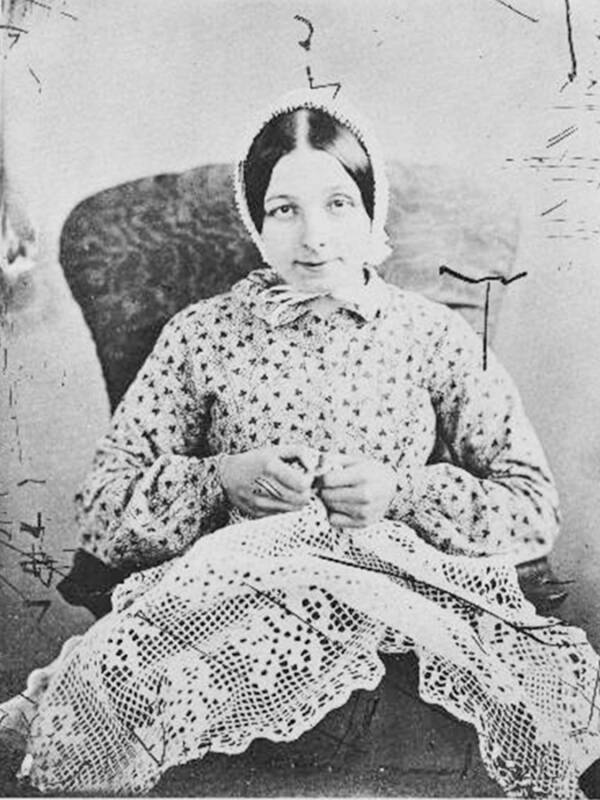 Museum of the MindElizabeth Thew, who was admitted to Bedlam for infanticide.

The chaos that famously plagued Bedlam became a sick attraction for Europe’s wealthiest, who planned holidays to visit the asylum and watch patients as if they were zoo animals. With no other means of funding, the hospital used its “freak show” reputation and charged its wealthy visitors a fee.

Eventually, the hospital was moved to a more secluded location in Beckenham, which enabled better wellness facilities for patients. The government enacted reforms at the hospital in parallel with psychiatry’s improved understanding of mental health.

It is one of the very few mental health institutes from centuries past that is still operating today — fortunately under much more humane conditions.