The Ayatollah has finally responded to Donald Trump's reactions to last week's terror attacks in Tehran. 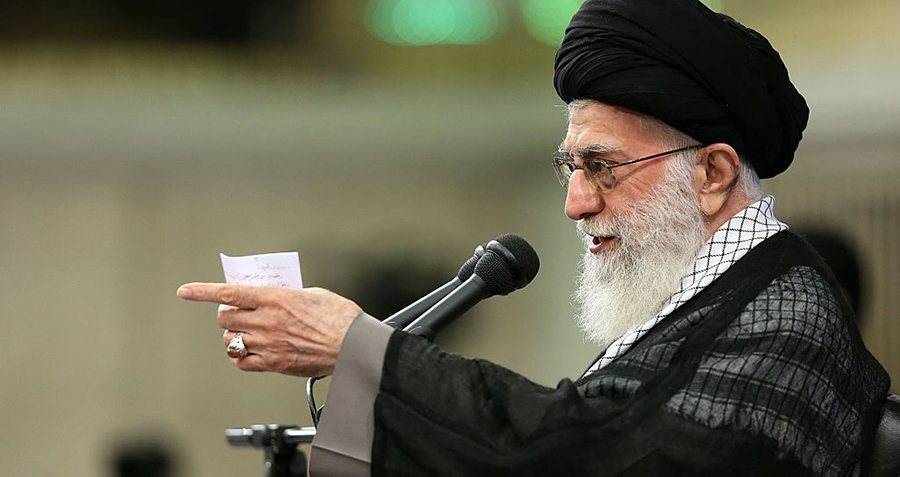 As the United States government continues to grapple with how to combat the threat of ISIS, Iran’s highest-in-command has a sobering message for them: It’s your fault.

Indeed, on Monday Ayatollah Ali Khamenei composed a tweet in which he pointed the finger at the U.S. in offering an explanation for the deteriorating situation in ISIS-held regions and the Middle East more broadly:

“That (the) US arms a terrorist group is what causes instability. Who created ISIS? The US!”

The Ayatollah’s remarks come after President Donald Trump responded to a terrorist attack in Tehran last week. In ascribing blame to the event, which last week killed at least 12 people, Trump said that “states that sponsor terrorism risk falling victim to the evil they promote.”

Iran, meanwhile, proceeded to say that geopolitical rival Saudi Arabia was to blame for the attack, for which ISIS took credit. While Saudi Arabia has worked with the U.S. to combat ISIS in the region, Iran — along with Iraqi Prime Minister Nouri al-Maliki and The Daily Beast — has accused the Kingdom of providing funding to the Islamic State over the past several years. Just in 2017, victims of the September 11th attacks filed a lawsuit wherein they claim that Saudi Arabia funded the al-Qaeda-led attacks.

Some experts say there is something to Iran’s claims, after all. While Saudi Arabia continues to be one of the U.S.’ most potent allies in the region, it also adheres to one of the most radical schools of Islam: Wahhabism.

Thanks to massive oil revenues and contracts it has accumulated over the past decades, along with the political stability provided by an alliance with the U.S., Saudi Arabia has spent more than $100 billion to propagate its radical interpretation of Islam abroad, according to scholar Yousaf Butt.

This, Saudi political dissident Turki al-Hamad has said, is “fuel for ISIS.”

“You can see [in ISIS videos] the volunteers in Syria ripping up their Saudi passports,” al-Hamad said in an interview.

Of course, experts add, the U.S. can be blamed for the conditions that have allowed for the growth of ISIS to begin with. As College of William & Mary Professor of Government Debra Shushan said, when the Bush administration invaded Iraq in 2003, it upset the regional status quo and created a space for rival sects to combat one another in an attempt to assert regional dominance.

One of these sects included ISIS, which at its peak controlled 40 percent of Iraqi territory. Over the past couple years, however, control has fallen to approximately ten percent.

While Donald Trump promised that his administration would develop a plan to “defeat ISIS” within 30 days of his January inauguration, the plan that his Pentagon revealed in March — which he once called a “secret plan” — looks quite similar to the plan that the Obama administration developed, experts say. The plan, according to NBC News, calls for continued bombing, increased support of local forces to retake Mosul in Iraq and Raqqa in Syria, eliminating ISIS income sources, and stabilizing areas reclaimed from ISIS.

Next, discover what Iran looked like before the 1979 revolution.