Inside ISIS Schools: What The Caliphate Teaches Children 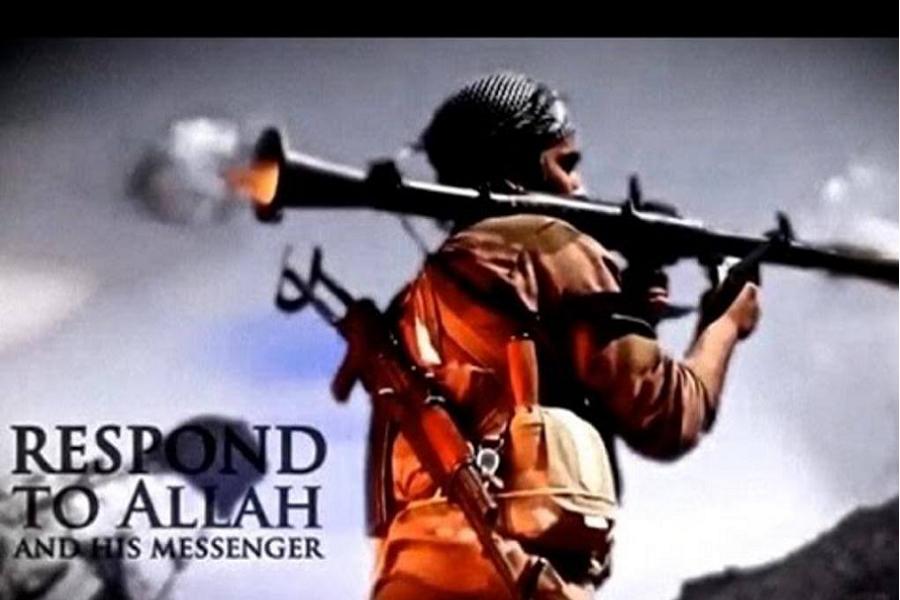 A corps of teachers who have been recruited, filtered, and screened until they’re presumed to be loyal subjects of the Caliphate administer the curriculum. Educators who worked as teachers before ISIS must be re-educated in shari’a classes and repent of teaching “the disbelieving curriculum.” ISIS is quick to punish any deviation or perceived disloyalty.

Teachers who either internalize the ISIS mission, or who have the sense to pretend that they have, find themselves teaching upper-grade classes lesson plans that are mostly propaganda. This is a specialty of ISIS, and it always hits a limited number of themes, notably:

Administrators drill this line into boys and girls every day, along with advanced weapons training and frequent beatings, until the girls either get married or volunteer for martyrdom operations, and the boys do likewise.

At this stage of children’s education, from about ages 8 to 12, it’s common for them to be recruited as spies for ISIS security forces. As always happens in totalitarian regimes, children eavesdrop and inform on their parents for disloyalty or un-Islamic activities.

Children have denounced parents and older siblings for smoking cigarettes, drinking alcohol, failing to pray, practicing either Christianity or the wrong type of Islam, and many other sins. Administrators take the child’s willingness to denounce his or her parents as a sign that things are going well at school and that or he or she is almost ready to graduate. 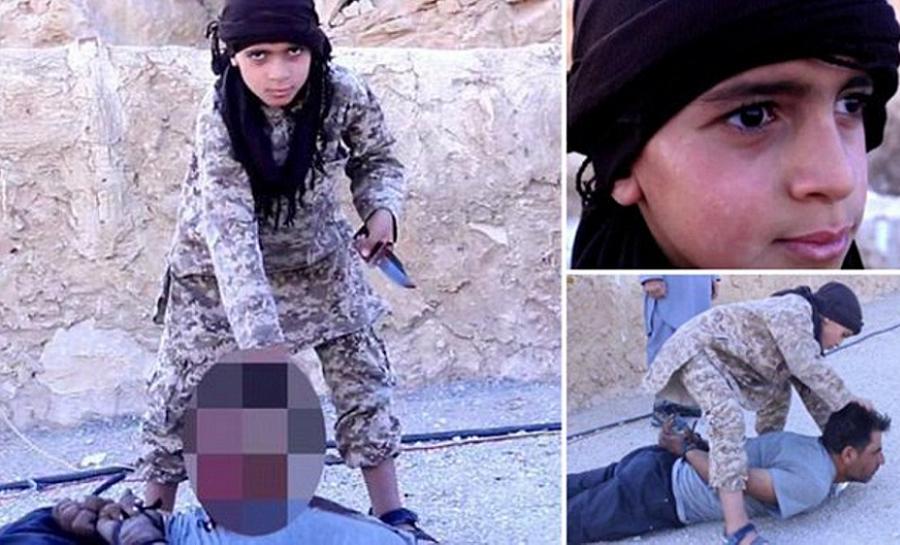 All this would be bad enough if ISIS’ lessons were confined to lecture components, but students from the age of six get regular lab practice in practical jihad, meant to desensitize children to obscene violence as early as possible.

In kindergarten, administrators give children tactical knives to cut the heads off of stuffed animals. Teachers shown unbelievably graphic video of executions and suicide bombings, as well as more conventional combat casualties and the aftermath of the war in Syria.

Stories have come out about animal cruelty done in the kids’ presence, and sometimes inflicted by the children themselves, to get them used to blood and pain. School discipline revolves around beatings, isolation, withholding of food and water, and sexual abuse including rape of the boys (pearls of the Caliphate must be virgins on their wedding nights).

Children living in this world never hear from an adult who disagrees with the official ideology, and all of their friends are encouraged to pressure each other into conformity. With endless praise for serving ISIS, and with terrifying punishments for disobedience, it’s a rare child who can resist the brainwashing for the years he or she is subjected to it.

Of course, he’d be a fool to resist it at all. ISIS doesn’t really draw a distinction between the adults it terrorizes and the children it controls. Children who offend the authorities are just as likely to be mutilated and killed as the adults whose children have reported them to the Thought Police.

Quilliam’s report on ISIS indoctrination notes that after graduation, which consists of a military parade followed by public beatings to show how tough the boys have become, some children refuse to go home to their families, preferring to join up and fight against Assad.

Given the battlefield incompetence and high casualty rates among new recruits, to say nothing of deliberate suicide operations, parents whose children were kidnapped years ago may never see their sons and daughters again. And they may not recognize them if they do.

After learning about ISIS schools, see what daily life looks like under ISIS. Then, read up on the correct name we should all be calling ISIS instead.