The marriage of billionaire J. Howard Marshall and stripper-turned-model Anna Nicole Smith shook up the media in 1994 — and eventually led to a Supreme Court case. 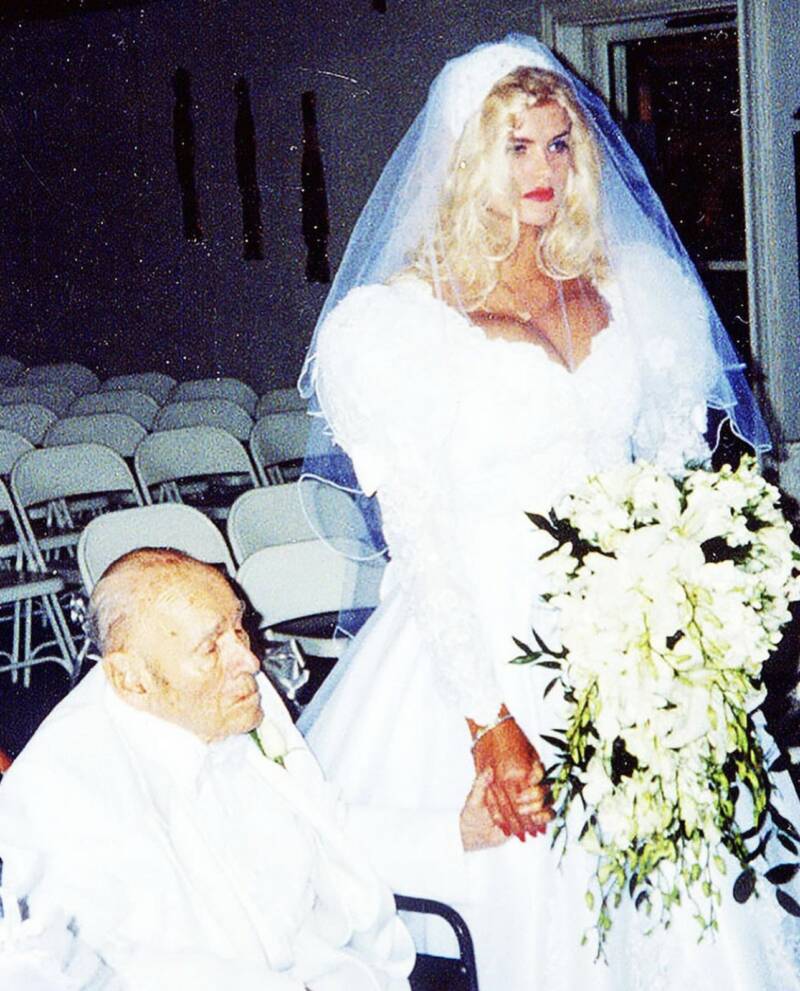 On June 27, 1994, J. Howard Marshall married Anna Nicole Smith. The billionaire was 89; Smith, a former stripper, was 26. Their marriage raised eyebrows — and Marshall’s death just 14 months later threw Smith and Marshall’s family into a decades-long dispute about his fortune.

But both Marshall and Smith long insisted that their marriage had nothing to do with money. Rather, they described their connection in October 1991 at a Houston strip club as the meeting of two lonely, lost souls.

So who was the billionaire who fell in love with Anna Nicole Smith before she was famous? What led them both to a club called Gigi’s on that fateful day? And how did Marshall’s death after just 14 months of marriage lead to one of the greatest legal fights in American history? 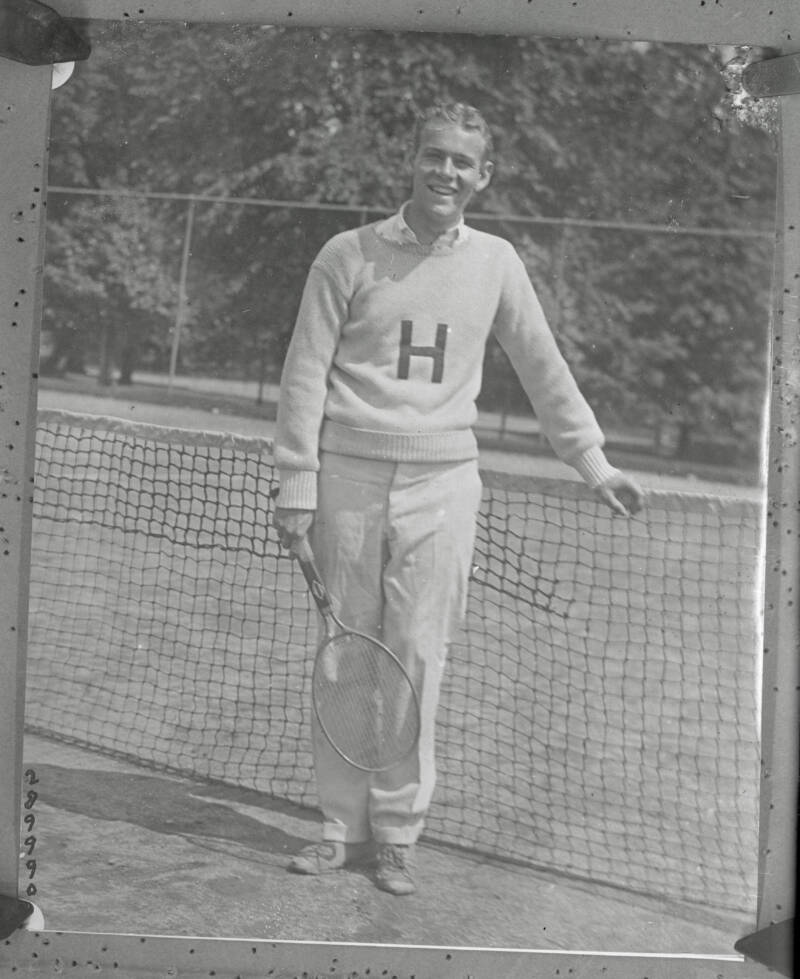 Born on Jan. 24, 1905, James Howard Marshall II led a colorful life long before he crossed paths with Anna Nicole Smith. According to New York Magazine, he worked for the Department of the Interior after graduating from Yale Law School and played a prominent role in the Truman and Eisenhower administrations. But he made his billions in oil.

US News reported that Marshall had long dabbled in the oil business. He wrote about oil laws for the Yale Law Journal, penned the Connally Hot Oil Act of 1935, and worked as a lawyer for Standard Oil. Marshall’s big break, however, came from his business with the Koch brothers.

According to New York Magazine, Marshall was friends with Fred Koch, who offered him a minority interest in what would become Koch Industries. Marshall went on to become the director of the company and its largest shareholders and saw his fortune flourish as a result.

Along the way, he also married twice and had two sons, J. Howard Marshall III and E. Pierce Marshall. But Marshall’s personal life was also dotted with tragedy. His first marriage ended in a divorce, and his second wife died of Alzheimer’s disease in 1991 after 30 years of marriage. That same year, his long-term mistress also died following a face-lift procedure.

Battered by loss, J. Howard Marshall fell into a deep depression. Then on a fateful day in October 1991, his driver suggested that they visit a local strip club.

New York Magazine reported that the double loss of J. Howard Marshall’s wife and mistress had left the oil tycoon in a dark place. His staff worried that the 86-year-old was suicidal, so his driver suggested that they drive to a Houston strip club called Gigi’s in search of a “new young lady.”

There, a buxom blonde caught Marshall’s eye. Her name was Vickie Lynn Hogan, and the world would soon know her as Anna Nicole Smith. 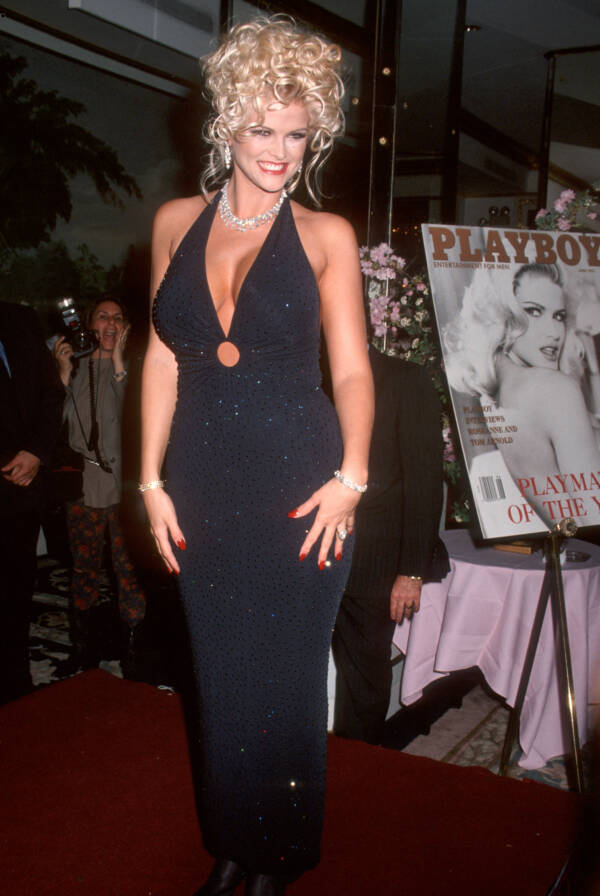 Ron Galella, Ltd./Ron Galella Collection via Getty ImagesAnna Nicole Smith in 1993 after being dubbed Playboy’s Playmate of the Year.

Until that point, Smith had lived a life vastly different from J. Howard Marshall’s. Born in Texas to a teenage mother, she’d dropped out of high school and spent the past several years working odd jobs to provide for herself and her son. But Smith had big dreams for herself and aspired to be a model.

On that fateful day, Smith was assigned to work the day shift because she was a mediocre dancer. J. Howard Marshall, meanwhile, couldn’t go out at night. At the right place, at the right time, they hit it off.

The next day, over lunch at a local hotel, Smith told Marshall that she had to go back to work. New York Magazine reported that Marshall responded by handing her an envelope with ten, one-hundred-dollar bills inside, telling her, “Don’t go to work, my Lady Love. You don’t have to ever go back to work.”

He consequently showered Smith with expensive gifts like a red Mercedes convertible. He also started to shower her with marriage proposals — but Smith turned him down multiple times. She told the billionaire that she wanted to focus on her career.

Indeed, Smith’s career had started to take off. Around the same time that she met the oil tycoon, Smith also posed for a Playboy scout looking for potential models. Playboy editors in Los Angeles liked what they saw, flew her out to L.A., and put her — and her 42DD augmented breasts — on Playboy’s March 1992 cover. That May, Anna Nicole Smith posed for the centerfold.

To J. Howard Marshall’s delight, Smith became the 1993 Playboy Playmate of the Year. He bought her more gifts, including a stay at Marilyn Monroe’s Los Angeles bungalow and other properties. And he proposed again — and again — until Smith finally said yes in the spring of 1994.

J. Howard Marshall’s Death And The Dramatic Lawsuit That Ensued 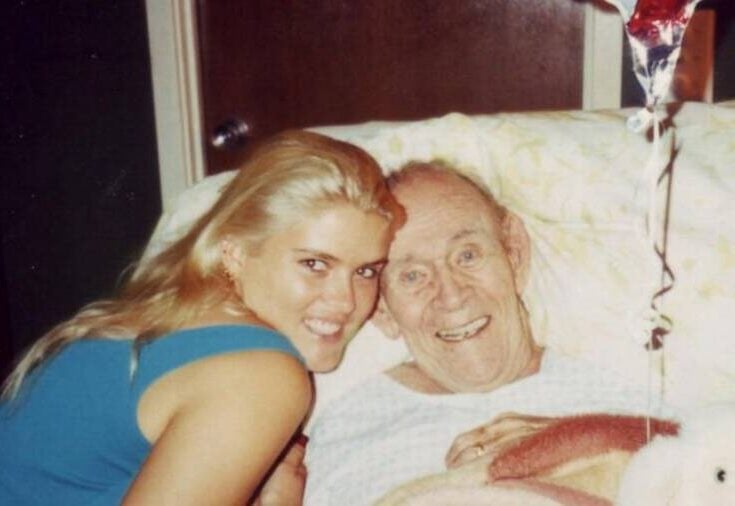 TwitterJ. Howard Marshall with Anna Nicole Smith. His death triggered a legal battle between his widow and one of his sons that endured for decades.

J. Howard Marshall and Anna Nicole Smith wed at the White Dove wedding chapel in Houston in the summer of 1994. The newlyweds and their 63-year age difference were widely mocked in the media, with PEOPLE quipping:

“The bride wore cleavage. The 89-year-old groom, speaking from his wheelchair, assured the 11 people in attendance that he sure did adore his new 26-year-old wife, for whom he already had purchased $1 million worth of jewelry.”

Despite J. Howard Marshall’s devotion to his wife, he had left her nothing in his will. According to New York Magazine, that’s because E. Pierce made sure that Smith wouldn’t get a cent of the family fortune, even having his father — who couldn’t read without his glasses — sign several documents giving up control of his estate.

Their legal wrangling continued on for so long that it outlived both of them. E. Pierce Marshall died in 2006 of a “a brief and extremely aggressive” infection; Anna Nicole Smith died the next year of an accidental overdose. In the end, she didn’t get a penny of the estimated $1.6 billion fortune that J. Howard Marshall left behind.

But though Anna Nicole Smith was mocked for her marriage to J. Howard Marshall, she insisted it was a love match. To ABC she said: