Inside The Tragic Death Of Jenni Rivera, The Famed ‘Diva Of Banda’ Who Perished In A Plane Crash

Mexican American singer Jenni Rivera was just 43 years old — and on the cusp of superstardom — when her Learjet unexpectedly went down in Mexico in 2012.

On December 9, 2012, a plane took off from Monterrey, Mexico, en route to the city of Toluca. But shortly after takeoff, the aircraft suddenly plummeted toward the Earth, plunging almost vertically and reaching speeds of over 600 miles per hour before it crashed. All seven people on the plane died, including the Mexican American star Jenni Rivera.

Jenni Rivera’s death shocked her legions of fans, who had fallen in love with the bold singer known as La Diva de la Banda. She had shared her life with them, from her experiences as a teenage mother to her struggles in abusive relationships. Rivera’s admirers loved her powerful and emotive music, which stood out in the heavily male-dominated banda and norteña genres.

But her scrappy rise to the top, and the incredible success she found there, all came to an end on that December night. According to later reports, Rivera and her entourage, as well as two pilots, had boarded a plane that had been involved in an accident before. What’s more, a subsequent investigation found a number of irregularities surrounding the two pilots themselves.

In the end, Jenni Rivera’s death at the age of 43 cut short the life of someone seemingly meant for great things. Though Rivera was already an icon in the Spanish-speaking world, she seemed to be on the precipice of becoming a much bigger star. This is her heartbreaking story. 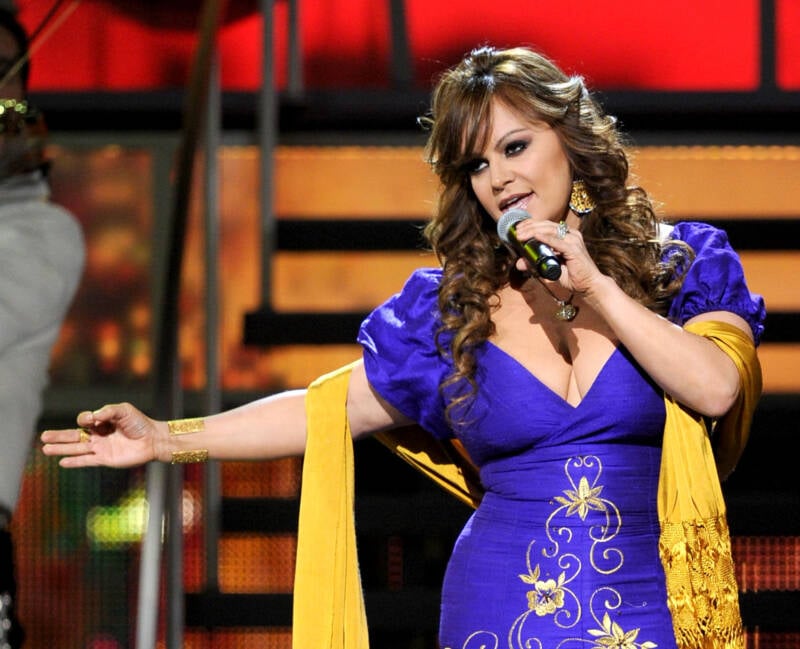 To Jenni Rivera’s fans, part of her appeal was her hardscrabble climb to success. Born on July 2, 1969, in Long Beach, California, to parents who had illegally crossed the Mexican border into the United States, she grew up in a musical family, where her father encouraged her to use her vocal gifts.

“I used to force Jenni to sing the choruses to songs we recorded,” her father, Don Jorge Rivera, who ran his own record label, told Rolling Stone. “She didn’t like it at first, but then she immersed herself.”

Despite her family’s connections to the music industry, Jenni Rivera’s success was not at all guaranteed. Rivera got pregnant when she was just 15 — and her parents promptly kicked her out of the house. Then, her 1985 marriage to the baby’s father, José Trinidad Marín, became abusive.

As Rivera told CNN en Español, Marín physically abused her because she wanted to attend college (and did). They divorced in 1992 when she found out that Marín had molested their daughter and Rivera’s younger sister.

But Jenni Rivera’s heartbreak became her redemption. Divorced with three children, she reconciled with her family and started to work for her father’s record label. And, soon, Rivera started recording songs on her own. In 1995, she released her full-length debut album La Chacalosa.

From there, Jenni Rivera’s luck started to change. Singing about her life, Rivera released album after album and swiftly found an audience among Spanish-speaking women who’d suffered similar setbacks.

“Her husbands and industry men [called] her fat, worthless, ugly,” her father told Rolling Stone. “They told her she would fail… but from her suffering came her triumph. Today, I am in awe [of] everything she did.”

Indeed, Rivera soon converted her musical success into greater stardom, appearing in reality TV shows, becoming an activist, and selling out venues like L.A.’s Nokia Theatre. She also developed a makeup line, put her name on perfumes, and sold products like blow dryers and flat irons.

“It is very flattering when they tell me that I’m a great artist, a great entertainer, that when I’m on stage I can get in the recording studio and come up with a great production,” Rivera told CNN en Español. “But before all of that, I was a businesswoman. I’m primarily business-minded.”

Sadly, it was business that led to Jenni Rivera’s death. In December 2012, she arranged to fly between Monterrey, Mexico, where she had just performed at a sold-out concert, to Toluca, where she was appearing on Mexico’s version of The Voice. But Rivera and her entourage wouldn’t survive the flight.

How Jenni Rivera Died In A Plane Crash 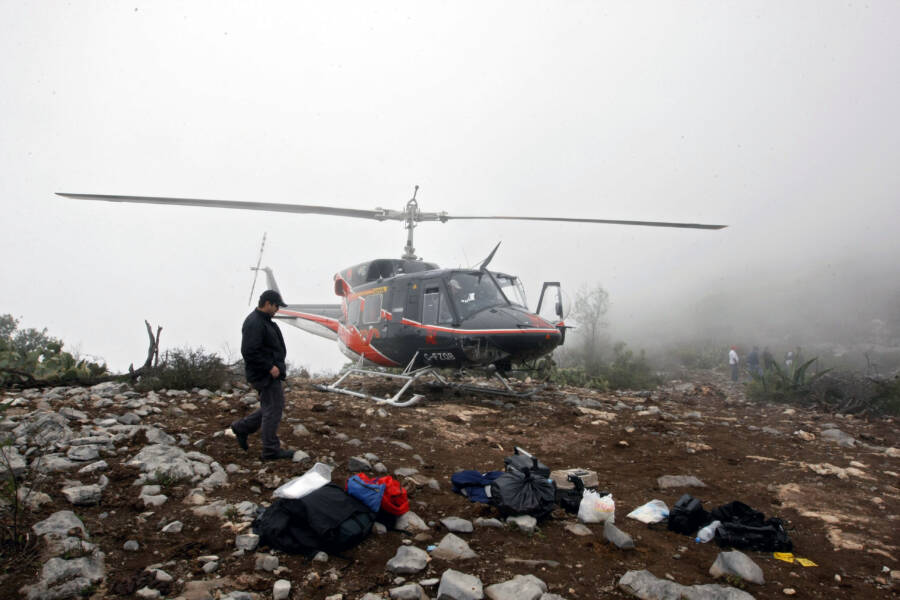 Julio Cesar Aguilar/AFP via Getty ImagesForensic personnel look for evidence at the site of the plane crash where Jenni Rivera died alongside six others.

On December 9, 2012, at 3:15 a.m., a Learjet carrying Jenni Rivera, her lawyer, publicist, hairdresser, and makeup artist, as well as two pilots, took off from Monterrey, Mexico. They were supposed to arrive in Toluca before sunrise.

But they’d never make it there. According to USA Today, the twin-engine turbojet dropped off the radar screen about 10 minutes after takeoff. A later investigation found that it had likely plummeted straight down from 28,000 feet, perhaps at over 600 miles per hour, before it crashed.

“The plane practically nose-dived,” Secretary of Communications and Transportation Gerardo Ruiz Esparza explained, according to USA Today. “The impact must have been terrible.”

Jenni Rivera died instantly, along with the six other people on board.

But at first, her family held out hope that she’d somehow survived the crash. Though investigators found Rivera’s I.D. among the wreckage, her mother suggested at a press conference that Rivera could have lived.

“I still trust God that perhaps the body isn’t hers,” Rosa Saavedra told reporters, suggesting, according to USA Today, that Rivera could have been kidnapped from the crash site. “We’re hoping it’s not true, that perhaps someone took her and left another woman there.”

“It is 100 percent confirmed that Jenni is no longer with us,” her brother Pedro said on December 13th, according to ABC News. “That is Jenni, and she’s on her way back home now… God let us borrow her for a time, 43 years, and now God has taken her. I know she is in His presence.”

Still, questions remained. As her fans and loved ones mourned her loss, investigators worked to understand what had led to Jenni Rivera’s death.

The Factors That Led To Jenni Rivera’s Death

Following Jenni Rivera’s death at the age of 43, investigators examined what had gone wrong during her plane crash. According to Billboard, the destruction of the plane made their task difficult, but they did come up with a couple of reasons why the plane may have dropped from the sky.

Mexico’s General Civil Aviation Administration (DGAC) explained that they were able to rule out certain factors like bad weather, fire, or an explosion. Instead, they suspected that the plane had a problem with its horizontal stabilizer. They also noted that the plane “was more than 43 years old” and that it had been “operated by pilots in the extremes of the span of life, one who was 78 years old and the other who was 21 years old.”

Indeed, the Learjet had encountered some serious issues before its doomed flight. CNN reported that the Learjet had previously sustained “substantial damage” during an accident in which it struck a runway marker while landing in 2005. (No one on board was killed or injured during that incident.)

The older of the two pilots, Miguel Pérez Soto, technically should not have been allowed to fly the plane. He was not licensed for instrument-controlled flying, and according to Mexican regulations, he was too old to be flying a 6,800-kilo plane like the Learjet (though he had apparently received approval to do so earlier that same year). And the younger of the two pilots, Alejandro Torres, was not authorized to fly the aircraft outside of the United States.

Ultimately, since both flight recorders had been destroyed in the explosion, all that the authorities have been able to determine is that the plane crashed due to “loss of control of the aircraft for undetermined reasons.”

A judge in 2016 found that the company that owned the plane was liable for the crash. According to NBC News, Starwood Management LLC was ordered to pay a settlement of $70 million to the families of Rivera’s four employees.

But for many, no amount of money could ease the pain of Jenni Rivera’s death, and the remarkable body of work that she left unfinished.

The Legacy Of The Mexican American Star 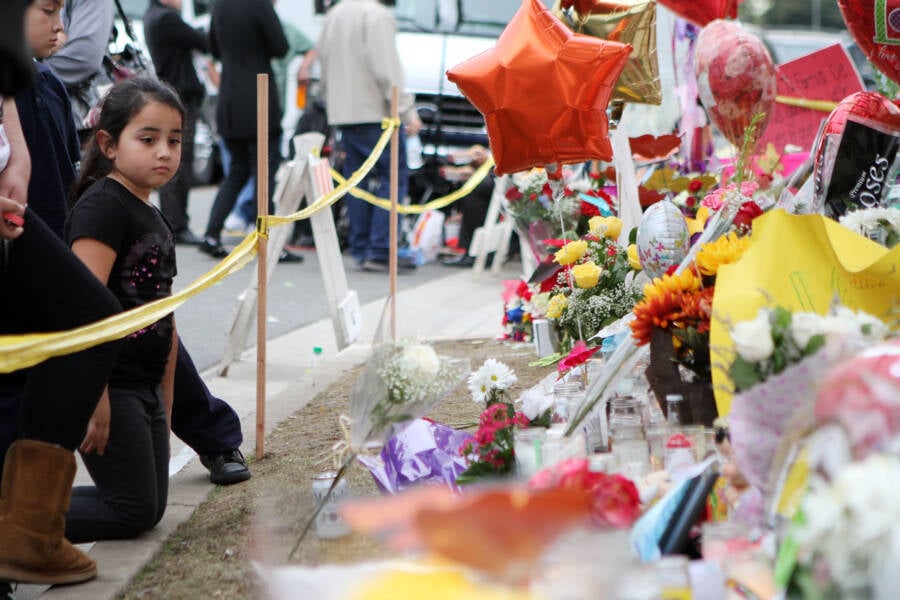 Today, Jenni Rivera is missed by both her fans and family alike. She left behind her parents, siblings, and five children, as well as an unfulfilled legacy as a superstar. According to the Los Angeles Times, she was on the edge of expanding her fan base and becoming a multicultural icon.

Indeed, Rivera, who had sold more than 15 million records at the time of her death, had already embarked on several new projects. Not only was she selling numerous beauty products, but she was also building a following on TV — especially through a reality series that she produced and starred in.

Still, Rivera secretly continued to face struggles — even after finding success. In 2019, a Mexican radio host named Pepe Garza revealed that Rivera had told him in an interview back in 2012 that she was getting numerous death threats, especially when she traveled to Mexico for concerts. Chillingly, this interview took place just months before she died.

At the time of the interview, Rivera appeared to have been utterly baffled as to why people were threatening her in the first place. “I have no idea, there is nothing illegal in my business,” she insisted. “I treat people with a lot of respect. I have no problems with any group or any cartel.”

According to the Los Angeles Times, Rivera also explained that one threat was so serious that the FBI had to get involved to ensure her safety. This shocking revelation — and the fact that her plane crash was never fully explained — have led some to raise questions about her fatal accident. Meanwhile, others simply wish that her death could have been prevented.

But despite her life being tragically cut short, Rivera leaves behind an impressive story. More than her talent as a singer or a businesswoman, she also was a role model for women around the world, who admired her strength in the face of adversity. As Rivera herself noted before her death:

After reading about Jenni Rivera’s death, discover the tragic stories of other celebrities whose lives came to untimely ends in plane crashes, like Lynyrd Skynyrd’s Ronnie Van Zant or R&B singer Aaliyah.