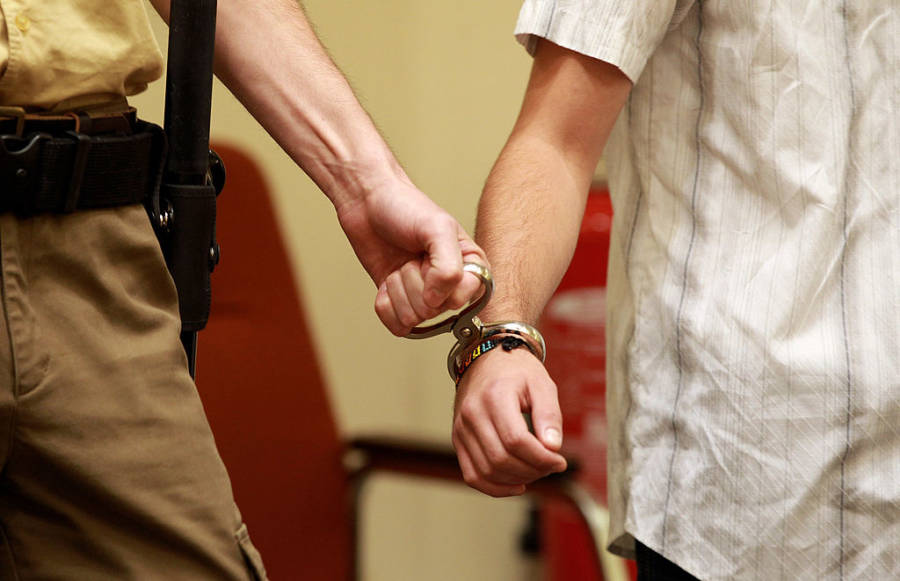 At 66 years old, Timothy Caughman was collecting bottles for recycling when James Jackson stabbed him to death with a sword.

It could have been any black man — since race was Jackson’s only motive when he travelled from his home in Baltimore to New York City with a murder spree in mind.

Jackson says he has always hated black people — throughout his childhood, during his service as an intelligence specialist with the U.S. army, and in his aimless and largely solitary post-service years. Where this racism sprung from is unclear.

“I’ve hated black men since I was a kid,” he reportedly told cops upon his arrest. “I’ve had these feelings since I was a young person. I hate black men.”

Jackson’s odious worldview contrasts sharply with the legacy of his randomly selected victim.

The son of a home health care aide and a pastor, Caughman had spent his life working in antipoverty programs. He helped poor young people find jobs when he ran a division of Neighborhood Youth Corps, a federal antipoverty program, in Queens.

“He probably gave out about two or three thousand jobs to people in the community,” one of his cousins told the New York Times.

As a younger man, Caughman had been given the nickname Hard Rock because of his boxing abilities. As an older man, he enjoyed chatting with neighbors at local diners, reading frequently, and collecting celebrity autographs on the streets of New York. Community members describe him as kind, gracious and respectful.

“What kind of world are we living in right now?” actress Shari Headley, who had sent a signed photo to Caughman after he had reached out to her on Twitter, asked when she heard of the murder. “What a harmless guy. He spends his days just wanting to take pictures with celebrities.”

It seems we’re living in the kind of world where hate crimes have risen by nearly 15% in nine of the nation’s largest cities over the last year. Where legislators, activists and law enforcement officials are at a loss for how best to counter the open and often violent expressions of prejudice.

On Monday, Jackson was charged with murder as an act of terrorism and a hate crime. He will be arraigned April 13.

Since he has admitted his guilt to officials — saying his only regret was that he hadn’t selected “a successful older black man with blondes” — Jackson’s attorney said his arguments will likely focus on his client’s mental health.

Outside the court, one spectator wept at the site of Jackson.

“It really hurt me to see that man, because I can’t do nothing about it,” Car Nimmons told TIME. “I don’t have the power to do anything about it.”

The only thing to do, according to Manhattan District Attorney Cyrus Vance Jr., is continue to promote acceptance.

“We must never take for granted New York’s remarkable diversity,” he said in a statement. “We must celebrate it, protect it, and refuse to let violence and hate undermine the progress we have made as a city, a state, and a nation.”

Next, read about how systematic racism plays a role in wrongful convictions. Then, read the story of a black man who convinced 200 racists to leave the KKK by befriending them.