The Story Of Jamison Bachman, The ‘Worst Roommate Ever’ — Who Ended Up In Jail For Murder

Jamison Bachman spent years as a serial squatter, terrorizing his roommates and even trying to force them out of their own homes before ultimately murdering his own brother. 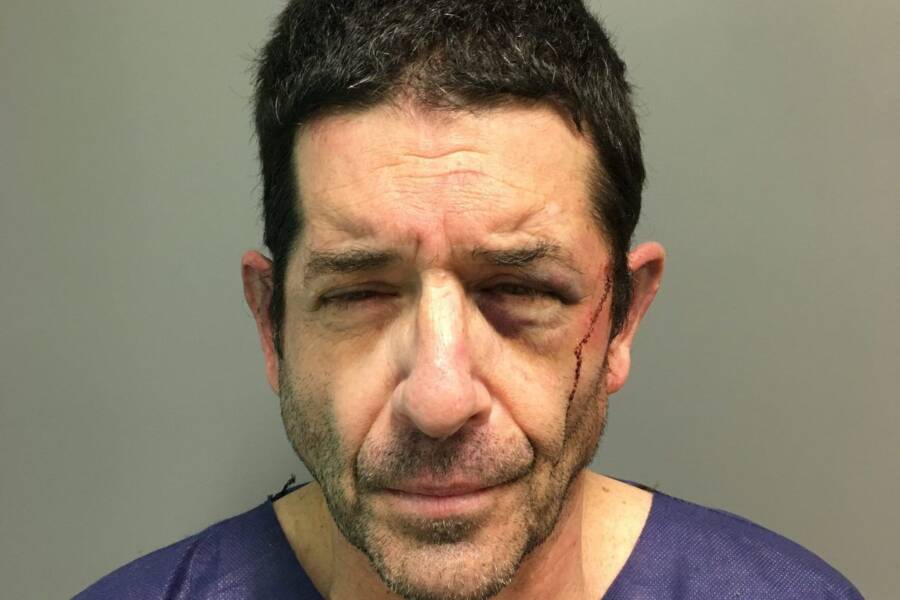 Montgomery County DAJamison Bachman, the “serial squatter” who terrorized his roommates for years.

Jamison Bachman seemed like a successful, trustworthy man. He was charming, he had a law degree, and those who knew him professionally had nothing but positive things to say about him. But Bachman had a secret: He was a serial squatter.

Armed with his law school credentials and his expert knowledge of tenancy laws, Bachman didn’t feel the need to pay rent. He would rather use legal loopholes to avoid eviction — and even remove his housemates from their own properties.

For over a decade, Bachman — who often went by the name “Jed Creek” — terrorized roommates up and down the East Coast, staying with them as long as possible without paying a penny before he decided to move on to his next victim. Over time, his odd behavior became increasingly violent.

In 2017, after he was finally forced out of yet another shared apartment, Bachman tried to move in with his brother, Harry. And when Harry refused, Bachman murdered him. Now, his criminal exploits are being documented in two episodes of the Netflix series Worst Roommate Ever.

The Early Life Of Jamison Bachman

One of Jamison Bachman’s childhood friends once described him as “the cockiest kid you ever met.” He excelled at almost everything he tried, and his parents thought “he could do no wrong,” as reported by New York Magazine. The quote Bachman chose for his high school yearbook even gave an indication of what was to come for him: “Fools say that they learn by experience. I prefer to profit by others’ experiences.”

According to Oxygen, Bachman briefly attended Tulane University after high school. In 1976, he witnessed a murder at a fraternity dinner one night which he claimed changed him forever. A long-standing squabble over library etiquette resulted in one of Bachman’s friends being violently stabbed in front of 25 people that night, including Bachman. 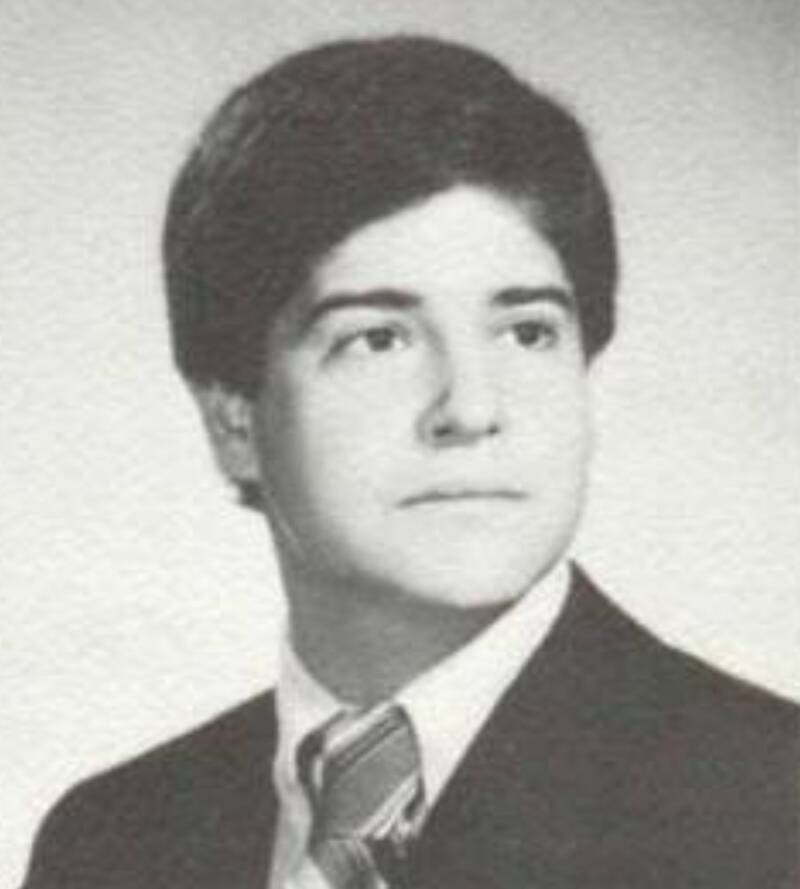 Although the incident was extremely traumatic to witness, Bachman later exaggerated it by saying his friend was “beheaded.” Nevertheless, Bachman was certainly more secretive and paranoid when he returned home a year later.

He eventually earned a master’s degree in history at Georgetown University, where he was recognized as a “remarkable” student with “extraordinary talents,” according to New York Magazine. One Georgetown professor even remarked, “In 20 years of university teaching, I have encountered very few people of his caliber.”

After graduating, Bachman spent several years overseas in Israel and the Netherlands. He eventually returned to the U.S. and earned his law degree from the University of Miami at the age of 45. Bachman never became a practicing attorney though, as he failed the bar exam on his first attempt in 2003 and never tried again.

Jamison Bachman soon began putting his legal knowledge to use in other ways, though.

It’s not clear exactly when Jamison Bachman first decided to begin swindling unsuspecting roommates out of rent money, but by 2006, he had just about perfected his technique. That year, he moved in with Arleen Hairabedian. The two had been casually dating, but Bachman initially told Hairabedian he wouldn’t need to stay with her for more than two months.

That two months soon stretched into four years — and Bachman only paid a single month’s rent the whole time. Finally, in 2010, Hairabedian decided she’d had enough. She slapped Bachman in the midst of a heated conversation about his refusal to pay bills. He grabbed her throat in response, but she escaped and ran out of the house. Hairabedian then filed an eviction notice against Bachman.

When Bachman found out what Hairabedian had done, he immediately went to the police and claimed that she had threatened him with a knife. Hairabedian was arrested and forbidden from entering her own home — and Bachman took all her pets to kill shelters while she was gone. 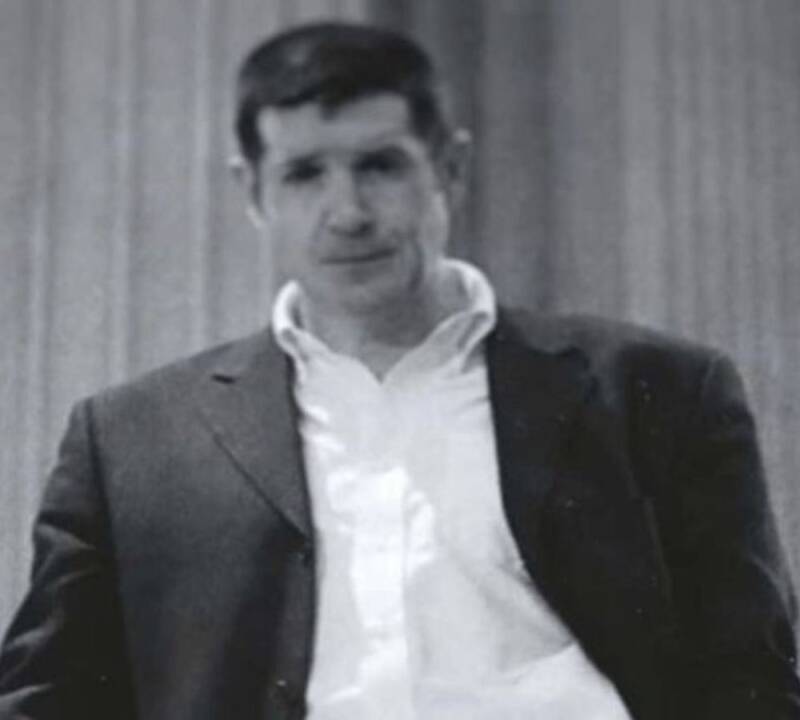 Twitter/TeamCocoFor over a decade, Jamison Bachman used his legal knowledge to avoid eviction while refusing to pay rent.

Over the next seven years, Bachman continued hopping from house to house, playing the role of a polite lawyer who needed somewhere to stay with his cat and dog due to some sort of sudden hardship. He’d write a check for the first month’s rent, but he would never pay again.

Bachman always came up with excuses as to why he shouldn’t have to pay. Using legal terminology such as “the covenant of quiet enjoyment” and “warranty of habitability,” he pointed out things like dirty dishes in the sink or messy living areas to weasel his way out of cutting a check.

However, Bachman’s motivation didn’t seem to be material gain. Instead, he simply derived sadistic pleasure at the discomfort he caused others.

After scamming numerous roommates out of thousands of dollars in rent money and largely avoiding any legal repercussions, Bachman continued to grow bolder and bolder — at least until one woman decided to fight back.

In 2017, Jamison Bachman slithered into the upscale Philadelphia apartment of Alex Miller. Posing as Jed Creek, a lawyer from New York, he told Miller that he had an ill family member in Philadelphia who he needed to care for. He paid the first month’s rent upfront as usual, and he and Miller even seemed to become fast friends.

So when Miller asked Bachman to pay half of the utility bill after he’d been living with her for a month and received a text in response saying, “We can handle this in court if you would prefer,” it took her completely by surprise.

Bachman soon began acting strangely, stealing Miller’s lightbulbs and taking all of her dining room chairs into his room to make a desk, according to Screen Rant. And, of course, he refused to pay rent. 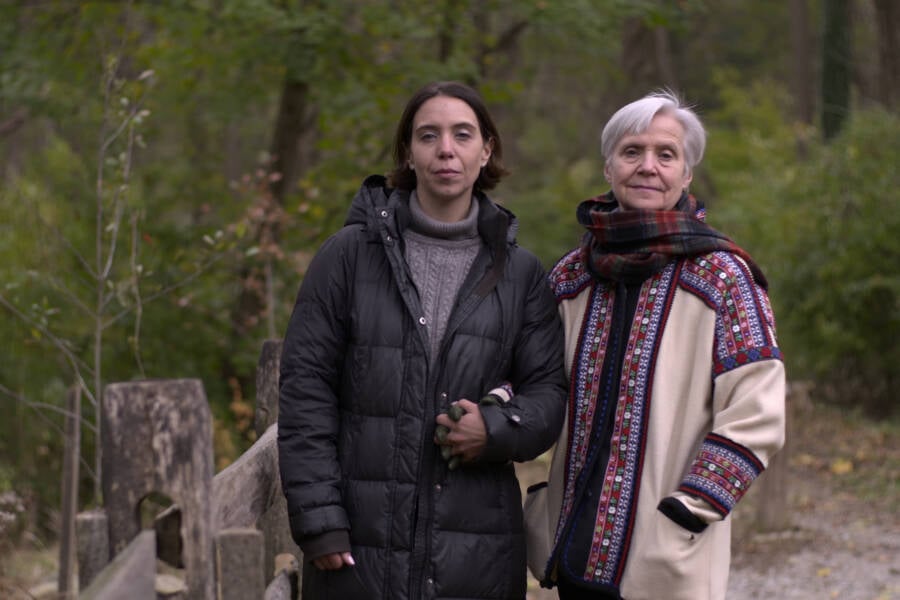 NetflixAlex Miller and her mother.

Miller grew suspicious of the so-called Jed Creek, and she and her mother quickly uncovered his real name online — along with numerous tenancy complaints linked to him. Miller decided she’d had enough.

With the help of her mom and friends, Miller threw a house party, which she described on Facebook as “a send-off… for the Serial Squatter Jamison Bachman.” She blasted rap music, which Bachman hated, and plastered photos of one of his previous victims all over the apartment walls.

After several hours, Bachman stormed out of his room and dumped used cat litter in the toilet before leaving the apartment. He returned the following morning, however — and stabbed Miller in the thigh.

She thankfully managed to escape, and Bachman was soon arrested. His brother, Harry, bailed him out of jail, but it was only the beginning of Bachman’s violent crime spree.

The Serial Squatter Becomes A Murderer

Jamison Bachman left jail on June 17, 2017. He wasn’t a free man for long, though. Just weeks later, he met up with Miller at a local police department to retrieve the belongings he’d left in her home. While there, he told her, “You’re dead, bi—.” Miller immediately reported him, and he was soon behind bars again.

Harry bailed him out once more, but his wife refused to let Bachman stay in their home. This angered the unhinged squatter — and he eventually took that rage out on his brother. 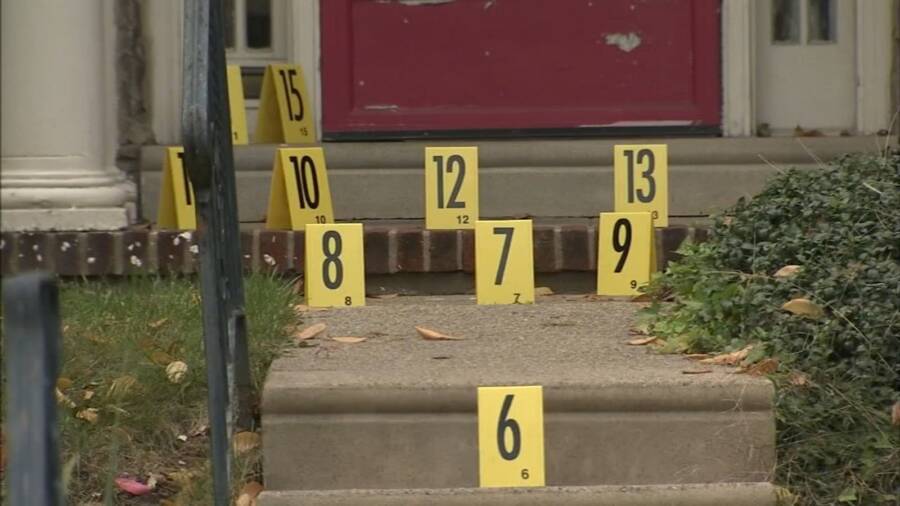 On Nov. 3, 2017, Jamison Bachman beat Harry to death, stole his credit card, and fled the scene in his car. When Harry failed to meet up with his wife out of town that evening as planned, she contacted the police, who found the man’s body at the bottom of his basement stairs.

Officers quickly began searching for Bachman, and they found him in a hotel room just seven miles away, according to Radio Times. He was taken back to jail to await trial for his brother’s murder.

Bachman never made it to trial, however. He took his own life in his jail cell on Dec. 8, 2017. The reign of terror of the “Worst Roommate Ever” was over — but he’d destroyed countless lives along the way.

After learning about the serial squatter Jamison Bachman, read about Shelly Knotek, a serial killer who brutalized her own family. Then, discover the scams of 9 of history’s most infamous con artists.