11 Of The Weirdest News Stories That Made Headlines In 2022

From mushrooms that talk to each other using a vocabulary of 50 words to a mummified "goatelope" pulled from a melting glacier, these are the most bizarre news stories of 2022.

Every year, the typical news cycle is disrupted by some event that is so wildly out of left field that it lands in another stadium, and 2022 was no exception.

We covered over 300 news stories this year about history, science, and crime — but there were also stories that came across our desks that were so weird, strange, and bizarre that they captured our attention completely.

These are 11 of the weirdest news stories we covered in 2022. 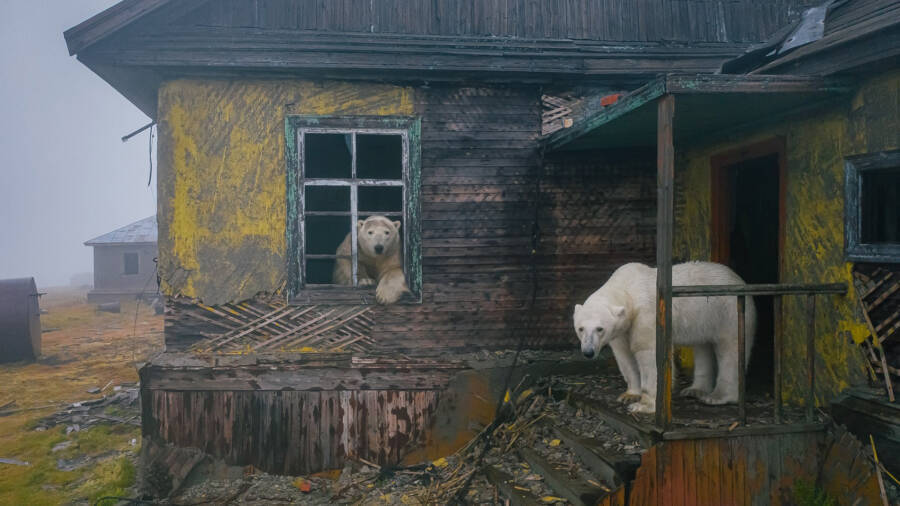 Dmitry Kokh Polar bears are naturally inquisitive and like to explore open doors and windows.

In August 2021, Russian wildlife photographer Dmitry Kokh began a 1,200-mile journey across the sea to photograph polar bears in their natural habitat. However, a storm forced his ship to anchor near the island of Kolyuchin partway through the trip.

Fortunately for Kokh, Kolyuchin had been taken over by polar bears. The creatures had moved into the crumbling buildings of a former Arctic weather station.

The island was abandoned in 1992, but this year a group of around 20 polar bears decided to make the empty buildings their temporary home.

Polar bears are inherently curious, often investigating unlocked doors and windows. And due to generations of human hunting practices, they are inclined to seek shelter when it is available to them. These natural instincts are likely part of the reason the bears moved into the former weather station.

Kokh captured photos of the polar bears using a remote-controlled camera drone with low-noise propellors, enabling him to both keep a safe distance from the creatures and disturb them as little as possible.

“Nature is always sending you something when you least expect it,” Kokh said. “We saw some movements in the windows. And when we got close — those were bears! Never before they were seen in those buildings, so that was a once in a lifetime situation.”