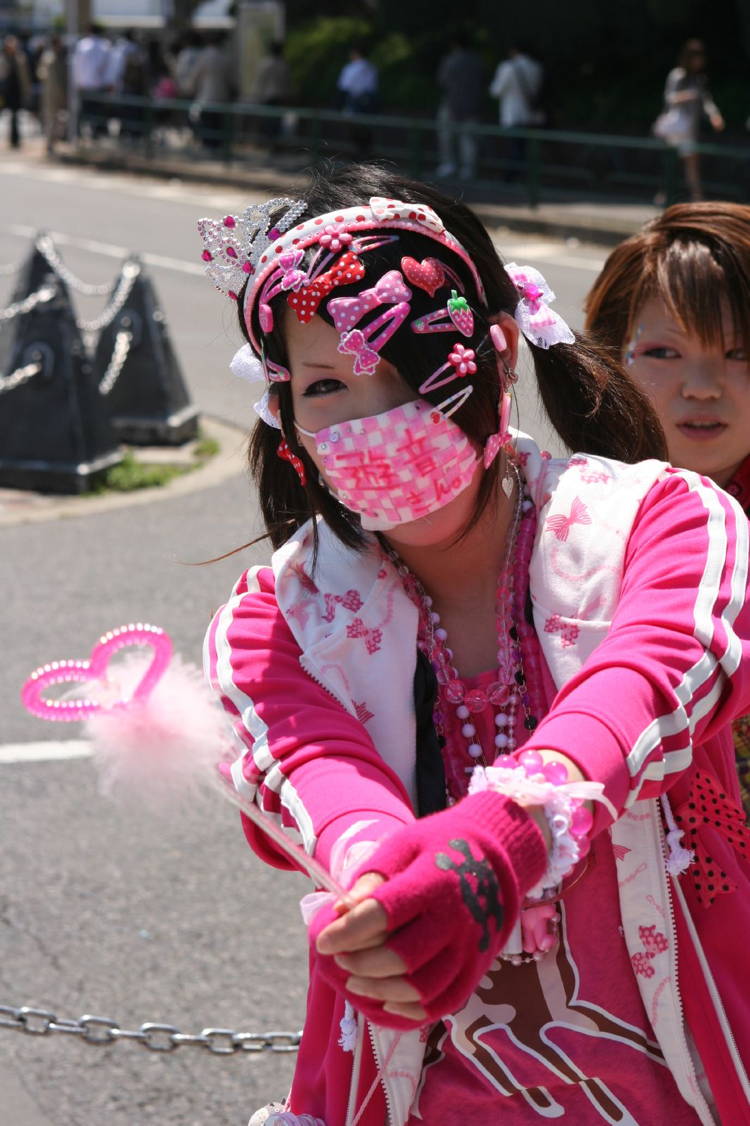 One of the more saturated styles to grace the streets of Tokyo, decora is identified by the use of toylike accessories, the donning of garments that are typically extremely colorful, able to light up and/or make sounds. Women seek to look as young and doll-like as possible, hence the common use of pigtails, oversized mary janes and teensy-weensy shirts. Men, favoring a more two-dimensional visage, tend to dress like anime characters and sport slightly spiked hair. 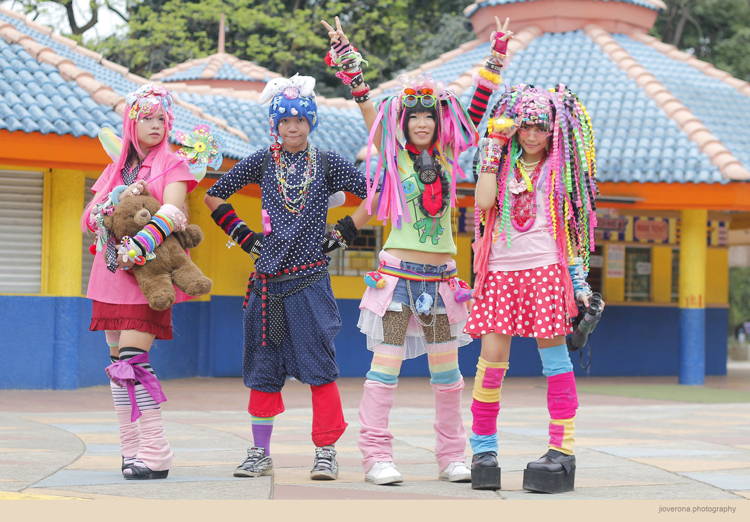 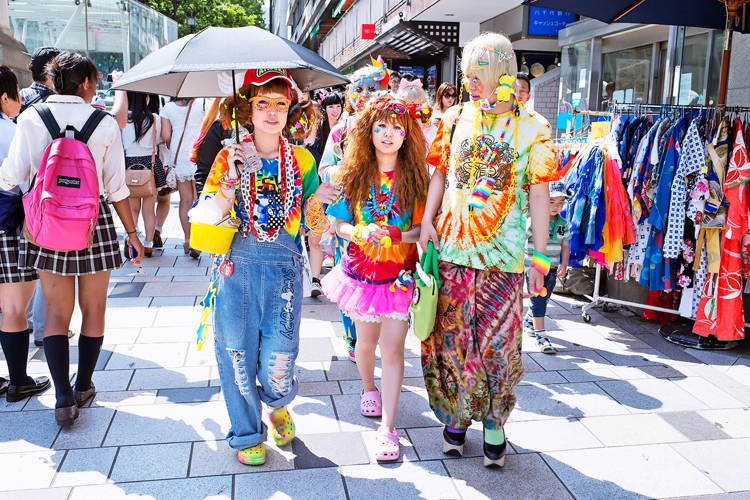 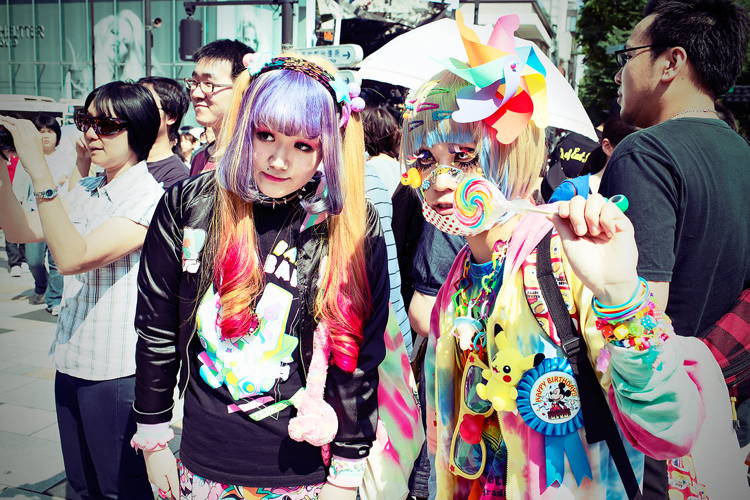 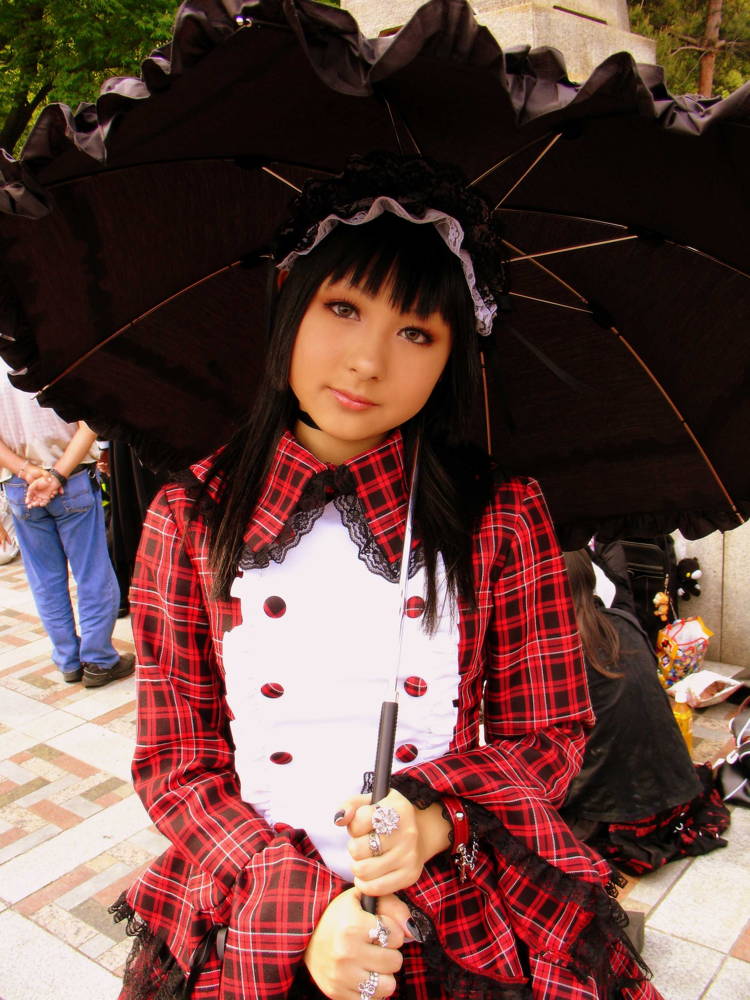 Though the Lolita fashion did not originate in Japan, the style is so prevalent there that many assume it to be a fashion trend endemic to Japan. Surprisingly, the origins of the trend’s name are not sexual, nor is the look supposed to be sexual.

Says one Gothic Lolita, “We certainly do not do this for the attention of men…frequently, female sexuality is portrayed in a way that is palatable and accessible to men, and anything outside of that is intimidating. We don’t get into it because it is some sort of misplaced pedo complex or anything, and the objective isn’t simply to emulate little girls, despite the name Lolita.” 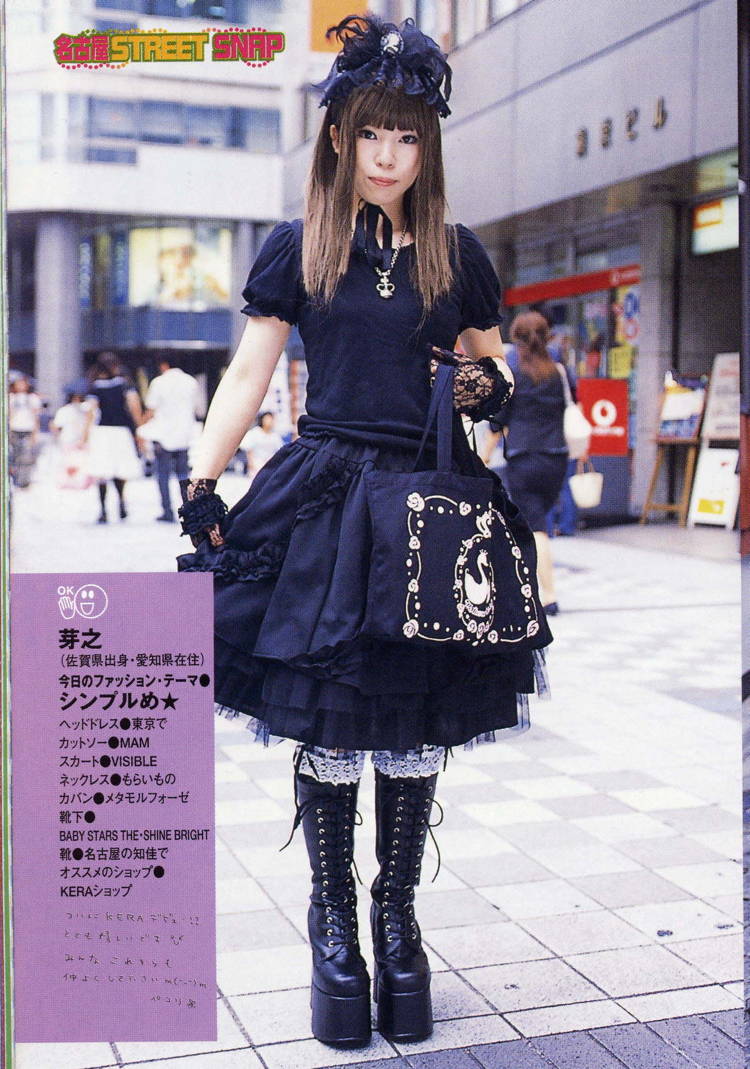 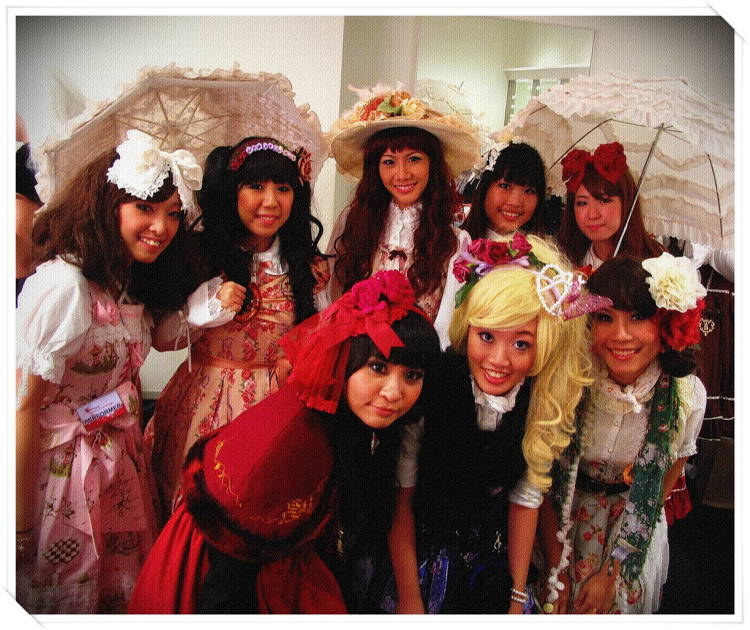 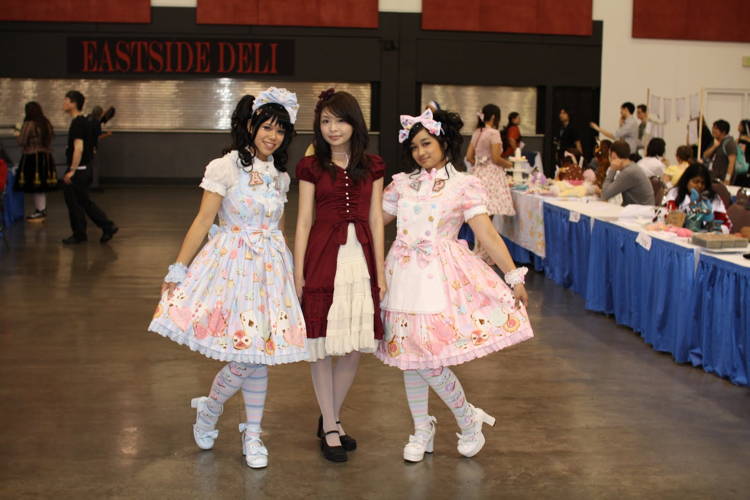