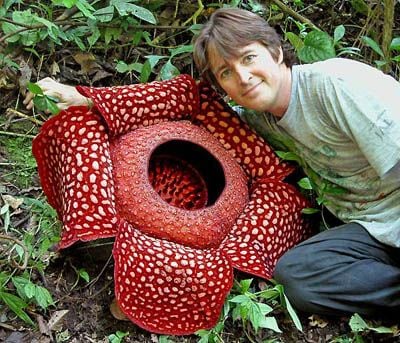 The Rafflesia arnoldii, found in Southeast Asia, is known by the name “corpse flower” due to the smell of rotting flesh which it gives off. The plant is rootless, leafless, parasitic, and has the largest known flower in the world – it can grow to be approximately 3 feet across. The bloom only lasts a few days before dying off, but its foul scent and large, mottled, red petals make it an unmistakable bloom. 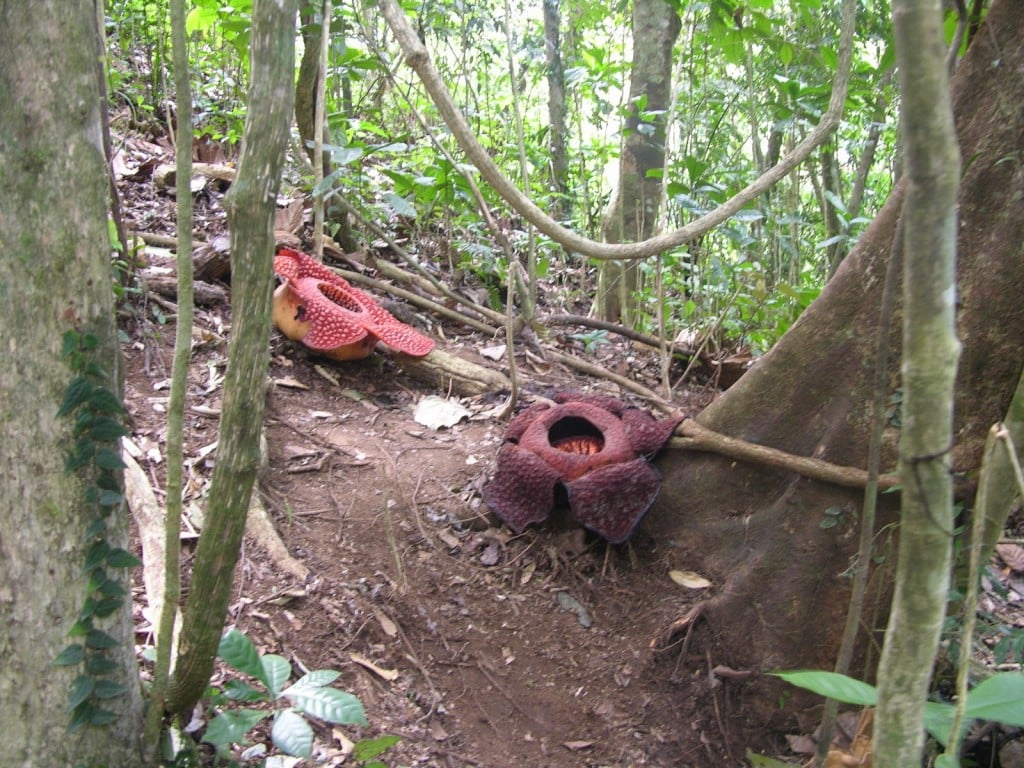 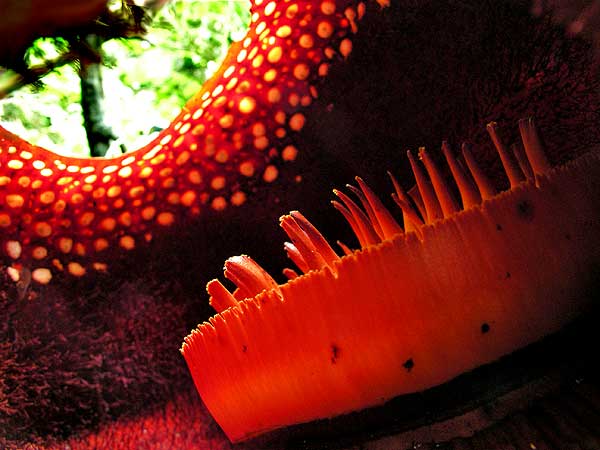 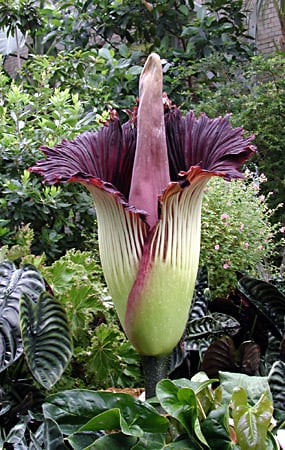 Amorphophallus titanum translates literally to “giant misshapen phallus,” which is about the most accurate description one could give to this strange plant. Its common name is “titan arum,” but, like the Rafflesia arnoldii, it can be called “corpse plant” or “corpse flower” due to its fragrance of decomposing mammals. The titan arum’s home is in the rainforests of Sumatra where it can grow to be over 10 feet tall. Its flowering is incredibly rare and unexpected, but when it blooms the stench is horribly overwhelming. 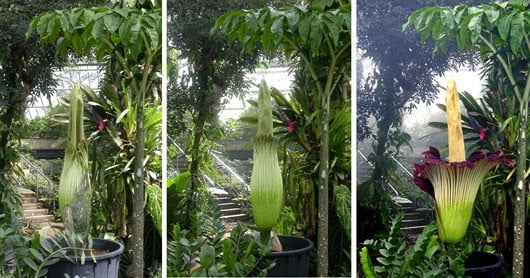