The Glasses Serial Killer Jeffrey Dahmer Wore In Prison Go On Sale For $150,000

Serial killer Jeffrey Dahmer has been back in the news lately following the release of the new Netflix series Dahmer – Monster: The Jeffrey Dahmer Story, which dramatized the murderer’s story.

Now, an online store that specializes in murder paraphernalia is hoping to capitalize on the sudden burst of interest in the murderer by putting Jeffrey Dahmer’s glasses that he wore in prison up for sale for $150,000. 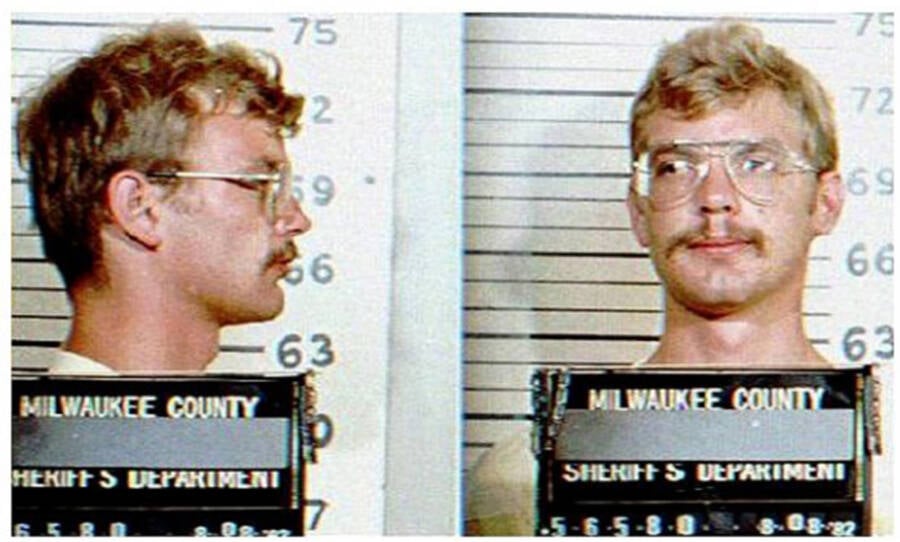 According to the New York Post, Dahmer’s prison glasses were listed by collector Taylor James, the owner of Vancouver-based “murderabilia” site Cult Collectibles. Fox Business reports that James allegedly acquired the glasses, and a number of other items owned by Dahmer, after Dahmer’s father’s housekeeper contacted him. James agreed to manage the merchandise in exchange for a cut of the profits.

But Jeffrey Dahmer’s glasses, James said, are something special.

“This is probably the rarest thing, the most expensive thing, maybe most one-of-a-kind thing, that is ever going to be on Cult Collectibles, ever. Hands down,” he said in a YouTube video. 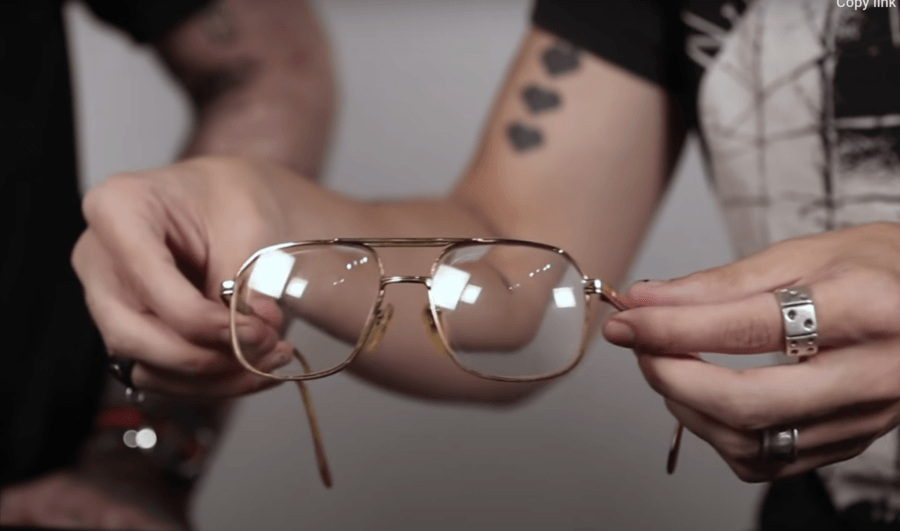 YouTubeJeffrey Dahmer’s glasses that he reportedly wore while in prison.

As many know — and more are finding out, thanks to the Netflix series — Jeffrey Dahmer killed 17 boys and young men between 1978 and 1991, mostly in Milwaukee, Wisconsin. Dahmer’s victims were mostly Black, Asian, or Latino men. Many of them were gay, and all of them were young, ranging in age from 14 to 32.

When Dahmer was arrested in 1991, he admitted to torturing his victims, preserving their remains, and even cannibalizing some of them.”[Cannibalization] was a way of making me feel that [my victims] were a part of me,” he later told Inside Edition.

Though Dahmer was given 15 life sentences plus 70 years, his time in prison was short-lived. That’s because on Nov. 28, 1994, a convicted murderer named Christopher Scarver killed Dahmer by beating him to death with a metal bar in the prison bathroom.

And it’s his life and death in prison that makes Jeffrey Dahmer’s glasses so special, according to James.

“These were in his cell when he was killed in prison,” James explained on YouTube. “[He wore them] at least for his full time in prison and then they were in storage.” 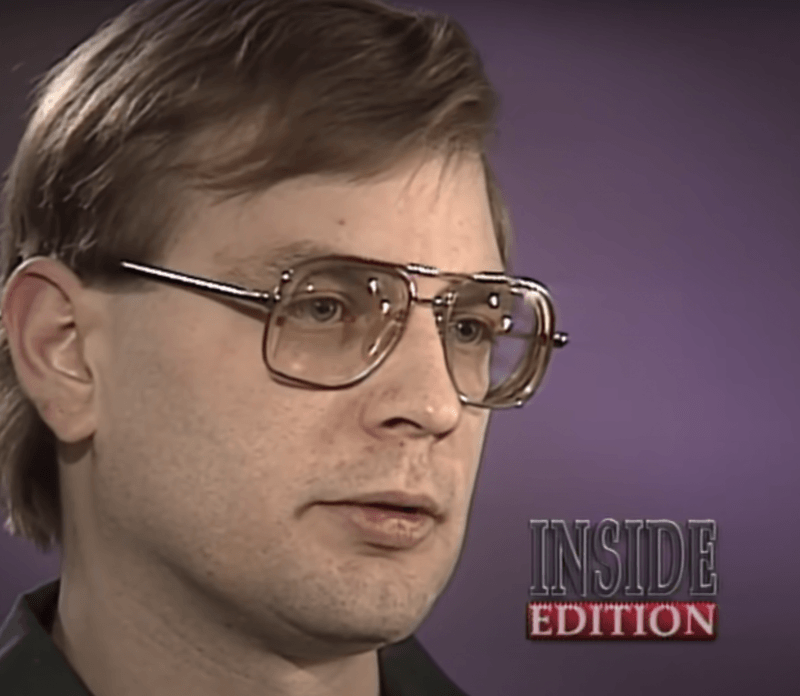 YouTubeAn Inside Edition interview with Jeffrey Dahmer in 1993, the year before he was killed by a fellow inmate.

Though Dahmer’s glasses aren’t displayed on the Cult Collectible website with the other Dahmer items, James will negotiate with buyers in private. According to the New York Post, James has already sold a different pair of Dahmer’s glasses to a private buyer.

But not everyone is thrilled about the resurgence of interest in Jeffrey Dahmer. The families of many of his victims have protested the Netflix series, including Rita Isbell, the sister of 19-year-old Dahmer victim Errol Lindsey. In April 1991, Dahmer subjected Lindsey to a particularly horrible death by drilling a hole in his head and pouring hydrochloric acid into it, allegedly in hopes of reducing him to a “zombie-like” state.

Later, at Dahmer’s trial, Isbell gave an impassioned speech, which Netflix reproduced in the TV series.

“When I saw some of the show, it bothered me, especially when I saw myself — when I saw my name come across the screen and this lady saying verbatim exactly what I said,” Isbell said. “It brought back all the emotions I was feeling back then. I was never contacted about the show. I feel like Netflix should’ve asked if we mind or how we felt about making it. They didn’t ask me anything. They just did it.”

Like it or hate it, the obsession with Jeffrey Dahmer and his gruesome crimes seems to be here to stay. Anyone interested in Dahmer’s prison glasses will have to reach out to James directly, or they can peruse Cult Collectibles for other items owned by the notorious serial killer.