The water that fills the shoes' soles was taken from the River Jordan and blessed by a priest in Brooklyn. 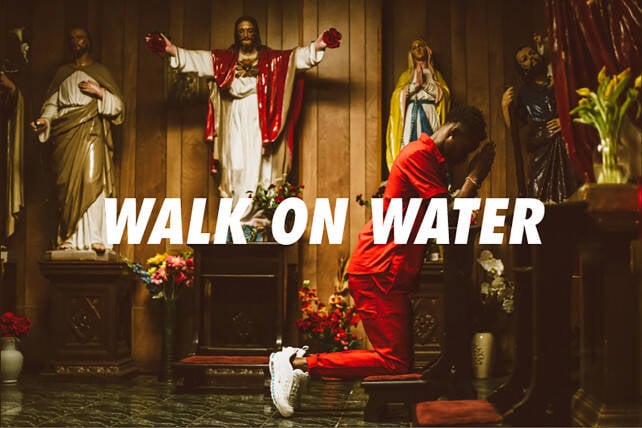 MSCHFAn advertisement for the holy water-filled sneakers reselling for $4,000.

A pair of Nike Air Max 97s often sells for about $160, already a sizeable price tag for a pair of sneakers. But now, one Brooklyn company has raised that price point to a whopping $1,425 by filling the soles with holy water and marketing them as “Jesus Shoes.”

According to CBS News, Brooklyn-based creative arts company MSCHF simply took a traditional pair of the classic shoe and filled the shock-absorbent bottom with holy water from the River Jordan. Blessed by a priest in Brooklyn, this mere addition increased the price tag to $1,425, with some pairs reselling for $4,000. Furthermore, a golden Jesus on a crucifix serves as a shoelace arm.

Despite the price tag, one buyer purchased the pair at full price on Tuesday. According to MSCHF head of commerce Daniel Greenberg, it took a mere minute to sell.

The pair of “Jesus Shoes” is now listed on resale website StockX for a whopping $4,000. 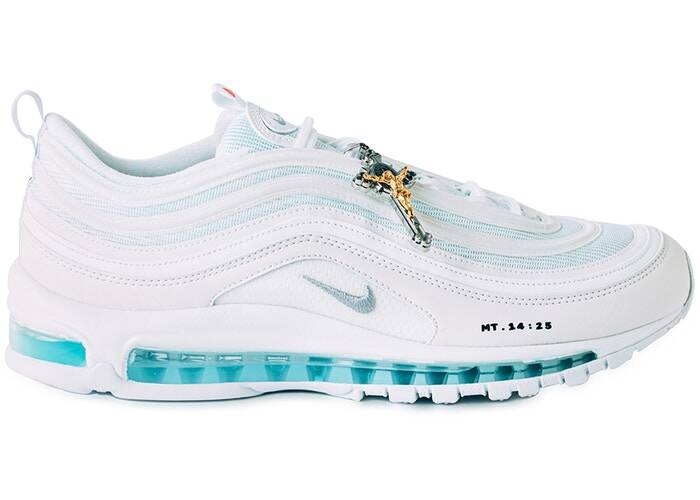 MSCHFThe water inside the sneakers was taken from the River Jordan and then blessed by a priest in Brooklyn.

To Greenberg’s credit, the project started as a way to raise awareness of how easily swayed consumers are by “collab culture,” which has companies partner up to sell limited and exclusive products at preposterous price points. As The New York Post wrote, the entire effort was a troll.

“We thought of that Arizona Iced Tea and Adidas collab, where they were selling shoes that [advertised] a beverage company that sells iced tea at bodegas,” said Greenberg. “So we wanted to make a statement about how absurd collab culture has gotten.”

Previous MSCHF projects included “Times Newer Roman,” a font that simply takes the classic one and enlarges each letter by five to 10 percent. It was meant to appeal to students desperately trying to reach their term paper page counts via enlarged lettering.

MSCHF also developed an internet plugin that makes Wikipedia pages appear like official sources of information — once again aimed at young consumers. But Greenberg wanted to step things up this time. Naturally, the company looked to perhaps the most influential figure in human history to do so — and thus the “Jesus shoes” were born. 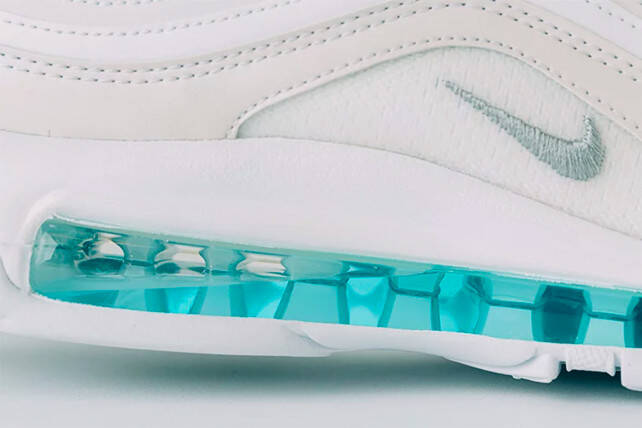 “We set out to take that to the next level,” he explained. “We asked ourselves, ‘What would a shoe collab with Jesus look like?'”

“As a Jew myself, the only thing I knew was that he walked on water,” he joked. “‘Well, how can we do that?’ You pump holy water into the pocket of a pair of Air Max 97’s and with that, you get Jesus Shoes — the holiest collab ever.”

Fortunately for Greenberg, he had a friend in Israel who could supply the invaluable material. It’s certainly an unprecedented feature and directly targets hype-conscious buyers who love nothing more than an expensive item of streetwear that is both expensive and limited in quantity.

MSCHF sent about six pairs of the Jesus Shoes to a variety of YouTubers and high-visibility figures like A$AP Rocky before unleashing them unto the world. The sneakers dropped at 11 a.m. on Tuesday, with plans to continue a similar release schedule for the foreseeable future.

The company aims to make “biweekly drops at 11 a.m. on every second and fourth Tuesday of each month,” said Greenberg. As for Nike, they’re in no way affiliated with Greenberg or his company’s project to sell these shoes.

Next, read about the world’s tallest teenager who got 3D-printed shoes for his size-28 feet. Then, learn about the wave of severed feet inside sneakers washing up in the Pacific Northwest.