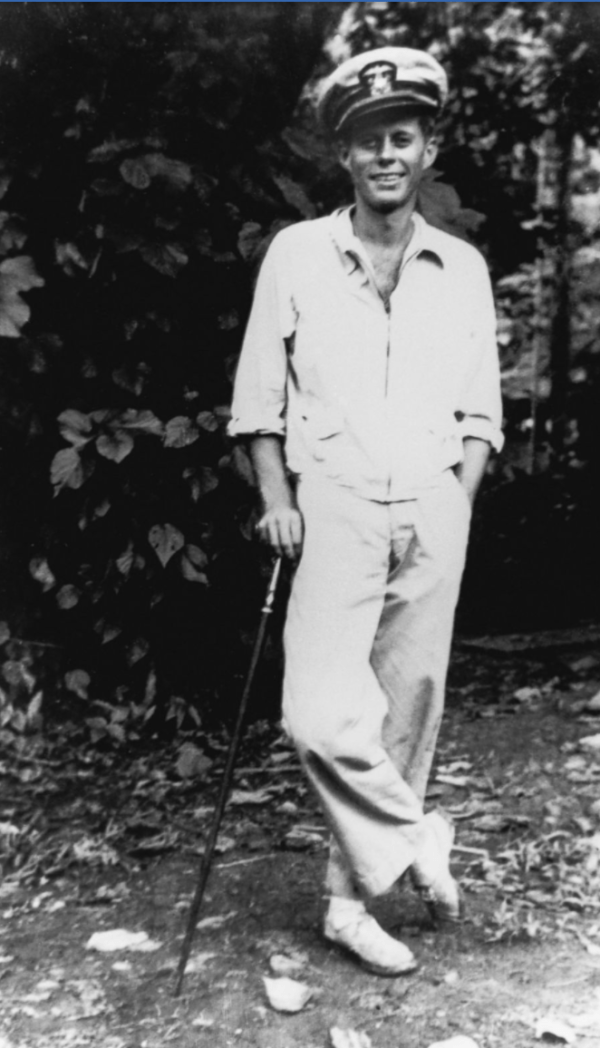 Before John F. Kennedy was the 35th President of the United States and even before he was a Congressman, he was a newspaper writer.

It was 1945 and Kennedy, then 28 years old, was assigned to report in Europe as the continent shakily emerged from World War II. Traveling alongside Winton Churchill and other world leaders, he observed the destruction, reflected on Hitler’s influence and recorded his thoughts in a 61-page diary.

Tellingly prescient and somewhat controversial, the book is going to be auctioned off in April and is set to fetch at least $200,000.

“What’s remarkable is what he foresaw about the future of a world he would lead 16 years later,” said Deidre Henderson, to whom Kennedy gave the journal when she was working in his campaign office.

At the time, Kennedy had just returned from his time with the Navy. His father, Joe Kennedy, was good friends with media titan William Randolph Hearst, who gave John the job.

Obviously it wasn’t a long-lived career — JFK’s dad was determined to make his eldest surviving son president and figured journalism was one way to keep him in the public eye and in contact with powerful people.

The most interesting musings from the future president concern Hitler.

“You can easily understand how that within a few years Hitler will emerge from the hatred that surrounds him now as one of the most significant figures who ever lived,” he wrote when attending the Potsdam Conference in Germany.

“He had boundless ambition for his country which rendered him a menace to the peace of the world, but he had a mystery about him in the way he lived and in the manner of his death that will live and grow after him,” he continued. “He had in him the stuff of which legends are made.”

This does not mean Kennedy admired the man, Henderson insists.

“He was speaking to the mystery surrounding him, not the evil he demonstrated to the world. Nowhere in the diary, or in any of his writings, is there any indication of sympathy for Nazi crimes or causes,” she explains in the auction description.

“On some of the streets the stench — sweet and sickish from dead bodies — is overwhelming,” he wrote on one page.

He also floated a conspiracy theory that the dictator was actually still alive.

“There is no complete evidence…that the body that was found was Hitler’s body,” he wrote. “The Russians doubt that he is dead.”

Kennedy’s clear understanding of international politics and diplomacy was evident in his reflections. Among other things, he wrote about the likely ineffectiveness of the then-new United Nations in deterring war and he realized the importance of U.S. involvement abroad in keeping Russia from seizing too much power.

This year marks what might have been Kennedy’s 100th birthday, had he not been assassinated in 1963 at the age of 46.

Seeing the potential he showed even in his 20s, readers can’t help but marvel at what could have been.

Next, check out these amazing vintage photos of the Kennedy clan during their youth. Then, the best Jackie Kennedy quotes of all time.