Jimmy Carter's house in Plains, Georgia, is a simple, two-bedroom ranch that he and his wife Rosalynn have lived in since leaving the White House 40 years ago — and it’s valued at just $167,000. 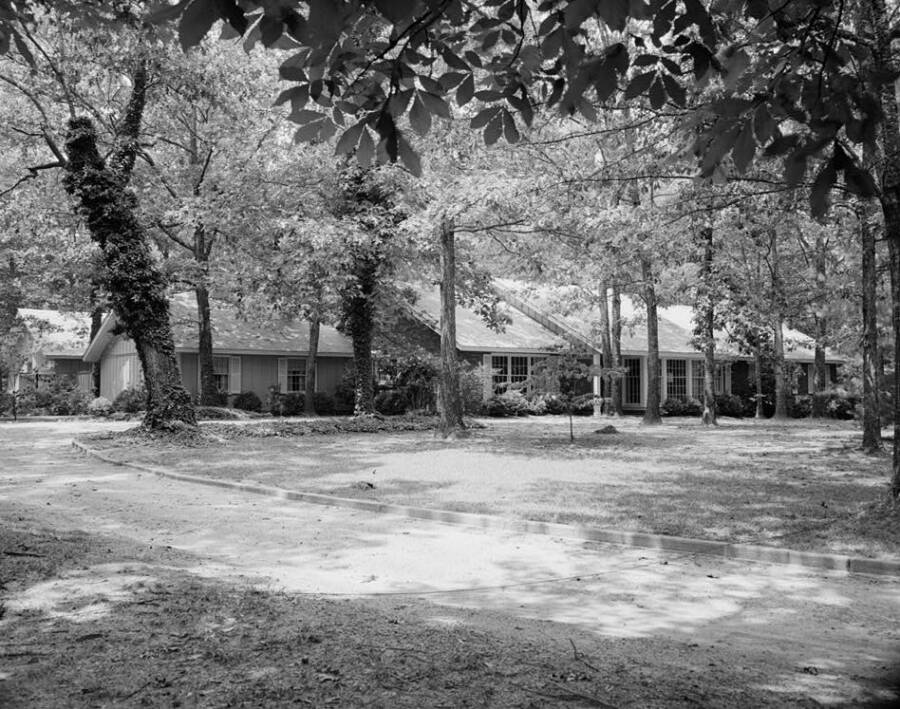 Jimmy Carter’s house doesn’t look like much from the outside. Tucked down a wooded lane in Plains, Georgia, it’s valued at less than a Secret Service vehicle. But the humble home says a lot about the man who built it.

As president, Carter shied away from the more luxurious trappings of the office. He wore a $175 business suit to his inauguration, carried his own bags onto Air Force One, and refused to have “Hail to the Chief” played when he walked into a room.

When his presidency finished after one term, Carter returned to the home he had built in Georgia. There, the former president has stuck to his frugal ways — and drawn a line between himself and his successors.

From Woodland Drive To The White House

Seventeen years before he entered the White House, Jimmy Carter and his wife Rosalynn bought a modest 2.4 acres of land on the outskirts of Plains, Georgia. After renting for years, they were finally ready to build a home of their own.

Both Carter and Rosalynn had been born in Plains (in 1924 and 1927, respectively) but had not planned on spending their lives there. When they married in 1946, Carter was attending the Naval Academy. Upon his graduation, they traveled the world. 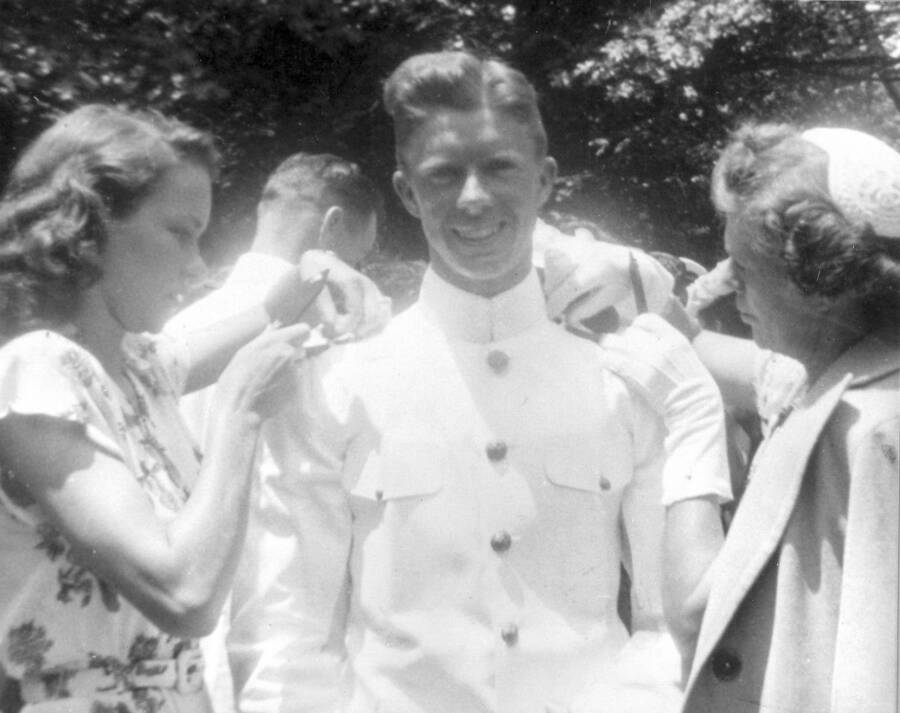 Jimmy Carter Library and MuseumJimmy Carter at his graduation from the Naval Academy in 1946. Rosalynn stands to his right and his mother, Lillian, to his left.

But the death of Carter’s father brought them both home. Back in Plains, Carter struggled to save his family’s peanut farm as Rosalynn tried to readjust to civilian life. By 1960, however, they’d turned the farm around.

As the family business thrived, Jimmy and Rosalynn built a modest-four bedroom ranch house at 209 Woodland Drive. Soon, they bought the surrounding 170 acres as well.

Carter’s gaze, however, was still trained over the horizon. Increasingly interested in politics — and, his mother thought, bored with running the farm — Jimmy Carter launched his political career in 1962.

Despite setbacks along the way, he enjoyed a meteoric rise. Carter went from serving in the George State Senate to being elected governor in 1971. In 1976, he threw his hat in the ring to be president— and won the White House. 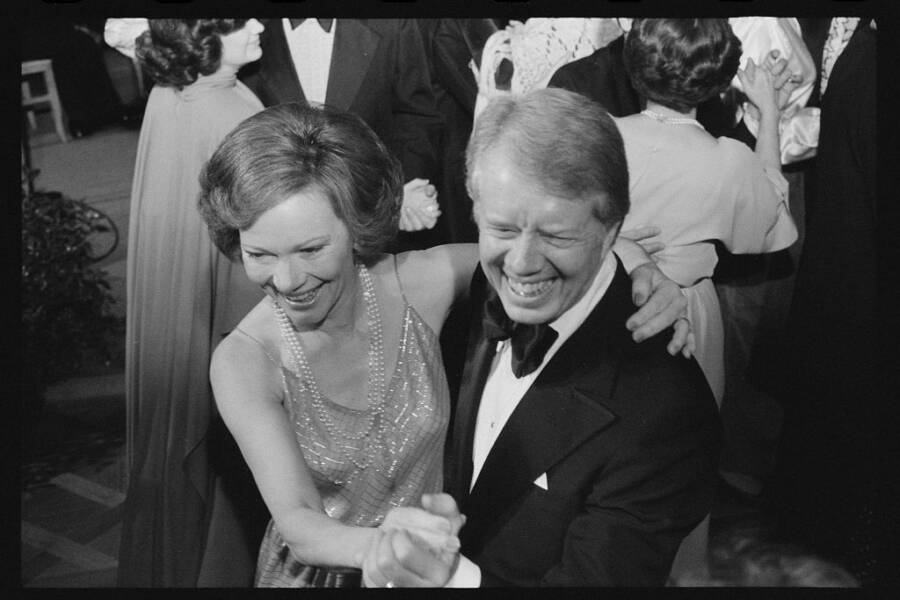 Library of CongressJimmy and Rosalynn Carter at a White House Congressional Ball.

As president, Jimmy Carter balked at the pomp and circumstance surrounding the office. He wore a business suit to his inauguration (Rosalynn wore the same dress she’d worn during his inauguration as governor), canceled drivers for his staff, and sold the presidential yacht, the Sequoia.

To some, however, Carter’s frugal and modest nature made him seem unfit for his duties. As he struggled with crisis after crisis — including the Iran Hostage Crisis and 1970s gas shortages — voters began to lose faith in his abilities. In 1980, Jimmy Carter lost his reelection bid to Ronald Reagan.

Following his defeat, Jimmy and Rosalynn Carter went back to Plains — back to their ranch house on Woodland Drive.

Life after the White House wasn’t easy. Rosalynn and Jimmy Carter’s house had fallen into a state of disrepair. They’d placed their peanut farm in a blind trust and were almost $1 million in debt.

“We thought we were going to lose everything,” Rosalynn remembered.

Meanwhile, Carter fretted about what he was going to do next. “I had no idea what I would do with the rest of my life,” he later recalled. “I was 56 years old, one of the younger survivors of the White House.”

Carter’s predecessor, Gerald Ford, had become a rich man after his presidency. But Carter didn’t want to go that route. He didn’t want to capitalize on his time in the White House.

“I don’t see anything wrong with it,” Carter told the Washington Post in 2018. “I don’t blame other people for doing it. It just never had been my ambition to be rich.”

Instead, he thought about how he could improve the world. With Rosalynn at his side, Carter launched the Carter Center in Atlanta to “wage peace, fight disease and build hope.” He and Rosalynn also began to work with Habitat for Humanity. To date, the Carters have built, renovated, and repaired over 4,000 homes in 14 countries.

All the while, the Carters have lived in the same ranch house that they lived in before the White House. Rosalynn and Jimmy Carter’s house today is still modest — though now surrounded by a government-owned fence — and was valued at just $167,000 in 2018.

That’s below the median home price in George, and less than the cost of the Secret Service vehicles which hang out nearby.

But Carter’s house — and the course of his post-presidency life — is not the only way he differs from his successors.

How Jimmy Carter Is Different From Other Former Presidents

Jimmy Carter’s house — which he plans to turn into a museum upon his death — is not the only way he differs from his successors. Unlike Carter, most former presidents have gon on to make millions by giving speeches or sitting on corporate boards.

Bill Clinton, for example, swiftly erased his $16 million post-White House debt thanks to book deals and speaking fees. George W. Bush made between $100,000 to $175,000 per speaking appearance following his two terms in office. And Barack and Michelle Obama were purportedly paid $60 million for their memoirs.

Carter, on the other hand, has lived modestly. He and Rosalynn buy bargain-brand wine, make their own yogurt, buy clothing at Dollar General, and fly commercial. To make money, Carter pads his pension by writing books, including novels and a children’s book. 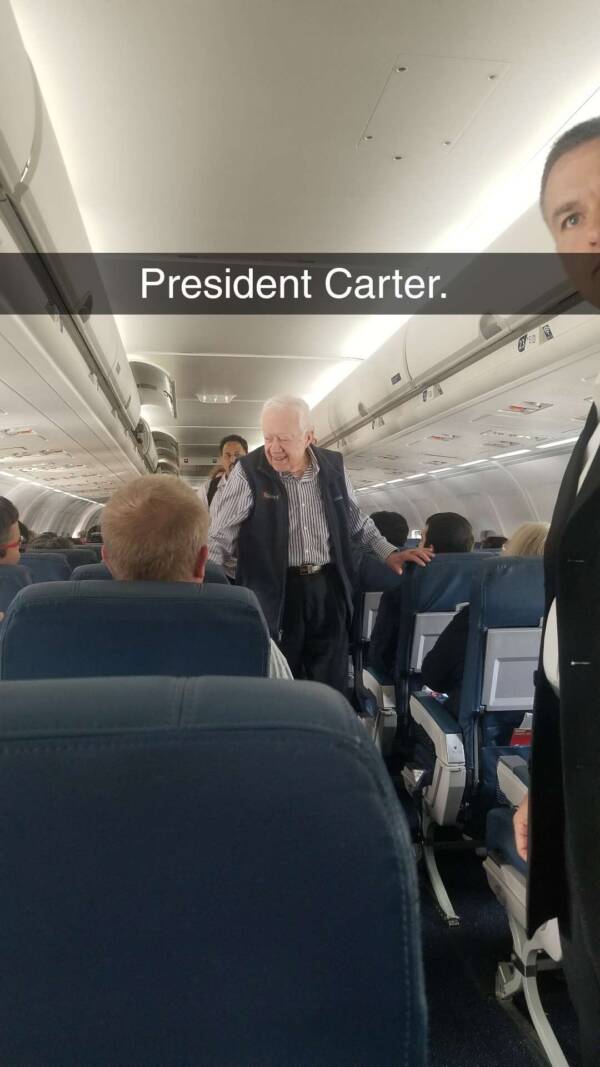 TwitterJimmy Carter on a commercial flight in 2017.

As a result, Carter costs taxpayers less than any other president. In 2018, he cost taxpayers $456,000. His fellow ex-presidents, including (then) Bill Clinton, George W. Bush, and Barack Obama, each cost taxpayers more than $1 million.

In that way, Carter is an outlier among former presidents. While in office, he largely rejected the luxury associated with the American presidency. And out of office, he stayed true to his long-held principles about wealth, modesty, and duty.

Now, living in an era where money and politics are intertwined, Carter isn’t sure if other presidents will follow the path he forged. Will future ex-presidents return to modest homes and live modest lives? Will they ignore easy riches and instead focus on living simply and well?

“I hope so,” Jimmy Carter said, from within his Plains, Georgia home. “But I don’t know.”