Jimmy Hoffa’s Disappearance: What’s True, What’s Not, And Why We Can’t Let It Go

Jimmy Hoffa may be the most famous disappeared man in America, and these theories suggest the Teamster boss suffered one of history's most gruesome deaths.

Ever since Jimmy Hoffa’s disappearance in 1975, the mystery surrounding what happened that day has taken on an almost-mythic quality about it; so much so that it eclipses nearly everything else about him, which was no easy feat.

Once the head of the powerful and corrupt Teamsters Union, he was a household name long before he vanished and the apparent ease with which he was simply erased was impossible to believe. 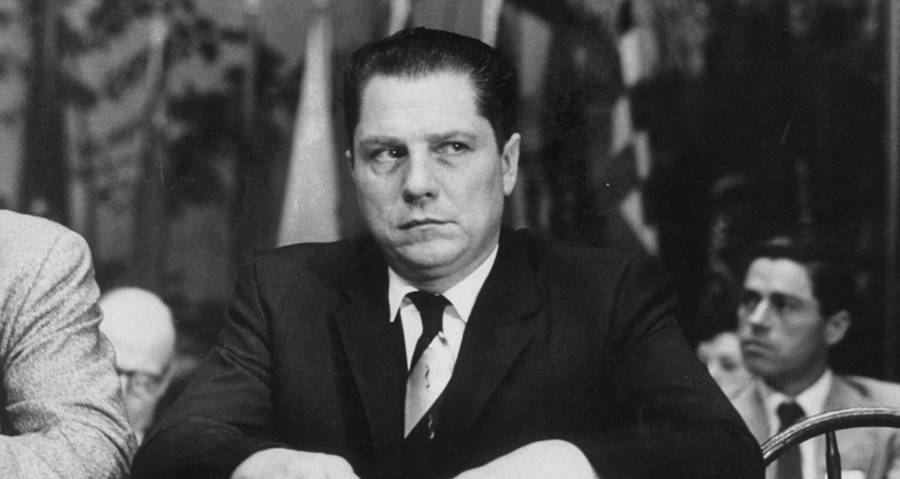 Not about to be second to anyone in stature, even in his absence, it seems appropriate that he would live on as one of America’s most famous missing persons. He became the cultural embodiment of what happened to those who ran afoul of the mob in the 1970s — at least in the public imagination — and decades later, we still can’t seem to help ourselves from speculating about his fate.

Who Was Jimmy Hoffa?

Born James Riddle Hoffa on February 14, 1913, his family moved to Detroit when he was young and he would call the area home for the rest of his life. Hoffa’s union organizing began when he was a teenager working at a Kroger grocery store warehouse, where the substandard wages, abusive supervisors, and lack of job security inspired animosity from the employees.

Approachable and courageous, Hoffa showed early leadership potential during a wildcat strike of the warehouse workers that led to better pay and conditions so when he quit in 1932, he was quickly hired by the Teamsters Local 299 as an organizer. It was the beginning of an association with the Teamsters that would come to define Hoffa’s life for more than 50 years.

Over the course of his career in the Teamsters, Hoffa became its most recognizable public face and a fiery, aggressive advocate for trade unionism in America. His televised confrontations with Senator Robert Kennedy during a Senate committee hearing on corruption in America’s labor unions made Hoffa a household name, endeared him to millions of working Americans who saw him as championing their cause. 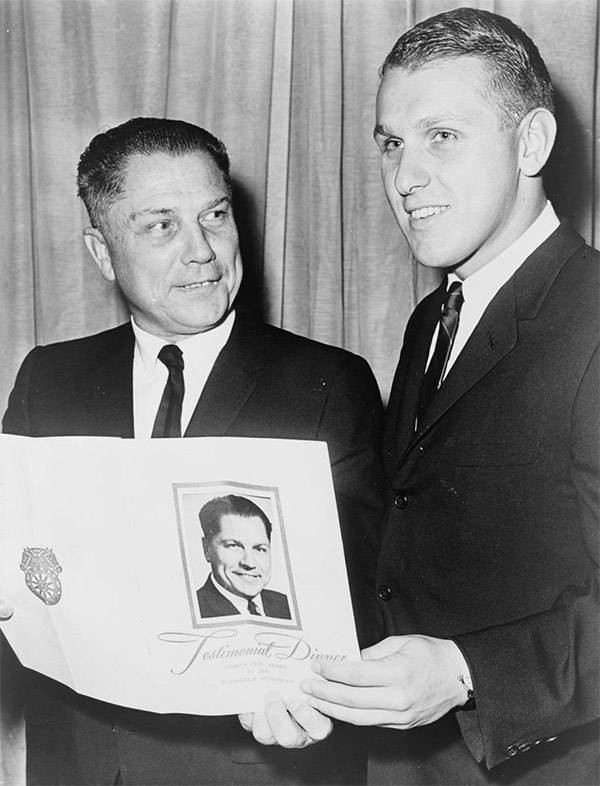 Wikimedia CommonsJimmy Hoffa and his son, James P. Hoffa, in 1965.

Jimmy Hoffa’s ties with organized crime figures were well-documented and publicized, and for most of his life he was able to leverage these associations to strengthen the Teamsters Union, growing it into one of the most powerful unions — if not the most powerful — in the country.

The devil’s bargain that Hoffa cut with the mob caught up with him in the end, however. When the interests of the Teamsters membership and those of the Mafia began to diverge in the 1970s, Hoffa and the mob found themselves at cross purposes to one another.

With neither side willing to back down, the potential for an outbreak of nationwide violence between mob factions caught up in the fight was a very real possibility.

It never came to that, though, because Jimmy Hoffa simply disappeared on July 30, 1975, and was never seen or heard from again. The investigation captivated America and the intersection of so many cultural threads in one case meant it was destined to evolve over the next couple of decades into one of America’s most enduring cultural memes.

So what happened to Jimmy Hoffa?

What we know is that he was last seen in the parking lot of the Machus Red Fox restaurant in Bloomfield Township, Michigan on July 30, 1975. Hoffa had agreed to meet with a few of the key mobsters at the heart of the dispute between himself and the Mafia families that had slowly been taking over many of the Teamsters Locals around the country.

Ostensibly meeting to settle their dispute over leadership and control of the Teamsters, the meeting was clearly a set-up for the murder of the powerful labor leader.

Even though the presumption is that Hoffa was killed by a mob hitman, his body has never been found. Additionally, investigators could not build a strong enough case to charge any of the mob-connected figures who were most likely involved in the murder. The case remains an open investigation to this day, though Jimmy Hoffa was officially declared dead in 1982.

The reality is that nobody knows for sure what happened to the infamous union leader and no forensic investigation to date has ever amounted to anything approaching a clear picture of what happened to him. Still, theories abound; many of them are well-known and adequately gruesome to garner continued public fascination.

In fact, Jimmy Hoffa’s body has suffered so much hypothetical abuse at the hands of the mob that it has transformed into the cultural meme that it is today. 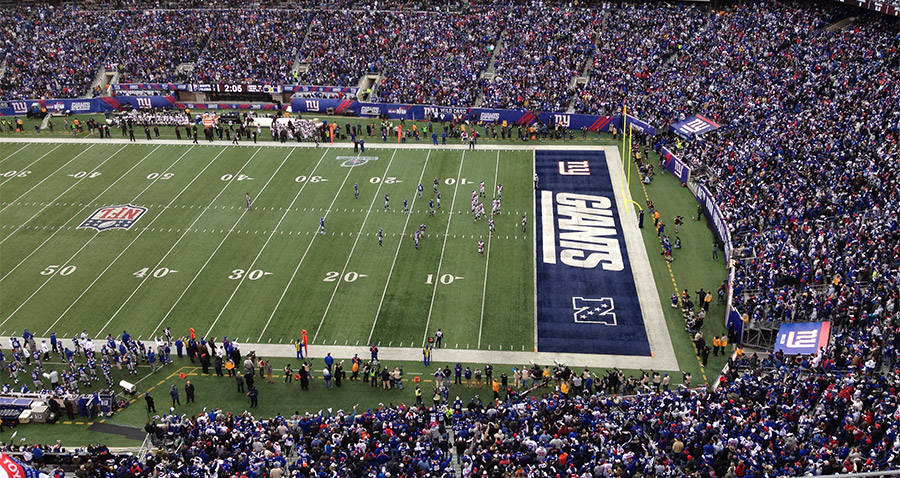 Arguably the most well-known and enduring theories about Jimmy Hoffa’s disappearance is that he was shot, dismembered, frozen, and then buried in the cement foundation of Giants Stadium, then-located in East Rutherford, New Jersey.

The story first entered the public consciousness in 1989 when Donald Frankos gave an interview to Playboy Magazine where he claimed that Hoffa was killed by a New York Irish mafia boss by the name of Jimmy Coonan and buried at the home field of the New York Giants and New York Jets football teams.

According to Frankos, after Coonan shot Hoffa with a silenced .22-caliber pistol in a house in Mt. Clemens, Michigan, he and New York Mafia hitman John Sullivan cut up Hoffa’s body with a power saw and meat cleaver, bagged up the body parts, and stored them in a freezer for months.

Later, the bags were driven to the open construction site of Giant Stadium — which opened the following year — and the bags were mixed into the concrete foundation under what became section 107. This section was located near the end zone of the stadium’s football field. A stadium map marking the spot Hoffa was buried was printed along with the story under the headline “Hoffa Goes Deep.”

According to Frankos, Coonan and an accomplice told him how the murder went down after the fact, and Frankos claimed that he told the F.B.I. about it in 1986. Though the F.B.I. took the allegations seriously in 1989, Frankos — who was in federal witness protection ahead of his testimony against New York crime boss John Gotti — didn’t have much to back up the claim. Investigators connected to the Hoffa case also disputed that Frankos told any of this to the F.B.I. in 1986.

Without physical evidence to support this theory, it was eventually written off as just the latest Jimmy Hoffa story in a long line of similar accounts. When Giants Stadium was demolished in 2010, the F.B.I. didn’t even bother to show up and search the site.