Obsessed with the movie Taxi Driver and infatuated with star Jodie Foster, John Hinckley Jr. shot President Ronald Reagan on March 30, 1981, in an attempt to impress her. 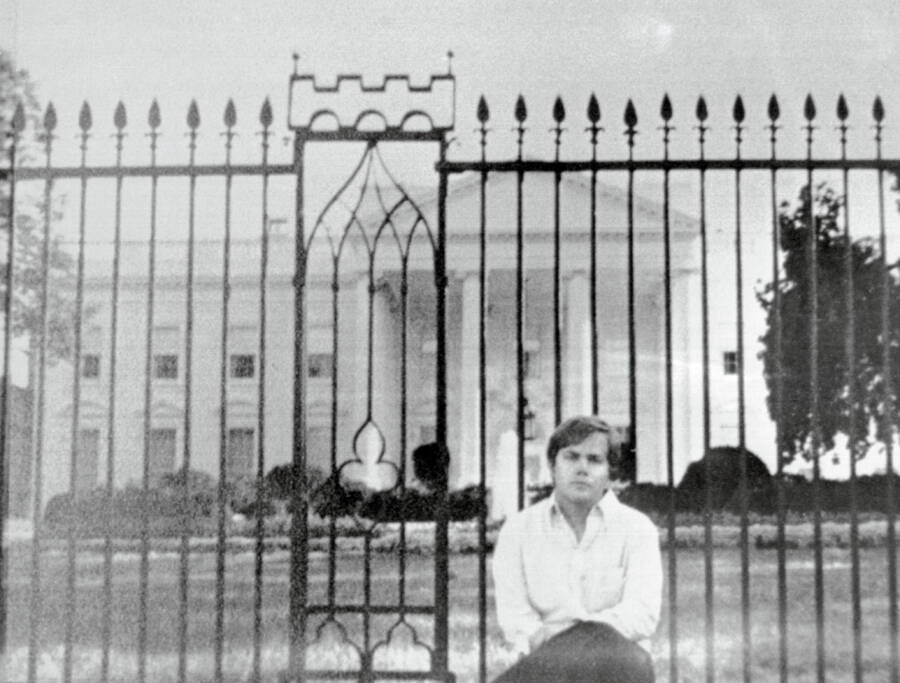 Bettmann/Getty ImagesJohn Hinckley Jr. in front of the White House in an undated photo, c. 1981.

To most who knew him, John Hinckley Jr. was a nobody. He failed to make an impression at high school or college, and a friend of his father later admitted that he didn’t know that Hinckley existed — until 1981 when Hinckley became determined to leave his mark on the world by assassinating the president of the United States.

Indeed, the 25-year-old hoped that shooting Ronald Reagan would do more than etch his name in the history books. Hinckley fervently desired that it would attract the attention of actress Jodie Foster, with whom Hinckley had developed an obsession after seeing her 1976 film Taxi Driver.

Hours before he set out to assassinate the president, Hinckley wrote the actress a final note. “Jodie,” he said, “I would abandon the idea of getting Reagan in a second if I could only win your heart and live out the rest of my life with you, whether it be in total obscurity or whatever.”

So, who was John Hinckley Jr. and how did he end up as one of America’s failed presidential assassins?

Who Is John Hinckley Jr.? 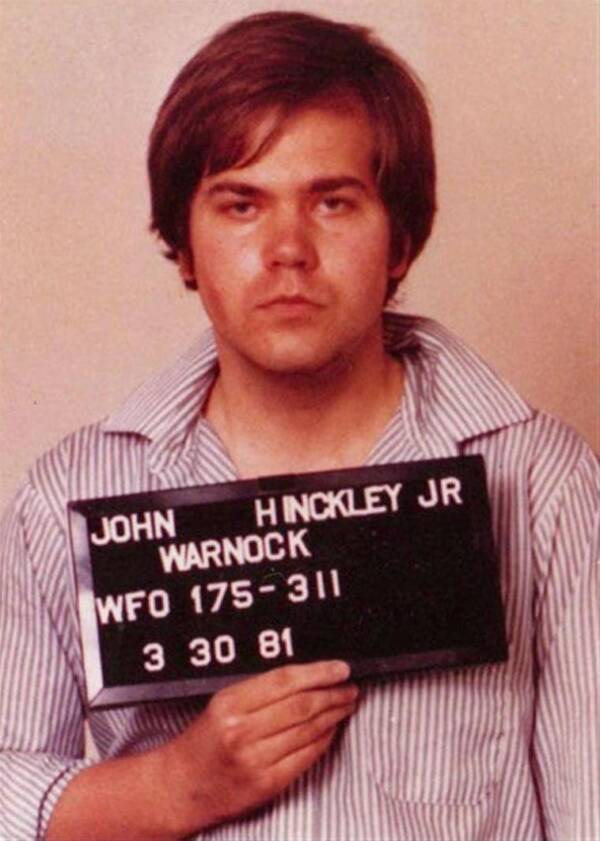 FBIJohn Hinckley’s 1981 mugshot after he shot President Ronald Reagan and three others.

Born on May 29, 1955, in Ardmore, Oklahoma, John Warnock Hinckley Jr.’s childhood later struck many as exceedingly normal. The youngest of three, he grew up in Dallas, Texas, where his father excelled in the oil business.

In fact, Hinckley was so average that he failed to make much of an impression on his classmates. According to Time, Hinckley’s classmates remembered him as “a middle-of-the-roader” and “so normal he appeared to fade into the woodwork.” One quipped that “John never did anything outstanding or memorable.”

Upon his graduation in 1973, Hinckley enrolled at Texas Tech. But he seemed an unenthusiastic student, only sporadically attending classes and dithering between studying business and English. He even briefly left school in 1976 to move to California in hopes of becoming a songwriter.

By 1977, however, Hinckley was back in Texas. Friendless and adrift, he dabbled in Naziism, started taking antidepressants, and developed an obsession with the movie Taxi Driver, which had come out the year before.

According to the Washingtonian, Hinckley saw Taxi Driver 15 times. He seemed to identify with Travis Bickle, the film’s loner protagonist played by Robert De Niro, who attempts to kill a presidential candidate. Hinckley also developed an infatuation for Jodie Foster, who played a 12-year-old prostitute in the film.

In September 1980, Hinckley followed Foster to New Haven, Connecticut, where the 18-year-old actress had just enrolled at Yale University. He left notes for her at her dorm, tried calling her, and even told strangers at a New Haven bar that he was Foster’s boyfriend.

Determined to impress Foster, John Hinckley also began to brainstorm “historic deeds” that could get her attention. After stalking President Jimmy Carter, who lost his bid for reelection in November 1980, Hinckley turned his attention to Carter’s successor — the newly elected Ronald Reagan. 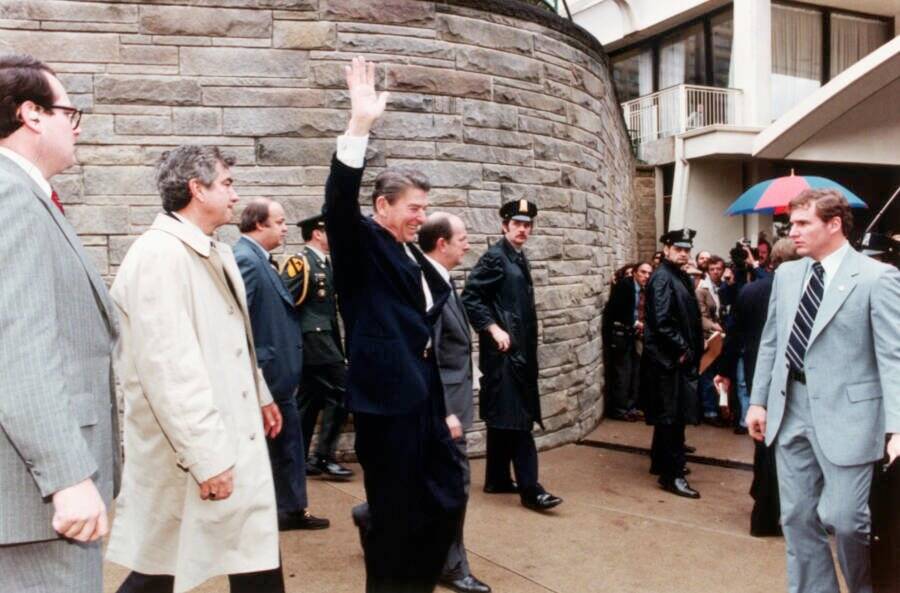 CORBIS/Corbis via Getty ImagesPresident Ronald Reagan waves to the crowd on March 30, 1981, mere moments before John Hinckley Jr. shot him.

On March 30, 1981, John Hinckley Jr. went to Washington D.C. with a singular mission in mind — to kill Ronald Reagan. Hours before the assassination attempt, Hinckley sat down and wrote another letter to Jodie Foster.

“Dear Jodie,” he wrote at 12:45 p.m. “There is definitely a possibility that I will be killed in my attempt to get Reagan… I’ve got to do something now to make you understand, in no uncertain terms, that I’m doing all of this for your sake… Jodie, I’m asking you to please look into your heart and at least give the chance, with this historical deed, to gain your love and respect.”

By 2:55 p.m., Hinckley took his position in front of the Washington Hilton, just a mile and a half from the White House. Standing alongside a group of reporters, he waited for Reagan with a .22 caliber revolver that he’d purchased from a pawn shop in Dallas. And when the president stepped onto the street, smiling and waving at the crowd, Hinckley took action. 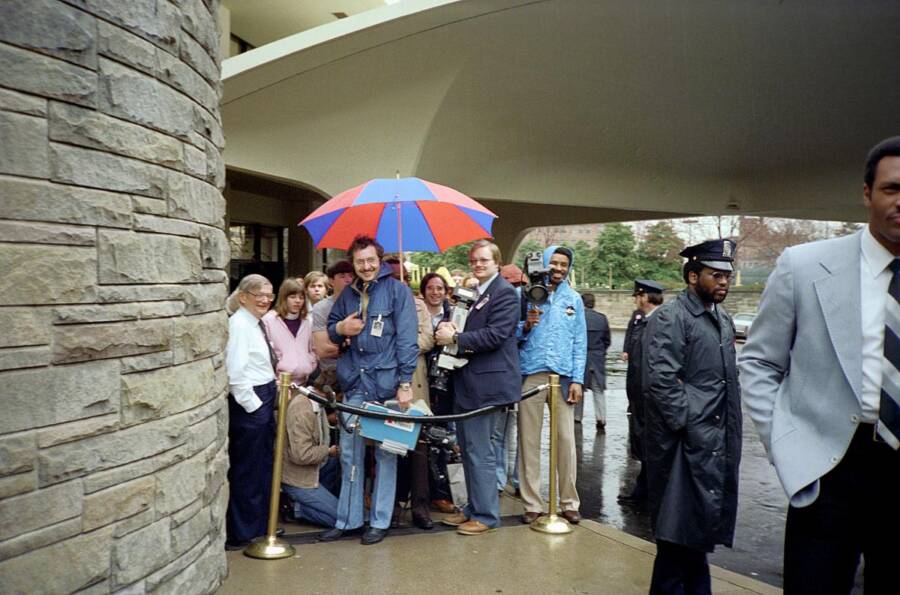 Ronald Reagan Presidential Library and MuseumJohn Hinckley Jr., in the far back of the crowd third from the left, minutes before shooting President Ronald Reagan and three others.

“I heard a pop and it sounded like someone had popped a balloon and then there was a very short lull, followed by five more pops, and I knew then that someone was firing a weapon,” assistant press secretary David Prosperi told The Guardian in 2021.

In the chaotic aftermath, Hinckley was pressed against a wall as the Secret Service whisked Reagan from the scene. At first, the president seemed uninjured. But when he started coughing up blood, his bodyguards realized he’d been shot and took him to the hospital. 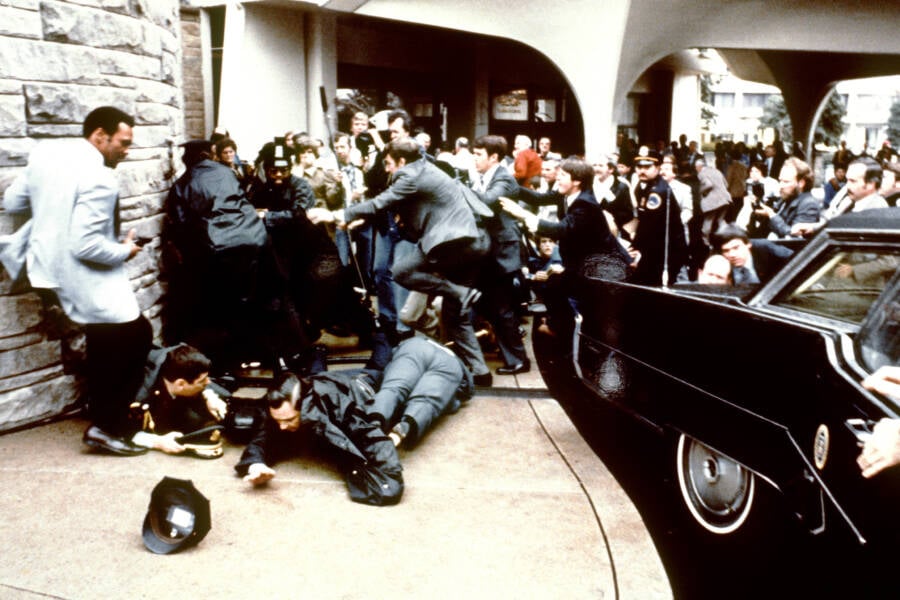 There, he was treated for a punctured lung and a broken rib and released after twelve days. But Reagan’s press secretary, Brady, was not so lucky. Hinckley’s bullet had lodged in his skull, forcing Brady to use a wheelchair for the rest of his life. When Brady died in 2014, his death was ruled a homicide.

Meanwhile, the eyes of the nation fell on John Hinckley Jr., who shot Reagan. On June 21, 1982, the 25-year-old gunman was found not guilty by reason of insanity and committed to St. Elizabeths Hospital in Washington, D.C. But his story didn’t end there.

How The Man Who Shot Reagan Planned His “Redemption Tour”

From 1982 until 2016, John Hinckley lived at St. Elizabeths. As the years passed, however, his parents and attorneys began to argue that his mental illness was in remission. Slowly, Hinckley was awarded more freedoms before a judge granted him “full-time convalescent leave” in 2016.

That September, by order of a judge, Hinckley went to live with his mother. By 2021, a judge agreed to lift all other restrictions on his life by June 2022 as long as he remained mentally stable and complied with the conditions of his release until then.

“If he hadn’t tried to kill the president, he would have been unconditionally released a long, long, long time ago,” Judge Paul L. Friedman said in September 2021, according to the Associated Press. “But everybody is comfortable now after all of the studies, all of the analysis and all of the interviews, and all of the experience with Mr. Hinckley.” 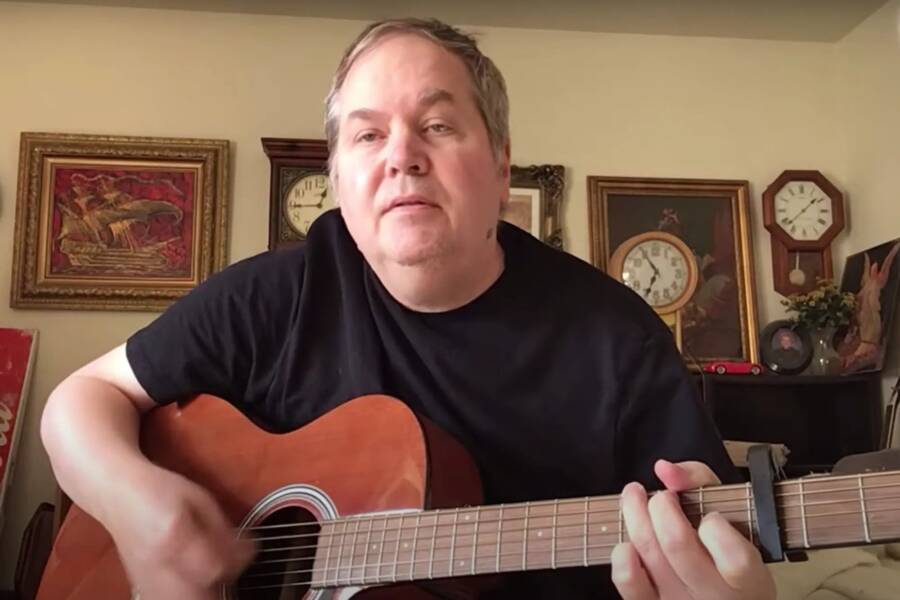 But if Hinckley had “faded into the woodwork” as a boy, he seemed determined to cling to stardom as a man. In December 2020, he started a YouTube channel. In seeming pursuit of his old dream of being a songwriter, he posted original songs and covers.

And in April 2022, Hinckley announced that he was taking his YouTube songs on the road.

“Big news!! I will be performing on July 8 at the Market Hotel in Brooklyn, NY,” he wrote on Twitter on April 8. By April 12, Hinckley announced that his Brooklyn show had sold out, and he soon began offering other dates for “The John Hinckley Redemption Tour.”

Though many Twitter users commented with words of support, at least one user publicly disapproved of Hinckley’s show — The Ronald Reagan Foundation and Institute.

“The Reagan Foundation is both saddened and concerned that John Hinckley Jr. will soon be unconditionally released and intends to pursue a music career for profit,” they posted on Twitter, noting that James Brady had eventually died of the injuries inflicted by Hinckley.

“We strongly oppose his release into society where he apparently seeks to make a profit from his infamy.”

As such, the story of John Hinckley Jr. is still being told. Once, he dreamt of achieving fame by killing a president. Now, he seems satisfied with playing his songs online and in front of live audiences.

But it’s certain that most Americans — certainly Jodie Foster and members of the Reagan family — will always remember him as a would-be killer, not a YouTube star.

After reading about John Hinckley Jr., go inside the murky story of James Earl Ray, the man who pled guilty to killing Martin Luther King Jr. before declaring his innocence. Or, learn about the death of John Wilkes Booth, the first presidential assassin in American history.