"He won't know anything about the pandemic as he's been asleep for 10 months. His awareness is starting to improve now but we just don't know what he knows." 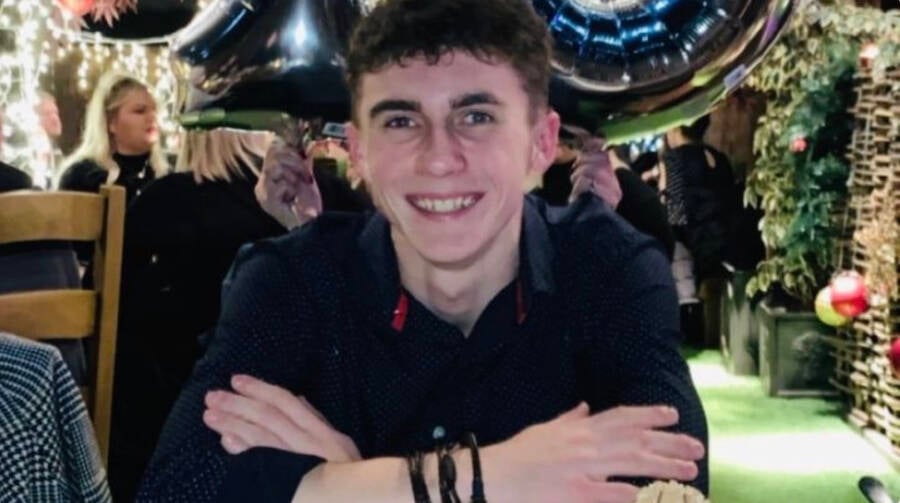 GoFundMeOn Joseph Flavill’s most recent birthday, his mother had to visit him at the hospital in full PPE gear.

The COVID-19 pandemic has changed every aspect of our lives. Countless stores have shuttered, jobs have become remote, and millions of people have died. The COVID-19 virus now plays a role in how we live, think, and plan for our futures. But for one British teenager, it’s done none of those things — since he’s just now emerging from a 10-month coma.

While the spread of COVID-19 in March 2020 sent the world into a panic, Joseph Flavill had a different problem. Flavill, a 19-year-old from England, unexpectedly got hit by a car while he was walking in Burton upon Trent. The accident — which took place on March 1, 2020 — caused the teen to suffer a traumatic brain injury. At some point after that, he went into a coma.

According to The Guardian, Flavill is now emerging from that coma — with no knowledge of the COVID-19 pandemic. Eerily, he is also unaware that he himself has caught the virus twice since he’s been in the hospital. Fortunately, he was able to recover both times. However, he is still in the process of recovering from his horrible accident.

And of course, he will eventually need to process what happened around the world while he was asleep. 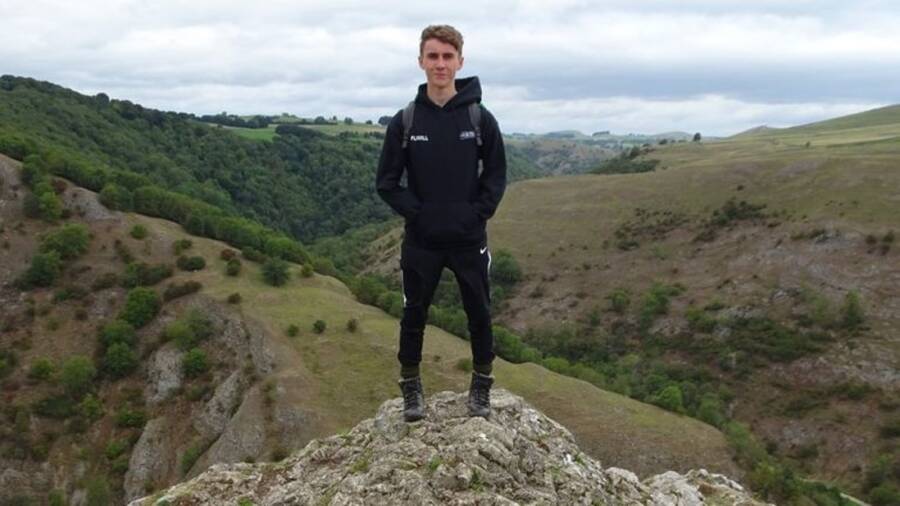 Joseph’s JourneyFlavill is finally recovering from his serious injuries — and will hopefully enjoy more outdoor hikes in the future.

“I just don’t know where to start with it,” said his aunt Sally Flavill Smith. “A year ago if someone had told me what was going to happen over the last year, I don’t think I would have believed it. I’ve got no idea how Joseph’s going to come to understand what we’ve all been through.”

Though Flavill was initially treated at Leicester General hospital, he was later moved to the Adderley Green care center in Stoke-on-Trent to complete the recovery process. While his family is naturally overjoyed about the progress he’s made so far, the accident has clearly taken a severe toll on his body — as he’s suffered from pain as well as seizures.

And although his awareness is starting to improve, he is still not able to speak. That said, he is able to recognize his family and friends — and he can communicate by answering “yes” or “no” questions by blinking and smiling. He can also move his limbs a little bit when asked to do so.

But the most mind-shattering part of Flavill’s reawakening is that he has to process why his loved ones aren’t visiting him in person. Due to social-distancing guidelines — which are strictly enforced at hospitals — all of these important interactions have occurred through video calls.

Since Flavill’s accident took place three weeks before Britain issued its first lockdown, he probably wouldn’t be aware of social distancing either. 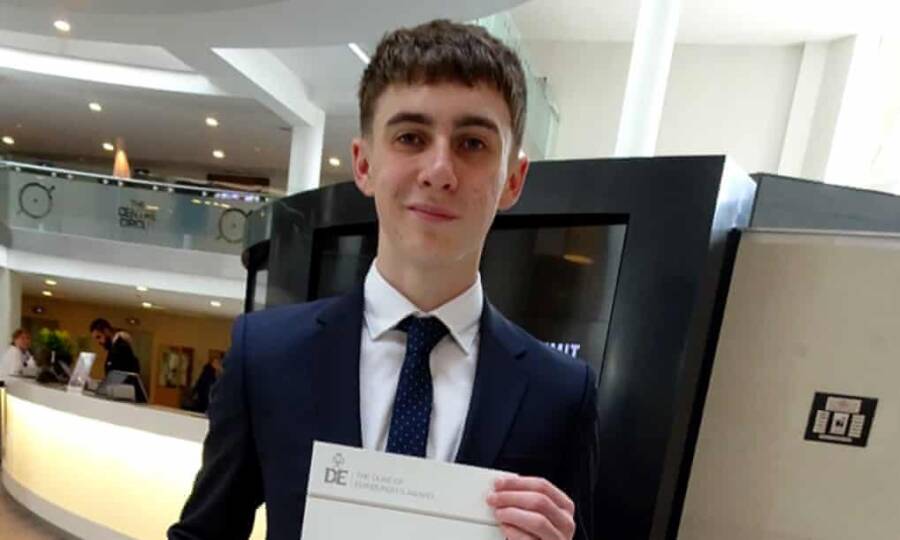 HandoutFlavill was supposed to receive the Gold Duke of Edinburgh award from Buckingham Palace in May 2020.

Naturally, his family has been confounded as to how they should explain their physical absence — and COVID-19 as a whole. According to Smith, Flavill has been told about the pandemic, but his parents have yet to convey just how expansive and historic it truly is.

“We try to keep it as simple as possible,” said Smith. “We don’t really have the time to go into the pandemic hugely — it just doesn’t feel real does it? When he can actually have the face-to-face contact, that will be the opportunity to actually try to explain to him what has happened.”

It’s likely that medical staff at either Leicester General or the Adderley Green care center have told Flavill a little bit about what’s going on. A physician may have explained why he’s had so few visitors — or perhaps even told him that he caught a new virus while he was comatose.

As it stands, Flavill’s family is merely trying to support the teenager as safely as they can during these strange times. 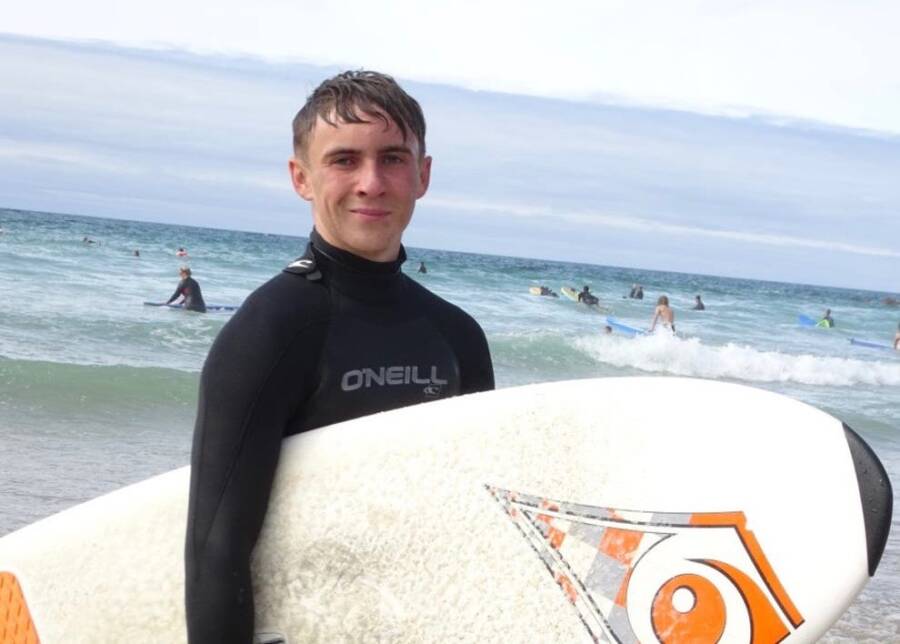 Flavill’s concerned mother has only spoken with her son “through the power of Zoom,” save for one face-to-face visit on his 19th birthday in December. As instructed by the hospital, she had to “stay two meters distance in full PPE (personal protective equipment).”

In the meantime, his family has managed to raise over £25,000 for their “Joseph’s Journey” GoFundMe campaign. Participants have been overcome with empathy and a desire to help the normally active young man.

Fortunately, it seems like he’s on track to recover and rejoin the world.

After learning about the teenager who woke up from a 10-month coma with no knowledge of the COVID-19 pandemic, read about art thieves stealing three paintings valued at $12 million during COVID-19 shutdowns. Then, learn about the 1918 Spanish Flu pandemic that left 50 million people dead.