After walking 600 miles to Canada in 1830, Josiah Henson returned to the United States to free over 100 more slaves. 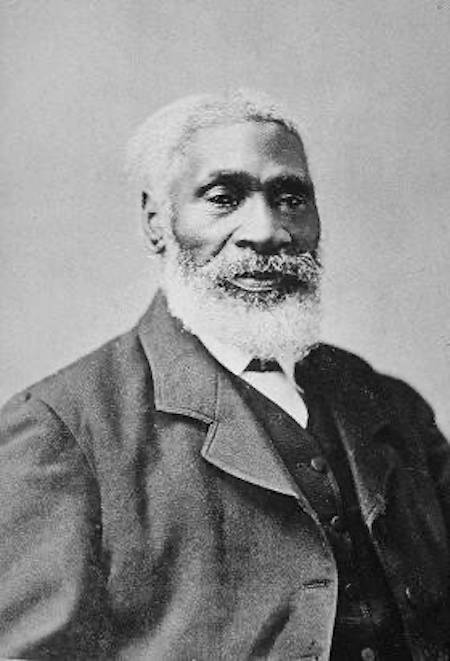 In June 1862, during the dark days of the Civil War, President Abraham Lincoln checked out The Key to Uncle Tom’s Cabin from the Library of Congress.

Published a decade earlier, Uncle Tom’s Cabin was a runaway bestseller by Harriet Beecher Stowe that pushed scores of Americans to rethink their attitudes toward slavery. Its “key” contained the memoirs and documents Stowe used to write her book.

There, Stowe explained that she based the main character of Uncle Tom on the true story of Josiah Henson, a man born into slavery who escaped to Canada.

During the 43 days that Lincoln had Beecher’s Key in his hands, he worked on a significant piece of legislation: the Emancipation Proclamation, which freed slaves in the southern United States.

So, who was Josiah Henson, the real-life Uncle Tom that inspired Harriet Beecher Stowe – and Abraham Lincoln?

Josiah Henson Was Born Into Slavery 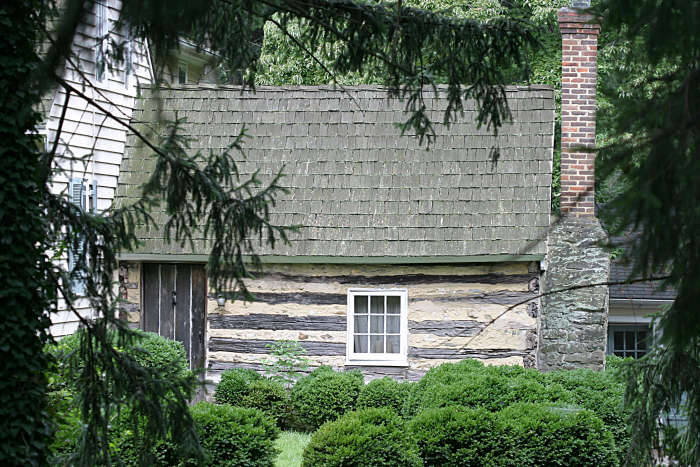 Wikimedia CommonsJosiah Henson lived in a small cabin in Bethesda, Maryland, before escaping to freedom.

Josiah Henson’s incredible story began on June 15, 1789, in Charles County, Maryland. Henson’s parents were owned by two different white families. In his autobiography, Life of Josiah Henson: Formerly a Slave, Henson recalled how his earliest memories were ones of violence.

In particular, Henson remembered when an overseer tried to rape his mother, and his father attacked the man. For the crime of beating a white man, Henson’s father lost one ear, sliced off close to his head, and received 100 lashes. Then, he was sold to a different family, and Henson never saw him again.

Slavery would continue to chip away at Henson’s family. When his mother’s owner died, he and his five siblings were “put up at auction and sold to the highest bidder, and scattered over various parts of the country.”

When a white man named Isaac Riley bought Henson’s mother, she pleaded with him to also purchase Josiah, her youngest child and who was only five years old at the time. Instead, Riley beat her. “This was one of my earliest observations of men,” Henson wrote. “An experience which has been common to me with thousands of my race.”

Henson was briefly separated from his mother before he was traded to her owner in exchange for a horse-shoeing job.

Josiah Henson grew up on Riley’s plantation outside of Washington, D.C., and though he recalled many beatings at Riley’s “course and vulgar” hands, he also managed to gain Riley’s trust.

Though he could not read or write, it’s speculated that Henson had keen business acumen that wasn’t lost on Riley, and Henson was often dispatched to Washington D.C. to sell Riley’s produce, a job usually reserved for white people.

Riley also came to see Henson as his bodyguard and once even called on him to save him from a fight in a pub. Riley’s opponent clocked Henson over the shoulder blades so hard that it left him permanently disfigured and unable to lift his hands above his head for the rest of his life.

He Made A Perilous Escape To Freedom 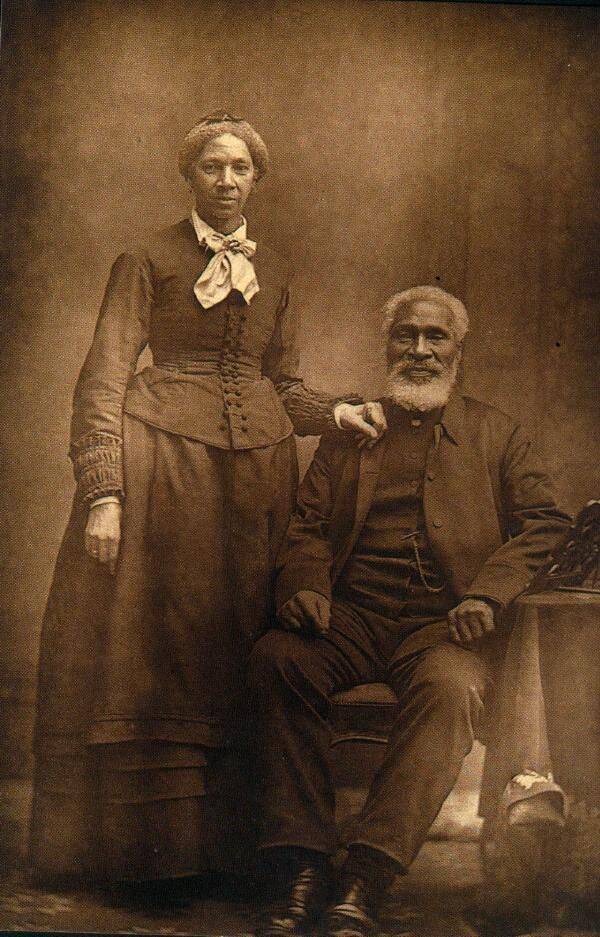 Library of CongressJosiah Henson and his second wife, Nancy.

Josiah Henson found Christianity while toiling on Riley’s plantation and became a preacher. Although he couldn’t read because Riley beat him for trying to learn, Henson memorized verses and built a modest following. A white minister even helped him to raise $350, the equivalent of three years’ wages, in order to buy his freedom.

But Riley refused to let him go. He cheated Henson out of the money, and then he declared that he would sell him further south, away from Henson’s wife and children. Riley’s nephew, Amos, was tasked with the sale.

But during the journey, Amos became ill with malaria. His illness was Henson’s saving grace. Henson brought Amos back north, saving both their lives.

Then, in 1830, Henson fled with his wife and four children. They walked 600 miles through the night and slept during the day until they reached Canada. At the Niagara River, a Scottish captain helped the Hensons to cross the border, and once there, Henson vowed to “use my freedom well.” He certainly would.

In the late 1830s, Henson and other abolitionists purchased 200 acres of land in Ontario where they established a settlement of free Black people. Its population numbered in the hundreds. 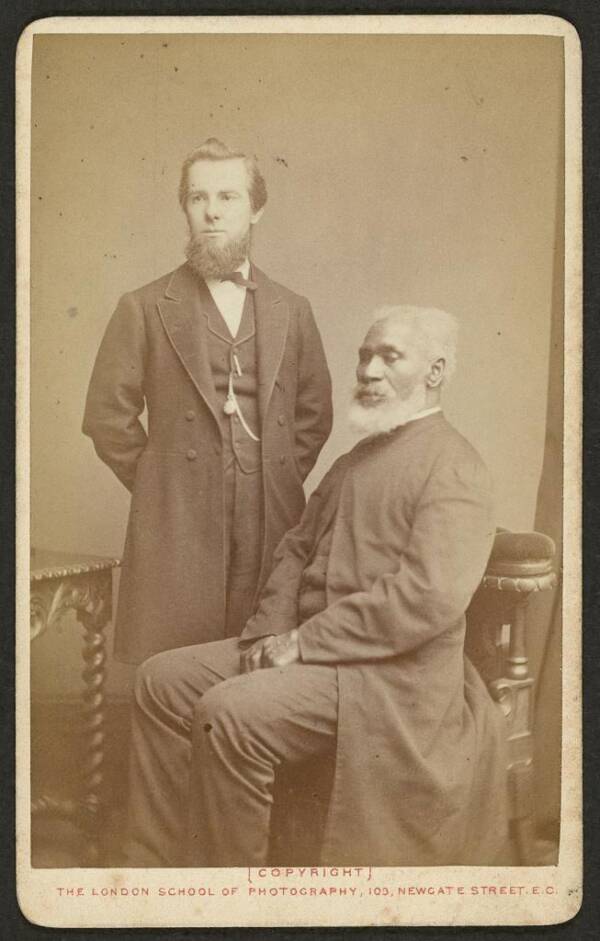 Library of CongressJosiah Henson and the editor of his inspiring autobiography.

The settlement became a stop on the Underground Railroad, and Henson returned to the U.S. multiple times to help bring 118 more slaves to freedom.

Through this work, Josiah Henson connected with a network of abolitionists. One of those men was Samuel Atkins Eliot, the former mayor of Boston who later became a congressman.

Eliot encouraged Henson to tell his life story, and Henson agreed. He dictated his story to Eliot, and in 1849, Henson published The Life of Josiah Henson, Formerly a Slave, Now an Inhabitant of Canada, as Narrated by Himself.

The book was a hit among abolitionists.

Harriet Beecher Stowe was among the enthusiastic readers, and in 1849, the two met.

“She was deeply interested in the story of my life and misfortunes,” Henson recalled. “She said she was glad it had been published, and hoped it would be of great service, and would open the eyes of the people to the enormity of the crime of holding men in bondage.”

During their meeting, Henson narrated his life to Stowe. She asked questions about the slaveowners he’d known, the conditions of slaves, and what Henson had witnessed before his flight to freedom. 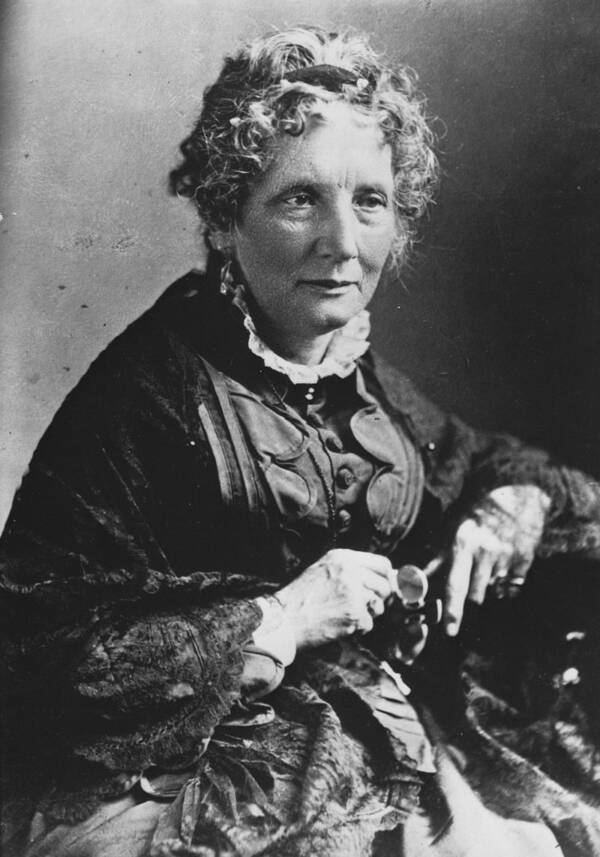 National Archives and Records AdministrationHarriett Beecher Stowe read dozens of memoirs and books that criticized slavery, including the memoir of Josiah Henson, while writing her famous novel.

In the novel, several of the Black characters escape to freedom, but Uncle Tom dies at the hands of a vicious slave owner when he refuses to turn on two enslaved women he helped escape. Tom’s death inspires the slave owner’s son to free his slaves in remembrance of Tom’s selfless act.

The book quickly became a best-seller. “When this novel of Mrs. Stowe came out, it shook the foundations of this world,” wrote Henson. “It shook the Americans out of their shoes and of their shirts. It left some of them on the sandbar barefooted and scratching their heads, so they came to the conclusion that the whole thing was a fabrication.”

Uncle Tom’s Cabin sold 300,000 copies in its first year, and Republicans bought copies to hand out during the 1860 election to encourage abolitionists to vote for Lincoln. Indeed, as Republican Senator Charles Sumner noted, “Had there been no Uncle Tom’s Cabin, there would have been no Lincoln in the White House.”

At the time of his election, Lincoln was not an abolitionist himself. He proposed containment but not the abolition of slavery, yet his election was so threatening to Southern states that several seceded following his victory in 1860.

In 1862, when Lincoln invited Stowe to the White House, he reportedly told her, “So you’re the little woman who wrote the book that started this great war.”

Should Henson Get Some Credit For ‘Uncle Tom’s Cabin’? 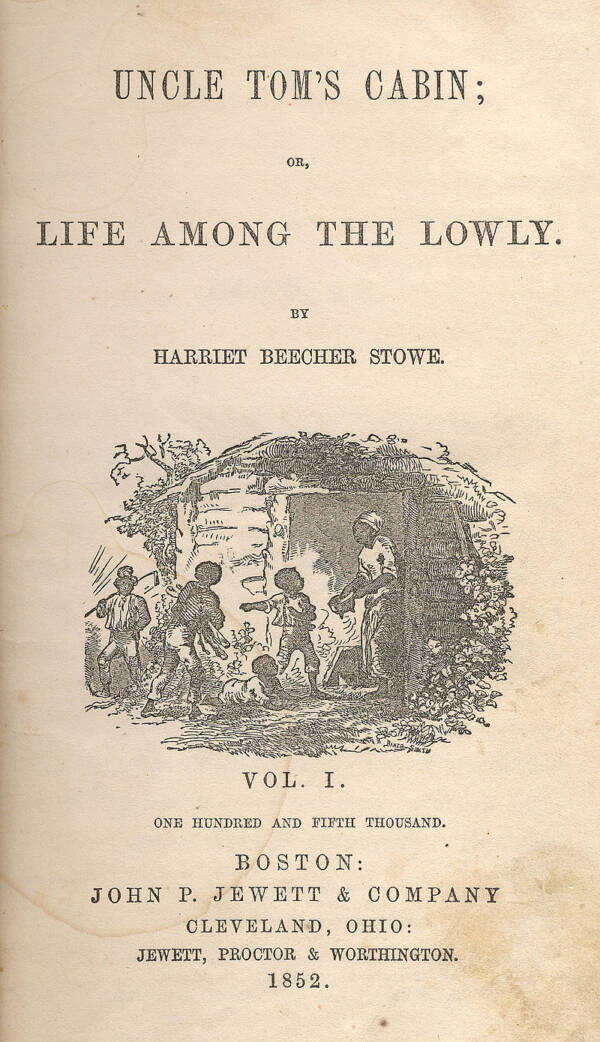 Wikimedia CommonsThe title page from the first edition of Uncle Tom’s Cabin, which became one of the best-selling books of the 19th century.

In 1853, Stowe clearly acknowledged how “the published memoirs of the venerable Josiah Henson” supplemented her character of Uncle Tom. Stowe published the explanation in The Key to Uncle Tom’s Cabin, in which she also revealed to her readers how she researched her novel and how the horrors of slavery therein weren’t fictionalized as many had come to believe.

The similarities between Uncle Tom and Henson are, in some ways, fairly obvious. For instance, in Uncle Tom’s Cabin as in Henson’s real life, faith played a central role.

Both men used their religion to explain risking their lives. The Black physician Martin Robinson Delany wrote to Frederick Douglass, “It is now certain, that the Rev. Josiah Henson, of Dawn, Canada West, is the real Uncle Tom, the Christian hero, in Mrs. Stowe’s far-famed book of ‘Uncle Tom’s Cabin.'”

Delany mused that Henson deserved more than a short mention in Stowe’s Key. “Would it be expecting too much to suggest, that they – the publishers – present Father Henson… but a portion of the profits?” 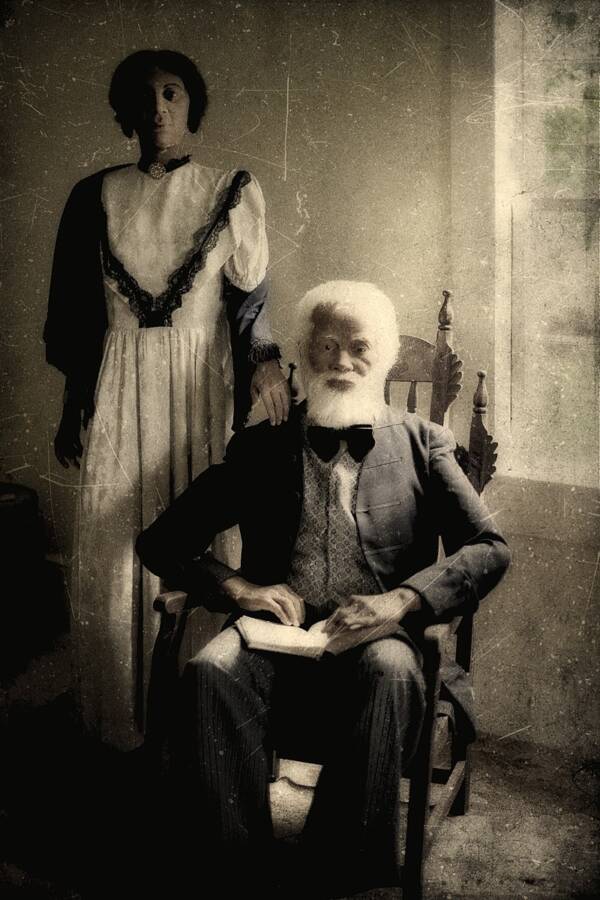 Wikimedia CommonsJosiah Henson made dozens of trips back to the U.S. to help enslaved people escape.

Although perhaps not as famous as Stowe, Henson nevertheless became known for his efforts to help free slaves in his time. He used his funds to buy enslaved people’s freedom, and he hired Black refugees in Canada to work for him. He even met Queen Victoria at Windsor Castle and received an invitation from President Rutherford B. Hayes to the White House.

His legacy went all the way up to the minds of the presidents. When writing the Emancipation Proclamation, Lincoln turned to Stowe’s Key, an encyclopedic recounting of the horrors of slavery.

Henson died in 1883 at 93. He famously said, “I have been called ‘Uncle Tom,’ and I feel proud of the title. If my humble words in any way inspired that gifted lady to write… I have not lived in vain; for I believe that her book was the beginning of the glorious end.”

After learning about Josiah Henson, read about the Pearl Incident, the largest attempted escape of slaves in American history. Then, learn about these Black American heroes.