As a double agent for the British, Juan Pujol García used his espionage skills to help orchestrate the Nazis' downfall on D-Day. 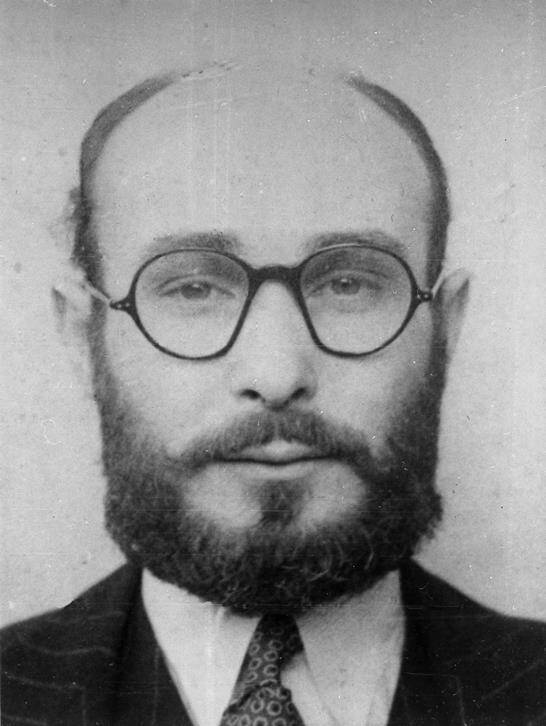 Although his story is often omitted from the history books, Juan Pujol García (codename: Agent GARBO) was arguably one of the most important spies in World War II. His work as a double agent for the Allies helped unlock their success in Western Europe — and ultimately helped turn the tide of the war.

Agent GARBO, nicknamed for an acting prowess that rivaled the talents of the famous actress Greta Garbo, spent two years pretending to be a pro-Nazi fanatic, building trust while feeding bogus intel to the German military. The false information he supplied eventually aided the Allies on the shores of Normandy, a victory that eventually spelled the end of the war and the end of the Reich. 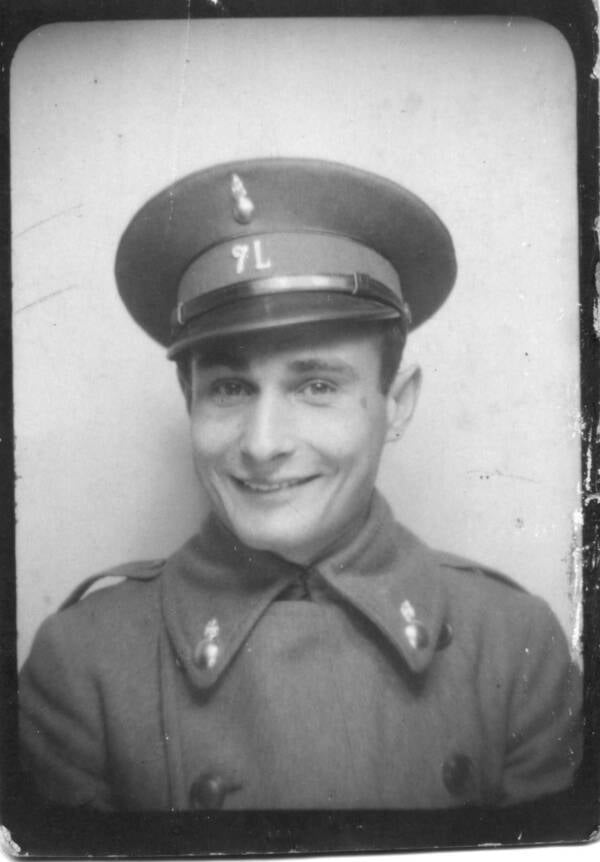 Wikimedia CommonsPujol as a conscript in the Spanish Army in 1931.

As with any spy-turned-double-agent, not much is known about García’s early life. He was born in 1912 and grew up in Barcelona in a relatively wealthy family, working odd jobs through his early adulthood.

Although he grew up as a bit of a misfit, the path of García’s life pivoted during the Spanish Civil War. While managing a small poultry farm in 1936, he was drafted to serve for six months. The war raged between fascist Republicans and far-left Communist nationalists.

Both sides mistreated him. The fascist Republicans took García’s family hostage and charged them as counter-revolutionaries. The far-left, meanwhile, imprisoned him when he spoke out against their authoritarian tendencies. Feeling loyal to neither, García allegedly refused to fire a single bullet for either side.

When the war ended with the rise of Adolf Hitler in Germany in 1939, García was left with a bitter disdain for both fascism and communism — and, by extension, Nazi Germany and Soviet Russia. Feeling firmly alienated by what he had experienced, García opened up a one-star motel in Madrid and remained disgusted by what he saw in his country.

When World War II started, García came to the conclusion that he had to “contribute to the good of humanity” — and approached the British with an offer he thought they wouldn’t refuse. 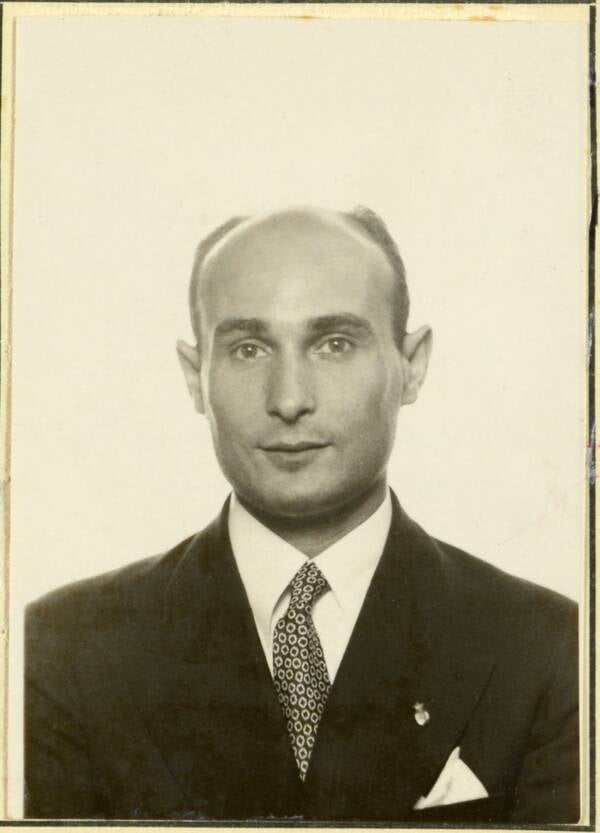 At the war’s onset, García decided that he wanted to spy for the British, viewing them as a bastion of the values that he believed in. Each time of the three times he approached them, however, he was turned down. Offering no experience or connections, the British simply could not see what a motel owner and former poultry farmer could do for them in terms of espionage.

Frustrated, García decided to approach the Germans first with the intention of becoming a double agent. After cultivating connections, he eventually succeeded in creating an identity as a fanatical, pro-Nazi government official from Lisbon, Portugal. This identity, he claimed, allowed him to travel to London on official business — and the Germans were sold.

He then used a patchwork of British resources to legitimize his intel. Ranging from tourist guides to newsreels and movies, he concocted a series of fake stories and fictitious agents that he then fed to his German handlers. This turned out to be a masterstroke for two reasons.

Firstly, García’s reports were so believable that the British intelligence who intercepted his messages began investigating his fake persona. In addition, on his end, if the Nazis discovered any false information he passed along, he simply needed to blame one of his fake agents.

After two years of discreet action, the British finally became aware of García’s misinformation campaign in 1942. Impressed, they accepted him as a double agent with MI5, the British intelligence agency. In that role, García fed “a mixture of complete fiction, genuine information of little military value, and valuable military intelligence artificially delayed” in order to deceive his German superiors. 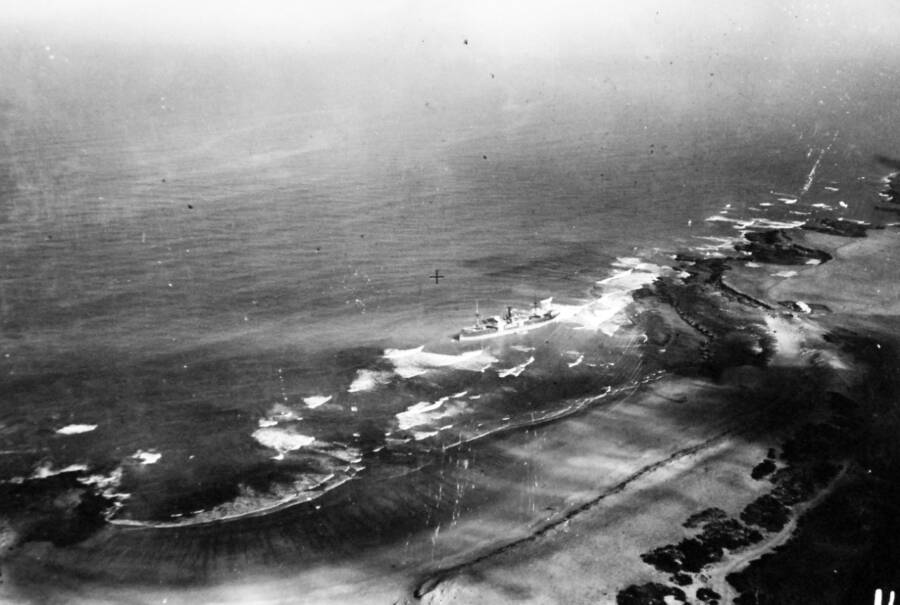 Agent GARBO proved his worth to the British during Operation TORCH, the British campaign for North Africa. García reported the truth to his Nazi superiors: that a convoy of British warships, painted in Mediterranean camouflage, were headed toward strategic ports across North Africa.

However, his messages at the time were delivered by a pilot in the Royal Dutch Airlines and were thus constrained by shipping schedules. By strategically timing the delivery of information, his intel arrived too late to help the German Navy. Nevertheless, when the message did come, its contents were exactly correct. In reply, his Nazi handlers wrote: “We are sorry they arrived too late but your last reports were magnificent.”

In the meantime, García had to be constantly creative in order to maintain his labyrinth of fake undercover agents. On one occasion, when he failed to report major (and obvious) fleet movements from the Liverpool port, he claimed that his agent fell ill beforehand. To support the story, he even faked the agent’s death and placed an obituary in a local newspaper for cover.

Such tactful moves earned him the trust of the Nazi High Command, which then opted to begin radio transmissions with him rather than sending messages by plane. As such, they sent him their most up-to-date ciphers — which García promptly turned over to the British to help in their code-breaking efforts.

With covert moves like these, Juan Pujol García had established a prime espionage position by 1944. At that point, his work was unquestioned by the Nazis — a position of trust that would serve him well in his greatest feat, an undeniable role in D-Day. 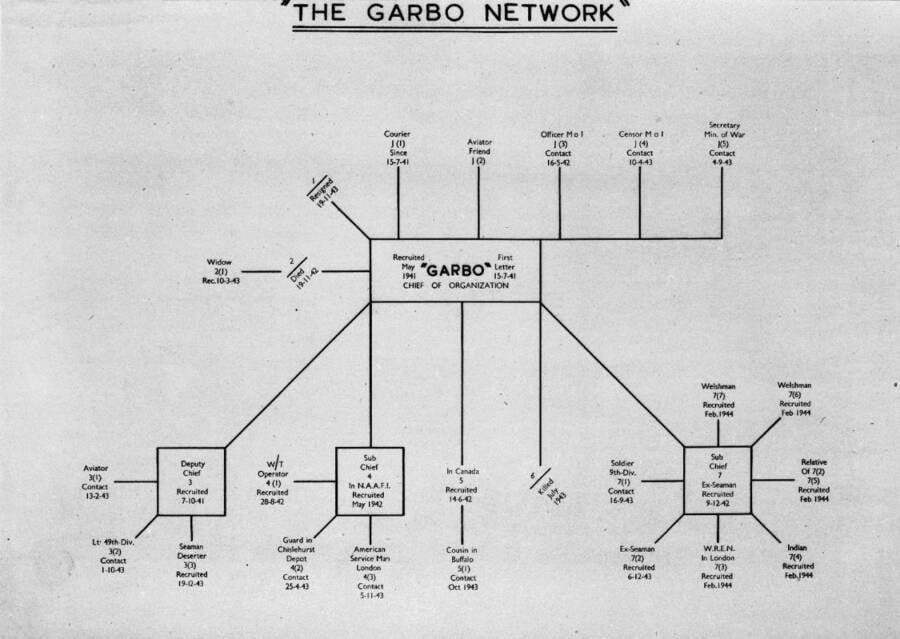 By 1944, British and American forces were planning a long-awaited land invasion of western Europe on the French shores of Normandy. This invasion, codenamed Operation Overlord, is better known today as D-Day.

Operation Overlord was also complemented by its sister mission, Operation Fortitude, which was tasked with convincing the German High Command that the Allied invasion was planned for Pas de Calais in France.

Pas de Calais is the point of France that is geographically closest to England. Hitler himself believed that Pas de Calais was the most logical entry point for an invasion from the British. As such, German personnel fortified those beaches far more than those at the actual invasion point of Normandy.

Through Operation Fortitude, the Allies hoped to confirm the German’s suspicions by deploying fake airfields, armies of inflatable tanks, and decoy ships across Southeastern England. These decoys, scanned by German air reconnaissance, did their job. Beyond physical deceptions, however, the Allies also channeled fake information — which was where Juan Pujol García came into play. 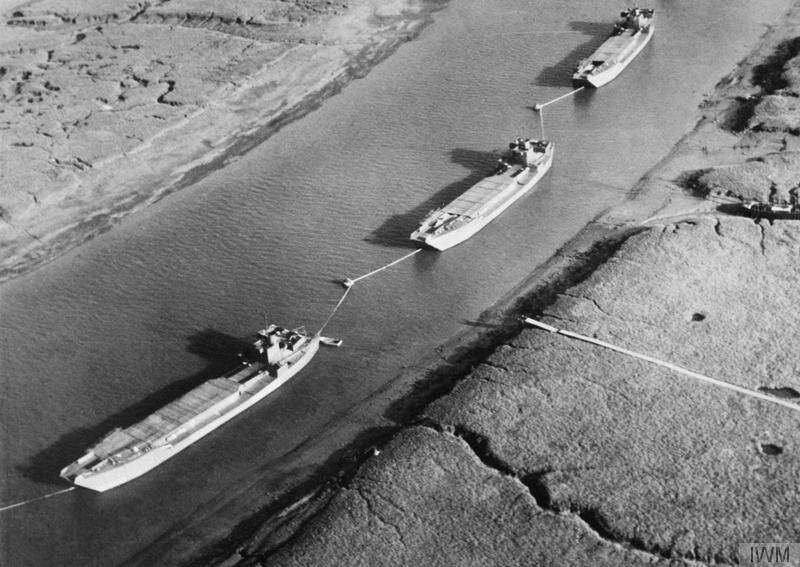 Throughout this period, García continued his existing strategy of sending strategically correct, but precisely delayed information. In his most dramatic act as double agent, at 3:00 a.m. on D-Day, he sent an urgent correspondence regarding the Normandy invasion… only to be met with radio silence.

The next day, the radio operators woke up and realized the full significance of his message. However, they were entirely too late — the invasion had already begun in Normandy. When the Germans confirmed the receipt of García’s message, García responded only with: “I cannot accept excuses or negligence. Were it not for my ideals I would abandon the work.”

Three days after the invasion, Hitler ordered the bulk of Germany’s deadly and battle-hardened Panzer divisions to move to defend Normandy. This would have been disastrous for the Allied forces, who were struggling to establish a beachhead. The tanks were already on the road when Juan Pujol García intervened with an urgent memo. In it, he managed to convince German High Command that the attack at Normandy was merely a diversion. The true invasion, he claimed, would still go through Pas de Calais.

The forces turned around and stayed. Through July and August, two armored divisions and 19 infantry divisions remained in Pas de Calais preparing for an invasion that would never come.

A post-war examination of German records found that, during this time, García supplied no fewer than 62 reports in the German High Command’s intelligence summaries. The Germans also paid him a total of $1 million (by today’s standards) to support his network of 27 fictitious agents. 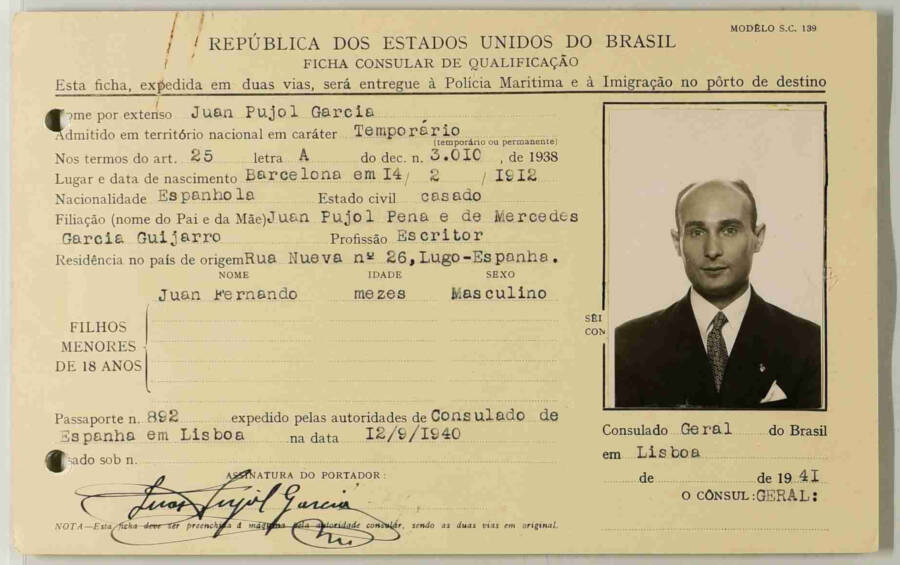 García’s work likely saved thousands of lives. Indeed, the Official History of British Intelligence in World War II comments that the “intervention [of the Panzer divisions] in the Normandy battle really might have tipped the balance [of the war]”.

Ironically, D-Day only further burnished García’s reputation with the Reich. Nazi High Command never caught wind of his deception and, shortly afterward, Hitler himself awarded García an Iron Cross for his service. While still working for the British, García expressed his “humble thanks” for an honor of which he deemed himself “truly unworthy.”

Beyond his Iron Cross, the British also deemed García a Member of the Order of the British Empire, officially making him the only man in World War II to receive high honors from both sides.

British intelligence moved him to Caracas, allowing him to live anonymously in Venezuela with his family where he died in 1988 while writing his memoir.

If this post interested you, be sure to check out the story of the Doolittle Raid and that of James Armistead Lafayette, a slave-turned-double-agent who helped win the American Revolution.