The boy is probably the first to touch the tooth in thousands of years, according to a local paleontology museum collection manager. 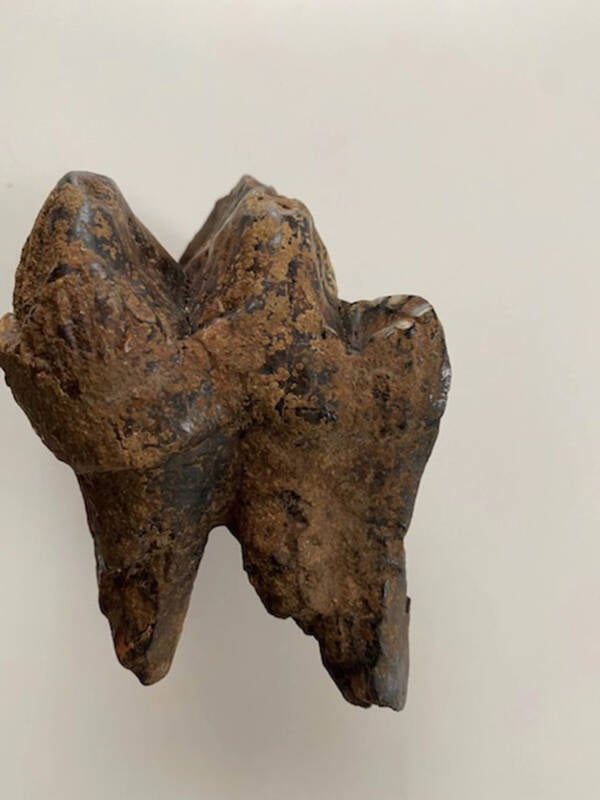 While hiking with his family through the Dinosaur Hill Nature Preserve in Rochester Hills on Labor Day, six-year-old Julian Gagnon found a priceless souvenir. Feeling something underfoot while wading through a creek, the boy reached down and plucked a 12,000-year-old fossilized molar of a juvenile mastodon out of the mud.

Initially, Julian’s father Brian Gagnon dismissed the discovery as one more thing they’d have to lug home, encouraging his son to throw it back into the creek. Luckily, the boy’s mom Mary thought otherwise.

Given the name of the park it was found in, the family thought that maybe they had a dinosaur tooth on their hands. The reality of the specimen ended up being much more exciting. 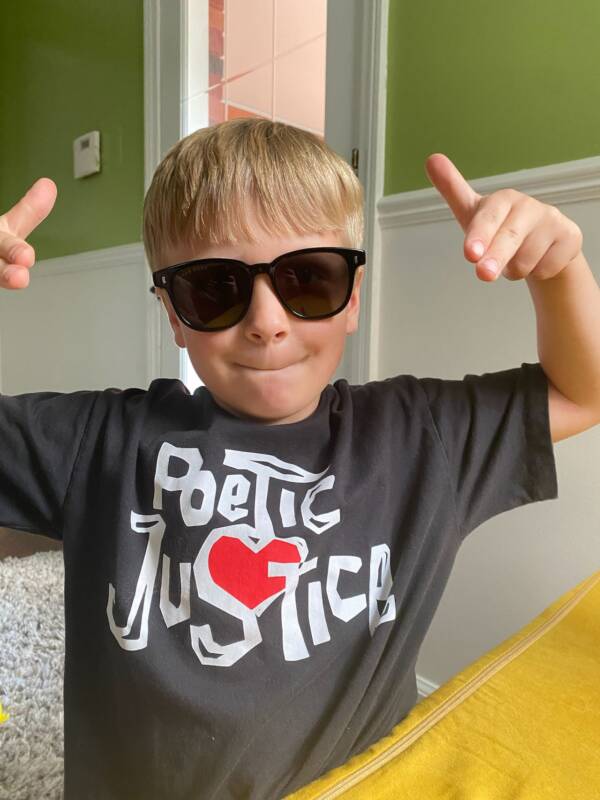 Once the family returned home they did a little research on the “dragon’s tooth” and saw that it bore a striking resemblance to a mastodon tooth. After they reached out to the University of Michigan Museum of Paleontology, it was confirmed that they did indeed have something very special on their hands, but not quite as rare as one would imagine.

“Mammoth and mastodon fossils are relatively rare in Michigan, but compared to other places in the United States, there actually have been more occurrences,” said Adam Rountrey, the paleontology museum’s research museum collection manager.

Often considered the state’s fossil, the mastodon is featured in a popular exhibit in the museum. However, their prevalence doesn’t mean that undiscovered relics aren’t highly sought after.

Although not valuable monetarily, at least not to the level that Julian had hoped, a find such as this one is priceless when it comes to studying extinctions.

“At first I thought I was going to get money,” Julian told ABC 30. “I was gonna get a million dollars. So embarrassing right now.” 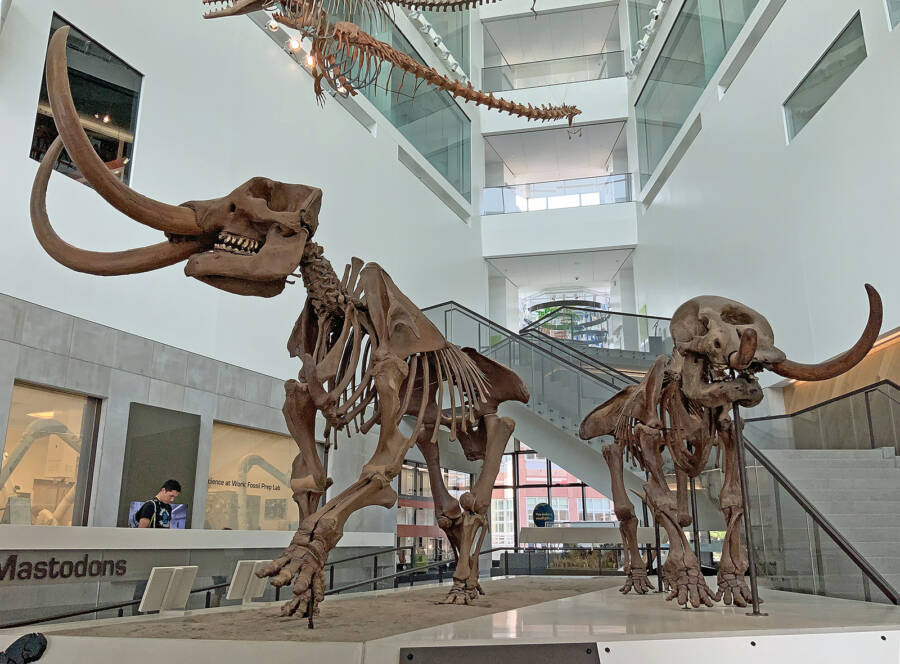 Wikimedia CommonsMastodons went extinct between 13,000 and 10,000 years ago.

“These things are so valuable in the long term for research about how the animals lived,” said Rountrey. He adds that Julian is likely the very first one to touch this prehistoric tooth in 12,000 years — when the elephant-like species went extinct.

Rountrey pointed at the “tall bumps” on the crown that formed “little sort of mountains on the tooth,” which undeniably indicated the tooth belonged to a mastodon. Julian was beside himself with glee upon hearing the news and suggested the preserve be renamed Mastodon Hill.

“The great thing about nature is you never know what you’re going to find, and that even if you are an expert, it doesn’t mean that you’re going to be the one to find things,” Amanda Felk, the program director with Dinosaur Hill Nature Preserve, said.

The tooth itself was identified as the upper right molar of a juvenile mastodon.

“Its crown is about the size of my fist, so maybe between baseball and softball size,” he said. “There aren’t really too many options for what animal that could come from in Michigan. We had mammoths and mastodons here at the same time, but mammoth teeth are very distinctive and different.”

While Julian’s find was fortuitous, Rountrey explained that many paleontologists stumble upon their finds as well.

“I’m a little jealous, personally, because finding fossils is something that I wish I could do every day,” said Abby Drake, a docent at the University of Michigan’s Museum of Natural History. “It’s hard to be preserved as a fossil. When an animal dies, most of the time it is scavenged.” 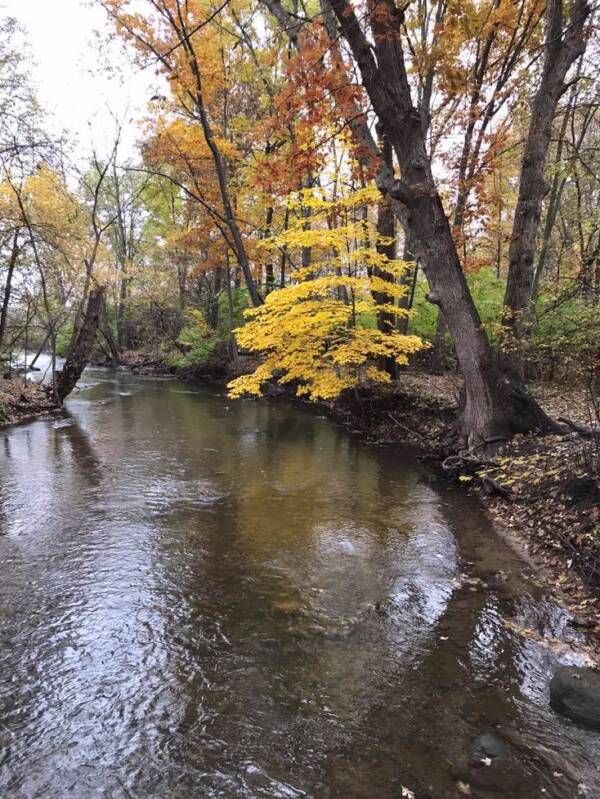 In exchange for a behind-the-scenes tour, Julian agreed to donate the tooth to the University of Michigan Museum of Paleontology.

“He was also very, very specifically concerned that he wanted to make sure he was credited as the discoverer of the mastodon tooth,” said Mary Gagnon. “That was very important to him that I relate that to the paleontologists. This has only fueled his passion for archaeology and paleontology.”

“As far as he’s concerned, this is his first discovery of his career, and now it’s hard to dissuade him from picking anything up that he sees in the natural world,” Mary adds.

“I really wanted to be an archaeologist, but I think that was a sign that I’m going to be a paleontologist,” said Julian.

While officials at the preserve urge visitors not to stray from established trails, the mastodon tooth has brought nothing but good press. The museum had hoped to uncover more discoveries like it, but so far, none have emerged from the area.

After reading about the mastodon tooth found in Michigan, learn about the 12-year-old Canadian boy who found a 69-million-year-old dinosaur fossil. Then, read about the 34,000-year-old mastodon jaw found on an Iowa farm.