She was the first American woman to spacewalk in 1984. Now, Kathryn Sullivan has made history again. 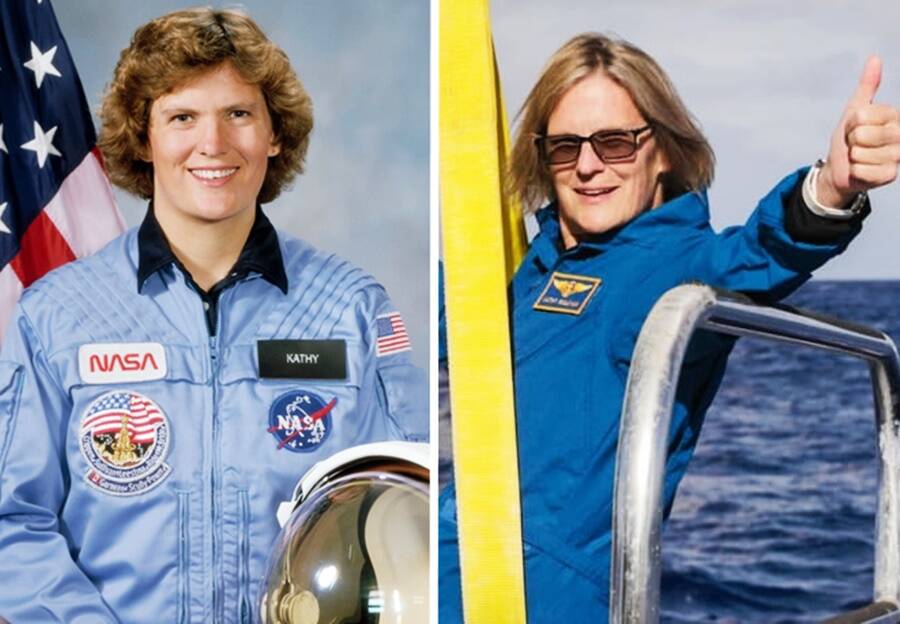 Wikimedia Commons/EYOS ExpeditionsKathryn Sullivan is one of only eight people to reach the Challenger Deep.

On June 7, 2020, former NASA astronaut Kathryn Sullivan became the first woman to plunge 35,853 feet into the deepest known spot in the ocean.

Sullivan had already made history as the first American woman to walk in space in 1984. But her underwater expedition to the Challenger Deep, which is seven miles down and 200 miles off the coast of Guam, has now made her the only person ever to have gone into both space and the deepest part of the sea.

“As a hybrid oceanographer and astronaut this was an extraordinary day, a once in a lifetime day,” Sullivan mused. 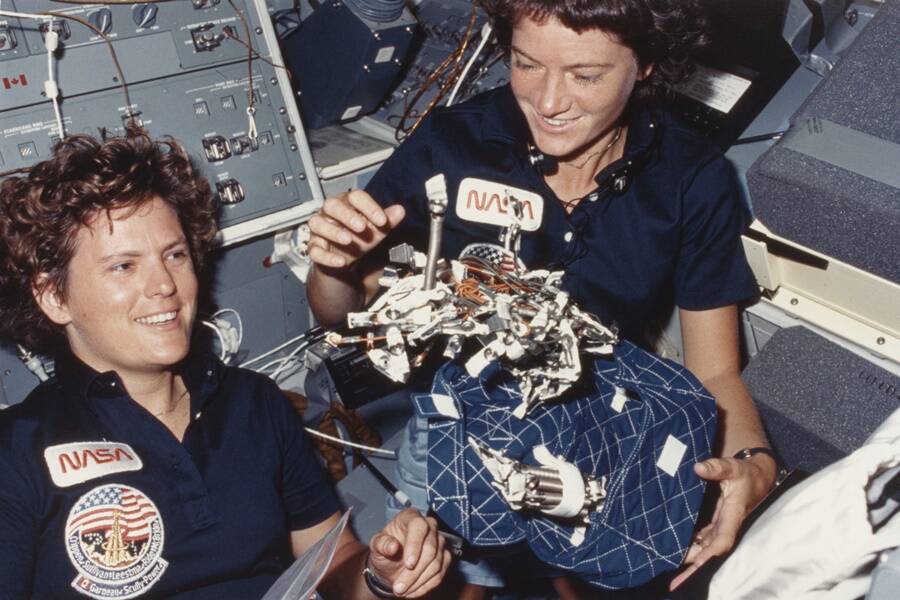 Getty ImagesKathryn Sullivan (left) and astronaut Sally Ride on the Challenger space shuttle during their 1984 mission.

Kathryn D. Sullivan grew up in Woodland Hills, California, where her early interests lay in something entirely different: language.

“When I was in high school, I believed my path would be best set by learning a lot of languages, and somehow that would turn into a life where people bought me airline tickets to go explore all of these places that I wanted to explore,” she said. Even then, her ambitions were rooted in a desire for adventure.

Later, she enrolled at the University of California in Santa Cruz where her pursuit in linguistics took a turn when she was academically required to take science classes. The now-accomplished scientist recalled herself not being too happy about this.

“I thought it was a terrible idea,” she said, but “I lost all the arguments.” She begrudgingly took up earth science and oceanography. From here, her life completely changed paths. 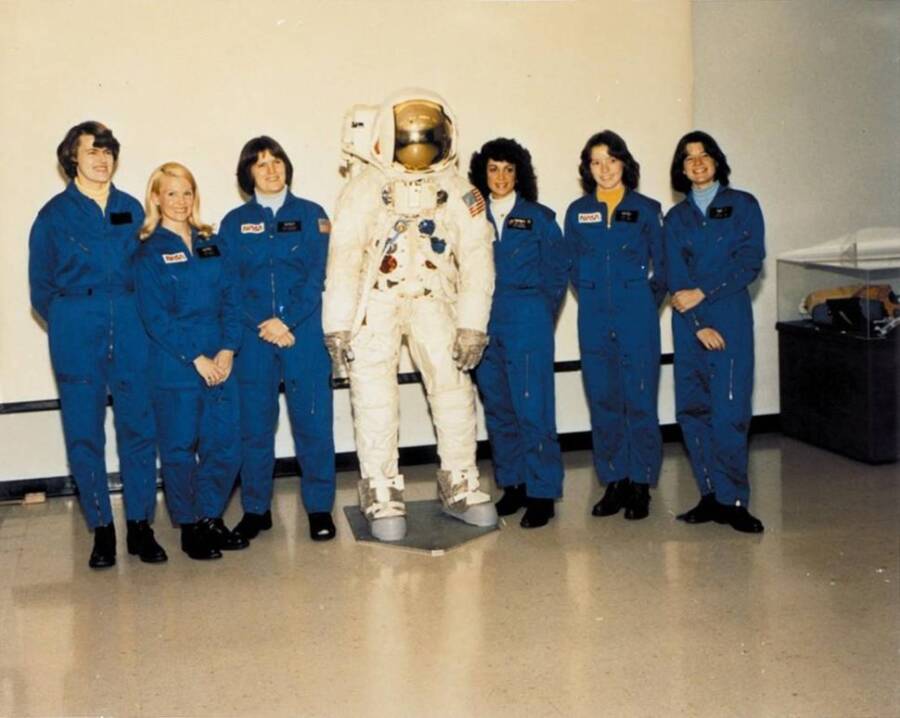 NASAKathryn Sullivan (third from left) with other women astronauts at NASA.

“Suddenly, there was so much history, so many stories of exploration, and then all the knowledge of how the ocean works geologically, the currents and the creatures,” she said. “It all fascinated me.”

Sullivan changed her major to earth sciences at the end of her freshman year. She later earned a Ph.D. in geology at Dalhousie University in Canada. During her doctoral studies, Kathryn Sullivan joined a number of oceanographic expeditions and by the end of her program, she landed a fellowship to continue her exploration in deepsea submersibles.

But then in 1978, NASA put out an open call for recruits to work on the new space shuttle. This was the first time the agency had opened its recruitment to civilian researchers. Kathryn Sullivan jumped at the opportunity and, at 26 years old, landed her first full-time job as an astronaut.

Sullivan And The Challenger Mission 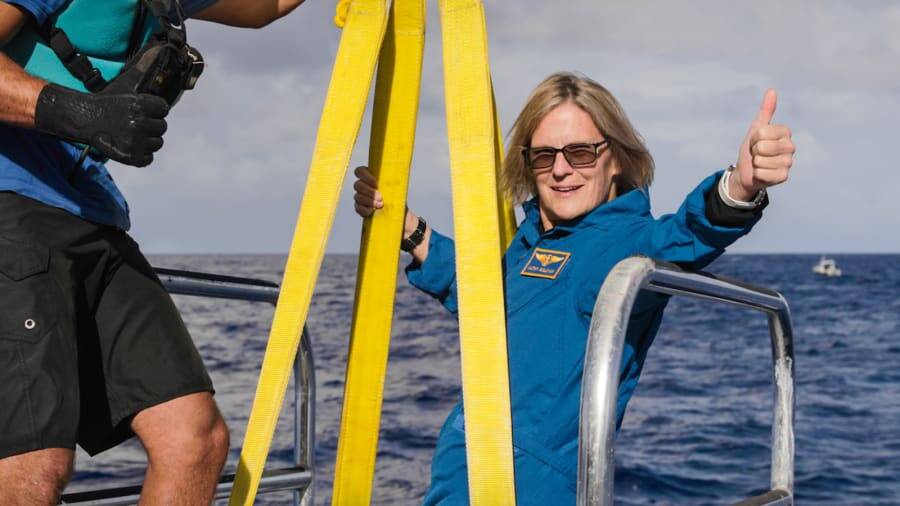 Enrique Alvarez/EYOS ExpeditionsKathryn Sullivan went back to oceanography after her foray into space.

After six years of intensive training and research at NASA, Kathryn Sullivan landed her first space mission alongside fellow astronaut Sally Ride, who had become the first woman to travel into space during a 1983 mission.

Sullivan herself made history on Oct. 11, 1984, when she became the first American woman to perform a spacewalk.

Sullivan said they had been on the space shuttle for eight days when she “snuck outside on the second to last day for several hours.”

In all, Sullivan logged more than 530 hours in space over the span of three missions while at NASA. She was also a part of the mission to deploy the Hubble Space Telescope in 1990.

In 1993, she was nominated by President Clinton to serve as the chief scientist at the National Oceanic and Atmospheric Administration (NOAA), a sister agency to NASA. In 2014, she became NOAA’s deputy administrator, a position that ended in 2017.

But despite her illustrious career at NASA, Sullivan was still restless.

In June 2020, Sullivan returned to the sea with a historic dive in the Challenger Deep. She was selected to be a “mission specialist” by adventure company EYOS Expeditions and undersea technology specialist Caladan Oceanic. Her historic dive was part of the so-called Ring of Fire Expedition which will oversee three separate dives into the Mariana Trench over 10 days.

Sullivan descended in the Limiting Factor, a square-shaped submersible that can carry its own life support. The submersible also features a 90-millimeter-thick titanium sphere to protect explorers from the 2,200 metric tons of pressure at the bottom of the ocean. 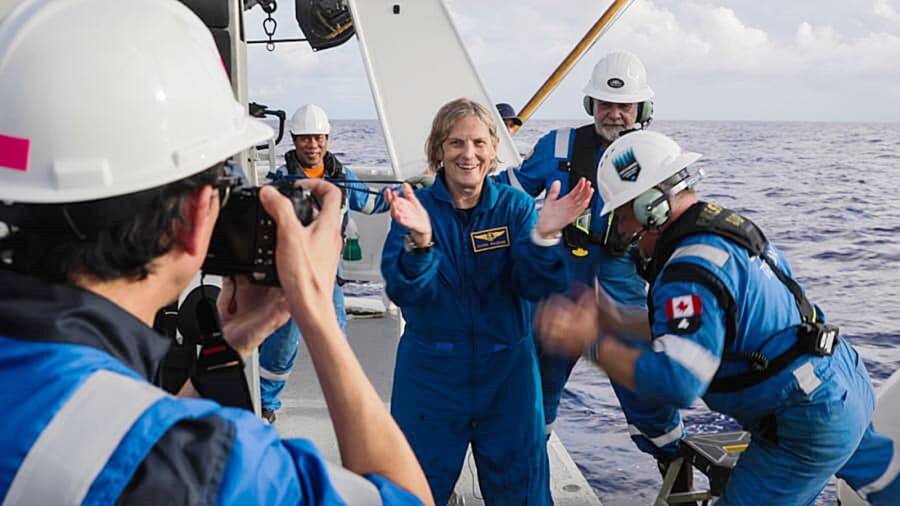 She completed the 14-hour expedition, making her the only human to have reached both space and the Challenger Deep. She was accompanied by Victor L. Vescovo, an explorer funding the mission. In a world-first, EYOS Expeditions also managed to coordinate a call between the International Space Station 254 miles above Earth and the deep-sea submersible.

As she described her five-hour descent, Sullivan couldn’t help but draw comparisons to her experiences in space.

“Two things are really distinctly different in the experience of going out into space or going down into the ocean. One is energy intensity. I mean, you’re basically riding a bomb when you strap onto a rocket and launch off the planet. It’s hugely energetic, loud, noisy, lots of acceleration. But heading underwater into the deep ocean was like ‘a magic elevator ride.'”

Once at their destination, Sullivan spent an hour or so taking photos for the mission. The ascent took about another four hours.

“It’s very, very serene… You’re not in some clumsy spacesuit; you can basically be in street clothes if you wanted to. And it’s this slow, smooth, steady descent.”

Sullivan added, “Exploring is probing things we don’t yet know or understand, and arriving at a deeper, better, wiser, more valuable insight about who we are, where we are, and how to live and thrive and survive.”

After this look at the inimitable Kathryn Sullivan, read about Jacque Piccard, who created a submarine that could reach the deepest part of the ocean — which he proved himself. Then, discover how polluted the deepest point in the ocean actually is.