Go inside the true story of Lana Clarkson's death at the hands of music producer Phil Spector — and the tumultuous trial that ensued.

Known for starring in Barbarian Queen and other B-movies, actress Lana Clarkson once dreamt of making it big in Hollywood. But these dreams came to a tragic halt on February 3, 2003. Then, Lana Clarkson met a brutal death at the hands of Phil Spector, a famed record producer.

Authorities soon found Clarkson, who was just 40 years old at the time, dead of a gunshot wound to the mouth in Spector’s mansion in Alhambra, California. But the 62-year-old Spector was not the one who alerted the cops. Instead, it was Spector’s chauffeur who called 911.

After police arrived, Spector initially said that the gun had gone off “accidentally.” Then, he claimed that Clarkson had died by suicide in his home. But it was soon clear that he wasn’t telling the truth.

This is the tragic story of Lana Clarkson’s murder — and the killer who tried to use his fame and fortune to get away with the crime.

Who Were Lana Clarkson And Phil Spector? 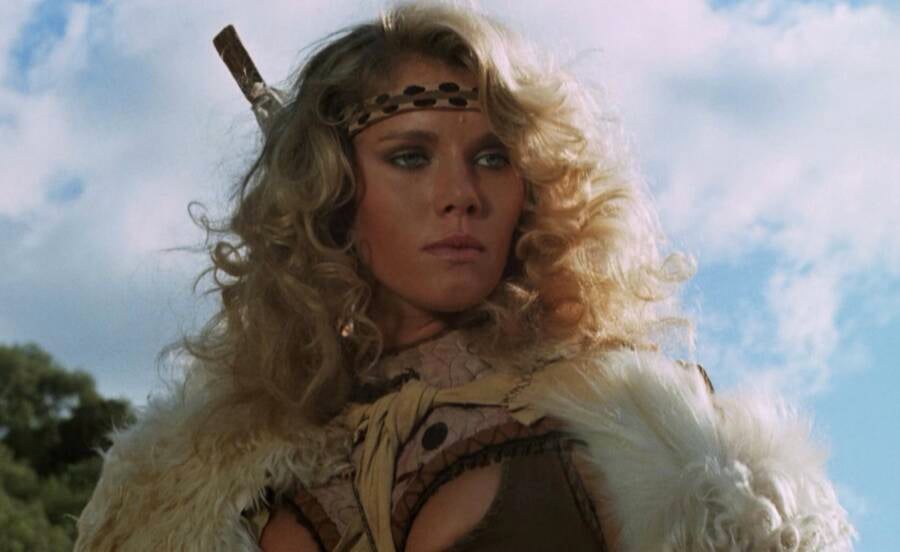 Lana Clarkson was born on April 5, 1962, in Long Beach, California. From an early age, she delighted her family by reciting nursery rhymes from memory and playing dress-up. As she grew up, she became interested in acting.

By the late 1970s, Clarkson had snagged bit parts in TV shows and movies. And in the early 1980s, she made appearances in films like Fast Times at Ridgemont High and Blind Date, according to her website. But her best-known role was Queen Amethea in the 1985 fantasy film Barbarian Queen.

Eventually, however, her acting career began to stall. In the early 2000s, she decided to take her work in a new direction by pursuing stand-up comedy. Unfortunately, she reportedly suffered a bad fall in 2001 and needed to spend several months in recovery due to her painful injuries.

By early 2003, Clarkson had accepted a position at the House of Blues venue on the Sunset Strip in order to make ends meet. It was there that she fatefully crossed paths with her future killer, Phil Spector. 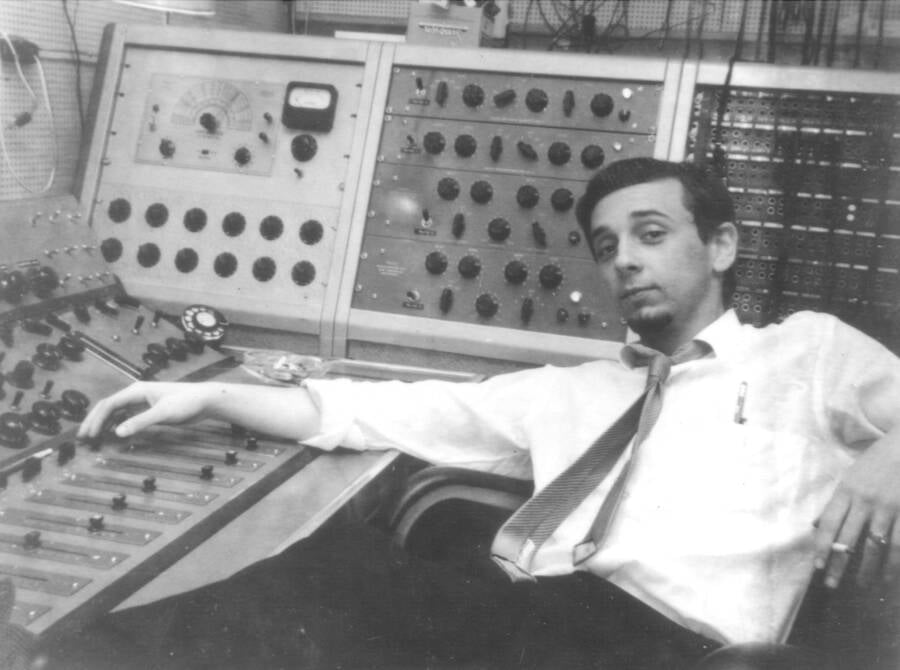 Though Spector’s star had somewhat faded by that point in time, he was still widely remembered as one of the most renowned music producers of the 1960s and 1970s. Perhaps most notably, he had produced The Beatles’ final album Let It Be and John Lennon’s solo album Imagine.

But while Spector was lauded as a genius and a visionary, he was also known to have had a dark side. According to Express, John Lennon himself opened up about Spector’s “issues” in the studio, remarking, “He’s got a tremendous ego. He considers the artist like a film director considers actors, just pieces of garbage… canned goods that you bring on and wheel off.”

When Spector first approached Clarkson at the House of Blues in February 2003, she had no idea who he was. In fact, she initially mistook him for a woman until her bosses explained his real identity and his VIP status at the venue. Management then ordered Clarkson to treat Spector “like gold.”

By the end of Clarkson’s shift, Spector had persuaded her to come home with him for a drink. Tragically, just hours later, she would be dead.

Inside The Brutal Death Of Lana Clarkson

Phil Spector’s chauffeur, a Brazilian student named Adriano de Souza, picked up Spector and Clarkson from the House of Blues that night in a limo. He took them to Spector’s 33-room mansion in Alhambra, California.

Spector and Clarkson went inside the home, and de Souza waited for them outside. But then, about two hours later, de Souza suddenly heard a gunshot. Soon afterward, Spector emerged from the mansion with a gun in his hand and allegedly told de Souza, “I think I killed someone.”

Startled, de Souza watched as Spector retreated back into the home. The chauffeur quickly called Spector’s manager, but he got the answering machine. He then called 911. According to the New York Post, he told the operator, “Hi. It’s a, my name is Adriano. I’m, uh, Phil, Phil Spector driver. I think my boss killed somebody. Please can, can you send the uh, uh, a car.”

Police arrived at the home, where they were greeted with a grisly scene. 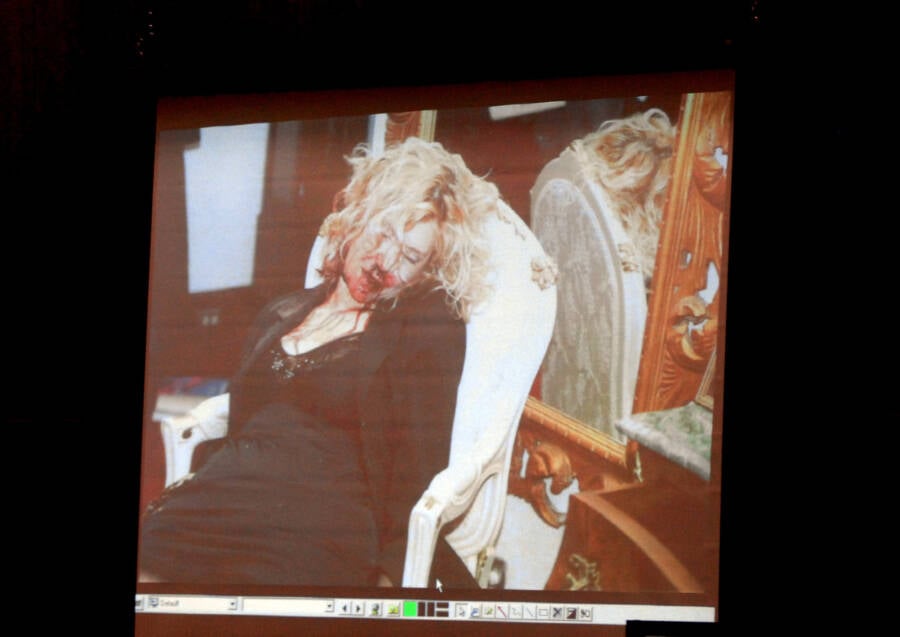 Inside the mansion, authorities quickly discovered Clarkson’s dead body, sprawled on a fake Louis XIV chair, according to The Guardian. The bottom of her mouth had been blown off, blood was spattered all over her face and neck, and there was a 36 Colt gun left underneath her leg.

As police investigated the tragic scene, Spector rambled to the cops, “The gun went off accidentally. She works at the House of Blues. It was a mistake. I don’t understand what the f**k is wrong with you people.”

He continued, “I’m sorry this happened. I don’t know how it happened.”

According to Vanity Fair, it wasn’t until Spector was taken into the Alhambra police station that he began saying that Clarkson had killed herself. And while it was seemingly obvious that Spector’s claims were not true, it would take years before a court finally found him guilty of Clarkson’s murder.

The Murder Trials Of Phil Spector 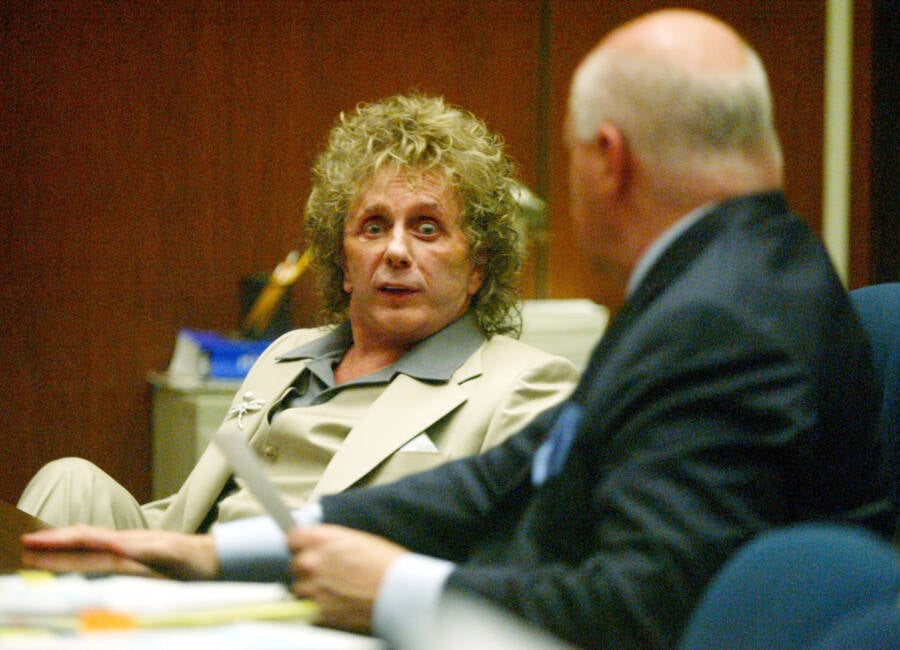 At first, it seemed like Phil Spector wasn’t going to be charged with Lana Clarkson’s death. Despite his initial arrest, he was freed on a $1 million bail, and the “suicide” story soon circulated in the press. But then, in September 2004, Spector was indicted for second-degree murder, according to History.

His first trial, held in 2007, was nothing short of a spectacle. Spector appeared in court with a variety of wild hairstyles and unusual outfits, often accompanied by a team of bodyguards. He also offered a series of headline-grabbing quotes, even telling one reporter, “She kissed the gun.”

In court, Spector’s team tried to paint a picture of Lana Clarkson as a depressed, washed-up actress who had killed herself using Spector’s gun. The defense also claimed that the blood spatters on Spector’s shirt showed that he had been too far away from Clarkson to have shot her.

But prosecutors came back at Spector with a barrage of evidence, including the compelling testimonies of multiple women who said they had frightening experiences with Spector. Ultimately, five women took the stand to claim that Spector had threatened them with a firearm when they tried to leave his home or hotel room.

Yet, somehow, the jurors during Spector’s first trial were deadlocked seven to five. And even after further deliberation, only 10 of the 12 favored convicting him, resulting in a mistrial being declared on September 26, 2007. 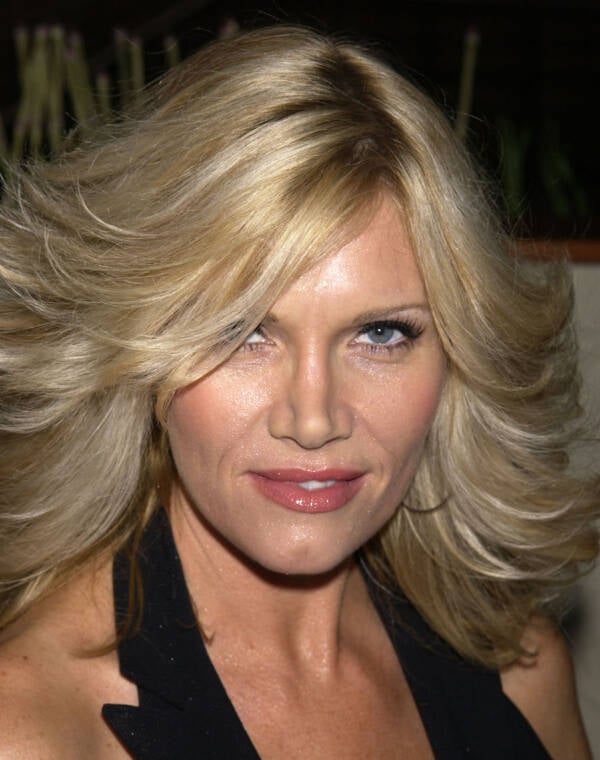 Spector’s second trial, beginning in October 2008 and ending in April 2009, was a notably toned-down affair. Gone was the wild hair and the entourage. He entered court accompanied only by one bodyguard and his new, much younger wife, Rachelle. And he had one lawyer instead of a big legal team.

Without the frivolity of his first trial, Spector’s already shaky argument began to show even more holes. His troubling history of threatening women with guns was brought up once again. And the gruesome pictures of Clarkson slumped in a chair made the “suicide” story seem utterly absurd.

Experts at the trial also explained that suicidal people rarely kill themselves in the spur of the moment — and almost never in a stranger’s home. Furthermore, Clarkson had given no indication that she was suicidal. She had even bought several shoes just days prior, not exactly the kind of purchase someone usually makes if they are planning to kill themselves.

Spector’s lawyer, Doron Weinberg, tried to claim that the prosecution’s case was based on circumstantial evidence and that suicide was still a possibility, according to CNN. But during closing arguments, prosecutor Truc Do insisted that Spector was “a very dangerous man” with “a history of playing Russian roulette with women — six women. Lana just happened to be the sixth.”

Ultimately, the second set of jurors found Spector guilty of second-degree murder. Soon afterward, he was sentenced to 19 years to life in prison. He eventually died while serving his sentence at age 81 on January 16, 2021. The cause of death was reportedly complications from COVID-19.

Today, Spector’s lengthy trials remain controversial, as many feel that he should have faced justice for killing an innocent woman far sooner than he did. “If this were not Phil Spector, with a lot of money to spend, a trial like this would never have gone on for so long,” explained Jean Rosenbluth, a law professor at the University of Southern California. “Cases don’t usually go to trial when there is this much evidence against the defendant.”

After reading the horrific story of Lana Clarkson’s death, go inside the still-mysterious demise of actress Brittany Murphy. Then, learn about more tragic celebrity deaths from recent history.