Miep Gies hid the Frank family for years during the German occupation of the Netherlands and even saved Anne Frank's diary from falling into Nazi hands.

In 1933, Hermine Santruschitz began working for Opekta, a European spice and pectin company that specialized in manufacturing jam.

It was there that she met the man who would become her husband, Jan Gies, and her boss Otto Frank, a businessman who had moved from Germany to the Netherlands to escape from Nazi prosecution. Over the years, Hermine Santruschitz became close with Otto and the rest of the Frank family – particularly his daughter, Anne. 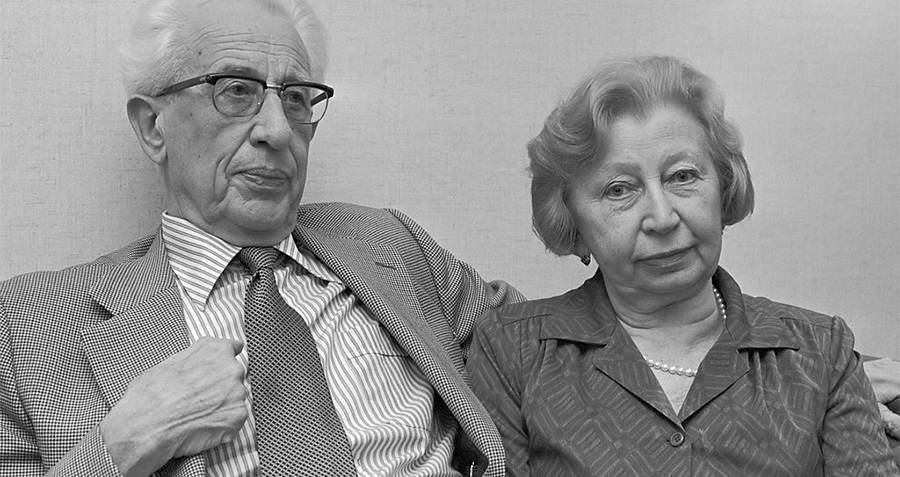 Almost everyone knows of Anne, as her story of living a life in hiding has become one of the world’s most famous books. However, her harrowing story is one that may never have been heard if not for Hermine Santruschitz, who most people know as Miep Gies.

It is thanks to Miep Gies that The Diary of Anne Frank exists today as after the Frank family was found, Gies retrieved the book from the family’s shelter above the Opekta factory. However, Miep Gies’ contribution to her story seemed to have been forgotten.

Though she is known for her assistance in helping others during the Nazi occupation, Gies was on the run herself.

Born on February 15, 1909, in Austria, Hermine Santruschitz was moved to Holland to live with a foster family when she was just 11 years old when Austria was experiencing food shortages after World War 1. Gies was a straight-A student who displayed an enthusiasm for dancing and exploring the town with her friends. She described herself as having a rich social life, and as being a part of many clubs and activities.

However, she began to face difficulty after refusing to join a local Nazi group. The Nazi party had begun to gain traction in Gaaspstraat, where Gies and her foster family lived, and many of Gies’ friends had taken to their beliefs. However, when she was approached, Miep Gies declined to join, a choice that would be devastating for her in the future.

Upon her refusal, the German’s had her passport invalidated and she was ordered to return to her hometown of Vienna within ninety days. At the time, Germany had annexed Austria, which would effectively make Gies a German citizen. 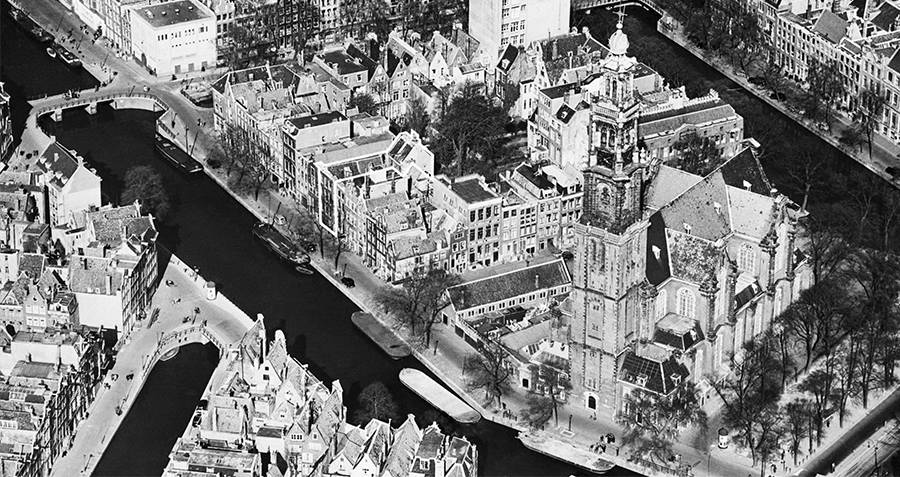 Getty ImagesAerial view of the Opekta offices, which came to be known as the Anne Frank House. The Gies’ apartment was just up the street.

Fearing deportation to a German-controlled area, Gies was forced to marry her fiance – an Amsterdam native – sooner than expected, to gain Dutch citizenship.

Eventually, Miep Gies began working for Opekta, a German-based company with multiple offices in the Netherlands, with Otto Frank becoming her boss. Gies immediately took to her kind boss and began to help assimilate him and his family into Dutch society. Before long, Miep Gies and her husband Jan were regular guests at the Frank home.

After the German invasion of the Netherlands, she along with three other Opekta employees successfully hid the Frank’s and another German family in the spare rooms above the offices.

For two years Gies kept quiet about her stowaways, deciding not even to tell her foster family about what she was doing. Along with the famous Franks, Gies and her husband also hid an anti-Nazi university student in the annex above their apartment, a few blocks from the Opekta offices.

With help from her husband, Geis was able to keep the families safe through extreme measures. She would visit multiple food markets and supply stores a day, never purchasing more than one grocery bag full of things at a time. She would avoid spending an overt amount of money by using stolen food stamps procured by her husband, who was part of the Dutch resistance.

Before long, she had established a relationship with several black-market suppliers who were able to get her goods for the families and had created a sort of routine for them. She had also managed to keep the other, unwitting employees at Opekta away from the secret annex, ensuring the families’ safety.

On August 4, 1944, disaster struck. The Opekta offices were raided and the hidden families were taken away. Gies herself visited several police stations after the families were taken and even offered money in exchange for their release. Tragically, she was unsuccessful.

However, Gies was able to make one lasting contribution to the Franks’ story by ensuring that it lived on through Anne’s diary. Before the authorities could search the annex above the offices where the families had been staying, Miep Gies broke in and took the pages of Anne’s diary.

She saved them through the duration of the war in a desk drawer, never reading them, as she had every intention of returning them to their rightful owner after her release if it came. Gies later remarked that had she read them she would have destroyed them immediately, as they had information in them that could have gotten her, her husband, her accomplices, and her black-market suppliers killed. 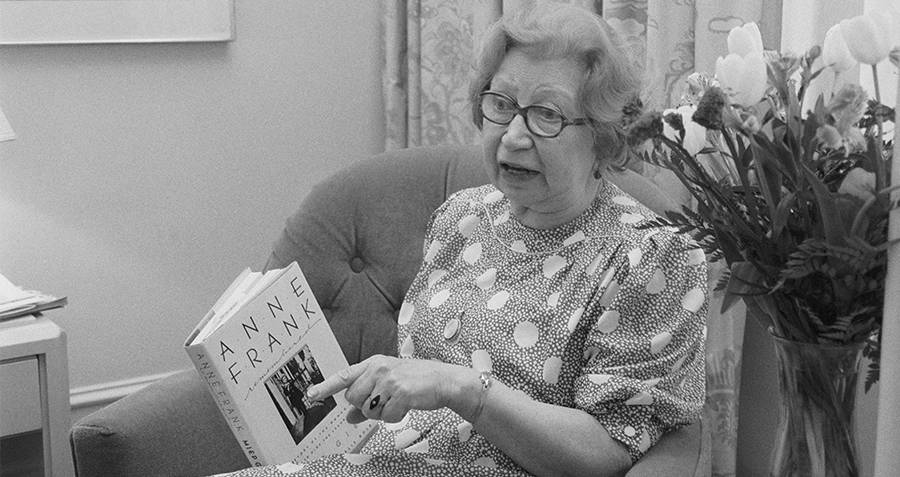 Getty ImagesMiep Gies holding a copy of the diary she saved.

After the end of the war upon learning that Anne had perished in the Bergen-Belsen concentration camp, Gies returned the pages to the sole survivor of the secret annex above the offices, Otto Frank. The Gies family eventually moved away from the apartment they’d been living in, along with Frank, who moved with them.

Fifty years after the Frank family was captured, Miep Gies received awards for her services to them. She was awarded the Order of Merit of the Federal Republic of Germany as well as the Wallenberg Medal by the University of Michigan. In 1995, she was knighted in the Order of Orange-Nassau by Queen Beatrix of the Netherlands.

At the end of her life, Gies reflected on the time she’d spent on earth, and how she’d affected those around her.

“I am one hundred years old now. That is an admirable age, and I have even reached it in fairly good health,” she said. “So then it’s fair to say you’ve been fortunate, and being fortunate seems to be the red thread running through my life.”

After learning about Miep Gies and her heroics during the Nazi occupation of the Netherlands, check out the story of a family who lived in total isolation in the Siberian wilderness until the 1970s. Then, read about who betrayed the Frank family.