The Life Of Li Ching-Yuen, The Chinese Man Who Claimed To Be The Oldest Person In World History

Li Ching-Yuen was reportedly 256 years old when he died in 1933, though genetics experts say that's "impossible." 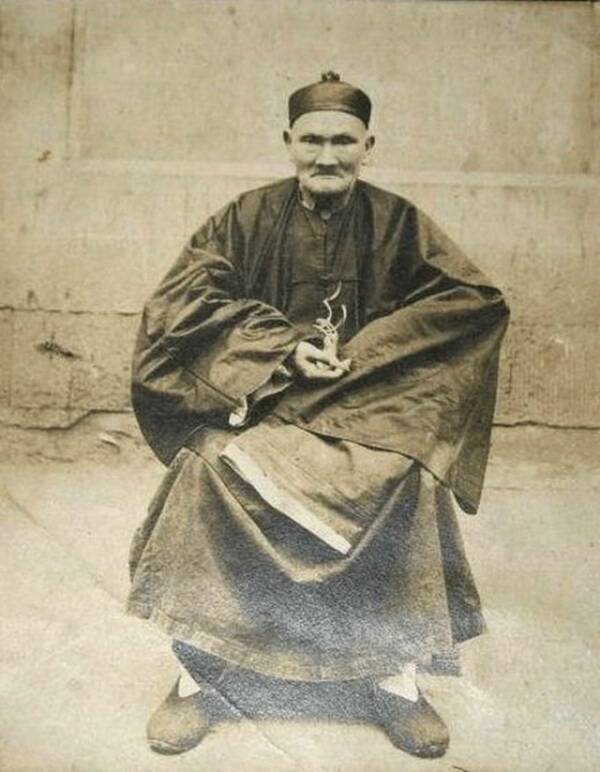 Wikimedia CommonsThe only known photo of Li Ching-Yuen dates to 1927, when he supposedly celebrated his 250th birthday.

The oldest known human to ever live was Jeanne Calment, a French woman who died when she was 122 years old. However, a Chinese man named Li Ching-Yuen allegedly had her beat — by 134 years.

Li initially claimed that he was born in 1736, but government records discovered later in his life reportedly placed his birth date in 1677, meaning he would have been 256 years old when he died in 1933.

With the oldest verified lifespan in history less than half of Li’s supposed age, did the Chinese herbalist lie? Or did a man from the 17th century truly break the record for the world’s longest lifespan?

The Early Years Of Li Ching-Yuen

In the 1920s, the strange story of Li Ching-Yuen made headlines around the world. According to Snopes, Li was allegedly born in China’s Sichuan province in either 1677 or 1736. He claimed that he had spent his first century of life as a traveling herbalist, collecting medicinal plants from the country’s forests and mountains.

After he turned 100, Li said, he couldn’t travel as easily and began selling herbs that others had gathered.

The New York Times once reported that Li Ching-Yuen was married 24 times — only his final wife survived him — and had at least 180 descendants spanning 11 generations. 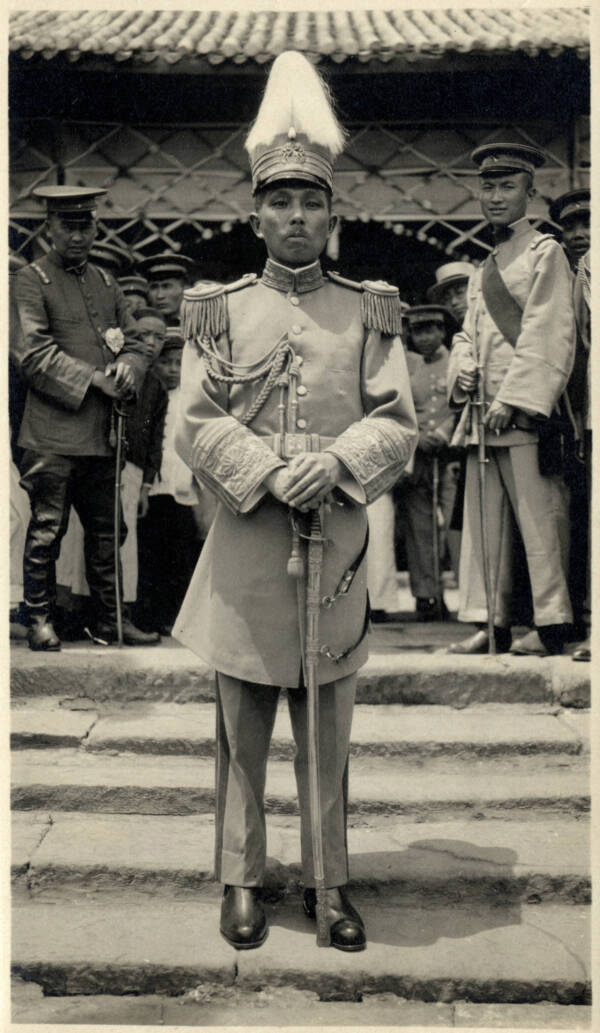 In his book The Immortal, Chinese general Yang Sen, who had met Li in 1927, described him as having “good eyesight and a brisk stride; Li stands seven feet tall, has very long fingernails, and a ruddy complexion.”

Around the same time that Yang Sen met Li Ching-Yuen, the Chinese warlord Wu Peifu heard about the extraordinary man as well. If the secret to longevity was hidden in the Sichuan mountains, Wu wanted to find it.

Wu Peifu reportedly met with Li Ching-Yuen in the late 1920s to learn his advice for living a long life. At that time, Li explained, according to TIME, that for decades he’d lived mainly on herbs and rice wine.

Li then went on to say that his secret was about more than his diet, however. He said that his approach on “how to get the most out of each century” began with “inward calm.” 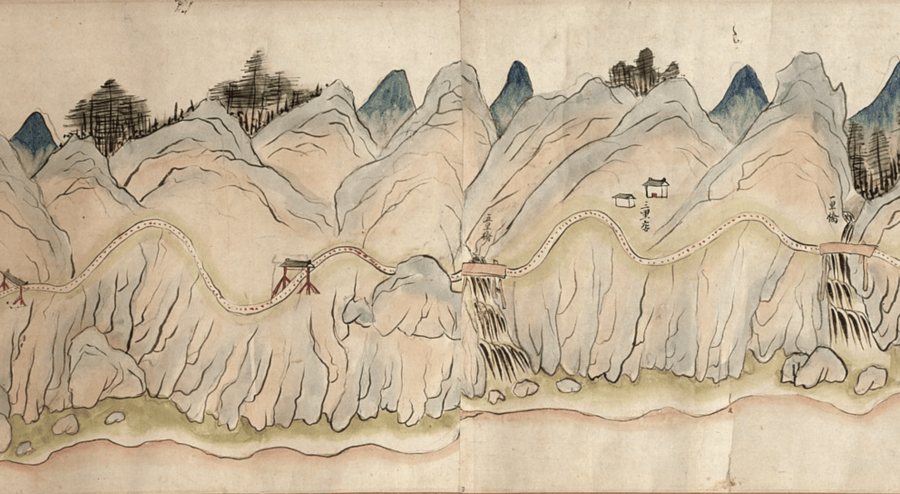 Library of CongressAn 18th-century map of the mountains of Sichuan, where Li Ching-Yuen reportedly gathered the herbs that helped extend his lifespan.

As The New York Times reported, “He attributed his longevity to peace of mind… [I]t was his belief every one could live at least a century by attaining inward calm.”

Additionally, according to Peter Kelder’s book Ancient Secret of the Fountain of Youth, a student of Li Ching-Yuen named Da Liu claimed that meditation, breathing exercises, and movement had preserved his life. Da Liu said that Li once explained to him, “My longevity is due to the fact that I performed the exercises every day — regularly, correctly, and with sincerity — for 120 years.”

Was Li Ching-Yuen’s Age Ever Verified?

Though Li claimed he was 256 years old at the time of his death, and others even backed him up, it’s unclear how much solid proof there is to support his assertions.

In the early 20th century, Li’s neighbors swore that their grandfathers remembered him from their youth — and that he’d already been an old man then.

Meanwhile, a 1929 newspaper article in the Miami Herald marveled at the tale of Li Ching-Yuen. “The documents that establish this elderly Chinese citizen’s birth date seem to be well authenticated,” the story read.

However, many still remain skeptical about the seemingly outrageous claims.

Skepticism About The True Age Of Li Ching-Yuen

Did Li Ching-Yuen really live to be 256 years old? According to the Australian Associated Press, an expert in genetics from Boston University named Dr. Thomas Perls said in 2020, “Just from a demographic point of view, a claim of 256 is impossible.” 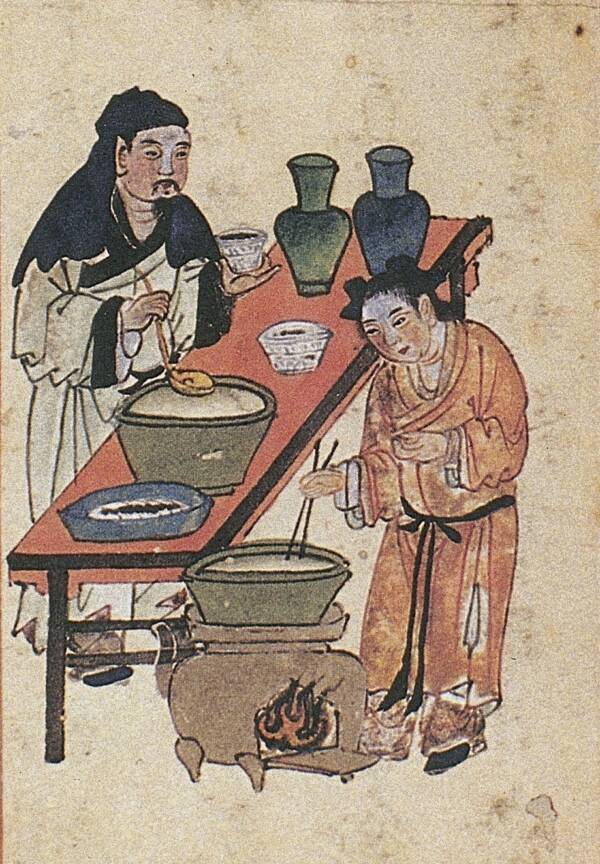 Wellcome ImagesChinese herbalists claimed that their treatments had medicinal properties – but could they keep a man alive for over 250 years?

Even in Li’s final years, some expressed doubts about his age. “To skeptical Western eyes he looked much like any Chinese 60-year-old,” reported TIME in 1933.

The New York Times also hinted that Li’s allegations may not have been accurate. “Many who have seen him recently declare that his facial appearance is no different from that of persons two centuries his junior,” the newspaper reported.

It’s possible that Li simply took on the identity of a departed ancestor or someone else of the same name in order to bolster his claims, which would explain the official government records — if they were indeed genuine.

Today, even Snopes has weighed in on the controversy, writing: “It’s unlikely anyone will ever know exactly how old Li Ching-Yuen was at the time of his death.”

“He may have been remarkably old, possibly even older than the longest confirmed human lifespan of 122 years,” the fact-checking website writes — but they rate that possibility “highly improbable.”

Li Ching-Yuen’s claim that he was 256 years old when he died was almost certainly a hoax. Read about other famous hoaxes in history, then discover the story of Princess Caraboo, the Englishwoman who convinced the world that she was Indonesian royalty.