The Dark History Behind ‘London Bridge Is Falling Down’

Some scholars believe that the English nursery rhyme tells the story of a Viking attack, while others think it's about human sacrifice. 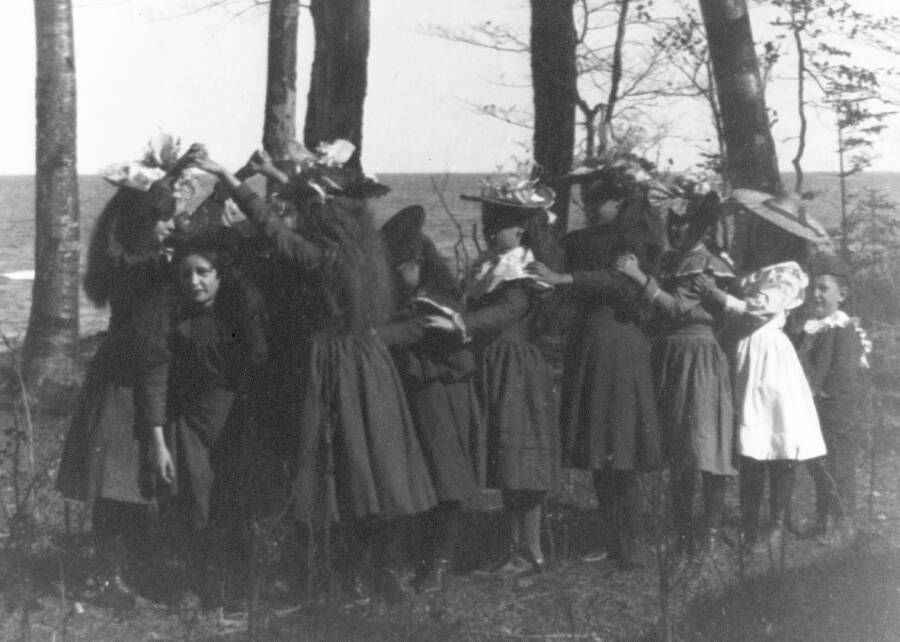 Library of CongressA group of school girls play the London Bridge game in 1898.

Many of us are so familiar with the nursery rhyme “London Bridge is Falling Down” that we could sing it in our sleep. We remember playing the London Bridge game in the schoolyard with our friends, chanting the tune, and trying not to get caught as the “arch” fell down.

But if you’re unfamiliar with the sing-song story, here are some of the lyrics:

While the tune of this classic nursery rhyme sounds playful and the game might appear innocent, there are some sinister theories about where it originated from — and what it’s really about.

So what is the true meaning of “London Bridge Is Falling Down?” Let’s take a look at some of the disturbing possibilities.

Who wrote ‘London Bridge Is Falling Down?’ 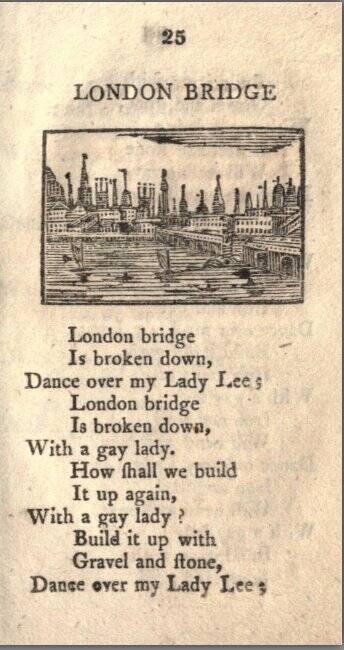 Wiki CommonsA page from Tommy Thumbs Pretty Song Book published in 1744 that shows the beginning of “London Bridge Is Falling Down.”

While the song was first published as a nursery rhyme in the 1850s, many experts believe that “London Bridge Is Falling Down” dates back to the medieval era and possibly even before that.

According to The Oxford Dictionary of Nursery Rhymes, similar rhymes have been discovered across Europe in places such as Germany, — “Die Magdeburger Brück”— Denmark, — “Knippelsbro Går Op og Ned”— and France — “pont chus.”

It wasn’t until 1657 that the rhyme was first referenced in England during the comedy The London Chaunticleres, and the full rhyme wasn’t published until 1744 when it made its debut in Tommy Thumb’s Pretty Song Book.

The lyrics back then were very different from what we hear today:

A melody for the rhyme was noted a bit earlier for an edition of The Dancing Master in 1718, but it has a different tune than the modern version of “London Bridge Is Falling Down” as well as no recorded lyrics.

As this vague history shows, the actual author of the rhyme still remains very much unknown.

The Sinister Meaning Behind The Rhyme 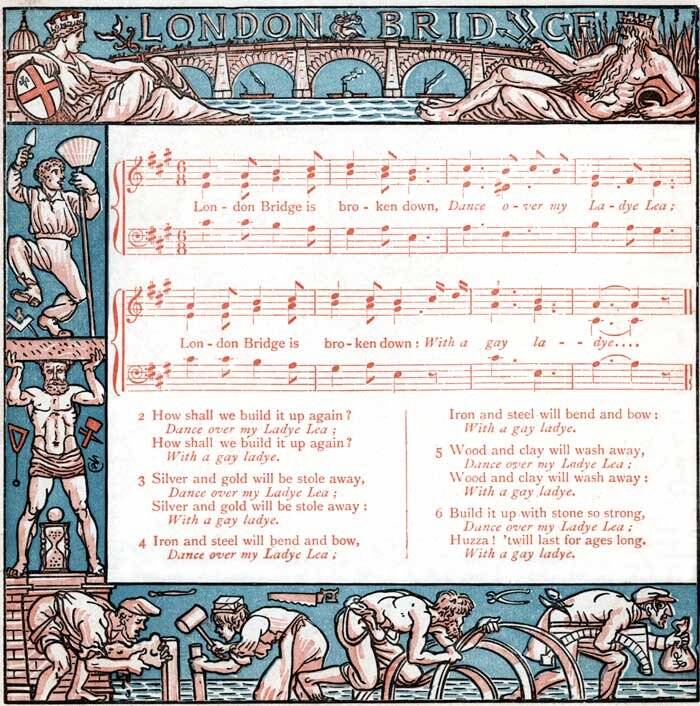 Wiki CommonsAn Illustration of “London Bridge” with an accompanying score by Walter Crane.

The meaning of “London Bridge Is Falling Down?” has long been debated by historians and other experts. Like many popular children’s stories, there are some darker meanings that lurk underneath the song’s surface.

However, the most commonly accepted origin story for the rhyme is that of the London Bridge actually falling down in 1014 — because Viking leader Olaf Haraldsson allegedly pulled it down during an invasion of the British Isles.

Though the reality of that attack has never been proven, the tale of it inspired a collection of Old Norse poems written in 1230, containing a verse that sounds close to the nursery rhyme. It translates to “London Bridge is broken down. Gold is won, and bright renown.”

But that wasn’t the only event that could have inspired the London Bridge rhyme. Part of the bridge was damaged in 1281 due to ice damage, and it was weakened by multiple fires in the 1600s — including the Great Fire of London in 1666.

Despite all of its structural failures, the London Bridge survived for 600 years and never actually “fell down” as the nursery rhyme implies. When it was finally demolished in 1831, it was only because it was more cost-effective to replace it rather than repair it.

One dark theory behind the bridge’s longevity maintains that there were bodies encased in its moorings.

The author of the book “The Traditional Games of England, Scotland and Ireland” Alice Bertha Gomme suggests that the “London Bridge Is Falling Down” rhyme refers to the use of a medieval punishment known as immurement. Immurement is when a person is encased into a room with no openings or exits and left there to die.

Immurement was a form of punishment as well as a form of sacrifice. Gomme points to the lyric “take the key and lock her up” as a nod to this inhumane practice and the belief that the sacrifices may have been children.

According to her, people during those times believed that the bridge would collapse if there wasn’t a body buried inside. Thankfully, this disturbing suggestion has never been proven and there is no archaeological evidence that suggests it’s true. 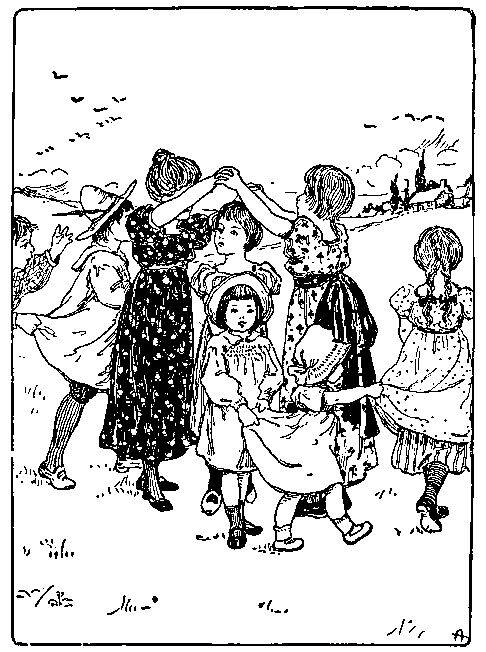 In addition to the mystery behind “London Bridge Is Falling Down,” there’s also the matter of the “fair lady.”

Some believe she may be the Virgin Mary, as part of the theory that the rhyme is a reference to a centuries-old Viking attack. Supposedly, the attack happened on September 8th, the date when the Virgin Mary’s birthday is traditionally celebrated.

Because the Vikings were unable to take the city after they burned the London Bridge, the English claimed the Virgin Mary, or “fair lady” protected it.

A few royal consorts have also been mentioned as potential “fair ladies.” Eleanor of Provence was a consort of Henry III and controlled all London Bridge revenue in the late 13th century.

Matilda of Scotland was a consort of Henry I, and she commissioned several bridges to be built in the early 12th century.

The last potential candidate is a member of the Leigh family of Stoneleigh Park in Warwickshire. This family dates back to the 17th century in England and claims that one of their own was entombed under the London Bridge as an alleged human immurement sacrifice.

However, none of these ladies has ever been definitively proven to be the fair lady of the song.

Wiki CommonsThe score of “London Bridge Is Falling Down.”

Today, the “London Bridge Is Falling Down” has become one of the most popular rhymes in the world. It’s continually referenced in literature and pop culture, most notably T.S. Eliot’s The Waste Land in 1922, the My Fair Lady musical in 1956, and country music artist Brenda Lee’s 1963 song “My Whole World Is Falling Down.”

In this game, two children link their arms to form an arch of a bridge while the other kids take turns running underneath them. They continue to run through until the singing stops, the arch falls, and someone is “trapped.” That person is eliminated, and the game is repeated until there’s one player left.

Even though it left such a major mark in our modern-day world, the true meaning behind this medieval tale may never be known.

After a look at the meaning behind “London Bridge Is Falling Down,” check out the true and disturbing story behind Hansel and Gretal. . Then, discover the racist history of the ice cream song.