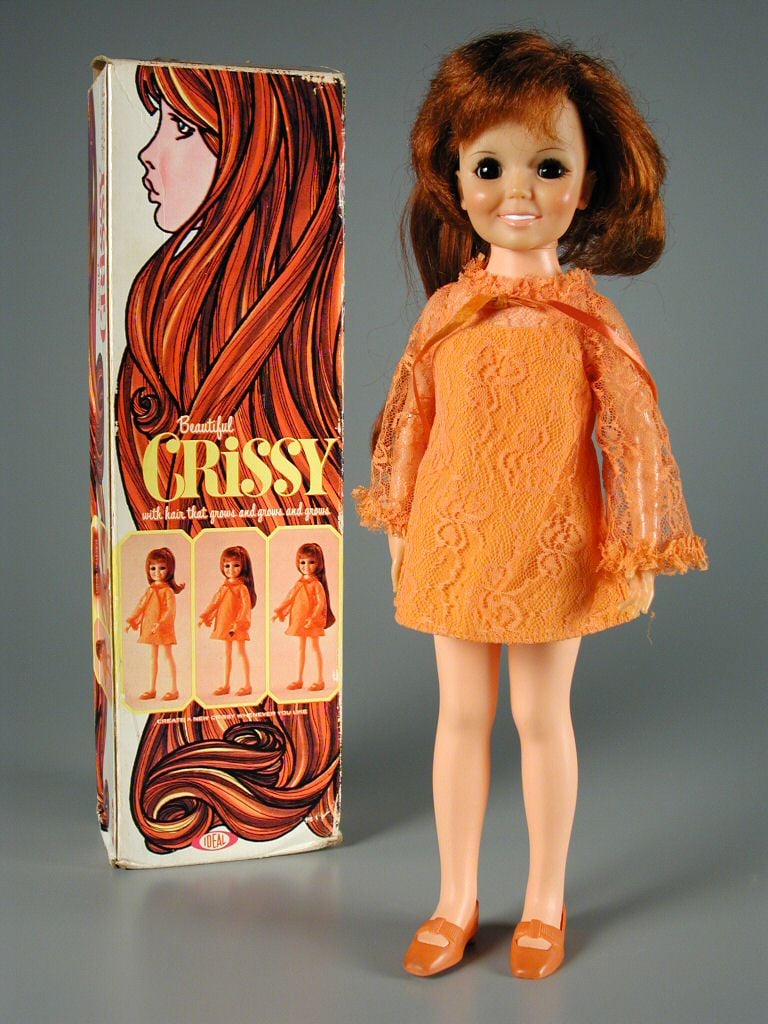 While Barbie was still going strong in the late 1960s, a new girl on the block likely raised the hackles of Mattel employees. Her name was Crissy and every little girl wanted her. Crissy, or Beautiful Crissy as she was officially marketed, towered over Barbie at 18 inches. But she had to be that tall for her mane, er, main attraction to be effective.

Crissy was all about the hair, and you could extend her auburn tresses all the way down to her feet in the earliest model, and about to her hips in the later model introduced by Ideal in time for Christmas 1969. By turning a knob on her back, you could shorten Crissy’s hair into a tight little bob as the locks retracted into her abdomen. And when you wanted her to have a different ’do, you just pushed a button on her stomach and pulled the hair back out of her head to a desirable length. 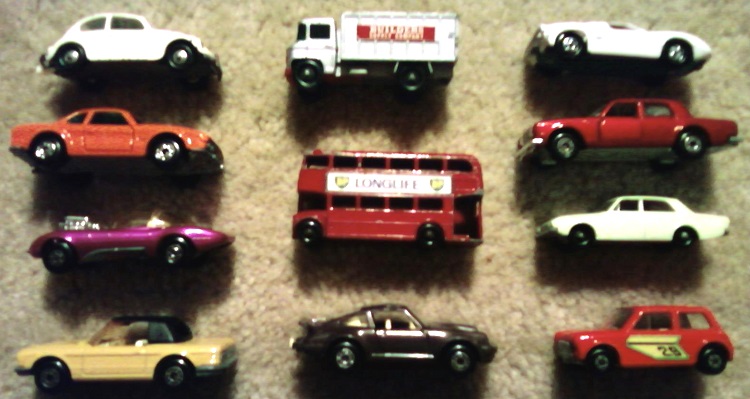 No boy’s childhood could be complete without a Matchbox car or two, or 20. They were so collectable–and profitable–that a carrying case with compartmentalized sections for storing individual models was sold separately. Lensey Products introduced the brand in 1953 and it still exists today. The original toys were made from die-cast metal and sold in boxes similar in style and size to those that held matches.

By the early ’70s Hot Wheels, lighter and made from plastic, were giving Matchbox cars a run for their money. Both toys were activated by little human hands, but Hot Wheels could be accessorized with neon orange racing track that could be hooked up to a table, providing enough height and speed for one of the miniature cars to make a loop de loop at the bottom of the track.