The man, dubbed Índio do Buraco, the "indigenous man of the hole," resisted contact with the outside world for the past 26 years. 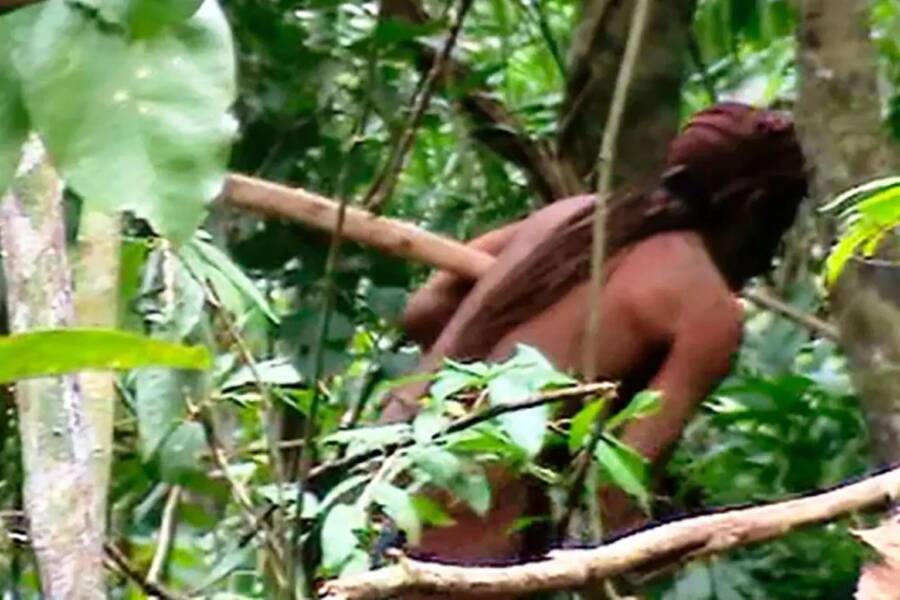 Funai-Fundacao Nacional do IndioA rare sighting of the “Man of the Hole” in the Brazilian Amazon.

For decades, activists have kept an eye on an Indigenous man in the Amazon who was the last surviving member of his tribe. Now, that man has died — marking the end of his people’s existence on Earth.

“No outsider knew this man’s name, or even very much about his tribe – and with his death, the genocide of his people is complete,” Survival International Director of Research and Advocacy Fiona Watson said, according to CNN. “For this was indeed a genocide – the deliberate wiping out of an entire people by cattle ranchers hungry for land and wealth.”

Agents from the Brazilian Indigenous Affairs Agency (FUNAI) have been monitoring the man from afar since 1996. Though no one knows his name, he became known as Índio do Buraco, or the “Indigenous man of the hole,” because he often dug deep pits to capture animals or to hide in.

The Guardian reports that the man appeared to die peacefully at around the age of 60. He was found in a hammock surrounded by brightly colored feathers, suggesting that he had prepared for his death.

His death, then, appears to have been far more peaceful than those that befell other members of his now-extinct Indigenous tribe in the Amazon. 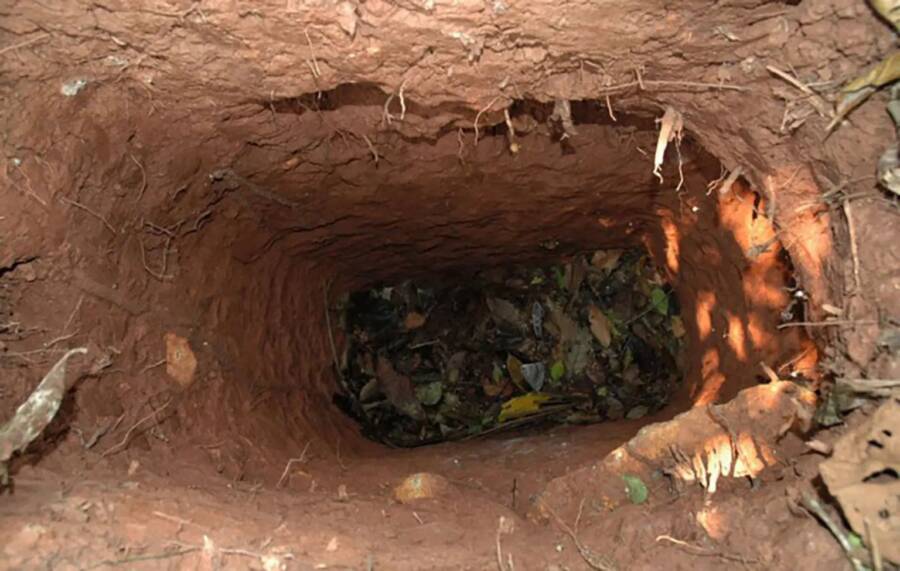 Survival InternationalOne of the holes dug by “Man of the Hole,” possibly to trap animals.

According to CNN, the man had witnessed the destruction of his fellow tribe members. Starting in the 1970s, his tribe suffered repeated attacks from cattle ranchers and land grabbers. That’s because tribal lands are protected by the Brazilian government, so those who want it often resort to killing Indigenous people.

“He didn’t trust anyone because he had many traumatizing experiences with non-Indigenous people,” Marcelo dos Santos, a retired explorer and one of the FUNAI agents who monitored the Man of the Hole, told the Guardian.

He and other FUNAI workers believe that illegal ranchers left sugar for the Man of The Hole and his tribe in the 1980s — and laced it with rat poison. FUNAI suspects that the poison killed all remaining members of the tribe, except for the Man of the Hole.

For the next 26 years, the man lived in complete isolation. Dos Santos explained that he and others sometimes left him tools, seeds, and food, but the lone tribesman never took them.

“Having endured atrocious massacres and land invasions, rejecting contact with outsiders was his best chance of survival,” Sarah Shenker of Survival International explained to the Guardian.

Even so, Indigenous activists did what they could to help the Man of the Hole. FUNAI agents created a fenced-off area for the man to live in after discovering his existence in the 1990s. The so-called Tanaru reserve allowed him to live without the threat of further attacks from cattle ranchers or land grabbers.

During that time, he appeared to have been entirely self-sufficient. At his abandoned campsite, activists found evidence that he planted corn and papaya, and built huts made of straw and hatch. 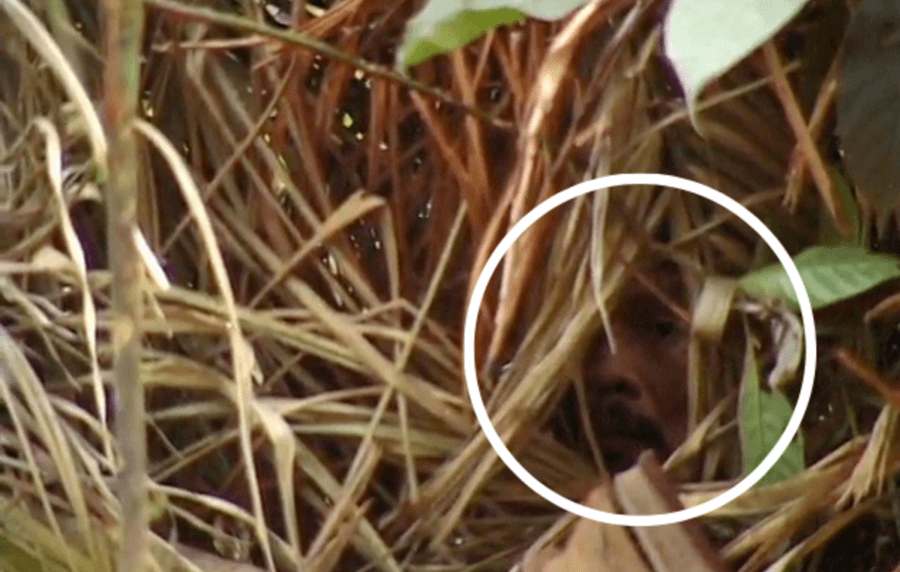 Currently, between 235 and 300 Indigenous tribes still exist in the Amazon. More than two dozen live deep in the jungle and avoid contact with society, meaning that activists know little about their language or culture.

These tribes have been under increasing threat in recent years. Brazilian President Jair Bolsanaro declared during his campaign that “where there is Indigenous land, there is wealth underneath it,” and invasions of such territory have skyrocketed since his election in 2018.

As such, the Man of the Hole’s story is just one of many sad accounts of Indigenous life in the Brazilian Amazon. But activists say it should be recognized as one of resistance, too.

“He symbolized both the appalling violence and cruelty inflicted on Indigenous peoples worldwide in the name of colonization and profit, but also their resistance,” Watson said in a statement.

“We can only imagine what horrors he had witnessed in his life, and the loneliness of his existence after the rest of his tribe were killed, but he determinedly resisted all attempts at contact, and made clear he just wanted to be left alone.”

After reading about the “Man of the Hole,” see how the last member of another indigenous tribe was killed by COVID-19 or see how a drone captured footage of a previously uncontacted tribe in the Amazon.