Meet The Maned Wolf, The Bizarre South American Creature That’s Like A Cross Between A Fox And A Deer

With its enormous ears and stilt-like legs, the maned wolf is a one-of-a-kind animal that roams the plains of Brazil and Argentina.

At first glance, the maned wolf looks like a cross between a fox and a dog. Though its name suggests it belongs to the canine family, it is, in fact, neither a deer nor a fox — and it’s actually not even a wolf, either.

Instead, its scientific name — Chrysocyon brachyurus — suggests that it’s an animal in a class literally all its own. While prevalent in South America, its existence is being threatened by urbanization, and it’s nearly extinct in its native Uruguay. And it doesn’t help that its body parts have been used in traditional medicine — even though there’s no evidence, anecdotal or otherwise, that there’s any efficacy in the treatment.

All About The Incredible Maned Wolf 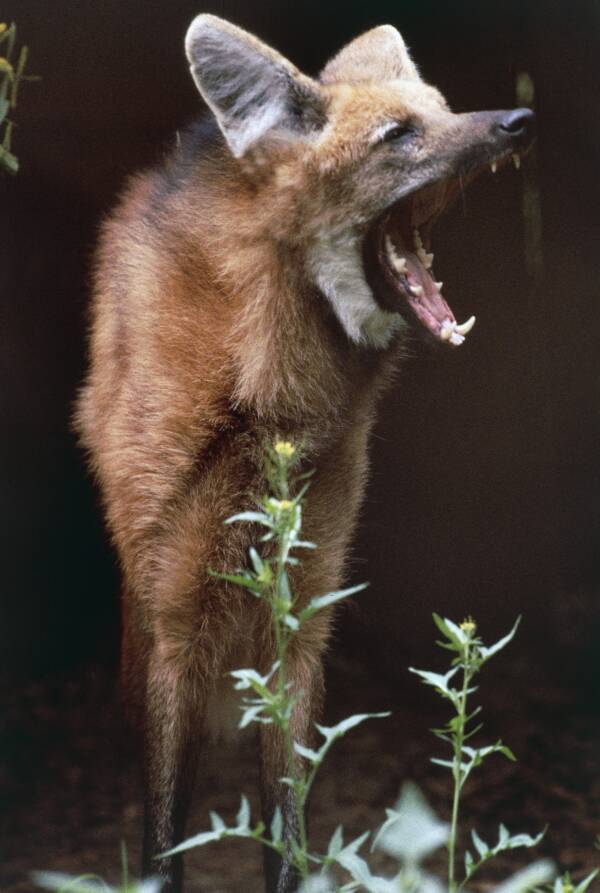 With a thick red coat, long black legs, and tall ears that stand up from its head, the maned wolf can weigh as much as 66 pounds and grow to as long as about three feet, according to The Smithsonian. With an omnivorous diet and a nocturnal lifestyle, the animal thrives in savanna-like environments but can be predominantly found in the northeastern region of Brazil.

Previously, it was found in countries like Argentina and Uruguay — but urbanization in the latter country drove it to near extinction, forcing it to migrate north.

Chrysocyon brachyurus is a solitary hunter, preferring to forage alone while looking for food instead of in a pack. Though it’s an omnivorous animal, the maned wolf’s preferred diet includes foods like seasonal fruits and vegetables, as well as small birds and insects.

Because of its nature, the maned wolf isn’t prone to hunting wild animals that are much larger than it is. What’s more, its only natural enemies are the domestic dog and the puma, both of which are on record killing the maned wolf in the past.

Little is known about the animal’s mating habits. Like wolves, the creature is monogamous and keeps its mate for the span of its life. On average, each little produces between two to three pups, and the average gestation period is about two months.

Unfortunately, threats from urbanization and traditional medicinal practices have continued to threaten its existence, and the maned wolf was actually on the verge of extinction for a period of time.

Threats From Urbanization And Traditional Medicine 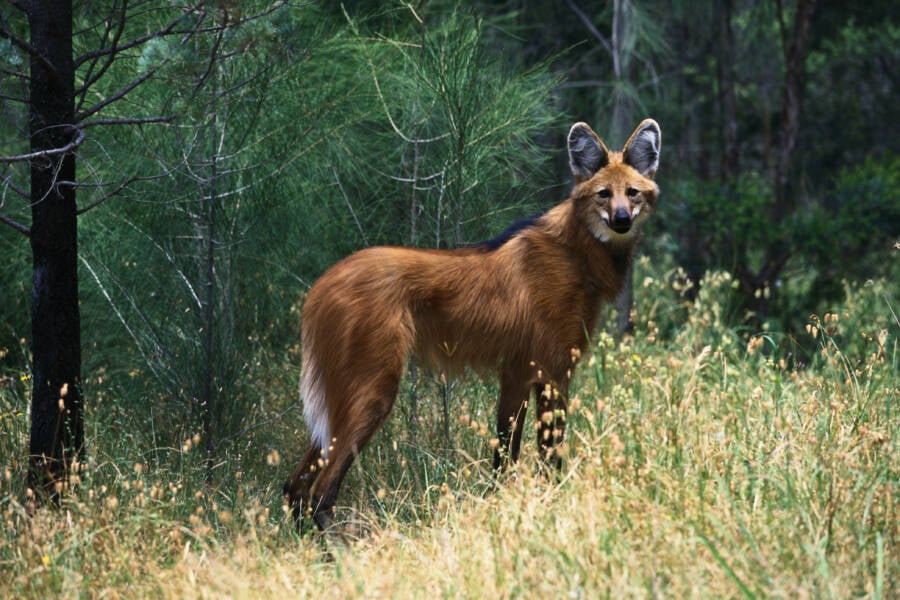 As its native habitats continue to come under fire from increasing urbanization efforts, especially in Uruguay, the maned wolf continues to face threats to its existence. In addition to the threat of being killed by domestic dogs, the animal also faces threats of communicable diseases from its distant relatives — diseases that have been known to kill them.

What’s more, maned wolves are frequently run over by automobiles in increasingly urbanized areas, which poses a further threat to its existence. Even humans will get in on the action of hunting them — especially if they believe the wolf will hunt or has hunted their chickens. Many a chicken farmer has been known to hunt down entire packs of maned wolves out of vengeance over the loss of his or her chickens.

In the past, the animal has been hunted by native Brazilians for its body parts. Notably, its parts have been used in traditional medicine, though there’s no proof — anecdotal or otherwise — that their parts serve any sort of therapeutic benefits. Additionally, the maned wolf has been hunted for its eyes, which some Brazilians believe are talismans for good luck.

Though the animal has not been declared extinct quite yet, conservationists are aware that its existence is threatened — and they’re taking steps to ensure they continue to thrive for years to come.

Efforts To Save The Maned Wolf 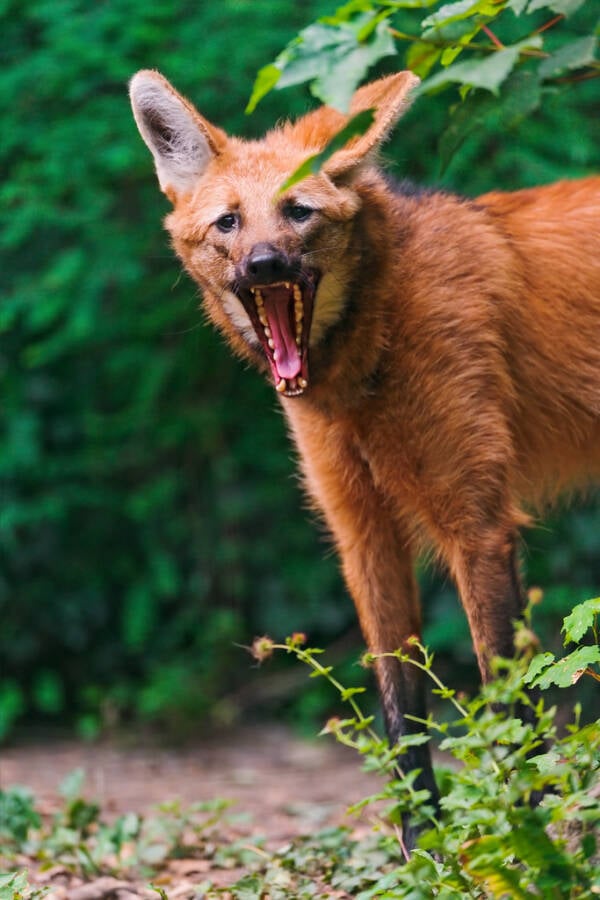 Tambako the Jaguar/FlickrA maned wolf yawns in the wild.

Officially, the maned wolf is listed as CITES Appendix II, U.S. ESA-Endangered, and IUCN-Vulnerable. However, their populations continue to decline, and experts believe they will soon be placed on the endangered species list.

To counteract the effects of urbanization and other threats, conservationists have taken steps to ensure the species continues to survive — and thrive — in its natural habitat.

Laws have been passed in Brazil, Uruguay, and Argentina forbidding the maned wolf from being hunted, and zoos have even assisted with helping the critical populations survive, and thrive, in a protected environment.

Whatever you wish to call it, the maned wolf is an animal that has flourished in the wild for millennia — and deserves to continue to thrive despite human activities.

Now that you’ve read all about the maned wolf, take a look at the wolf eel, a grotesque-looking sea creature that lives in the Pacific Ocean — but whose ugly appearance belies its sweet nature. Then, learn about the gray wolf pups that recently appeared in Colorado for the first time in 80 years.