Police charged Mark Barnes and Angela Wamsley with concealing a death in December 2020, but it took a curious duck to actually find the body of Wamsley's missing grandmother.

For years, investigators in Candler, North Carolina, wondered what had happened to 92-year-old Nellie Lucille Sullivan, who they suspected had been killed by her granddaughter and her husband. But for all their investigation, it took a pet duck to find her body.

Buncombe County Sheriff’s Office Sergeant Mark Walker told WLOS, “If I could give that duck a medal, I would.”

A subsequent autopsy confirmed Sullivan’s identity. However, investigators have not released any cause of death. 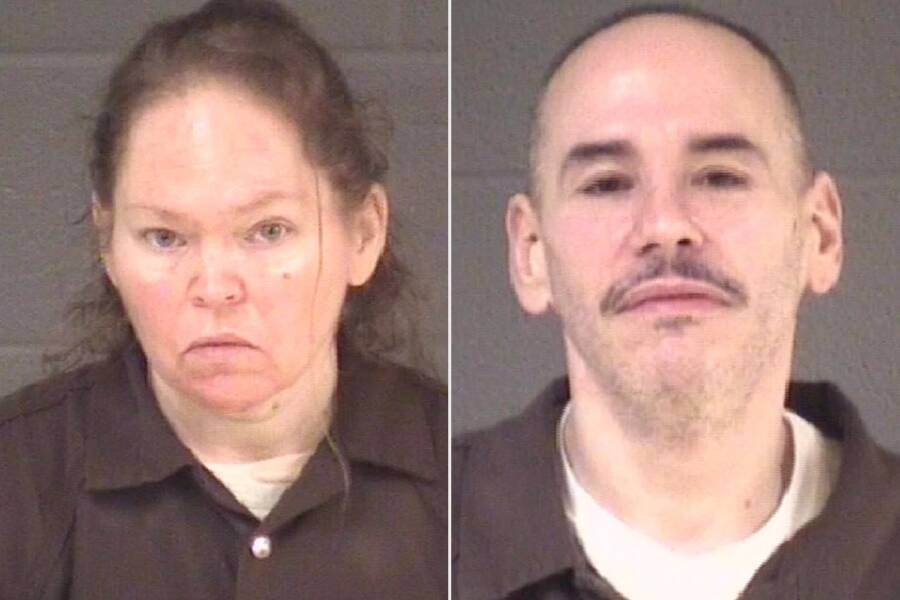 Buncombe County Sheriff’s OfficeMark Barnes and Angela Wamsley were both charged with concealing a death before Nellie Sullivan’s body was found.

Previously, Walker explained to WLOS, Wamsley and Barnes had sent investigators on a “wild goose chase” when it came to finding Sullivan’s remains. Sullivan was declared missing in 2020, and police long suspected that she’d died at the hands of Wamsley and Barnes, whom she lived with. The couple was even arrested in December 2020 and charged with concealing a body, alongside a long list of other offenses.

“It became pretty apparent almost immediately that Miss Sullivan had disappeared under what can be said suspicious circumstances,” Walker told WLOS. He added, “Mark [Barnes] actually sent us on a wild goose chase which resulted in us digging for several days in a site that he knew she was not located at.”

According to neighbors, Sullivan may have been missing for even longer — and she seemed to suffer at the hands of Wamsley and Barnes. Belinda Moody told WLOS that Sullivan hadn’t been seen “for years” prior to the arrests.

“She was a sweet little, old lady,” Moody told WLOS in December 2020, after Barnes was charged with concealing her death. “She’d give you the clothes off her back, if she could. She made my daughter a Halloween black cape out of a shower curtain she had. She just was very kind.”

Moody explained that after Sullivan had fallen ill, she had gone briefly to the hospital and a nursing home before returning home. But after that, no one had seen her again. Meanwhile, according to Walker, Wamsley and Barnes had continued to collect Sullivan’s Social Security and retirement benefits and had even kept refilling her prescriptions.

“I wondered what happened to her. It bothers me really bad,” Moody told WLOS, adding: “Mark and Angie would go out all hours of the night and leave their granny there by herself with no food. Sometimes we would bring her food.” 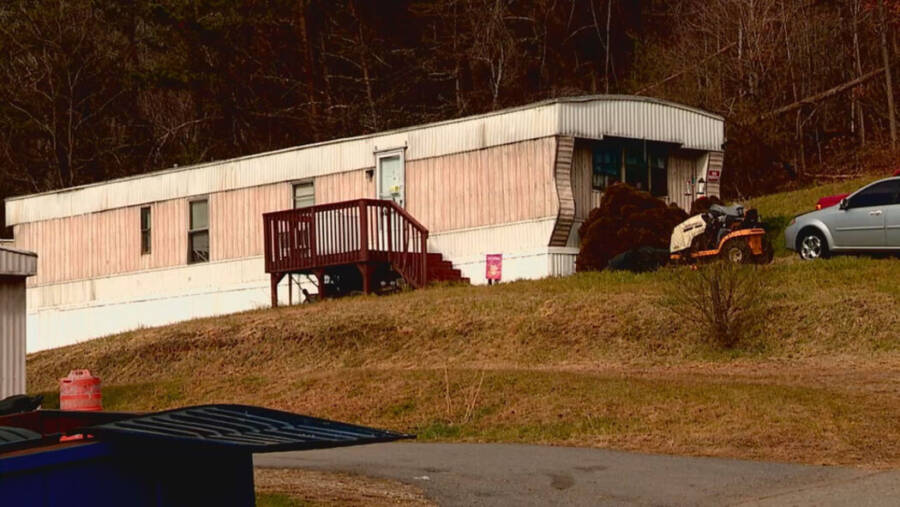 WLOS StaffThe trailer in Candler, North Carolina, where Sullivan lived with her granddaughter and her husband.

Thanks to the curious pet duck, Sullivan’s disappearance has finally been solved. In addition to concealing her death, Wamsley and Barnes face a number of other charges, including animal cruelty, animal abandonment, possession of a schedule three controlled substance, possession of drug paraphernalia, and trafficking in heroin or opium by possession and by transport.

It’s an odd and tragic end to a missing persons case. But now that Sullivan’s remains have been found, investigators are determined to do what they can to bring her justice.

“Since the beginning of this investigation we have sought to locate Ms. Sullivan’s remains, afford her the respect she deserved, and restore dignity to the life she once lived,” Captain Angie Tullis of the Criminal Investigation Division at the Buncombe County Sheriff’s Office said in a statement posted on Facebook.

“We are dedicated to utilizing all available science, technology, and investigative skills necessary for justice to be served in this case.”

After reading about the pet duck that helped solve a murder case, discover the tragic story of Joyce Vincent, whose death went unnoticed for two years. Or seeing how missing man William Moldt was finally found thanks to Google Earth.