Spider-Man Reimagined As A Black/Hispanic Teenager… 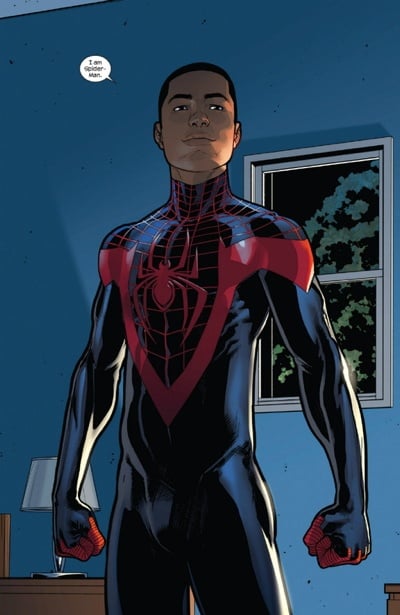 Marvel began discussing the notion of a non-white Spider-Man in the run-up to the first election of Barack Obama. When they executed that notion a few years later, in 2011, the world was introduced to Miles Morales, a 13-year-old boy born to an African-American father and a Puerto Rican mother.

Upon the introduction of Morales, original Spider-Man co-creator Stan Lee proclaimed, “Doing our bit to try to make our nation, and the world, color blind is definitely the right thing.”

And As An Indian Villager 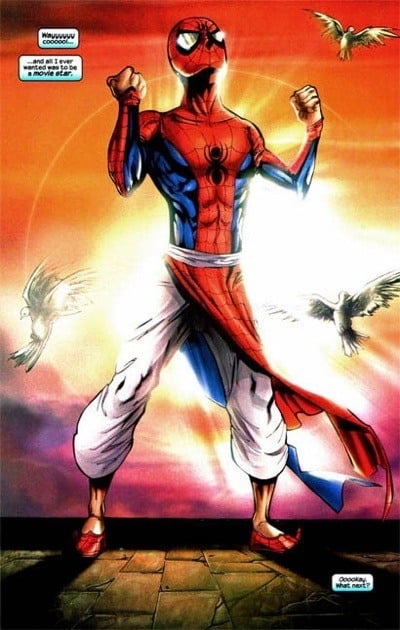 Famous Indian director Satyajit Ray created this version of Spider-Man as a fantasy alternative to Peter Parker, which ran for four issues. In this version, all of the character names are Indianized versions of the American originals, and the story was given a distinct twist from Hindu folklore.

The tale centers on Pavitr Prabhakar, an Indian boy from a remote village, who moves to Mumbai with his Aunt Maya and Uncle Bhim to study after getting a scholarship. There, only Meera Jain, a popular girl from his school, befriends him.

Meanwhile, a local crime lord named Nalin Oberoi uses an amulet to perform an ancient ritual in which he is possessed by a demon committed to opening a gate for other demons to invade Earth. While being chased by bullies, Pavitr Prabhakar encounters an ancient yogi who grants him the powers of a spider, in order to fight the evil that threatens the world.