The film was a critical flop for director Danny Boyle and star Leonardo DiCaprio, but while both have moved on, the damage done to Thailand's Maya Bay has been lasting. 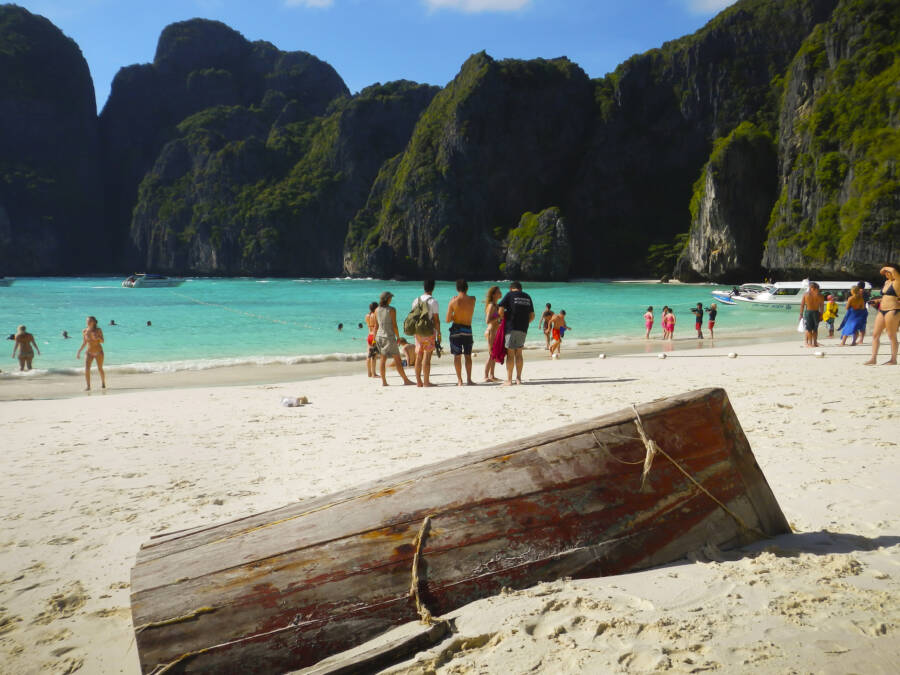 Over two decades after the release of 20th Century Fox’s The Beach, a Thai court has ordered that the once-idyllic Maya Bay on southern Thailand’s Phi Phi Leh island should be rehabilitated — and the film studio will have to chip in for it.

Per Vice, when the cult classic film was shot in 1998 and 1999, the crew gave the beach a near-complete makeover to produce a more “tropical” environment. They allegedly uprooted vegetation growing on sand dunes, introduced alien plant species, and planted dozens of coconut trees — changes that have since ravaged the local ecosystem.

The film subsequently brought flocks of tourists to the beach, which only further upset the environment, with pollution destroying an abundance of coral nearby. The damage had become so severe that in 2018 local authorities shut it down indefinitely to begin rehabilitating the natural ecosystem.

Local authorities had also filed a lawsuit against Thai government agencies, 20th Century Fox, and a Thai film coordinator, seeking 10 million baht (roughly $273,000) as compensation for the environmental damage caused to the area during production way back in 1999, The Guardian reported. 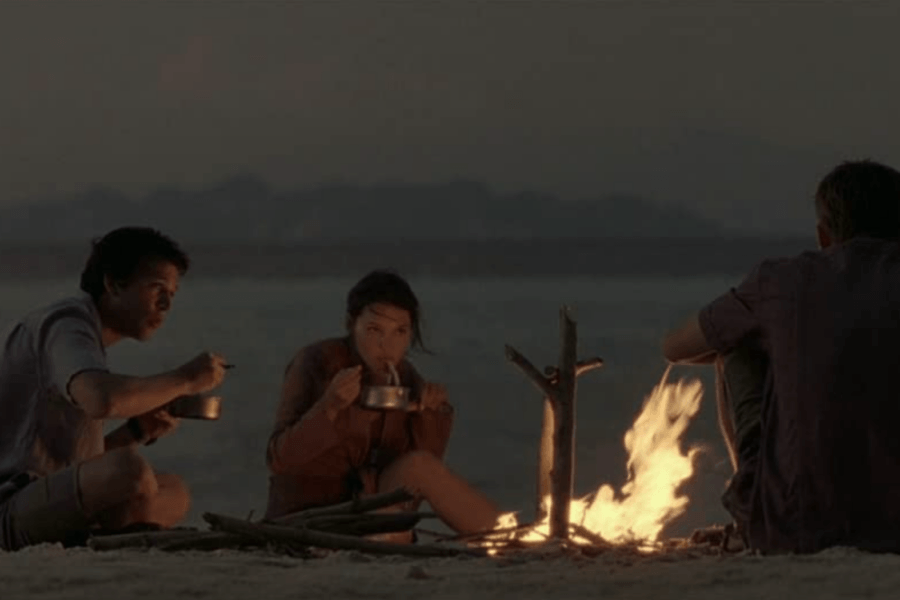 And before the film even began production, environmental campaigners tried — unsuccessfully — to stop the film, based on Alex Garland’s cult novel, from shooting out of fear that it would lead to environmental damage.

Fox, as well as DiCaprio, insisted that the film’s crew had left the beach as they found it, or even better, but the new ruling by the Thai Supreme Court on Tuesday suggests otherwise.

At the time, Leonardo DiCaprio — now known for his environmental activism — assured critics who expressed concern over the film’s environmental impact that the crew would be leaving the beach “better off than it was before.”

“From what I see everything is okay. I have seen nothing that had been damaged in any way,” he said.

But in their landscaping, the crew reportedly uprooted bushes that lined the beach and held the sand together to prevent erosion, planting mature palm trees in their place that weren’t native to the region.

The crew then uprooted those palm trees and attempted to replant the bushes that were originally there. But, despite this — and the bamboo fences they set up to hold everything in place — large amounts of sand continued to break off into the ocean. One local witness described the area after the film crew left as a “forlorn scene of ugly bamboo fences and dead native plants.” 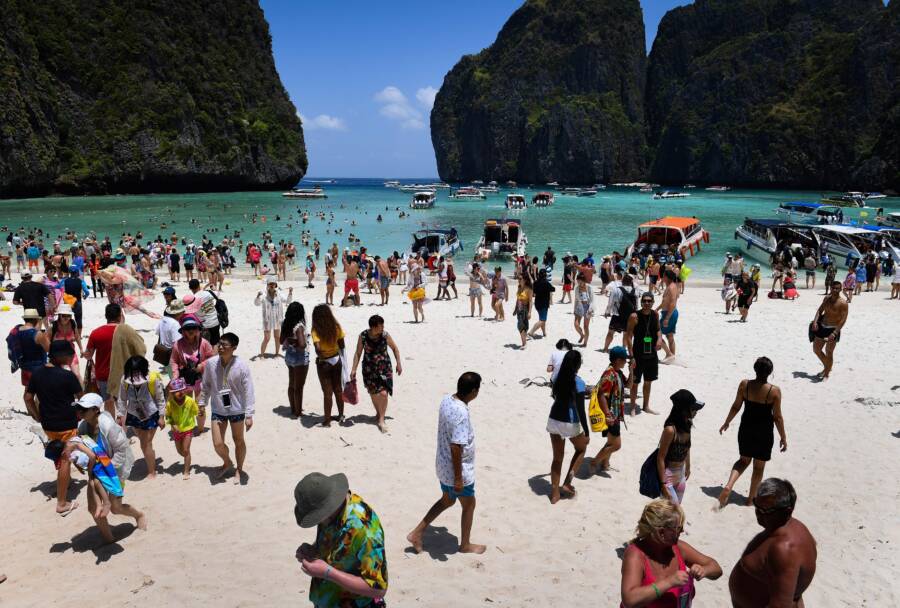 LILLIAN SUWANRUMPHA/AFP via Getty ImagesOnce-pristine beaches like the one in Maya Bay across southern Asia are struggling after decades of unchecked tourism.

No official ruling came in on the lawsuit against 20th Century Fox and Thai film studio Santa International Film Productions until 2012, however, when a civil court ruled that the Royal Forest Department was liable for rehabilitating Maya Bay.

In 2012, a civil court handling the lawsuit against 20th Century Fox and Thai studio Santa International Film Productions ruled that the Royal Forest Department would be responsible for the rehab project. This latest ruling, though, requires the department to come up with a plan within 30 days — and stipulates that Fox will supply the 10 million baht for it.

The beach was closed in October 2018, when it was seeing nearly 6,000 tourists per day. Conditions have improved enough within the last four years that the bay was reopened in January 2022, but local authorities have capped the number of visitors allowed to help the environment heal.

Despite their efforts, the beach was once again shut down last month to continue further restoration, with plans to open again in October.

While efforts are being made to restore Maya Bay, there are other environmental crises happening across the world. Read about the melting icecaps in Greenland that are making it look like sled dogs can walk on water. Or, read about the wildfire in Slovenia that was setting off World War I bombs earlier this year.