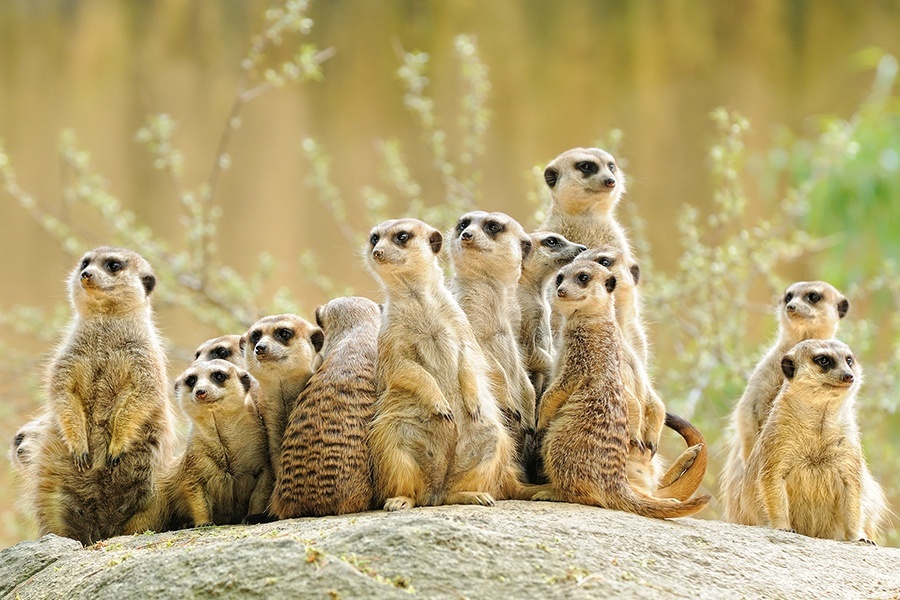 A new study has confirmed that a meerkat’s place in the mating queue depends heavily on its body mass — so much so that the animals will engage in a kind of competitive eating in order to boost their mass and make themselves more appealing to potential mates.

These fascinating new findings — uncovered by a University of Cambridge-led team and published in Nature — are built on the knowledge that meerkats live in cooperative groups with one dominant mating pair and a number of non-reproductive individuals. As is the case with many other animals, whether or not you’re in that dominant mating pair is largely informed by how much you can grow and get your weight up.

But what this new study found, for the first time among any animal, is that meerkats will actually raise their food intake as a specific response to competition from a reproductive rival.

As expected, the meerkats that were fed the eggs quickly grew in weight, more so than any of the others. And, sure enough, the meerkats not being fed the eggs responded by increasing their food intake and growing much more quickly than a meerkat otherwise would.

Because many animals have reproductive queues based on body mass, the researchers are now wondering how many other animals engage in this kind of competitive eating.

“Our results show that individuals adjust their growth to the size of their closest competitor,” the study states, “and raise the possibility that similar plastic responses to the risk of competition may occur in other social mammals, including domestic animals and primates.”

And if primates, who knows, maybe even humans too?

Next, check out some photos of baby meerkats that will melt even the blackest heart.