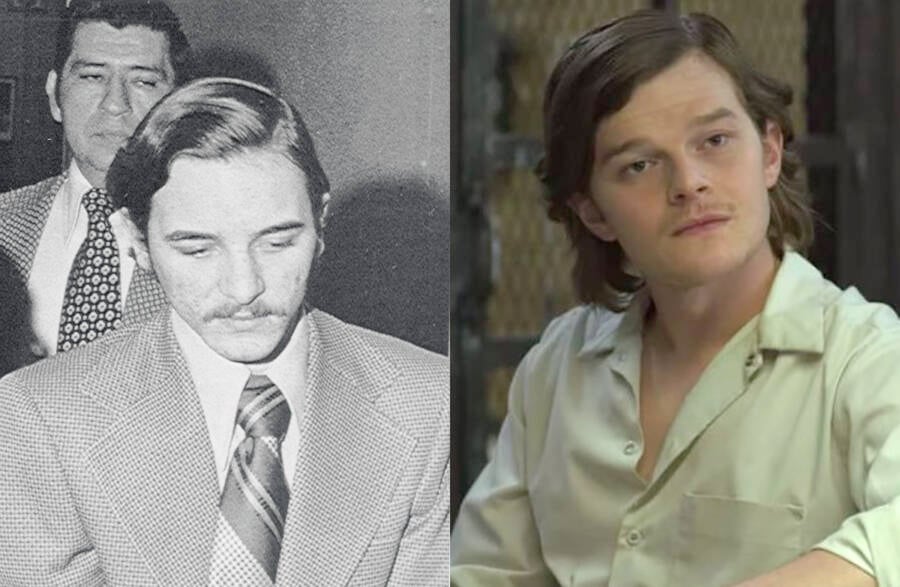 The story of Elmer Wayne Henley, like many serial killers, has its roots in childhood trauma and psychological abnormality. But it is a rare thing when part of that trauma is to be the target-turned-protege of the worst serial killer the country had ever seen.

When Henley shot and killed Dean Corll in 1973, it was the last time Elmer Wayne Henley would ever take another life.

Corll, The “Candy Man Killer,” whose brutal rape and murder of 30 teenage boys in Houston, Texas in the early 1970s was like nothing Americans had ever seen before, had originally intended to rape and kill Henley, then around the age of 14.

Henley had been brought to Corll by another boy, David Owen Brooks, who himself had been molested and turned into an accomplice of Corll’s, tasked with luring young boys to Corll’s home. Rather than rape and murder Henley like he did other boys, Corll instead saw something in Henley that he liked, and decided to recruit him like he had recruited Brooks. He gave Henley the same deal as Brooks: $10 for any boy he brought to him.

Elmer Wayne Henley has long maintained that he rejected the offer at first and only accepted it after his family ran into financial hardship.

He also tried to hide from investigators his participation in the rapes, tortures, and murders of the friends whom he lured to Corll’s home, claiming only to have brought them to him and nothing more.

It was only after Brooks’ confession, during which he described Henley as an active and willing participant to the crimes, did Henley own up to his complicity in the rapes and murders of his friends.

Henley’s case is also complicated by the circumstances surrounding his killing Dean Corll on the night of August 8, 1973. Henley brought two friend to Corll’s house that night to drink and huff paint, the usual means which Corll and Henley used to incapacitate their victims.

Corll was enraged that Henley had brought Williams, a teenage girl and the only known one known to have been targeted during the Houston Mass Murders, to his house. After Henley and the other two teens passed out, Corll taped the mouths of Williams and Kerley and tied up all three of them.

When Henley regained consciousness, Corll raged at him and threatened him with a .22 caliber pistol, but Henley was able to talk Corll into freeing him so that the two could rape and kill Kerley and Williams together. This convinced Corll in the end to free him, but Henley was clearly rattled by what had happened.

Apparently moved to act by something Williams said to him while Corll was busy tying Kerley to his infamous “Torture Board” in preparation to rape him, Henley picked up Corll’s gun and told Corll the killings had to stop.

Corll dared Henley to kill him, which he promptly did, using all six bullets from the .22 to bring an end to the Houston Mass Murders killing spree and soon revealed their existence to a horrified public.

Elmer Wayne Henley maintains that he is a reformed man and that he does not consider himself a serial killer, despite his six murder convictions.

Kerley and Williams both survived and have complicated feelings about Henley to say the least. Williams told a reporter in 2013 that she kept in regular contact with Henley while he serves six life sentences for the six murders he was convicted of participating in.

Kerley told a reporter in 2008 that if he should ever see Henley again, “I don’t know if I would shake his hand and say thank you or beat the (expletive) out of him. Thirty-five years, I still don’t know.”

Henley, then, is arguably the most complicated serial killer to be featured on Mindhunter, and the true story of his role in the Houston Mass Murders is a difficult one to discern.

Though clearly culpable and willing to participate in his crimes, Henley wasn’t consumed by them the way Corll or other serial killers typically are. Somehow, a monster and a human being cohabitated inside Elmer Wayne Henley in ways that we usually don’t see in a serial killer.

Henley himself maintains that he does not consider himself to be a serial killer, but the six murders he co-committed with Corll say otherwise. Either way, this clearly isn’t the last word on Elmer Wayne Henley.