The fossils belonged to three woolly mammoths that lived some 30,000 years ago. They were likely even part of the same family. 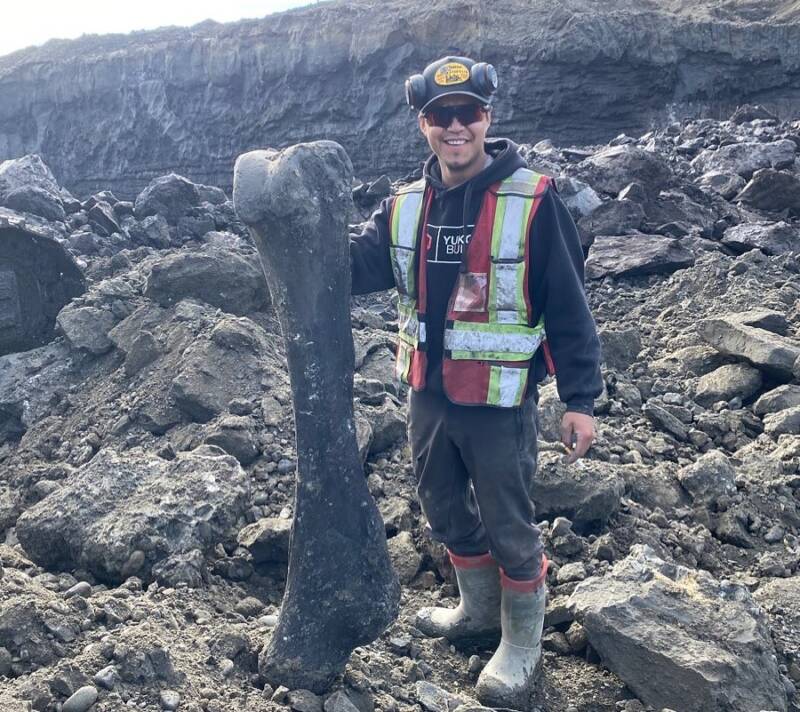 Trey Charlie/FacebookMiner Trey Charlie with one of the bones found at Little Flake Mine near Dawson City, Canada.

A group of miners in Dawson City, Yukon hoped to strike gold. Instead, they came across another sort of treasure. As they sifted through the dirt, they uncovered a stunning trove of woolly mammoth bones.

“It’s probably one of the best days I’ve had working,” said Trey Charlie, who came across the bones alongside another miner at Little Flake Mine. “It’s so much fun to discover these things.”

Charlie and his fellow miner discovered the bones while excavating mud from a mine site. As they worked, they uncovered an enormous tusk.

“We were amazed by the size of it and how heavy it was, so we brought it back to the yard,” Charlie said. 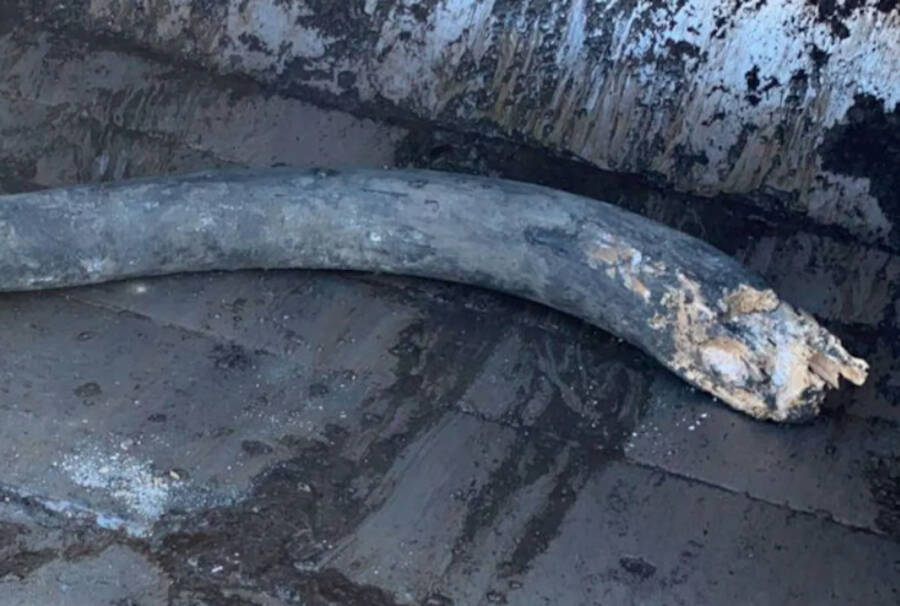 Trey Charlie/FacebookThe tusk discovered at the mine site.

The miners had not struck gold — but they had uncovered a treasure trove of woolly mammoth bones. When an excavator scooped up another pile of bones, the miners started to search through the dirt.

“Throughout the day I was picking bones,” Charlie said. “Ribs, teeth, all kinds of things.”

Having found what seemed to be complete skeletons, the miners turned the bones over to the Yukon government. The government then enlisted the help of paleontologists, who confirmed that the miners had found the bones of woolly mammoths.

“We seem to have one large full-grown mammoth, one younger adult, and one juvenile,” explained Grant Zazula, the head paleontologist for the Yukon government. 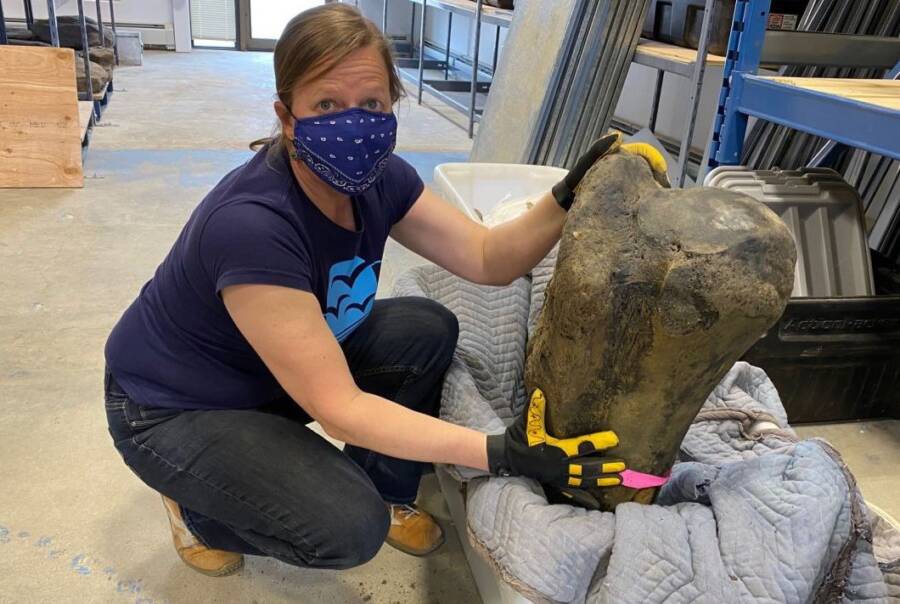 Government of YukonA Yukon paleontologist holds one of the mammoth’s enormous humerus bones.

Zazula suspects that the mammoths belonged to the same family, or at least the same herd. “You never find a complete skeleton, so finding two partial skeletons, they probably died together,” he said. “That is super-exciting. It can lead to all kinds of questions.”

Because the miners found the bones near a 29,000-year-old layer of volcanic tephra — rock fragments ejected by an eruption — Zazula thinks that the mammoths are around that same age.

That fits in neatly with what scientists understand about woolly mammoths. The huge beasts are believed to have wandered northern swaths of present-day Canada some 30,000 or 40,000 years ago. 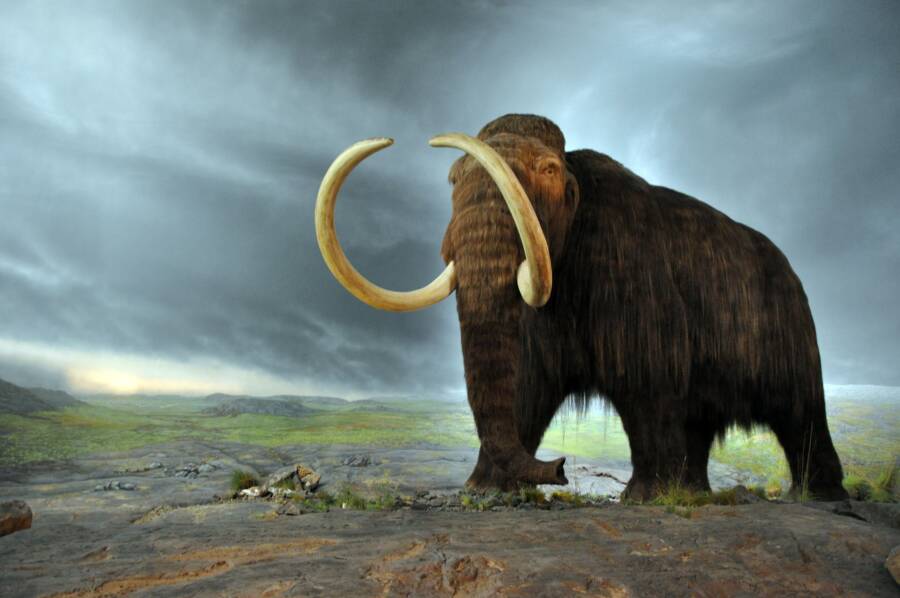 They probably first crossed into North America via the Bering Land Bridge. As grazing animals, they thrived in the cold, dry, and likely treeless environment.

But about 10,000 years ago, the woolly mammoths were wiped out, likely due to a combination of environmental stress and increased hunting by humans.

However, Zazula is not sure what killed these three woolly mammoths specifically.

“We have all this material now, and now it is basically a detective story to determine what was going on,” he said. Samples from the skeletons will be tested for DNA, to see if the mammoths were related. And carbon dating will help confirm when the mammoths died. 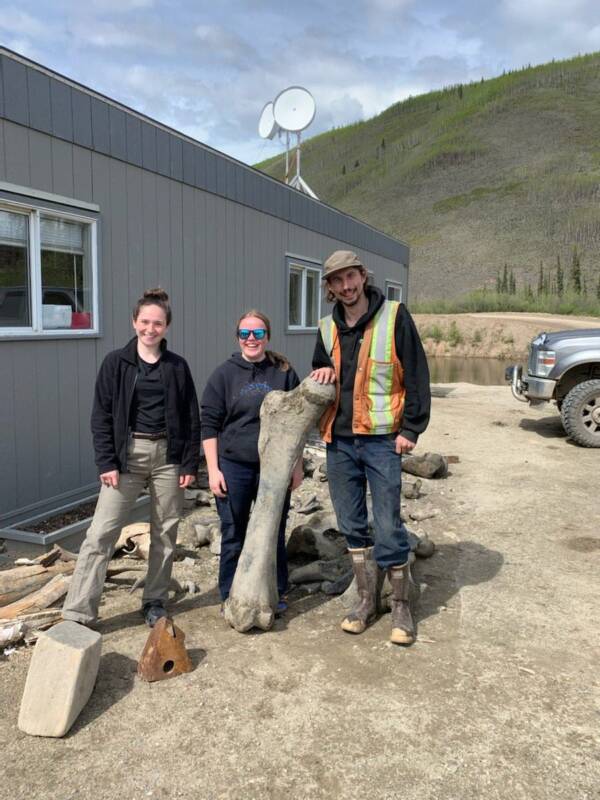 Yukon Beringia Interpretive Centre/FacebookThe miners turned over the bones to the Yukon government, which will formally catalogue and date them.

Although the discovery of the woolly mammoth bones is exciting, it’s hardly unique. CBC notes that miners have stumbled across Ice Age fossils since the Klondike Gold Rush, which started in 1896. In 2010, Yukon miners came across a complete mammoth skull almost five feet long.

“Miners need to remove all this frozen silt to get to the gold-filled gravel in the valley bottoms, and when they do that, they often uncover the remains of ice age animals,” explained Zazula.

But sometimes, people don’t have to dig to find woolly mammoth bones. A Canadian duck hunter came across a woolly mammoth femur bone in the waters of Ontario’s Crow River in 2016.

Nor are woolly mammoth bones exclusively found in the far northern reaches of Canada. Bones from around 60 woolly mammoths were discovered near Mexico City in 2020, leading one Mexican archeologist to exclaim: “There are too many, there are hundreds.”

That said, Zazula is still thrilled by the gold miner’s mammoth discovery. “It should be a really good summer with a lot of really great stuff,” he said.